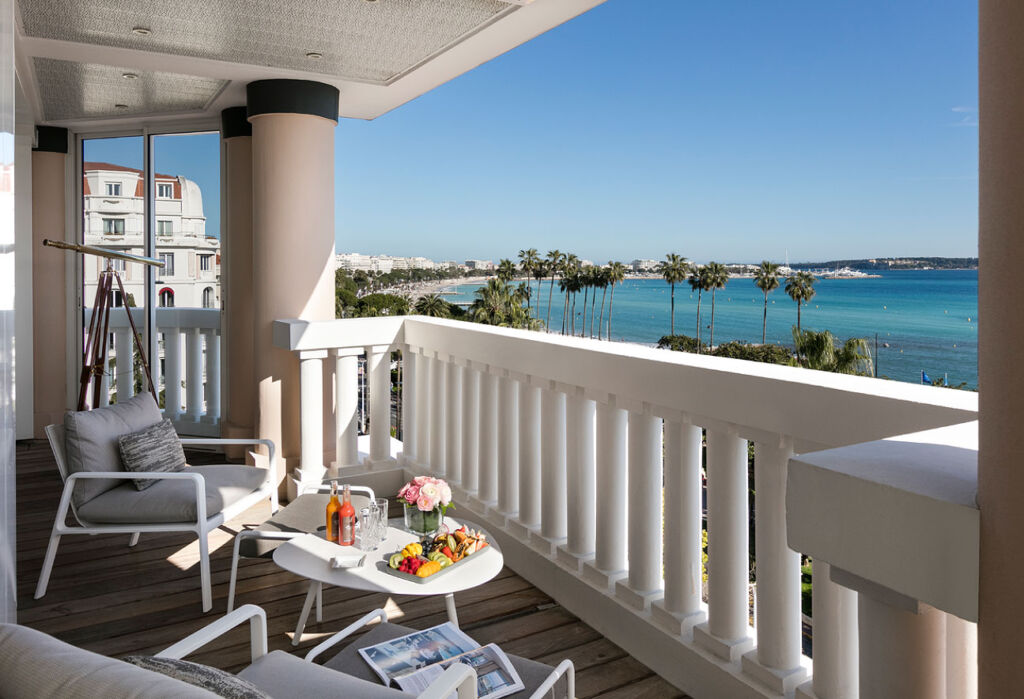 In what will come as great news to film fans worldwide, the Cannes Film Festival will be going ahead in 2021. For those attending the world-renowned festival, there’s probably no better place to stay than the Hôtel Barrière Le Majestic Cannes and in this feature, we’re taking a look at how they are preparing for the expected influx of fans and screen royalty.

The Cannes calendar has been a bit up in the air this year, with the Film Festival scheduled for early summer – a change of date that has enabled it to escape the impact of Covid and to celebrate the world of cinema with all the fervour and delight that it deserves. Film-buffs and locals can’t wait, and the Hôtel Barrière Le Majestic Cannes is getting itself prepared with plenty of enthusiasm.

With no festival and nobody around, the Croisette took on a thoroughly dejected air last May, traditionally a month that, for over 70 years, has seen it teeming with stars and glitter in celebration of the world of cinema. However, in contrast to last year when the Cannes Festival and the ascent of its famous steps were cancelled outright, the hotel knew that this year would only be a short postponement. 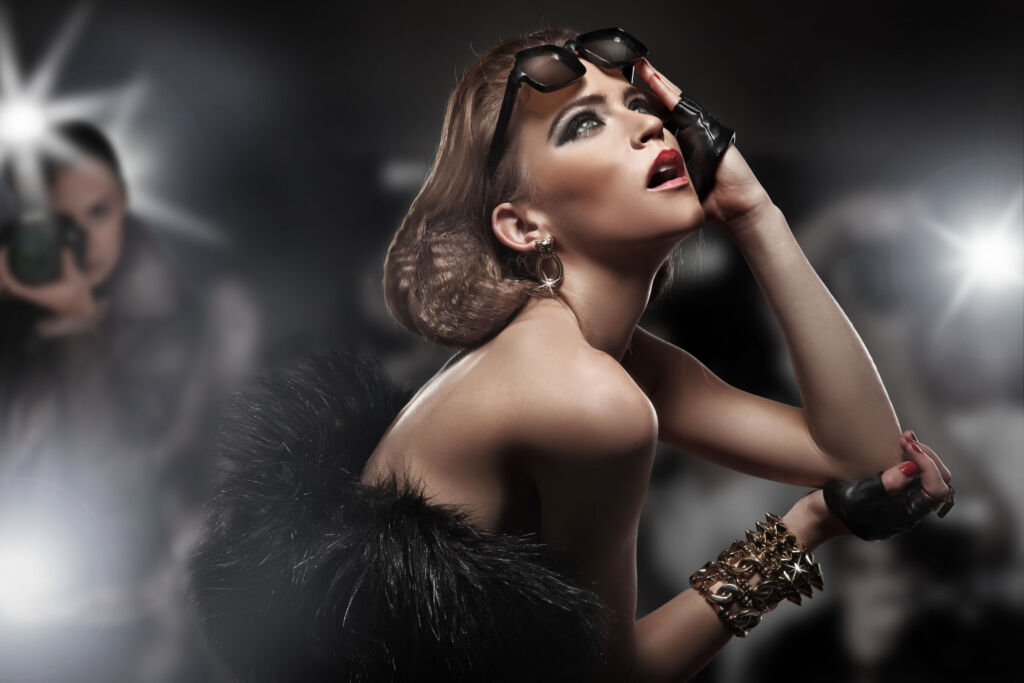 Optimistic in terms of the global Covid pandemic situation, festival chief Thierry Frémaux announced in January that the world’s biggest media event after the Olympics would celebrate its 74th edition in the summer, once the health situation allowed. And he was right, as the 2021 festival is now scheduled to run from 6-17 July.

A dream billing at Le Majestic
With its glittering jury, presided over by Spike Lee, an official selection brimming with the latest films by talented directors such as François Ozon, Nanni Moretti, Paul Verhoeven, Jacques Audiard and Sean Penn, and with Doria Tillier as its mistress of ceremonies, and Jodie Foster as its guest star, this year’s festival is looking as dazzling as previous events.

“It is undoubtedly a festival that will be different to others”, says Charles Richez, general manager of the Hôtel Barrière Le Majestic Cannes. “But it will be a festival as glamorous and festive as its predecessors.” 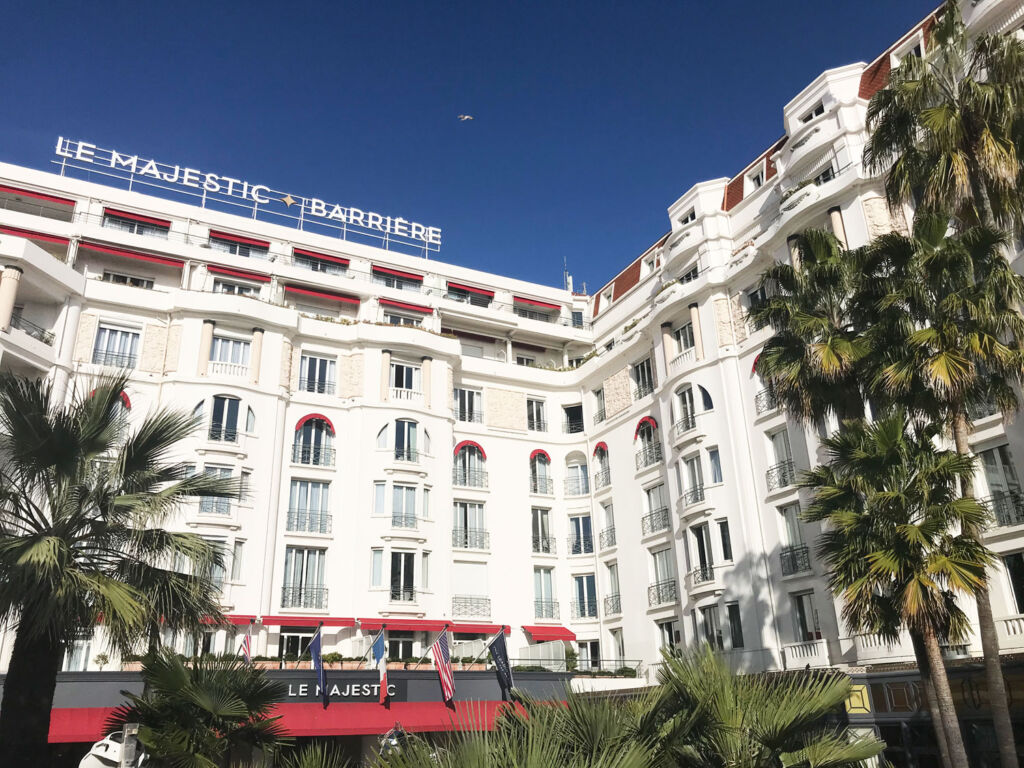 The high levels and quality of our bookings bear witness to this. One month before the opening ceremony, our hotel was already almost completely fully booked. Around a dozen of the leading names in fashion have retained some of the hotel’s best suites to use as their showroom, and we are also hosting some of the biggest studios from Hollywood and around Europe, as well as numerous celebrities from the movie world. I should also add that the cast expected here for this 74th edition is as captivating and just as extraordinary as previous festivals!”

Summer is off to a great start
In Le Majestic and in Cannes itself, there’s a real sense of optimism, a feeling enhanced by the fact that every day that passes brings more good news. “We’re getting requests on a daily basis. Especially from the US, which is particularly exciting, given that our friends from across the Atlantic haven’t been able to visit our region for over a year”.

Another source of satisfaction relates to the planning of receptions. The event venues at Le Majestic are in popular demand for cocktail receptions, photo calls, gala evenings, press conferences and other private events.

“The jury’s cocktail event on the opening evening will also take place at the hotel, while the reception following the closing ceremony will be held on our beach”, explains Charles Richez.

Between these two prestigious events, the Majestic’s teams will be managing a whole host of receptions. “We’re going to be very busy with this type of event as well. This year, the main focus for our clients is on hosting many of their events in outdoor spaces, which are considered less risky and restrictive from a health perspective.

Our restaurant terraces, the pool terrace, La Rotonde Grande Dame, La Plage Barrière Le Majestic and its famous pontoon are all proving extremely popular with festival-goers. After a quiet start to the year and a spring which, although better than we’d expected, remained below pre-Covid levels, this peak of activity is going to be hugely beneficial for us.”

Cannes back in the spotlight
This is indeed a joyous prospect after the sluggishness and uncertainty of the past few months. It’s important not to forget that just a few weeks ago, we were asking ourselves whether we would reach the end of the third wave of the virus before the end of spring. However, since mid-May positive signs have increased significantly, and the situation continues to improve. As a result, the festival has come back to life and with it Le Majestic. Will we return to the joyous excesses of pre-Covid times? 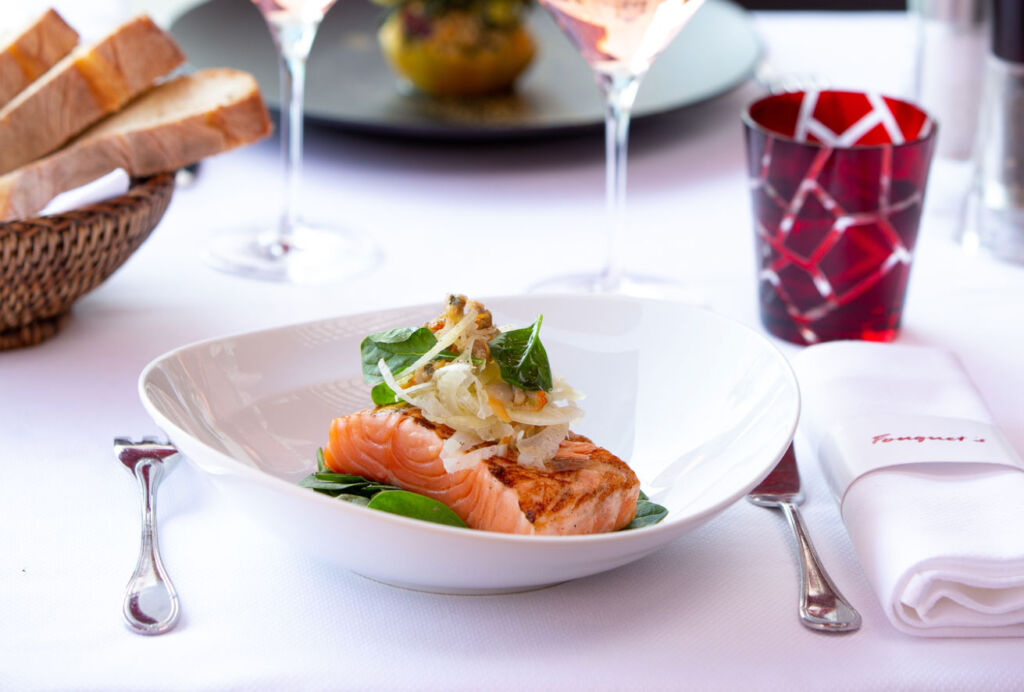 At that time, Le Majestic was posting record figures: 25,000 meals served, requiring 40 tons of fruit and vegetables, 3 tons of fish, 2 tons of lobster, 350 kilos of foie gras, 250 kilos of chocolate, 18,500 bottles of wine (half of which were champagne), 700 specialist wellbeing treatments given by the team at the Spa Diane Barrière Avec Biologique Recherche, 8,000 roses arranged in guestrooms, and 15,000 sheets changed over a dozen days.

“We probably won’t achieve those incredible numbers this year”, cautions Charles Richez. “We mustn’t forget that the world has been through a terrible experience and that the fight continues. Obviously, that has had an impact. However, we’re convinced that the 74th festival will be a truly wonderful event.

A magnificent official selection, the joy of meeting up again and sharing joyful experiences, the warm summer sunshine of the French Riviera and, just like our team at the hotel, a whole town impatiently awaiting this exciting event – everything is coming together to allow cinema to work its magic once again. And what amazing publicity for our destination! Thanks to the festival, we can send a strong message to the rest of the world: Cannes is back!”