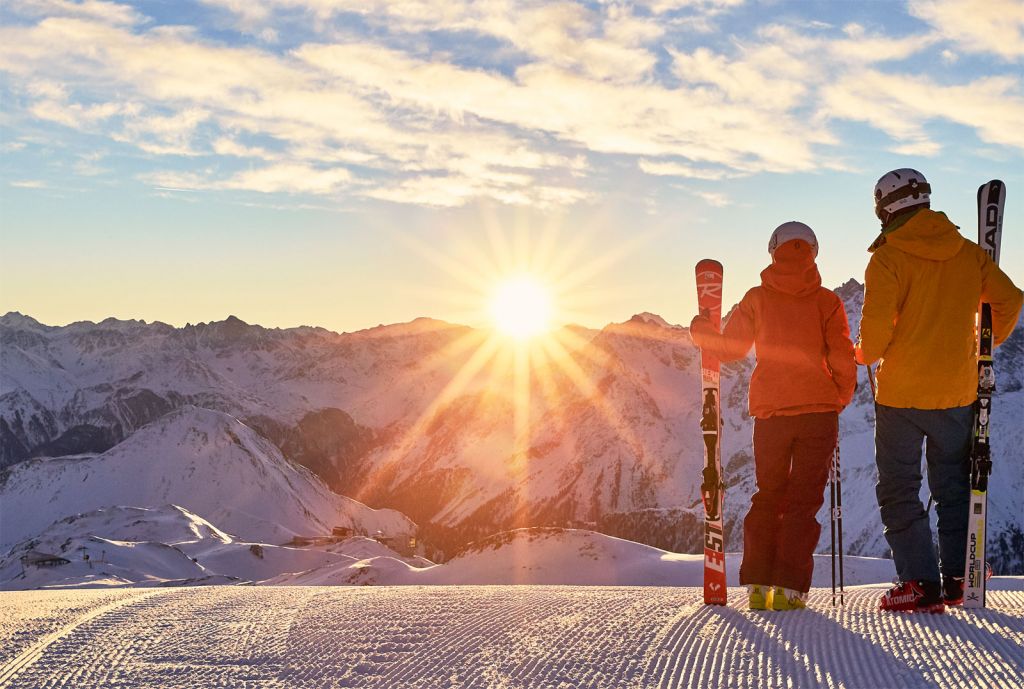 Luxurious Magazine’s Sabi Phagura heads to the slopes of Ischgl in Austria to finally try her hand at skiing.

What’s the cut-off age for starting to learn how to ski? Surely, it’s a sport you need to take up as a child? Apparently not. Just as health experts have been saying for years about exercise and fitness, skiing professionals say it’s never too late to start.

As an active, adventurous fitness-loving individual, people are often miffed when I say I don’t ski. And why wouldn’t they be? I am often found starting each year in a ski resort. But my love of tobogganing and snowshoe hiking has always taken over, and well, the actual skiing always fell by the wayside. But I can’t lie, I have secretly wanted to learn and be part of the club. So, when the invite presented itself to spend a few nights at Hotel Madlein, in celeb-magnet trendy Ischgl, it was a no-brainer. 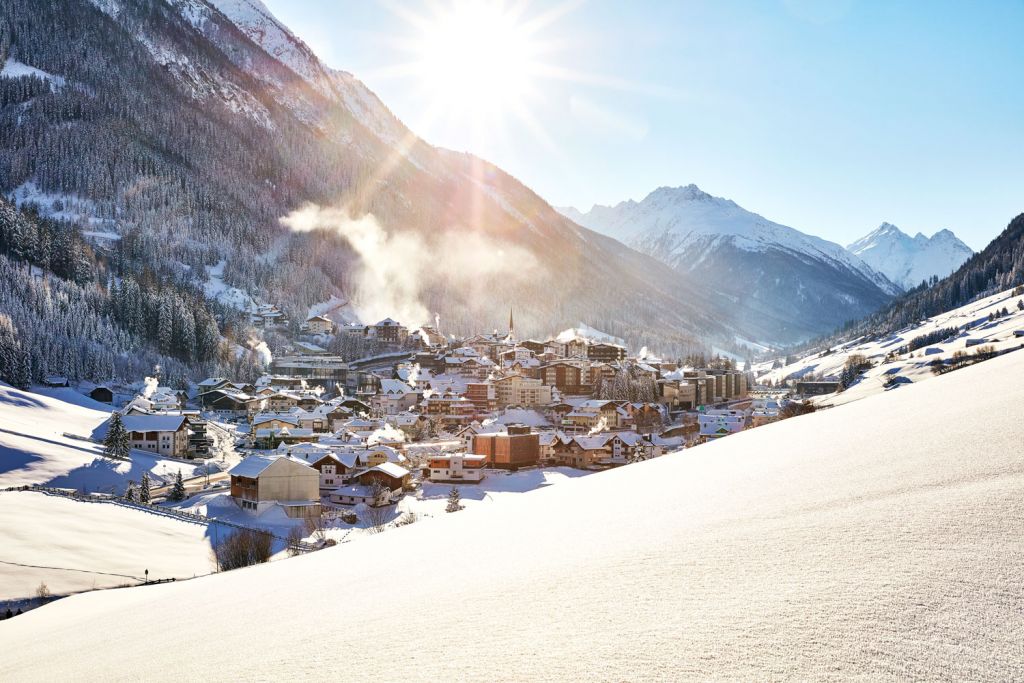 Ischgl has been a premier destination for many Europeans over the years and has recently has been acquiring a broader following from many other countries, including the Brits. And it’s not just because of the quality of the pistes, but the music too. Ischgl has become equally famous for its start and end-of-season Top of the Mountain concerts attracting A-list international stars including Elton John (his piano alone was airlifted to the stage), Mariah Carey, Pink, Kylie Minogue, Bob Dylan and Tina Turner to name a few. And as for the slopes, they are extensive with stunning scenery.

The 239-kilometre Silvretta Arena ski area extends across the Swiss border to the Engadin resort of Samnaun and is loved by mileage-hungry intermediates who enjoy covering lots of ground daily. 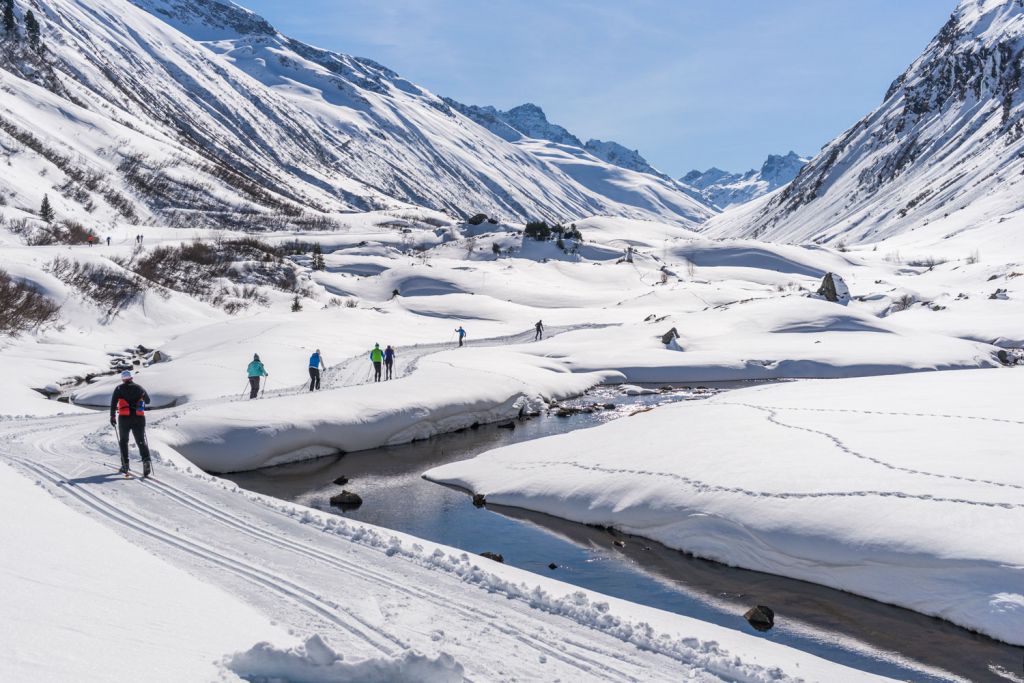 Fortunately, the Idalp at 2,320 metres, near the biggest open-air arena of the Alps, also provides a perfect starting point for beginners. And this is exactly where I began my lessons in earnest with ski instructor Frances Younghusband (who has been skiing for 45 years and counting). I was also kitted out at the connected hotel ski shop and caught the Fimbabahn cable car complete with heated seats.

Finding a positive and supportive mentor is key because they know how to read people and harness their strengths. Frances read me like a book, and encouraged me when I was lacking enthusiasm and corrected my mistakes. And above all, she was patient, which, in my humble opinion, makes a difference between succumbing to fear or overcoming it.

It’s a strange feeling having long planks attached to your feet and tempting to want to look at what the tips of your skis are doing at all times. But Frances suggesting looking about ten feet ahead instead. The next important lesson I learned was to bend the knees. “We’re not used to being in a squat position all day, but doing this forces you to shove your shins into the front of the ski boot gaining control of your ski.,”, explained Frances. “It helps centre your upper body above your legs, keeping your balance over your sweet spot.”

And the next obvious lesson I needed to learn was how to stop – “hello snowplough”. This is where the skis are in a “V” shape (think pizza slice), a stable position which acts as a brake. It’s one of the easiest ways to start learning to ski. It didn’t look or feel like a very natural position because it isn’t, but I soon realised it gives you the most control and stability. It took a good few tries before I mastered it and had the confidence I wouldn’t fall.

Try, try and try again…
Falling is a part of learning. You’ll fall…a lot. And that’s OK, and you pretty much have a soft landing. The key is not to get disheartened, and to get back up again and try again. I have to say getting up wasn’t the easiest of feats because of the skis and I had to be hoisted up by Frances, almost dragging her down with me. And because I didn’t want to fall, I did my best to stay upright and used the snow plough whenever I needed to. But when I did face-plant, I self-assured myself that at least I didn’t slide down the slope.

Picking the right resort is key to learning to ski. While some mega-resorts have all the terrain in the world to choose from, the reality is if it’s on one mountain, it will dominate the landscape. Here at Ischgl, there is a combination of excellent grooming and a proper ski school. And the magic lift (an upward travellator) allowed me to repeats practice on the slopes again and again.

In less than an hour, Frances decided to introduce me to “traversing”.

In alpine skiing, “traversing” involves skiing back and forth almost perpendicular to the slope, so you descend by a few metres with each turn. Once you cross over to the far side of the trail, you turn and ski back to the opposite side. I’ve seen skiers do it all the time, but it looked far too technical for a beginner like me. But gently encouraging me, Frances demonstrated how to rotate my body slightly, so the uphill ski is further forward than the downhill ski.

By shifting my weight forwards and rotating my ankles toward the hillside to the far edge, I then performed a parallel turn to begin traversing in the opposite direction. In reality, I didn’t follow these instructions straight away and kept snow ploughing. And truth be told, I wanted to give up several times, not least because I couldn’t get my head around it, but also because I was tired. However, I persevered, and eventually, I actually got it!

But as with everything, learning to ski takes time and patience. And by the time I was strapped in my ski boots 24 hours later in neighbouring Galtür (another great ski learning area but on a smaller scale), I felt I had forgotten everything. My instructor Andi had to go over everything I had covered the previous day several times before it all clicked again.