Research by letting and estate agent, Benham and Reeves, has found that the price premium being paid for a freehold property by homebuyers in England and Wales is at its highest since 2011.

Using property transaction data, Benham and Reeves found that the price gap between a leasehold and freehold property was 14.3% in 2011, dropping consistently year on year to just 5% in 2014.

Historically, freehold has always been more preferential than leasehold. With freehold, the buyer becomes the owner of the property and the land. Also, ground rent and service charges do not factor, and conveyancing costs are lower.

If we go back just one over a year, there was the leasehold scandal. It was considered a scandal as homes had increasing ground rents with some new homeowners paying massive amounts for ground rent in future years. It resulted in homebuyers paying even more for freehold property to avoid such a situation.

The most significant freehold price gaps are in London high-end market, with Camden home to the highest with a 227% increase!

Homebuyers in Elmbridge are paying 159% more for a freehold, the highest outside of London, followed by the City of Westminster, Islington and Hammersmith and Fulham.

London is where you’ll find the majority of the most significant price gaps. Chiltern has the most substantial freehold price premium outside of the capital at 105%. South Bucks is also very prominent in the rankings with a 92% freehold property premium.

Marc von Grundherr of Benham and Reeves commented: “There is no doubt that the leasehold scandal has had a severe impact on buyer sentiment and the amount people are willing to pay to avoid any of the potential nightmares that unfolded last year.

So much so that the premium paid for a freehold home has already hit it’s highest levels in nearly a decade and will no doubt continue to do so.

A freehold is always the preferable path when buying, but unfortunately, not everyone can secure themselves a foot on the freehold ladder, either due to a lack of stock or the additional financial cost.” 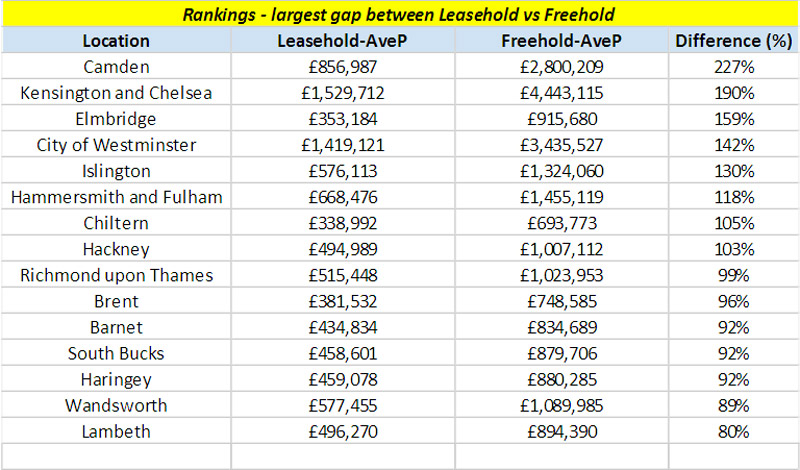 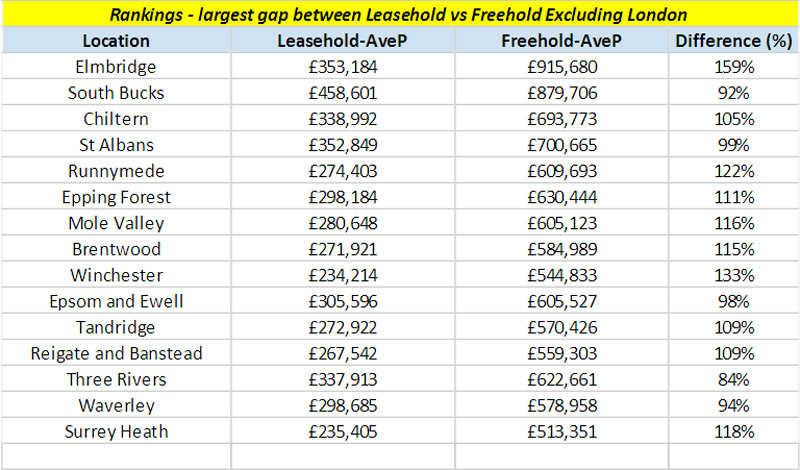 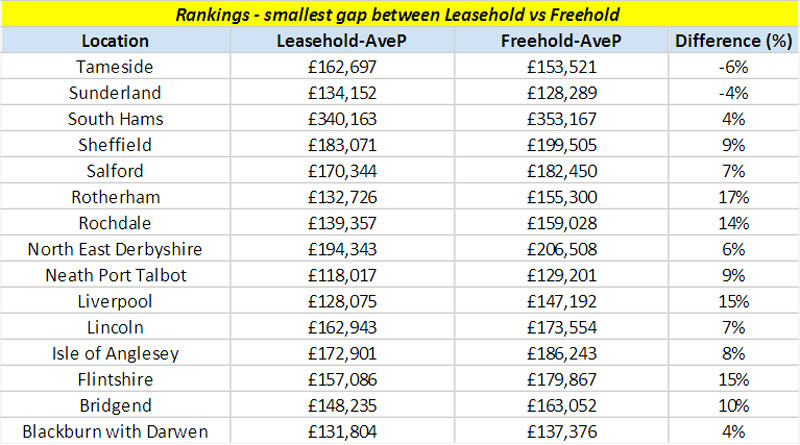 For more articles on the property market click here.