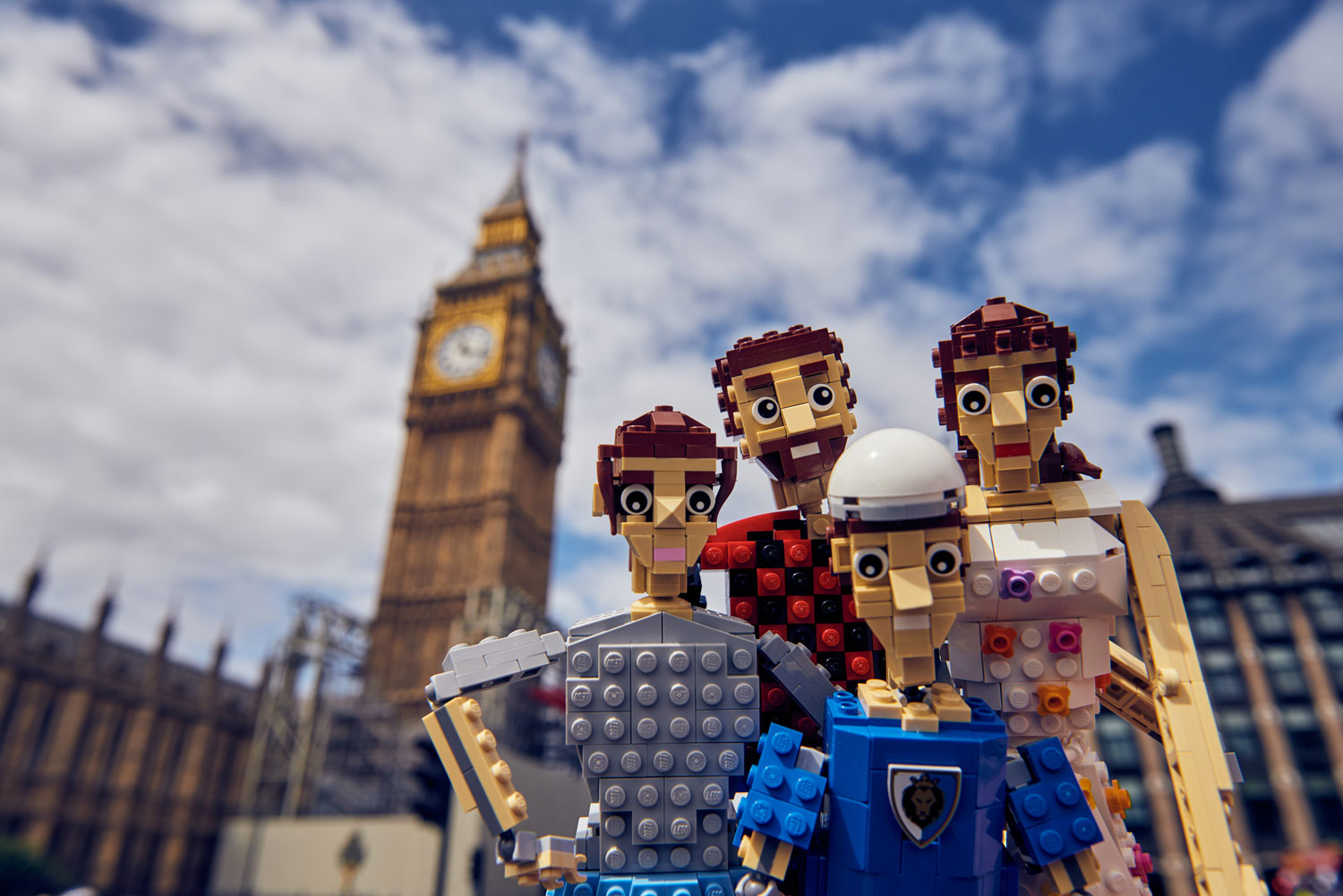 Brits were shocked to see a miniature modern family made from LEGO bricks sightseeing this morning in London.

Spotted at some of the city’s most iconic landmarks, the family donned LEGO beards, rucksacks and selfie sticks as they made their way to tourist hot spots, such as Buckingham Palace and Big Ben. The sculptures were created to celebrate BRICKLIVE, the UK’s largest LEGO exhibition, arriving at the London Excel on the 27th – 30th July. 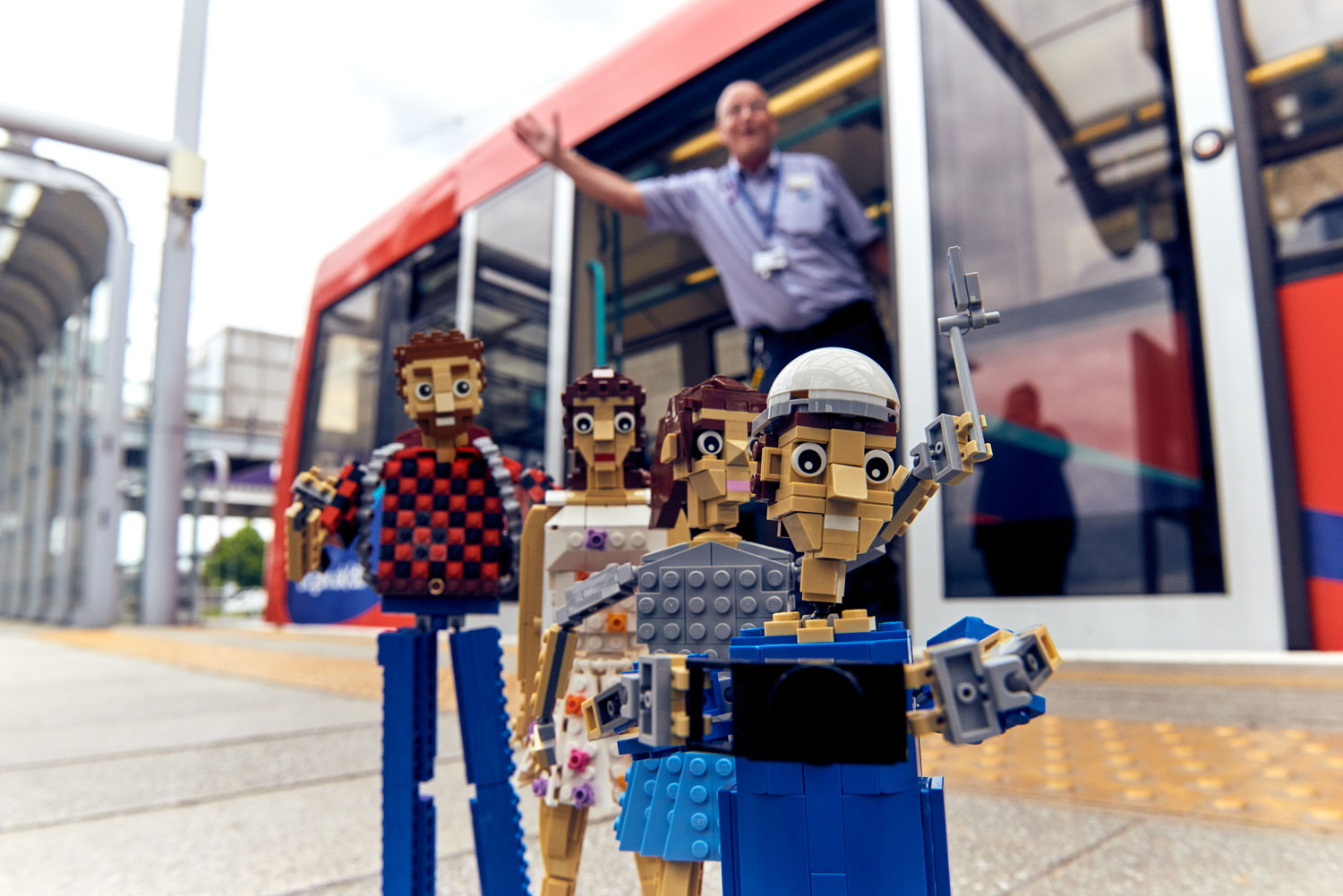 Causing mayhem among commuters and residents, the family of four were also seen jumping on the DLR train – which is celebrating this week 30 years of service – and hovering over East London via Emirates cable car with views of the O2 Arena and London Excel. Each model took a painstaking 36 hours to put together and have over 150 delicately placed bricks that form the figurine. 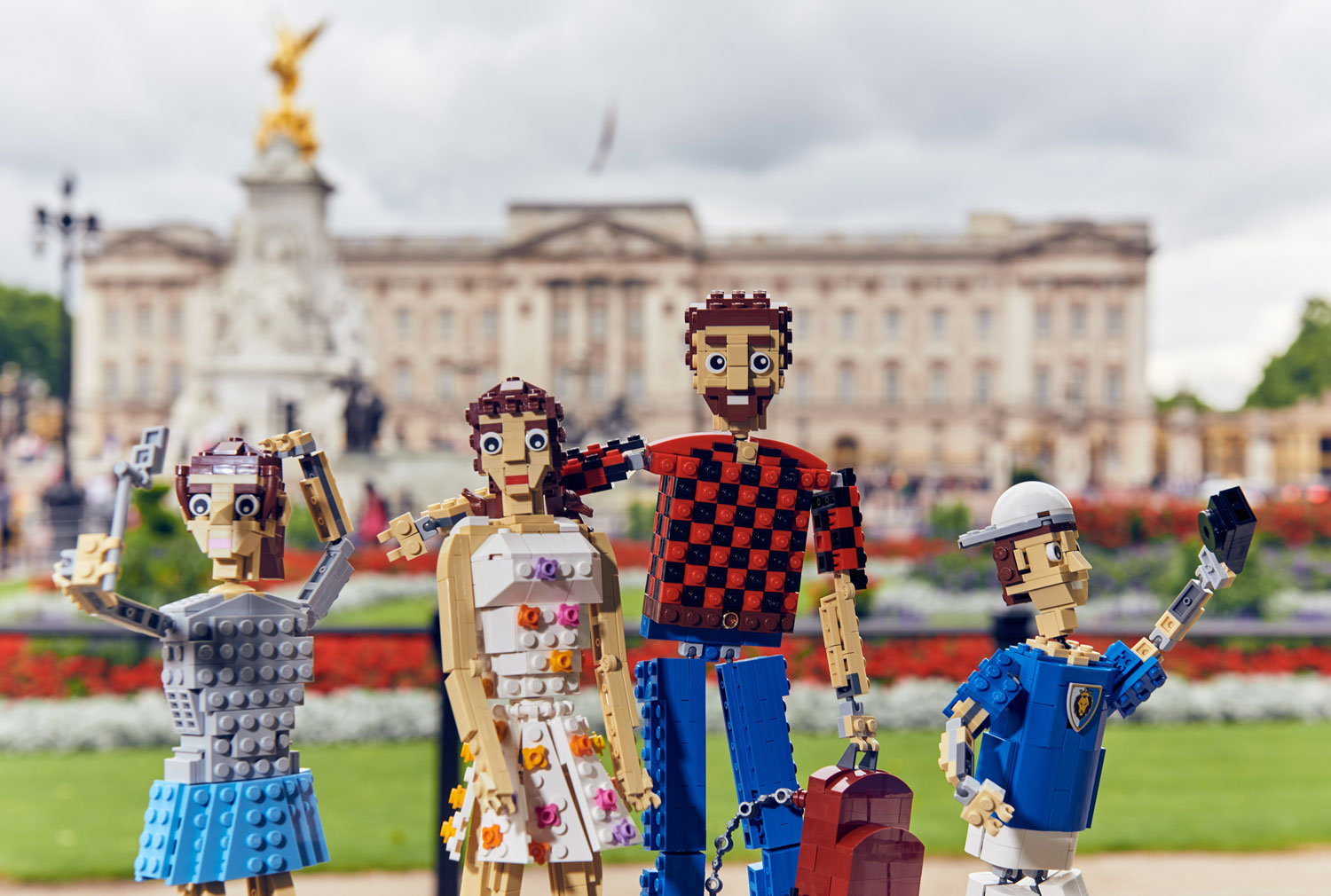 BRICKLIVE is an unmissable experience for LEGO fans of all ages, visitors can expect to see enormous LEGO sculptures, dive into brick pits, plus play with a whopping three million LEGO bricks that will fill the free-build zones for enthusiasts to create their dream creations. Meet real live master builders from across the globe as some of the world’s finest builders display their latest creations, exclusively for BRICKLIVE.

From Star Wars and Ninjago to Minecraft and Friends – fans can experience their favourite LEGO themes all under one roof. BRICKLIVE offers visitors a full day of entertainment for the entire family, attendees can visit our shopping strip, ‘Brick Lane’, from nostalgic sets, a lost piece in a collection or simply a memento from a great day out, BRICKLIVE has it covered.

Visitors can make their way to the London ExCel using the Emirates Air Line cable car for just a £2.50 single fare. To redeem this exclusive discount, all you need to do is show a confirmation email/ticket to the staff at the terminals.