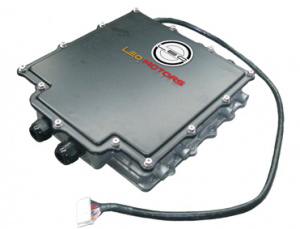 The LZ-1 electric super car goal is to drive 249 miles on only a single charge; with a top speed of up to an impressive 161 miles per hour; exerting a maximum torque of 68kg/m generated from 240 kW electric motor, which would be a monstrous performance comparable with the mechanical performances of Tesla electric sports cars. The Tesla electric sports car is is known to have a driving range 249 miles, a maximum speed 125 miles per hour, and a maximum torque of 40kg/m using 215 kW electric motor.

Leo Motors has already completed the development of rolling chassis. John Lee, CEO of Leo Motors, is working with Wayne Draper and Steve Park, former chief designers of Ford, for the styling of the car. According to Mr. Lee, “Our goal is to make the new electric super car drive 0-60 miles per hour from the start within 2.9 seconds. If the goal is achieved Leo’s new super car would be the fastest among EVs including Tesla.”