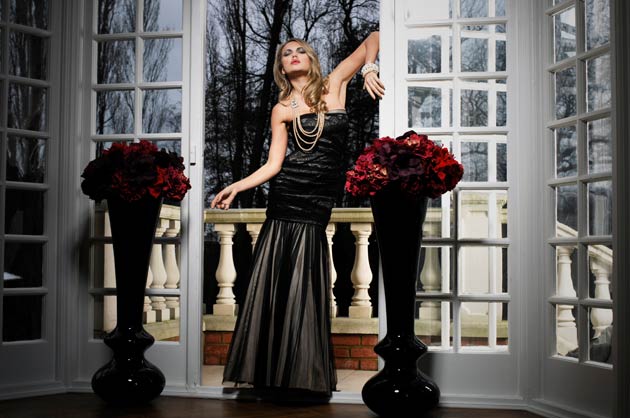 This dress was made exclusively for Leona, a bespoke gown made from the finest of silks flown in from Paris. Beautifully hand crafted, creating the finest of gathers. Featuring cut out details at the waist with a thigh high side slit and open back, creating a fabulous silhouette.

The 45 year old British fashion house, described as ‘the power of Carnaby Street’ in the 70’s has taken the celebrity-scene by storm since becoming an online proposition in April this year:

“It’s elegance, beauty and simplicity,” says Creative Director Lana Marie Constantine. “That translates effectively online and celebrities can trust that it will not be over exploited as every dress is a very limited edition”.

Ariella recently won a trademark battle granting it the Ariella trademark in 32 countries including Italy, France, Russia, Germany, Spain, Australia and Canada, opening the door for it to become a world brand.

Judging by the success of its launch in London, this is squarely on the cards.