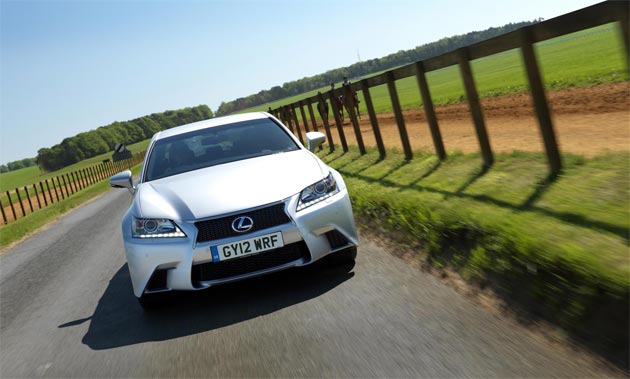 Lexus has received an industry innovation award for new air conditioning technology that uses much less power to deliver the level of comfort expected of a luxury vehicle. The S-flow system, introduced in the new GS 450h full hybrid saloon, has been recognised in the first honours to be presented by the Automotive Interiors Expo. 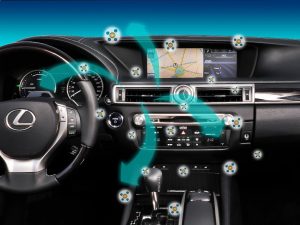 The unit, featured in the standard specification of the flagship GS 450h Premier, is designed for performance and efficiency. And thanks to new nanoe technology, it can also deodorise the cabin while at the same time moisturising the skin and hair of anyone on board.

At the moment it is available in just a single version of the GS 450h, but the award recognises the fact that this is a technology that could easily be transferred to more models in the future.

The system uses sensors to detect when the front passenger seat is occupied; if it isn’t, it automatically closes all the vents serving that seat. The same applies to the rear seats, when the S-Flow button is switched on.

It measures the ambient temperature outside and inside the car to determine the optimum level of air conditioning required, and also calculates a target airflow volume for each seat. When the system has to work hard – when cooling down in summer or heating up in winter – it operates all around the cabin until the desired temperature has been reached and stabilised. At that point, it then adjusts automatically to focus heating or cooling only around the seats that are being used. 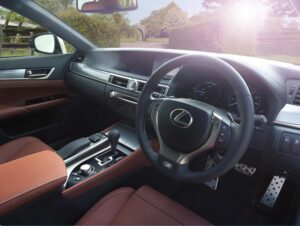 Another innovation in the system’s design is the use of air purifying nanoe technology. This operates automatically when the system is switched on, releasing minute nanoe particles – negatively charged ions wrapped in water molecules – through the driver’s dashboard air vent.

These nanoe ions can clean the air and eliminate odours by attaching themselves to airborne particles and molecules. They can also deodorise the seats and roof lining to create a cleaner cabin environment. And because nanoe moisture content is about 1,000 times that of conventional ions, they can also have a moisturising effect on human skin and hair.