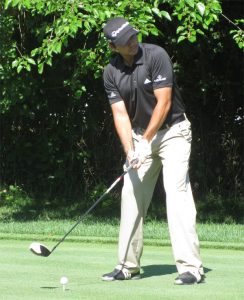 Lexus is thrilled to announce the addition of 23-year-old Australian golf sensation Jason Day to its roster of sponsored golf champions.

Jason Day’s sponsorship kicks off at the 2011 U.S. Open Championship (June 16-19) where the young star will wear the Lexus logo on his apparel and make appearances at Lexus events as a brand ambassador.

“Jason Day represents the next generation of golf,” said David Nordstrom, vice president of marketing for Lexus.  “He plays with the same dedication to excellence Lexus applies to every car it manufactures. Jason will be instrumental in helping us introduce the brand, and our entire line of vehicles, to a whole new demographic of young drivers around the world.  And as one of the youngest players in the PGA, we’re confident in his ability to do that.”

Jason Day said “I’m excited to have Lexus sponsor me because it’s a premium brand that is dedicated to perfection, and that’s what golf is all about, I’m looking forward to joining the Lexus elite roster of champions.”

Day was introduced to golf by his father at an early age.  After his father passed away when Jason was only 12, Coach Col Swatton encouraged him to stick with the sport and eventually helped him attend a golf academy in Australia where he fine-tuned his skills.