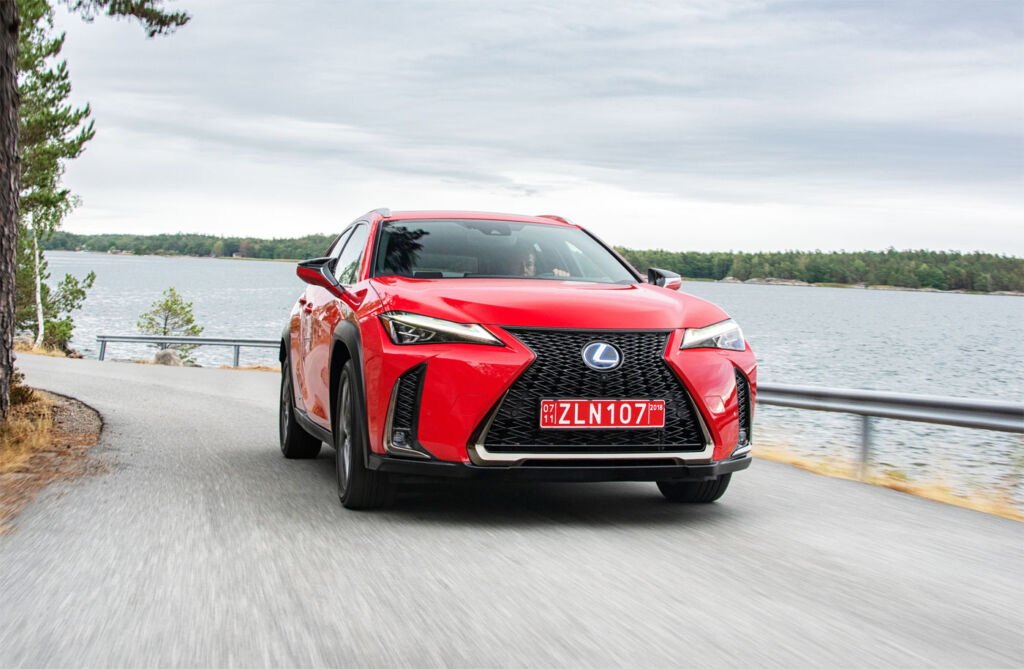 With an eye-catching design and impressive statistics, the new Lexus UX Compact SUV could be a segment leader. Sabi Phagura gets behind the wheel to discover just how good it is.

The much-anticipated new Lexus UX has finally arrived. Its aim was to combine new design elements and ultra-efficient powertrains, while retaining its luxury and safety trademark. And how did it get its name Lexus UX? By adding Urban and X-over (crossover) together.

The Lexus UX is designed to appeal to both the modern urban explorer as well as to families wishing to downsize after their children have flown the nest, and who are after a stylish motor and practical solution to their lifestyles.

Self-charging hybrid
This is Lexus’ first compact SUV, which may not sound quite so new when other brands have already launched one. But what separates the Lexus UX is that it’s a hybrid-only model which helps it to stand out. And the brand anticipates that this, together with an arresting front grille (which is irresistible to the touch) and sharp cuts and creases across its shiny exterior design, will propel the UX to become the brand’s UK top seller over its larger RX SUV and NX stablemates. 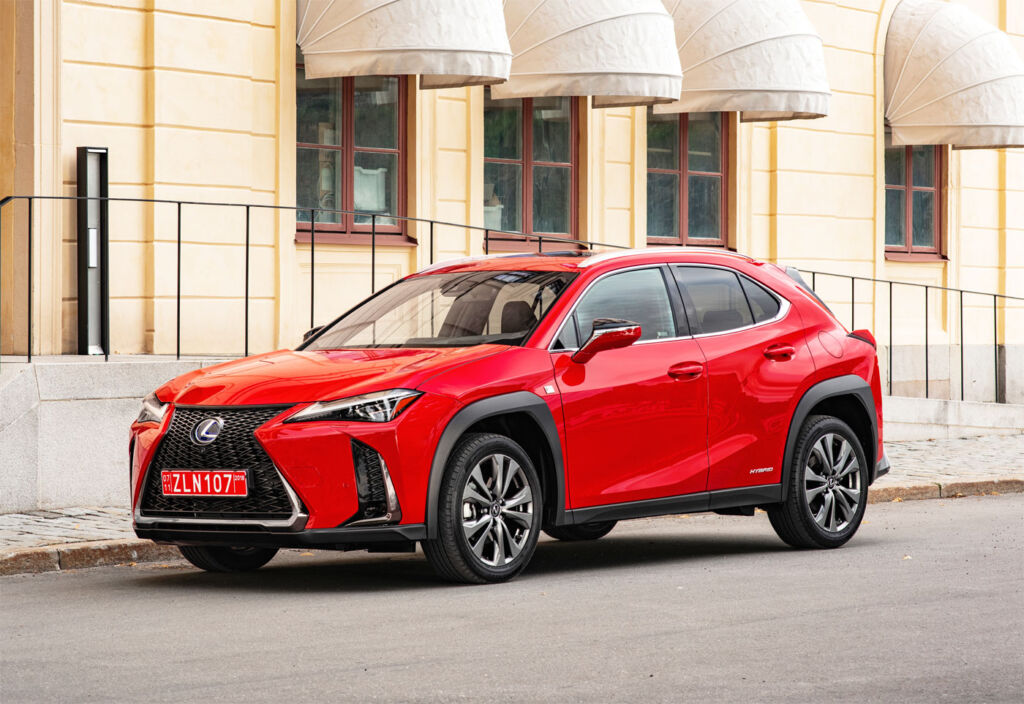 The exterior
The UX is the first car from Lexus to be constructed using the Global Architecture – Compact (GA-C) platform, thus making it strong but lightweight. When it comes to proportions, the UX is longer than rival compact SUV brands, but middle of the pack on width. It will be available in the UK as a self-charging hybrid but a 2.0-litre petrol version is available elsewhere in Europe. It’s a front wheel drive but you can opt for a four-wheel drive. 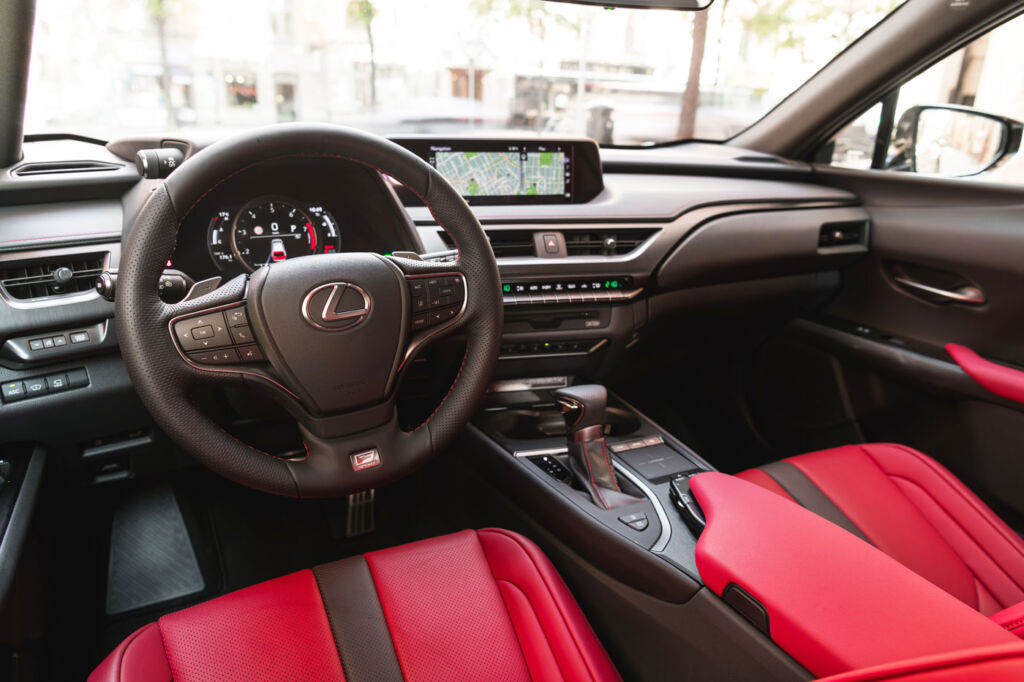 The interior
The interior design is neat and almost minimalistic (there’s a fair number of buttons across the dashboard and steering wheel, but they feel good to the touch and well made). The controls on the infotainment screen (varies from seven – 10.25 inches depending on specification) are all angled towards the driver. You could describe the inside of the car as driver-orientated, leaving passengers to kick back and relax.

So, what’s it like to drive?
As soon as I took my position in the driver’s seat, you notice that you are actually sitting relatively low down, which is pretty unusual for a high-riding SUV. But Lexus seats are very comfortable and there’s good adjustment to the driver’s seat and steering wheel to make longer journeys pleasant. It has an open feel to it and is rather roomy at the front which was in contrast to the back which I found felt like it should be a two-seater rather than three.

The buttons
The infotainment system wasn’t the easiest use if you just wanted to drive and go, but after spending a little time with them, they became familiar. But I particularly liked the head-up display projecting key information in colour on to a virtual screen in front of me. It made for easy focusing on the road ahead.

The UX was really easy to drive and manoeuvre from the word go and it took no time to get used it. The brakes are easy to apply without being overly sensitive, and the steering was super responsive. On the winding coastal roads of Barcelona, the drive felt incredibly smooth and I felt I was gliding along the road as calm as the coast to the side. Driving along the motorway was just as pleasant and the motor remained quiet. In fact, the UX only became noisy when I switched on the Sport mode – the amplified racing noise is deliberate to make the driver feel like they are operating a sports model. The optional Parking Support Alert made parking a doddle too.

The finer details
Going into the finest detail in the pursuit of luxury, Lexus acoustic engineers worked with neural scientists to create the best possible door-closing sound. Using research into the brainwaves created when a luxury car door closes, the team selected specific materials and adjusted the shape of the door by tenths of a millimetre to produce just the right satisfying tone. Great if you detest the sound of doors banging whether done deliberately or not.

Economical and efficient
If you’re a green-conscious driver, you will be pleased to learn that the Lexus UX is incredibly efficient. CO2 emissions are low at 94g/km in comparison to other models which range from 120 to 147g/km. The car is also good on fuel. You can expect real-world economy of around 52 mpg. 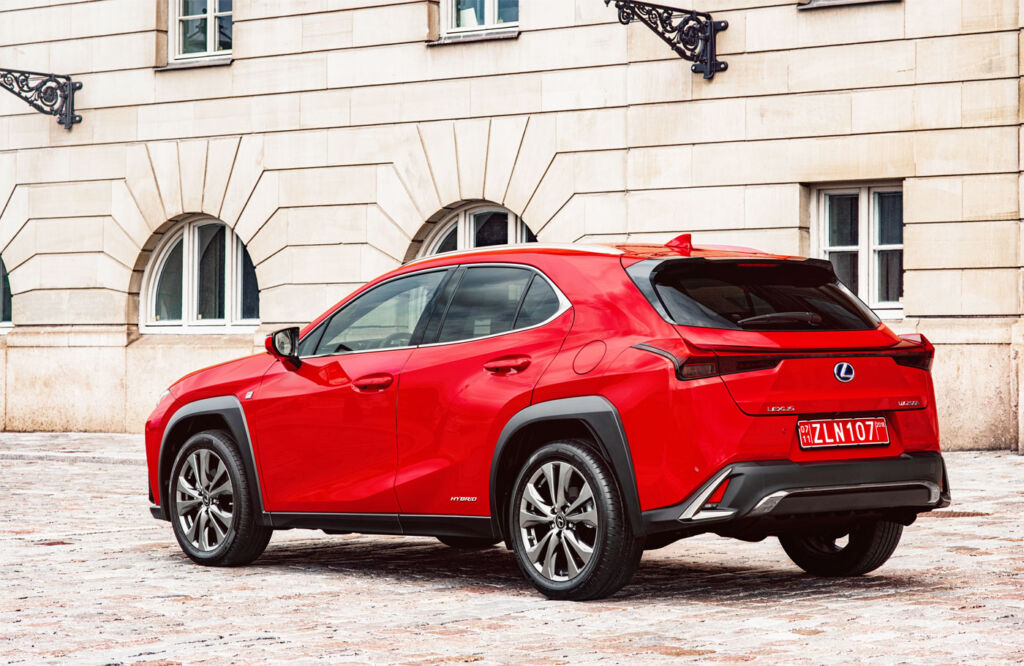 The Lexus UX is available in 12 exterior colours, including three developed specifically for the model. The entry-level comes in at just £30,000, but the hybrid F Sport version costs just under £34,000 and will be launched in the UK on 22 March.

Lexus UX Plus Pack – Specifications at a glance:

Lexus UX Plus Pack – Where and How?

For more information on the Lexus UX, visit www.lexus.co.uk.