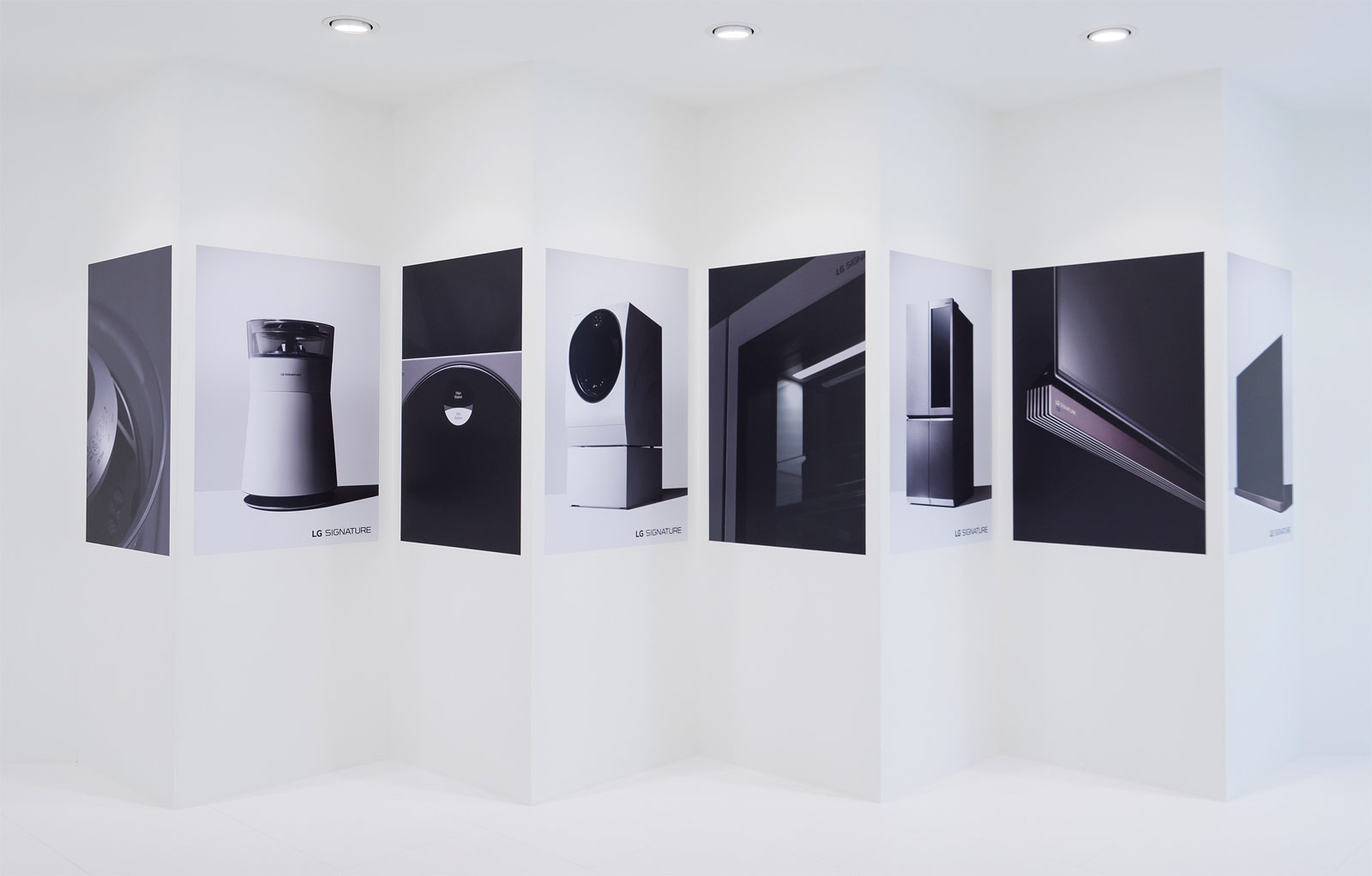 I sat in the Crown Plaza in central Berlin surrounded by a sea of official-looking lanyards along with lots of excited chatter in Korean over morning espressos, with the native German visitors to the hotel looking over in a bemused manner at the takeover of the breakfast room.

This is, of course, the first morning of the massive IFA 2016 event, a showcase of what the biggest electronics companies have to offer from around the world. 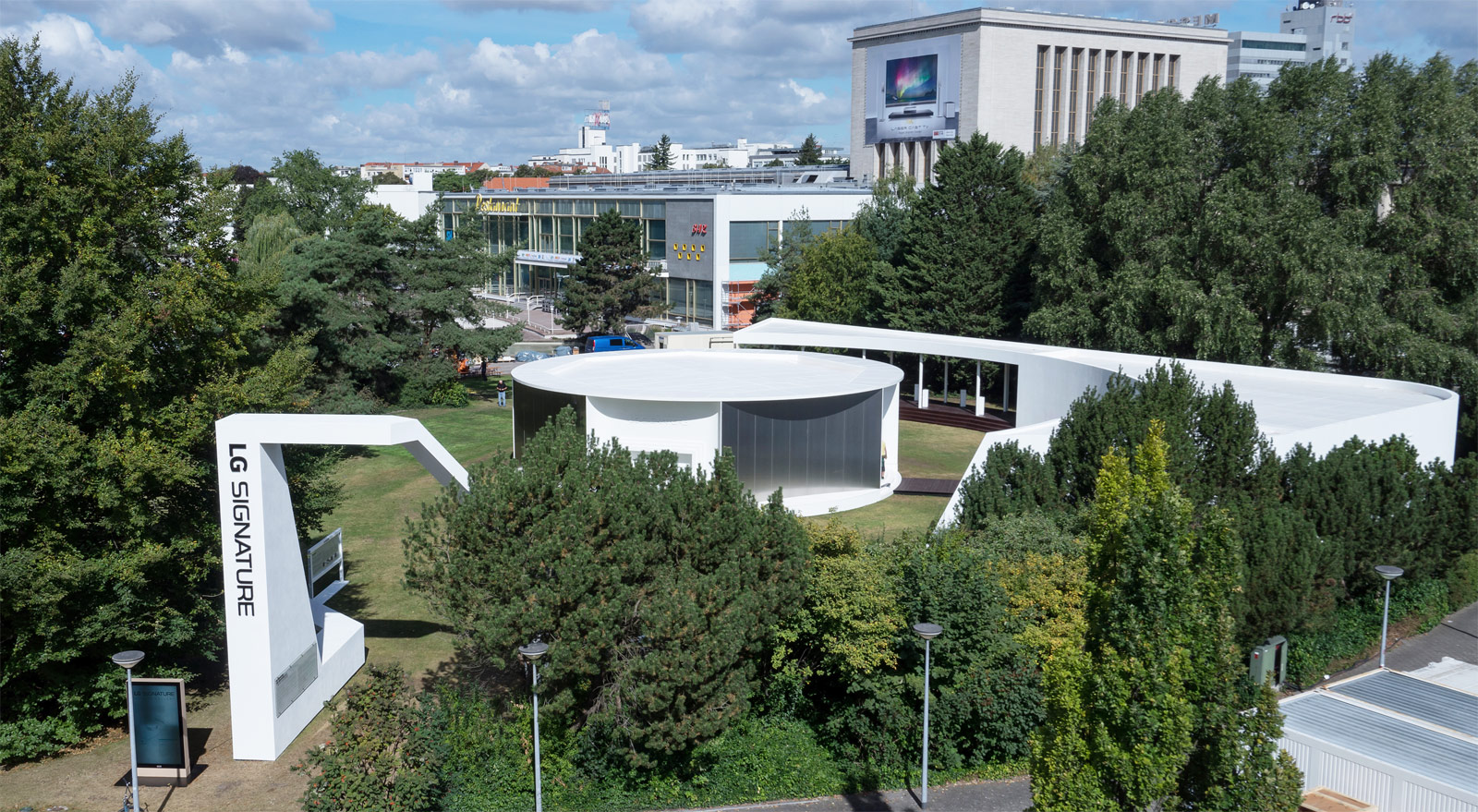 I was in attendance as an invited guest of the South-Korean electronics giant, LG Electronics. Within the UK, LG and Luxurious Magazine have a strong relationship and the IFA event would provide an ideal opportunity to learn about the new cutting-edge products from the brand which should find their way into many of our reader’s homes and businesses.

LG Electronics has never been a brand to do things by half. Not content with their sizable stand within the relatively generic exhibition centre, LG also constructed two separate exhibition areas outside in the ‘Garden Gallery’ reminiscent in style of a miniaturised version of L.A’s Getty Gallery. For those unfamiliar with the gallery, let me simplify my comparison by saying they were ‘rather nice’.

The LG structure was designed by prominent South-Korean architect Soo-In Yang and is divided into two pieces, conveniently named Gallery I & Gallery II. 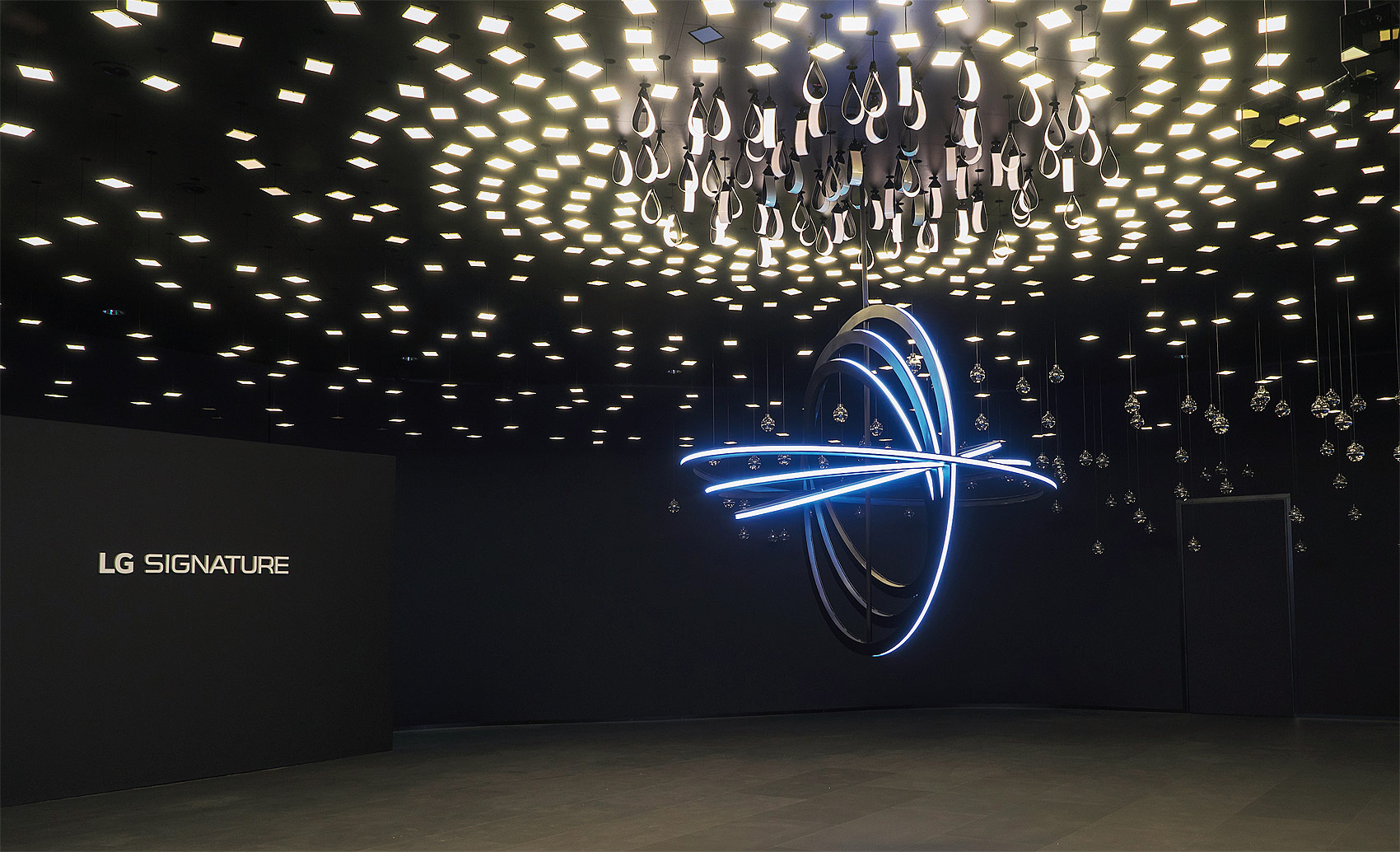 Gallery I is a circular room with an artistic audiovisual showcase via the Jason Bruges Studio, led by the  British artist whose most notable works include the famous “Theatre in the Sky” light installation at the top of the Shard at the end of 2014. 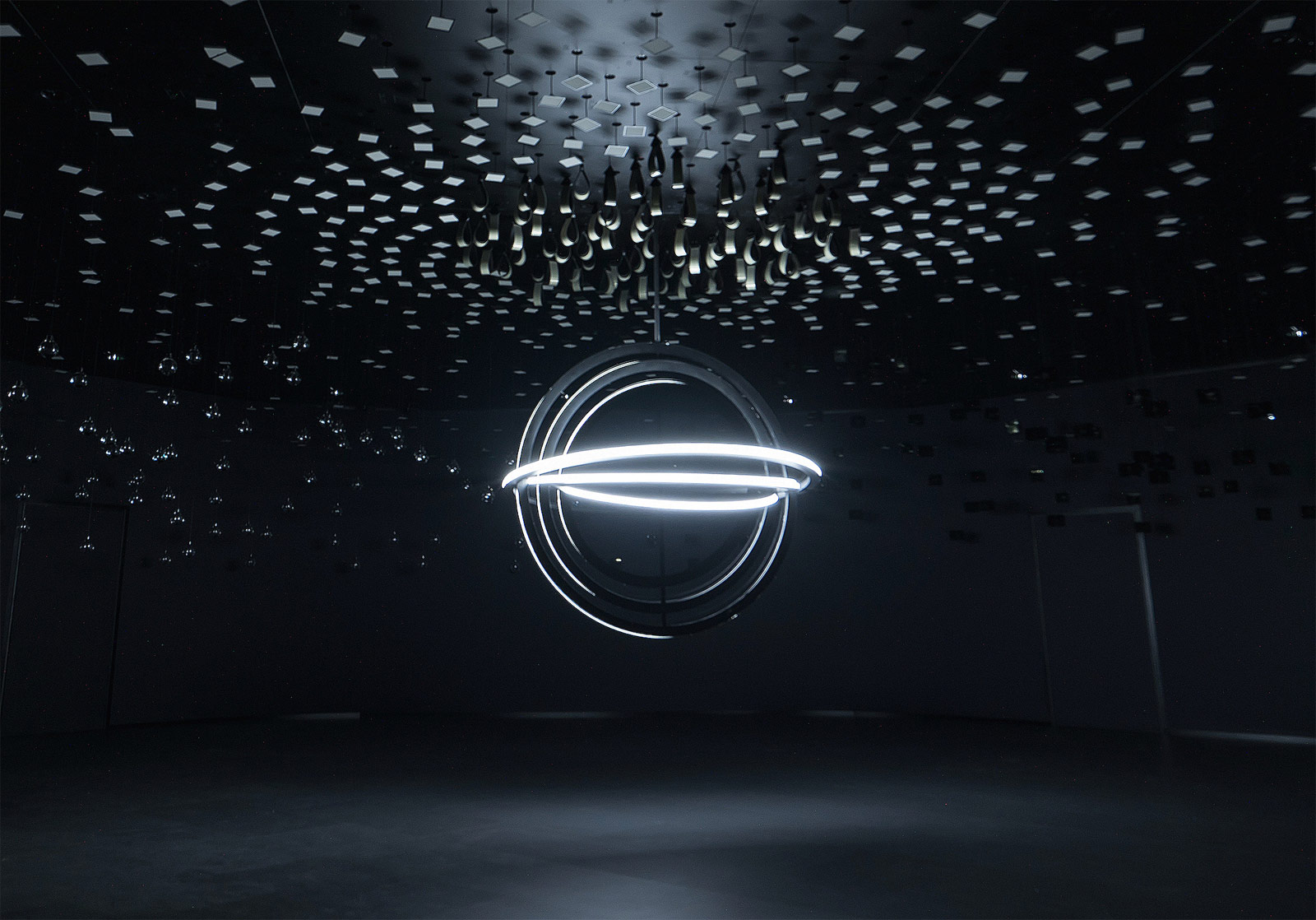 In this installation we were treated to a complex show of light and sound for several minutes, with different parts of the room lighting up with different shapes representing the different themes of the new products; “Moon” for the washing machine, “Stars” for the OLED TV, “Rain” for the air purifier and “Ice” for the refrigerator. 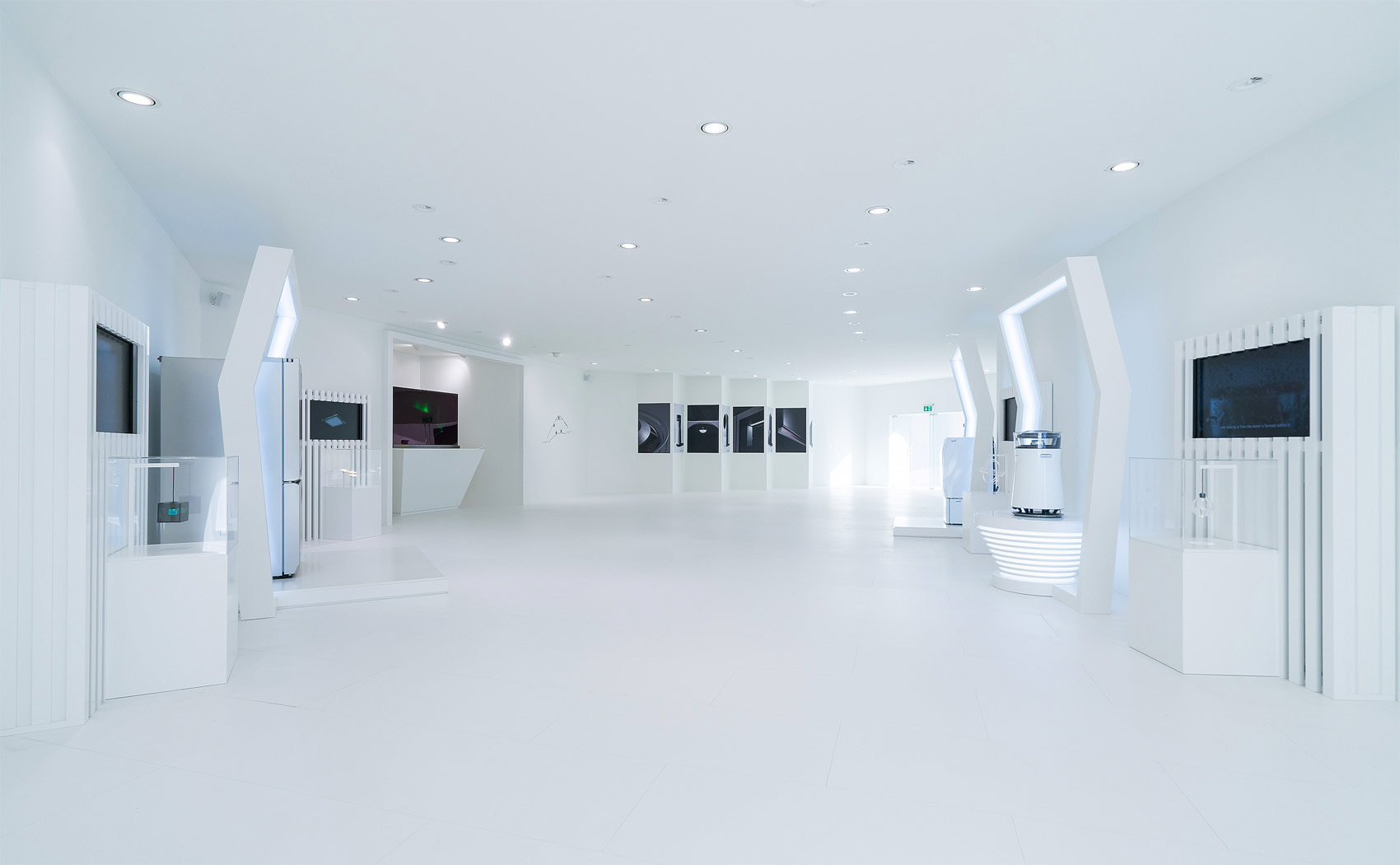 Gallery II housed the products, and during the time I was in attendance, the people behind the whole project.

The whole range has a strikingly similar design language to that used by the Danish company Bang & Olufsen, which isn’t surprising considering the designer behind the LG Signature range is Torsten Valeur who himself hails from Denmark. Bang & Olufsen coincidentally partnered with LG to provide the audio for some of their phones, so maybe the design link isn’t so unsurprising. 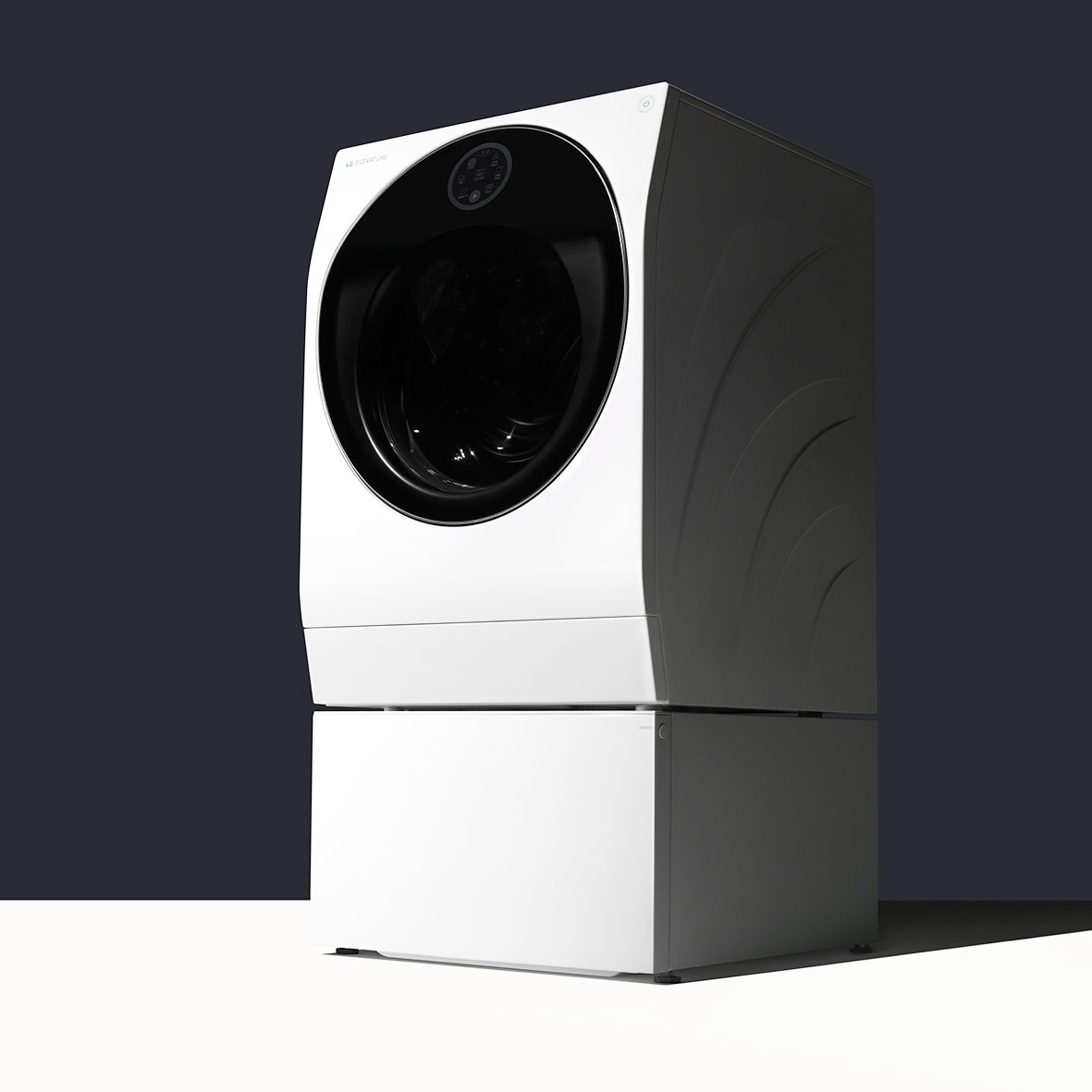 Onto the products themselves – what’s special about them? For a start, they all look excellent to my eyes. A washing machine has never been a particular object of desire for me, but this one, with its ability to wash lights and darks in two separate washes in two different compartments at the same time, definitely is.

The HDR OLED TV can reproduce the widest contrast range possible in a television display and boasts the ability to recreate ‘Perfect Black’ ( whilst also supporting both HDR10 and Dolby Vision formats. It’s also incredibly thin and pleasingly minimalist in design, and should fit into any home design as a result.

The air purifier is something that looks akin to a modern-day luxury Dalek (c. Doctor Who TV series) and is useful to allergy sufferers and those living in polluted cities alike. One of the main features of this product is that it is almost completely maintenance free. Both the ‘Black Filter’ and ‘Deodorising Black Filter’ last around 10 years, and even then when it’s time to change them, LG will do it for free. 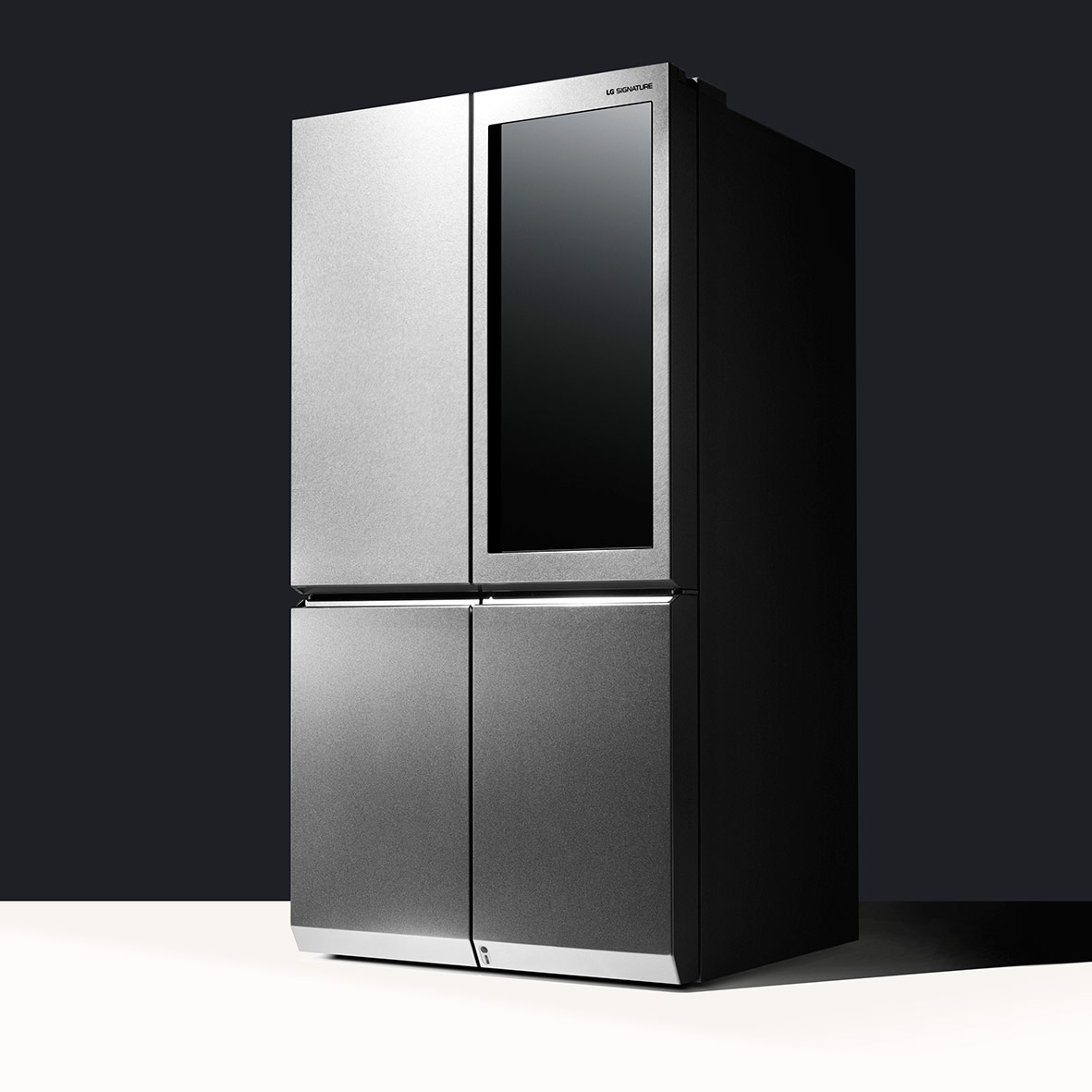 The refrigerator is a tour-de-force (relatively speaking) of technology for what it is. The InstaView Door-in-Door™ lets you look inside the fridge with a gentle knock on the glass, so you can check if you need more milk without letting the cold air out. It also has an ‘Auto Door Open’ facility, where the fridge projects a holograph onto to floor in front of it, step on this and the fridge door will open automatically; great for those times when both your arms are laden with groceries. Don’t worry, LG has calibrated this feature so your dog and cat can’t open it when they are feeling peckish.

The LG SIGNATURE line-up looks to be an exciting addition to the home appliances industry, what must be said is usually an uninspiring sector. All of these products would definitely be considered luxurious and would be a welcome addition to the home of the style-conscious.

LG SIGNATURE – Where and how?

More details at www.lg.com, prices to be announced.

See more from LG Electronics at IFA 2016 below