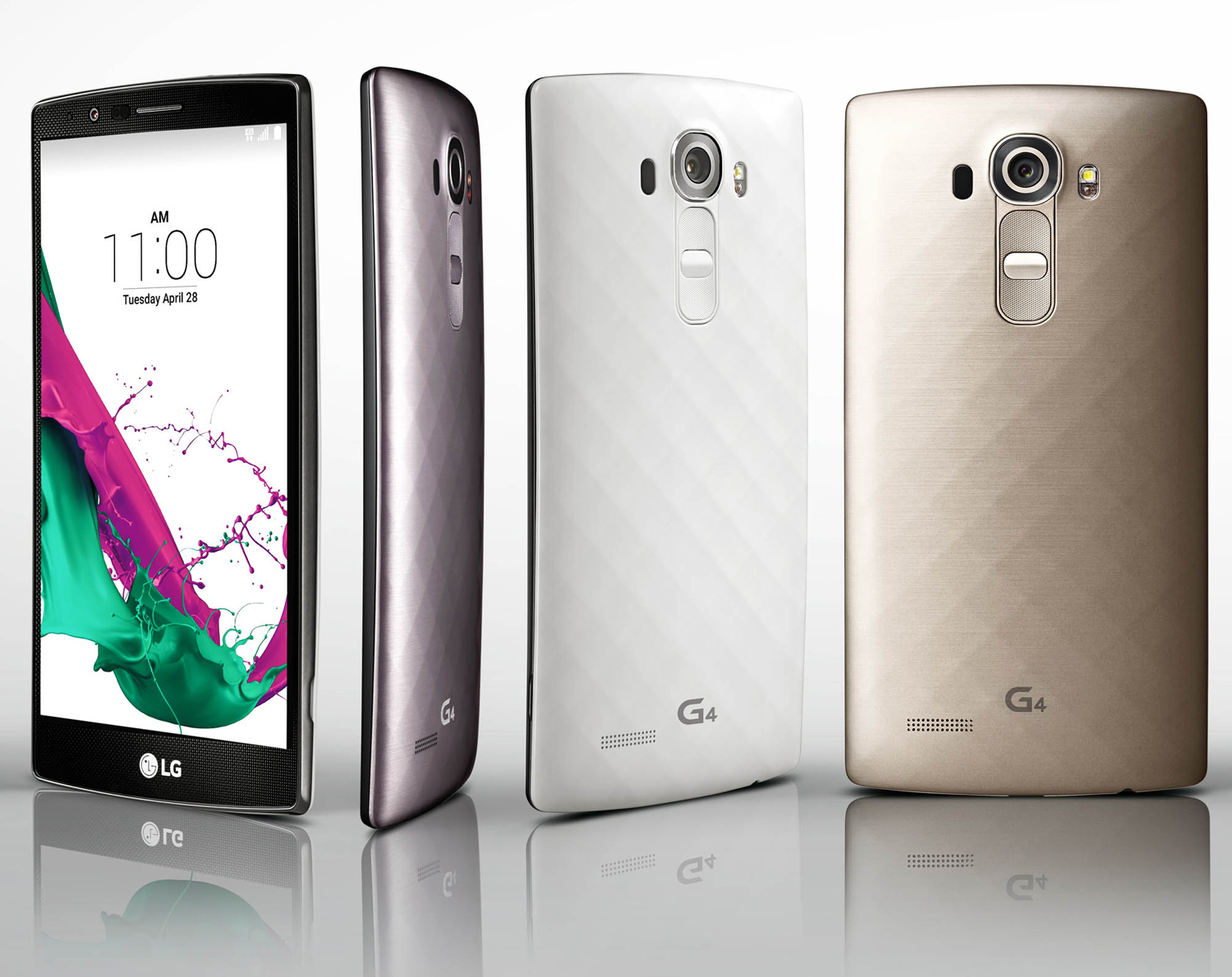 The LG G4 – See the Great, Feel the Great 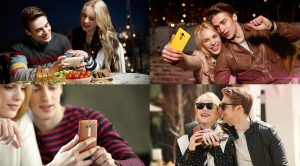 Gesture Interval Shot improves on the original Gesture Shot feature by taking four shots spaced two seconds apart, increasing the chance of getting that perfect shot under the most difficult conditions. Triggering the shutter is as simple as opening and closing one’s hand twice in front of the camera.

Power and Performance
With the LG G4, the higher quality display doesn’t come at the expense of battery life. The G4 is equipped with a high-capacity 3,000mAh removable battery, a rare feature in today’s high-end smartphones. Combined with the benefits offered by the snappy yet energy-thrifty Qualcomm Snapdragon™ 808 processor with X10 LTE, the LG G4 has no trouble getting through a full day of normal use. In fact, the LG G4 is estimated to last 20 percent longer than the G3, from the same capacity battery. 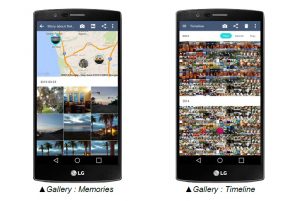 The LG G4 is the first phone to utilize the new human-centric UX 4.0 that promises to be simpler and more intuitive to better understand and respond to the needs of each user. The improved UX eliminates unnecessary steps while providing more configuration options for advanced users.

Quick Shot allows customers to take pictures without opening the camera app by double tapping the phone’s Rear Key while the display is off. LG G4 also has an incredibly fast camera start-up time of just six-tenths of a second.

The new Gallery makes it extremely fast to scroll through thousands of pictures and view them on a timeline. The Memories feature automatically organizes photos and videos into event albums based on the time and place they were taken, without having to upload to the cloud.

Event Pocket allows users to create one, unified calendar by dragging and dropping appointments and activities from multiple calendars and social media sites. After the initial setup, there’s no need to log into multiple calendars.

The improved Smart Notice provides more personalized notifications for weather, travel and more by analysing habits, such as how a user commutes to work. This allows Smart Notice to issue personalized messages such as, “Make sure to take an umbrella on your way to the subway.”

Quick Help allows users to search for instant answers to any questions about operating the LG G4, right in the Smart Notice widget. Quick Help can guide users through the LG G4’s settings and even schedule a call with customer service.

LG has sought out partnerships to enhance the overall user experience of the G4. Google Office comes pre-installed on the LG G4 for easy collaboration on-the-go and G4 owners will receive an additional 100GB of Google Drive storage free for two years. With MirrorLink and LG G4, owners of Volkswagen vehicles will be able to view a car-friendly version of the G4 interface on the in-dash display for full integration with contacts, navigation and music on the smartphone.

The LG G4 will start its global roll-out on April 29 in Korea and will eventually be available on approximately 180 carriers worldwide. Prices and carrier availability will be announced locally in each market. 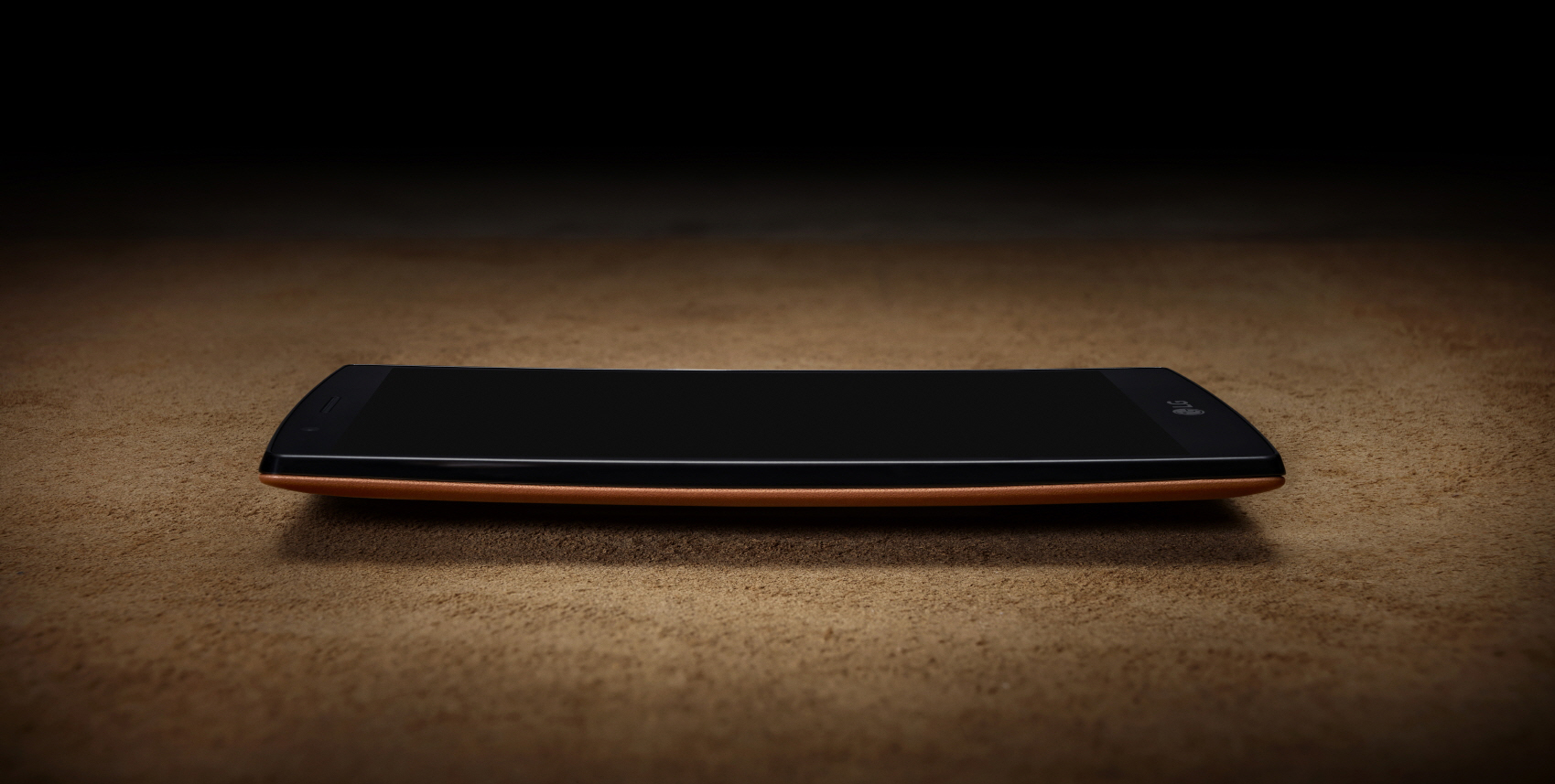 Summary of the LG G4:
My world is centered around luxury and lifestyle and the LG G4 smartphone is one of those very rare products that can satisfy not only the needs of those wanting a premium beautiful looking product whilst also addressing the everyday needs of both general consumers and business users. LG will probably not tag the LG G4 with the moniker “Luxury product”, as the owner of Luxurious Magazine®, I’ll do it for them.

In my opinion, the LG G4 it is the best premium smartphone available today.

* Specifications may vary depending on the market.