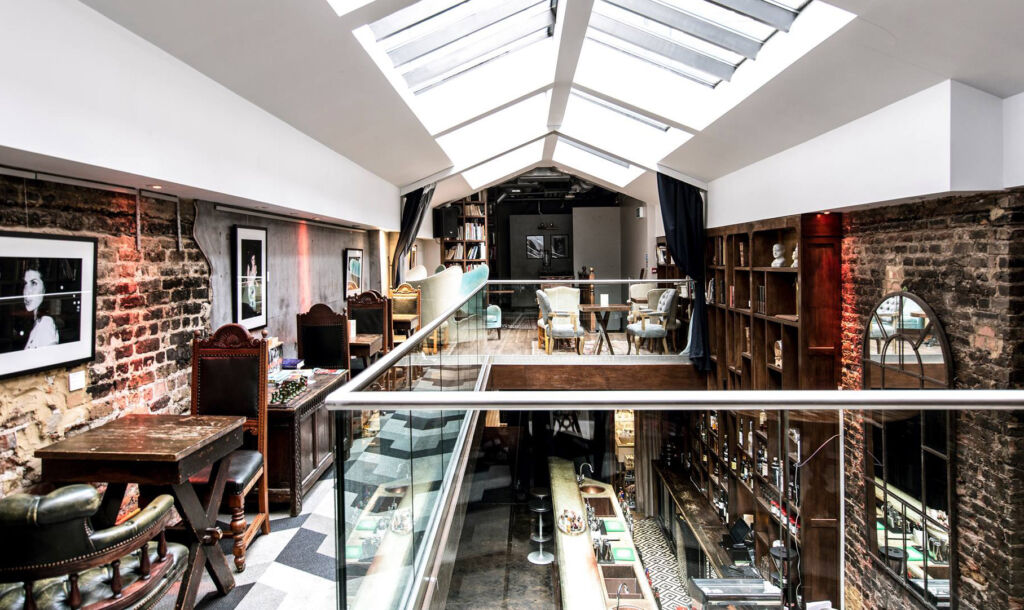 Online Editor, Simon Wittenberg, visits the private members’ club on St Martin’s Lane in London’s Theatreland to find out more about its story.

Opened on 30th June 2014 as a new club for the eclectic literary and design communities, as well as the “creatives”, LIBRARY looks impressive at first glance, and seems to boast a high membership base which is paying plenty of money for the privilege of being able to access the space. My wife and I were taken on a tour of the two main levels which are very light and airy, and you can quickly see the appeal for the 1,300 members who wish to have a secluded spot to work away from the hustle and bustle of Central London. 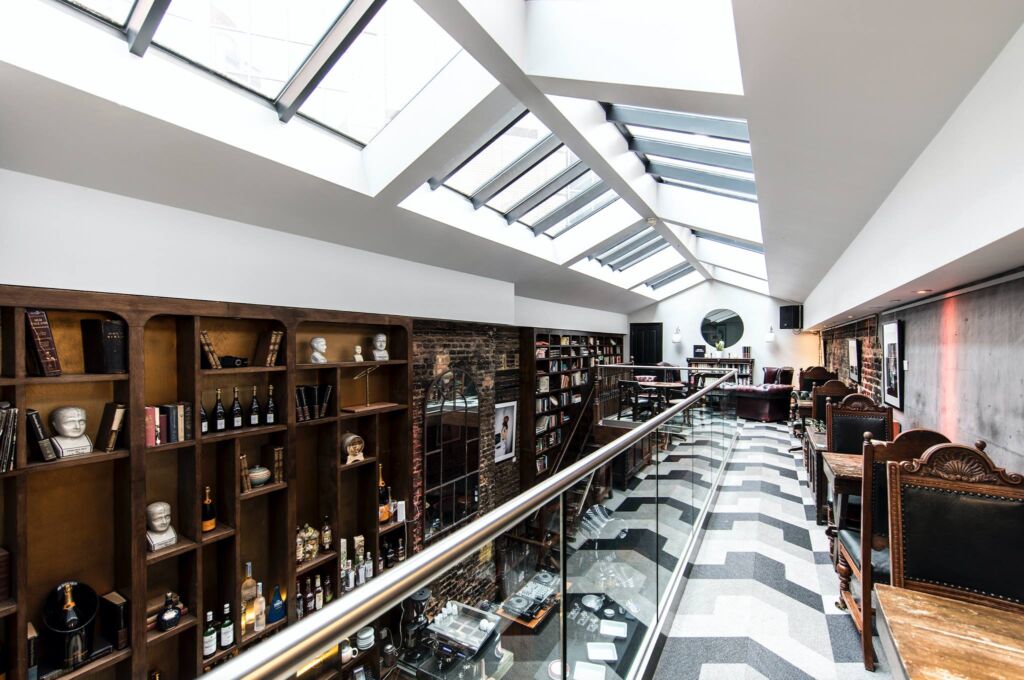 The mezzanine level has its own pizza oven where light snacks can be made to order. There are also several rooms for hire down various corridors, including an old-style boardroom for meetings, accommodation on three floors and an outside terrace. 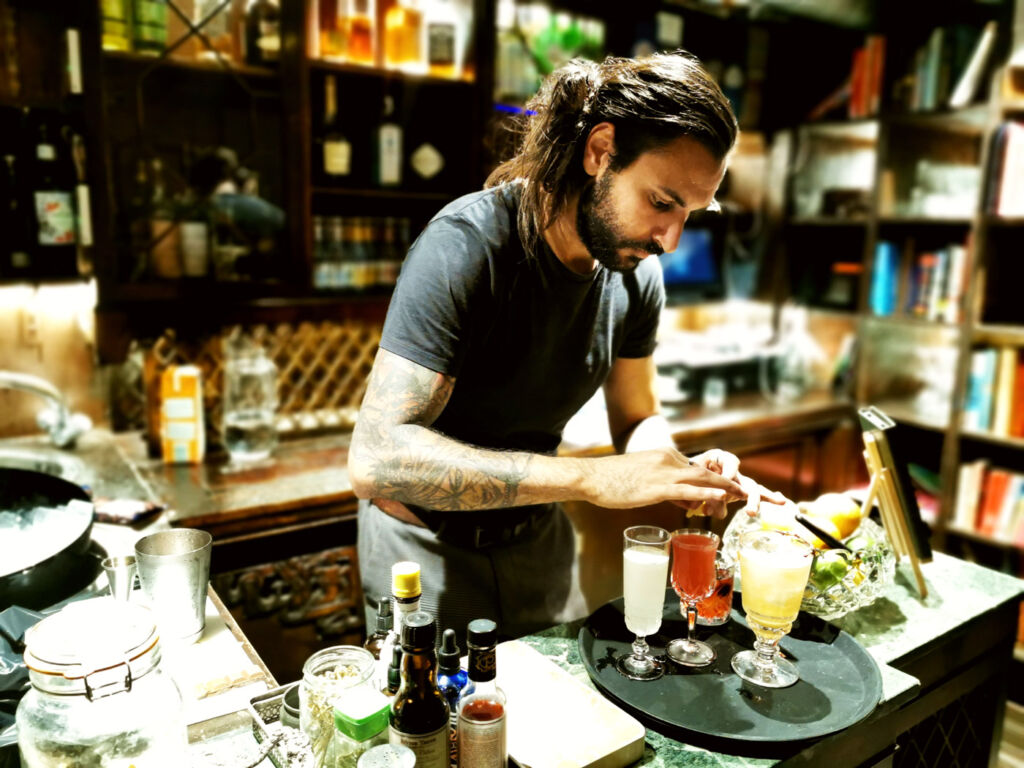 Our whistle-stop tour of LIBRARY ended on the lower ground floor, where our host swung open a large wooden wardrobe on hinges to reveal a small room which was once home to a meditation space. With square footage being at a premium in London, the club decided to turn the area into a speakeasy bar named “Dear Alice”, which had opened just a few weeks prior to our visit. Inspired by Alice and Wonderland, and to keep guests entertained, they are given an envelope at reception (it costs £30 per person for non-members), and are then guided down to the bar and asked to solve a series of clues to find an ornamental version of Alice.

The first challenge is a crossword which requires a decent knowledge of Dickens and Disney if you are going to complete the puzzle without the help of Google (not that we did of course!). For those that are successful in mastering the challenge, there are prizes to be won via a daily raffle, such as theatre tickets, weekend hotel stays, a free membership, or a complimentary meal for two at the St Luke’s Table restaurant. 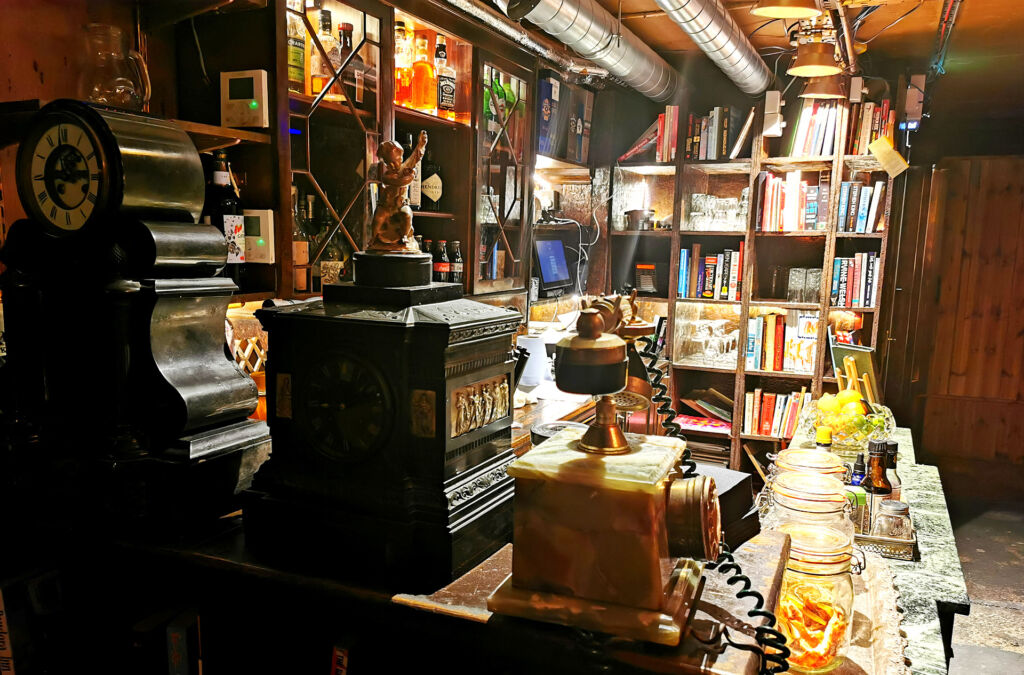 The décor of Dear Alice is interesting to say the least, with artworks lining the walls and doors on the ceiling. As there are books sitting underneath the lights, the bar is generally quite dark, so it makes reading the menu and the crossword to solve the clues in the hunt for Alice that much more tricky. 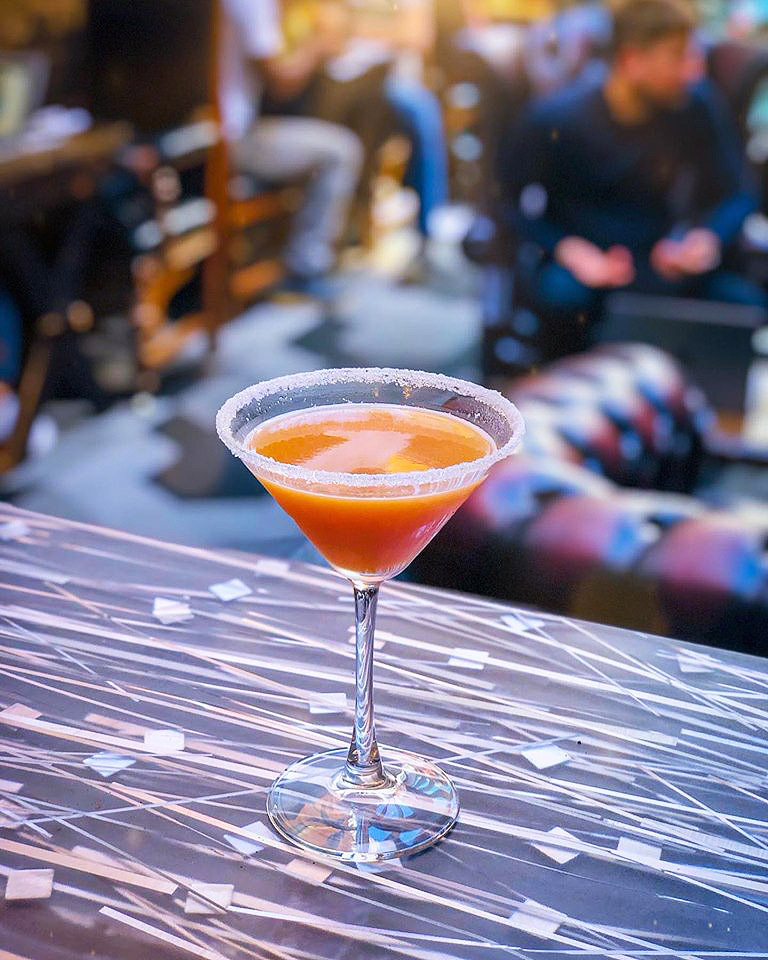 There is a small selection of cocktails which were very clearly explained by the uber polite barman, and if there is something that you like that is not on the menu, the team will do their best to concoct it for you.

I tried the “Mad Hatter’s Cuppa” (£13.50), made from Lillet aromatised wine, lemon juice, caramel syrup and chocolate bitters, which all arrived with melted chocolate on the rim of the tall glass. My other half went for the “Six Impossible Things Before Breakfast” (£12.50), which was concocted with gin that’s especially brewed for the bar, a hint of lavender and a caramel biscuit that you are meant to dip into the cocktail. Both of our drinks were very good, but the bar just fell short on ambience as there were very few people there, and the whole experience didn’t seem polished enough. This may be partly due to it being too hidden away from the public eye, but you could argue at the same time that this is the whole idea of the concept.