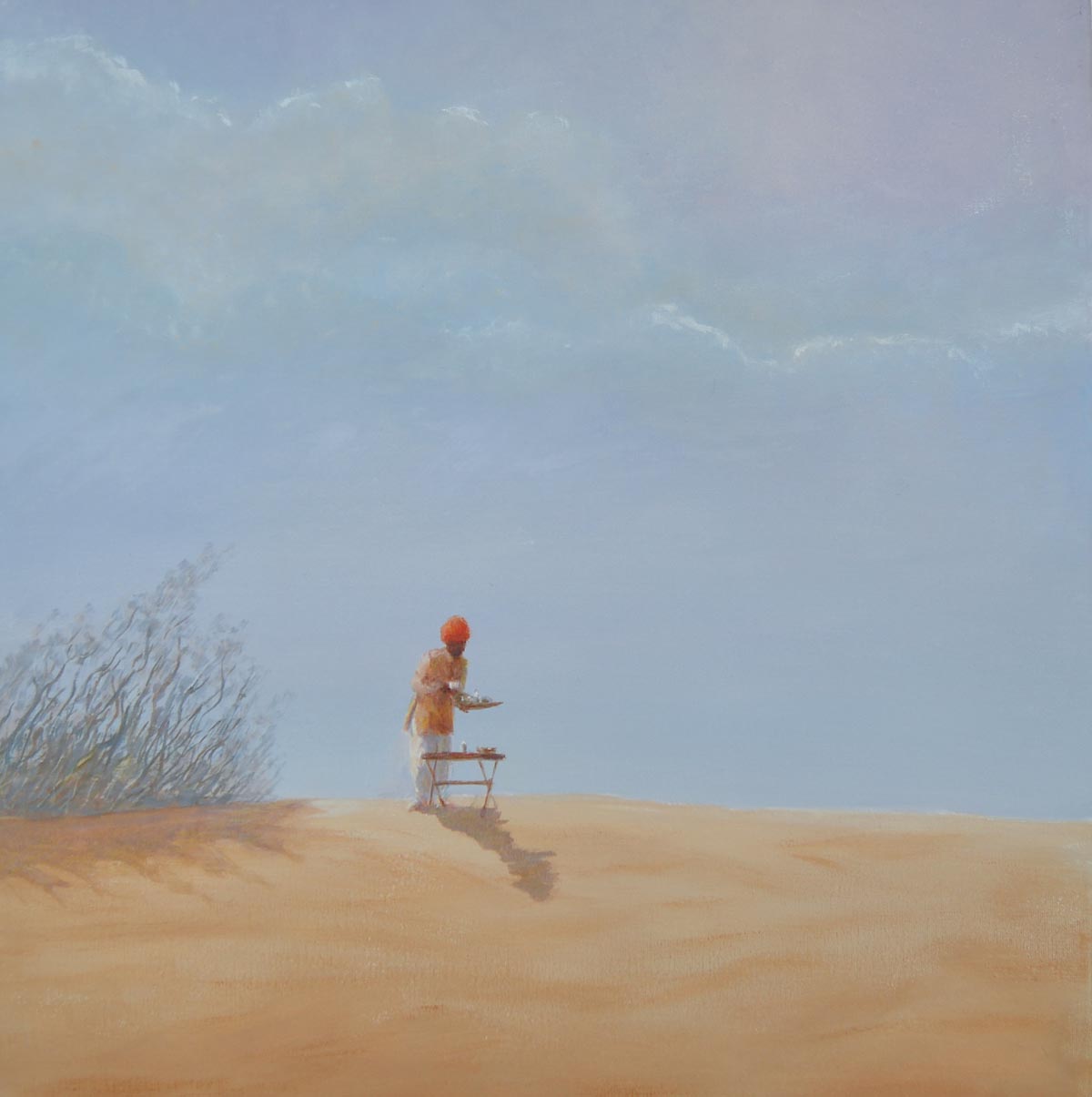 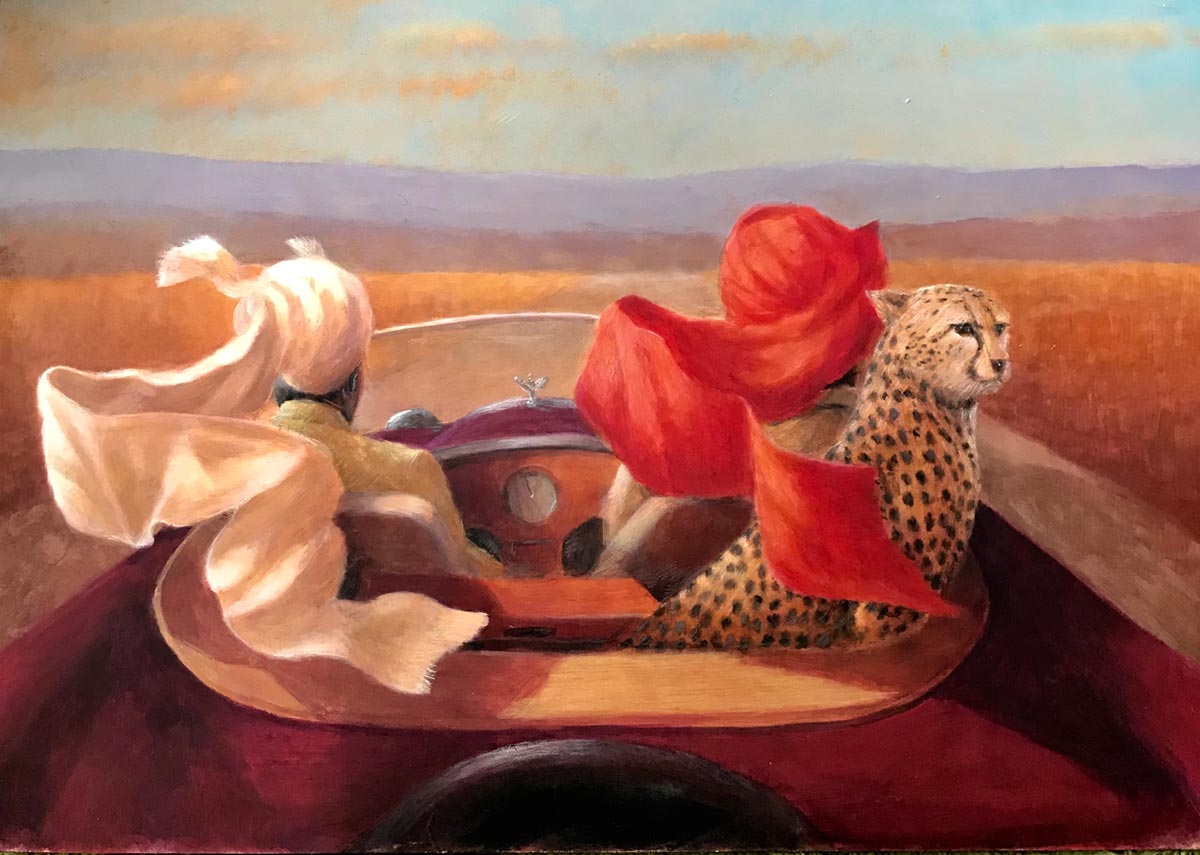 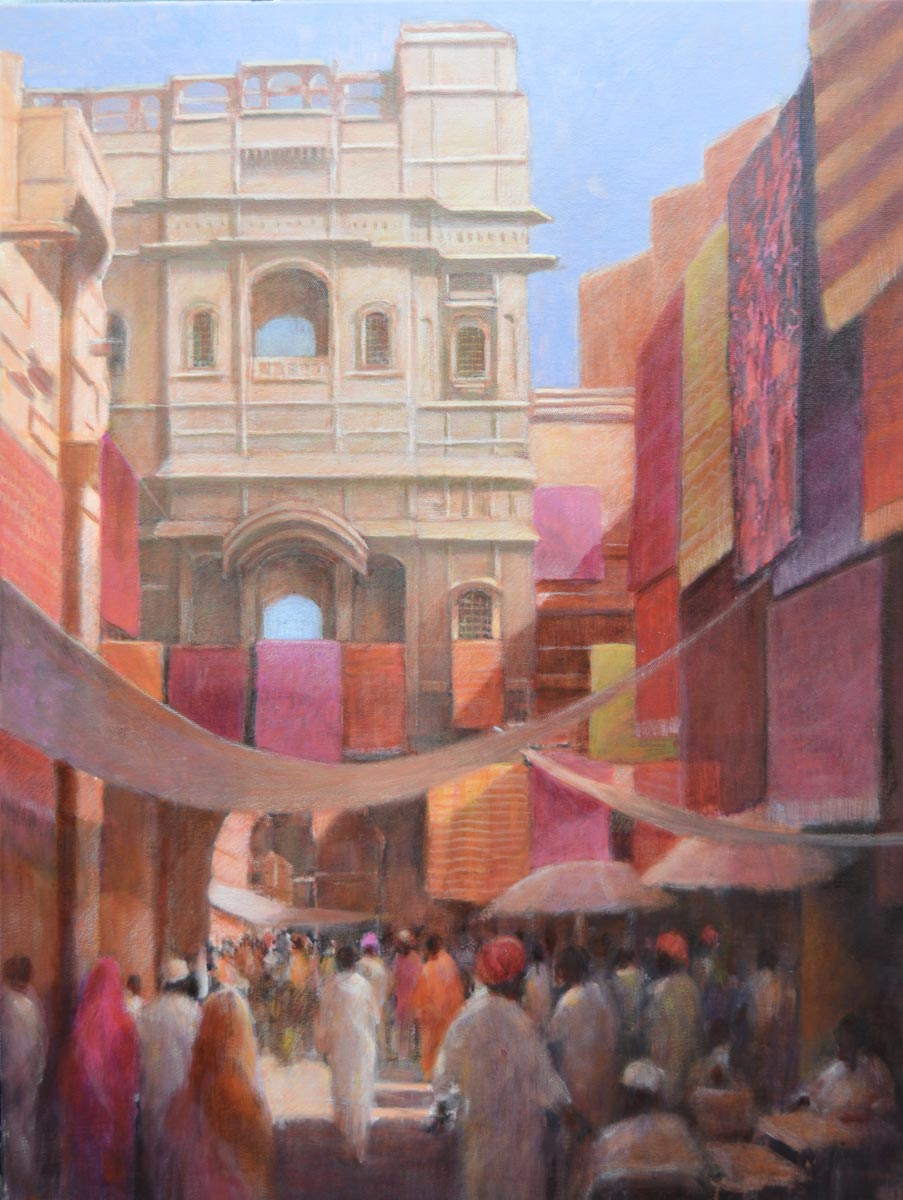 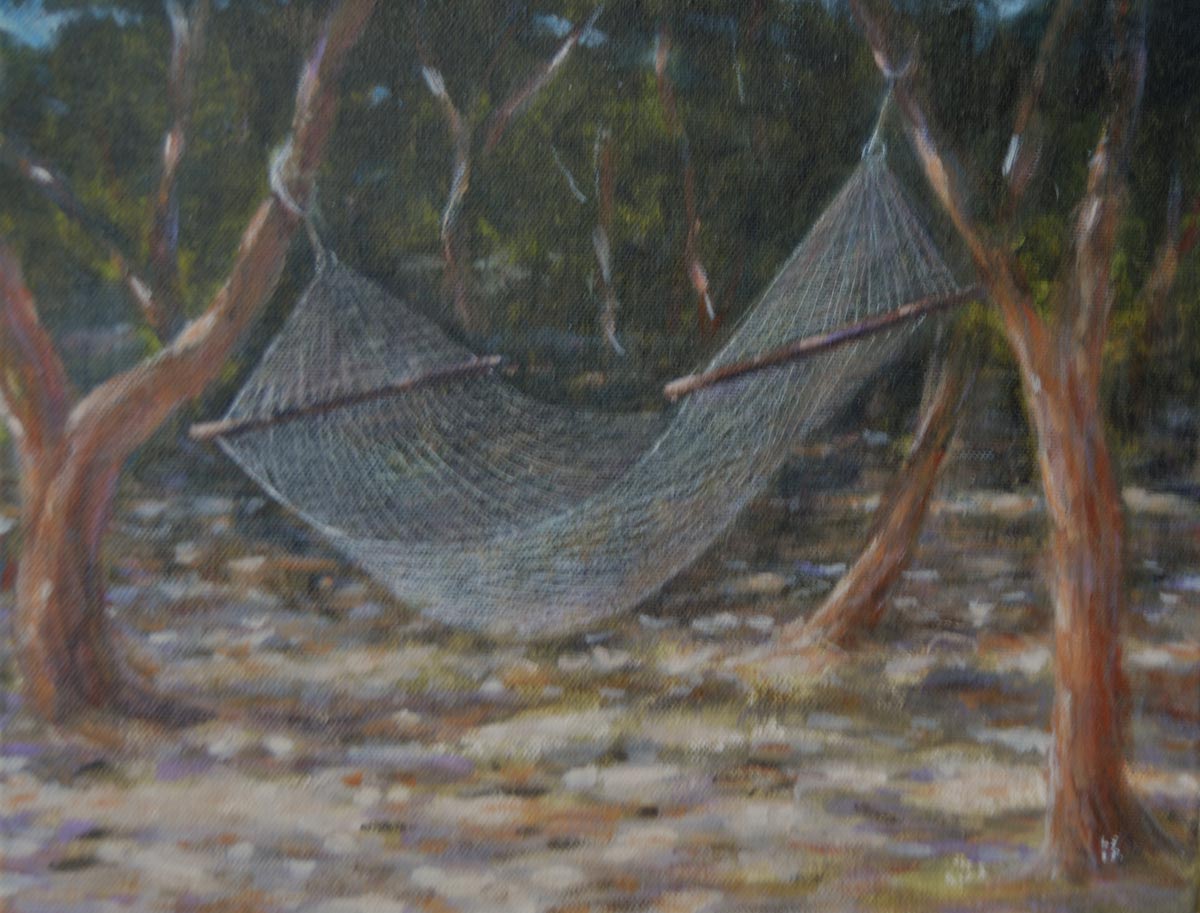 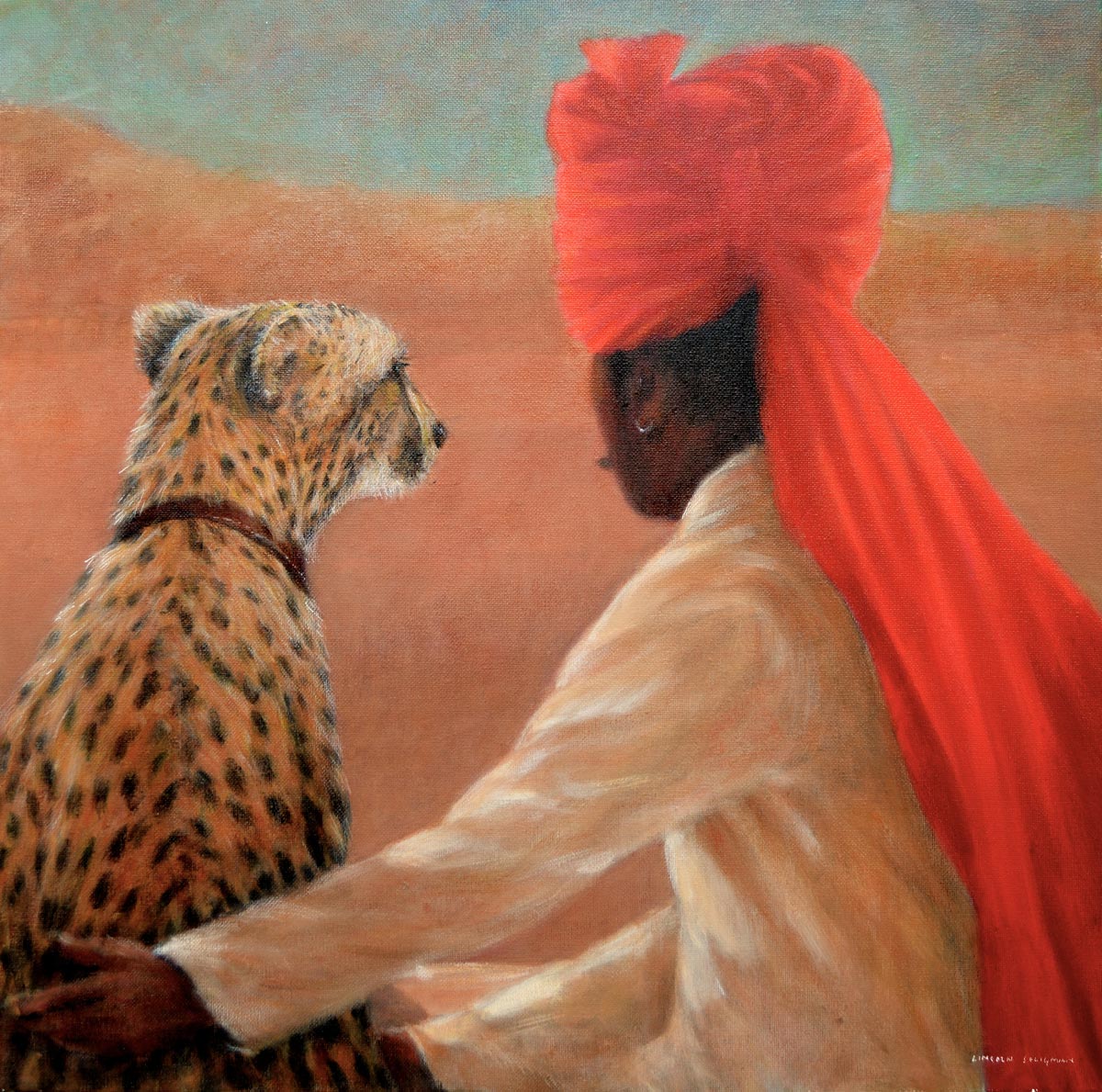 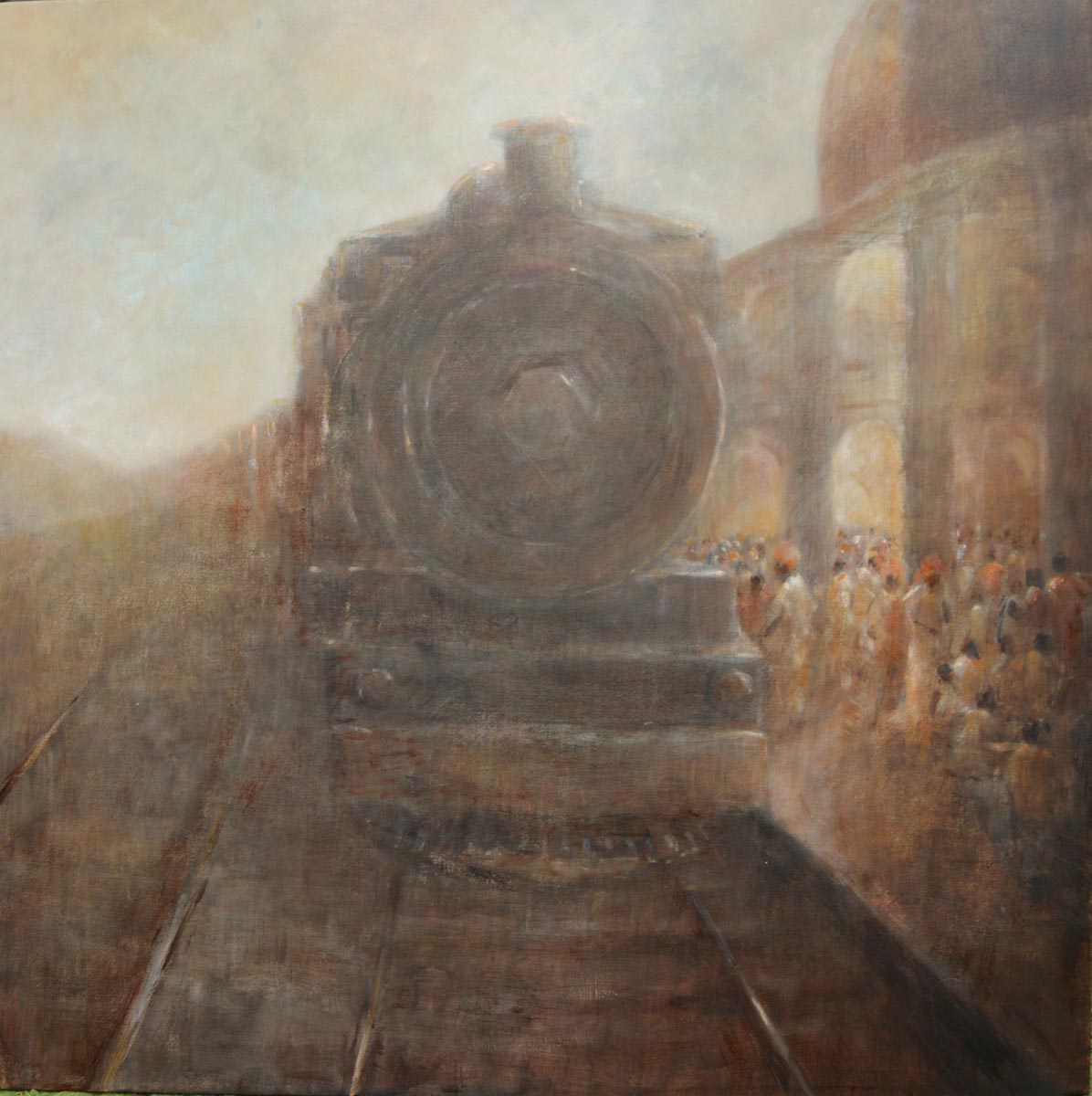 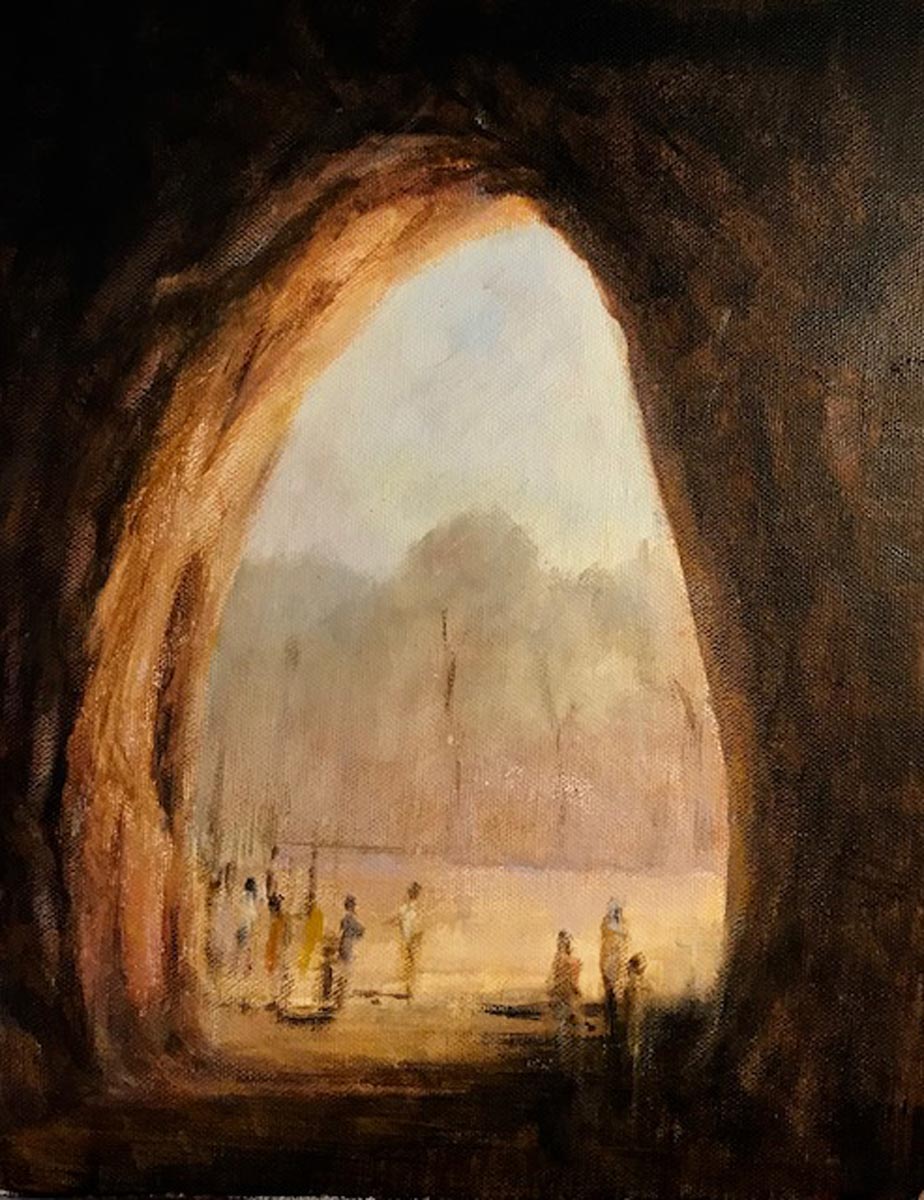 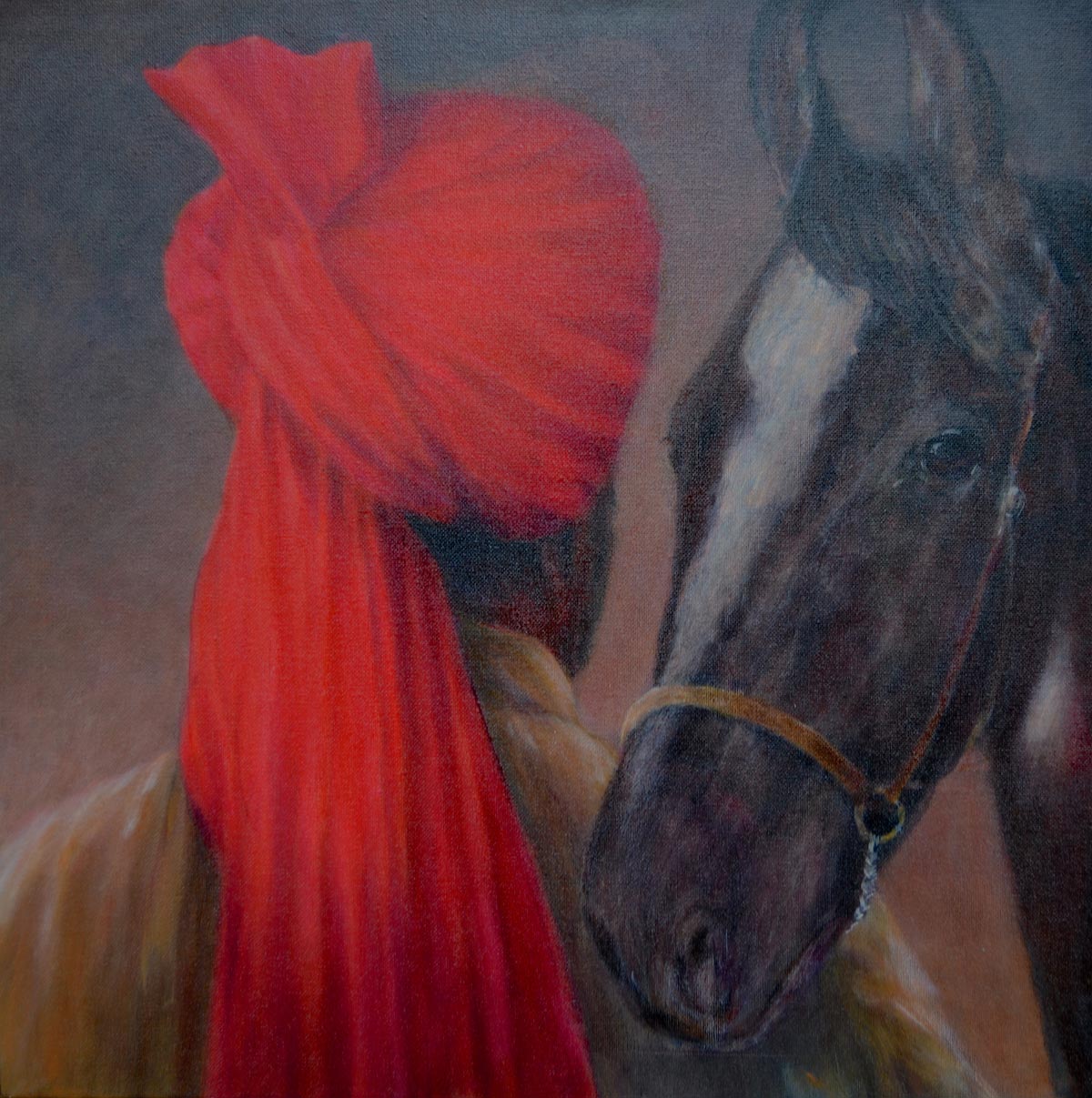 Seeing India with English eyes: Lincoln Seligman, Artist with an abiding love of India, recently returned from extensive travels in Rajasthan and Gujarat 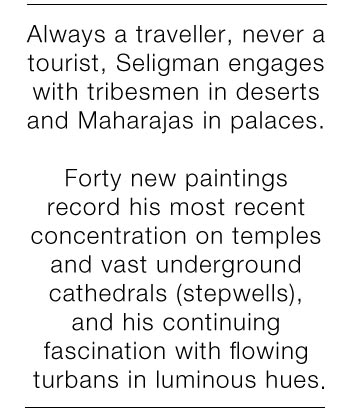 Lincoln Seligman, born 1950, read law at Balliol College, Oxford, then spent six years in practice as a shipping lawyer. In the 1970s painting was not considered a suitable career for an Oxford graduate – someone with an academic qualification was supposed to earn a ‘proper living’.

The Seligmans first went to America from Germany in 1850, became bankers. One of them was treasurer to Abraham Lincoln, ‘hence my name’ says Seligman. His father was a sporting hero at Harrow and Oxford, President of the Union, also a successful advocate which tempted Lincoln for a while.

But after six ‘boring’ years in the City, painting only at weekends, he had amassed the forty or so paintings needed for an exhibition, which produced enough money to abandon the law forever. He became a full-time artist in 1980.

His first commission for Hong Kong Land, was enormous, a free hand mural of 25,000 square feet of mythical architecture, next to the Mandarin Hotel in Hong Kong. This took four months to complete. Since then Seligman has enjoyed an international following, not only for his paintings, but for spectacular abstract installations in bronze, steel and glass. Giant mobiles still hold pride of place at Hong Kong Harbour and the Kowloon peninsula. 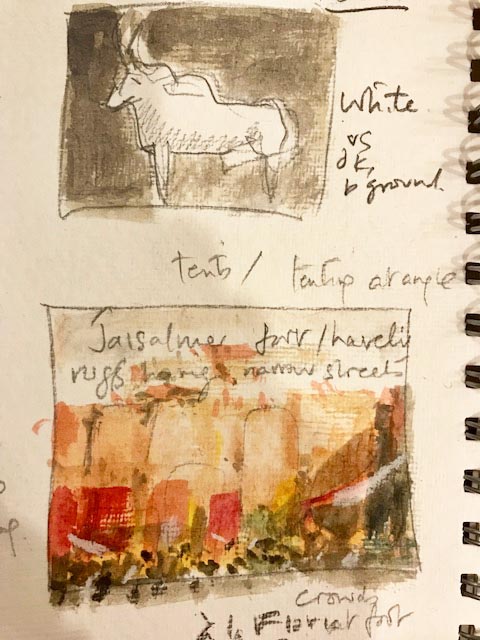 In the last three years, Seligman’s art has taken a new direction. His vivid paintings are created in his studios at home in England from photographs, sketches and mini- watercolours made on location. They depict the colours and atmosphere of India. The artist is in thrall to its sounds and scents, landscape and architecture.

Seligman’s connections with India go back to a childhood immersed in the Jungle Book and Just So stories, written by his mother’s godfather and next door neighbour, Rudyard Kipling.

His maternal grandmother, Hilda Seligman, was an artist living in the Indian Himalayas. Her bronze sculpture of Chandra Gupta, the shepherd boy who became the founder of a dynasty circa 275 BC stands outside the Indian parliament in New Delhi. India remains a constant source of inspiration for her grandson.

He is enchanted by the turbaned heads of Maharajas, riding in Rollers with their elegant cheetah companions. He revels in hot pink and saffron yellow, intricately folded fabrics, flowing at speed. These light-hearted paintings are so popular, often with Maharajas themselves, that they ‘walk off the wall’ Of his Indian paintings Seligman says, ‘It’s an English take. I look at India as an Englishman. I can’t be anything other than what I am.’

He hopes his latest exhibition ‘will bear testament to my abiding love of the place.’ This year he has concentrated on Rajasthan and Gujarat.(magical destinations for the traveller).

He describes walking through the old city of Ahmedabad, staying in the Manvar desert where he rode on camels each day, meeting a Crown Prince with a classic car collection, marvelling at the fortress city of Jaisalmer, with its ornate Havelis (merchant houses) serpentine streets and temples at every turn.

‘Rajasthan and Gujarat may be neighbouring states, both sharing stretches of the mighty Thar Desert, but that is where their similarities end’ writes Yasin Zargar, founder and director of Indus Experiences who plan bespoke tours of particular refinement.

Visitors to India will gain more pleasure by understanding their distinctive differences. He explains: ‘Rajasthan is fairytale India’. Caparisoned elephant, plod up to hilltop fortresses. Glittering palaces are reflected on the surface of the lakes, troops of monkeys spring from the walls of crumbling temples. Erstwhile rulers of princely estates hold court for guests in their former homes and hunting lodges, converted into now glamorous hotels.’

’If Rajasthan is the land of kings, Gujarat it is the merchants who rule. Ties with Egypt, Bahrein and Persia date back more than 3000 years.’ The ornate merchant houses entranced Seligman on his travels in Gujarat.

The artist tells his own story: ‘I begin thinking about each January journey in July – it takes the next five months to plan the itinerary with endless recalibration to include new places that emerge as unmissable.’

‘I am always on the lookout for material for painting, there’s always an abundance.’ 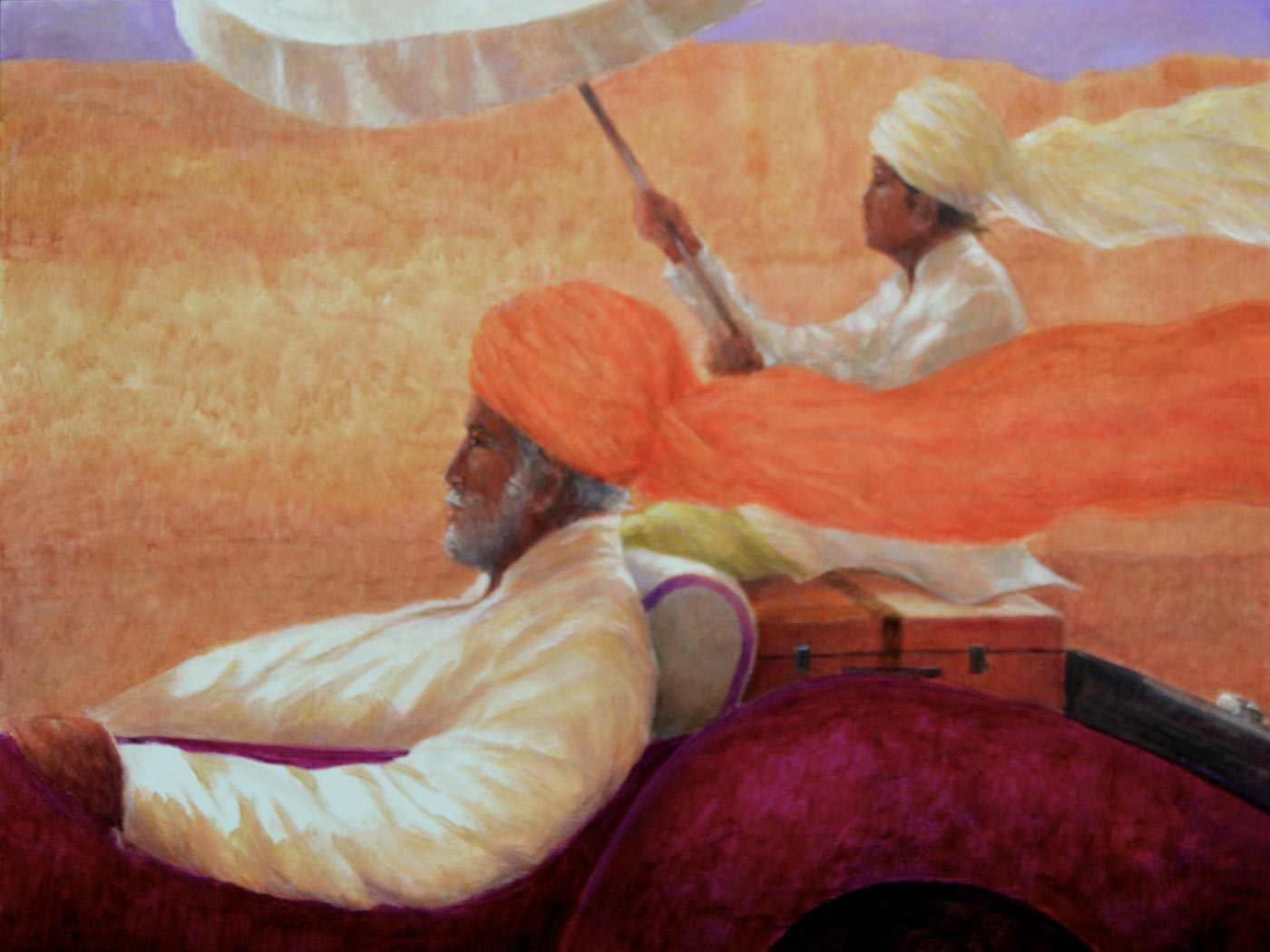 To return to Kipling’s famous poem ‘If’ Lincoln says: ‘if you can keep your head when all about you are losing theirs – drivers, hoteliers, guides et al, you’ll enjoy India. If you can avoid being mown down by ambling ruminants, the omnipresent sacred cows: and if you can protect your picnic from marauding monkeys, and if you can cope with malevolent camels coughing all over you with storm force, you’ll enjoy it even more.’

‘You’ll then have time to take in the true splendour of the landscapes, the architecture, the temples and palaces, and the warmth of the people you’ll meet.’ 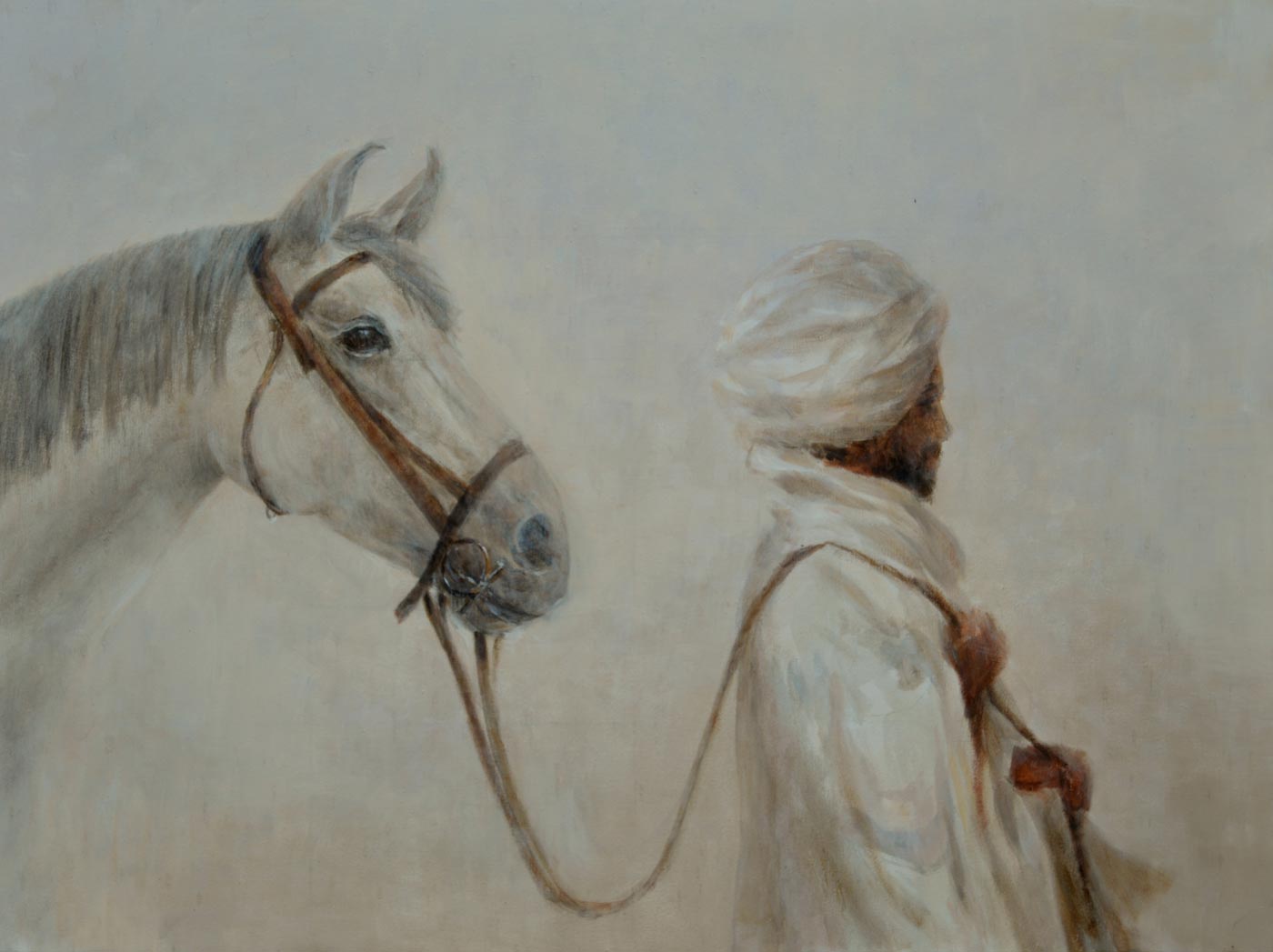