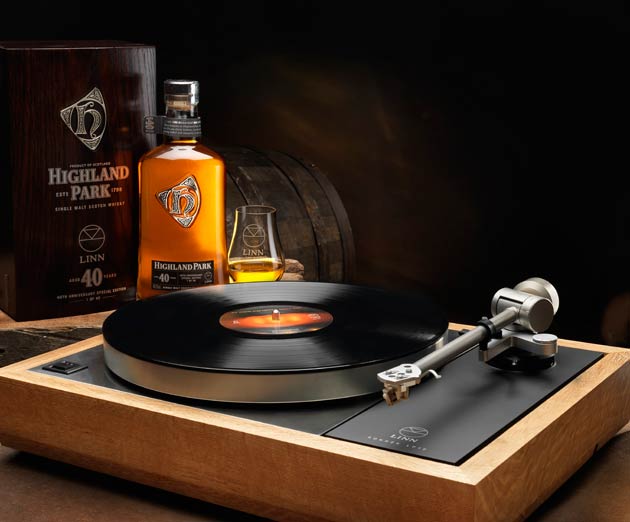 It is 40 years since the birth of Linn and the Sondek LP12 turntable truly changed the world of hi-fi forever.

To mark this special anniversary, the maker of the best sound systems in the world has joined forces with Highland Park, voted twice as the globe’s best spirit, to stimulate the senses of music and whisky lovers alike.

Both pioneers in their field and united by their Scottish roots, these highly-revered companies have combined their expertise, craftsmanship and passion for excellence to create a Limited Edition Sondek LP12 turntable. Just 40 of these turntables will be available worldwide priced at £25,000 each and every one has been built to the very highest specifications using the very best Linn components.

The Limited Edition turntable is encased in a beautiful wood plinth, crafted from the solid oak casks used to mature Highland Park’s award winning whisky. It has also been paired with a special bottling of Highland Park 40 year old, designed exclusively for Linn. The highly collectable offering brings together two powerful passions, music and whisky, thereby allowing fans to appreciate the sounds of classic vinyl with the perfect dram in hand. 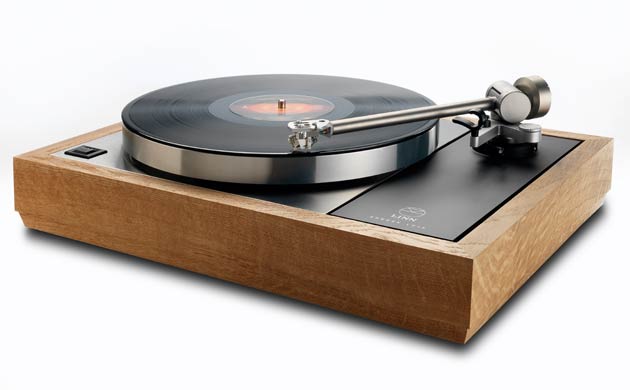 Linn is a British technology and manufacturing success story, and everything is made in-house at their factory just outside Glasgow. The iconic Sondek LP12 turntable is the product on which the company was founded and it remains the benchmark for turntables worldwide. Designed by founder Ivor Tiefenbrun, it was his passion for music and commitment to excellence that inspired him to create this model.    Highland Park is made at one of the oldest single malt distilleries in Scotland, situated on the remote islands of Orkney. Highland Park Single Malt Scotch Whisky has long been regarded as one of the best whiskies in the world, and it is the attention to detail and the commitment to time honoured distillation practices, long forgotten by the mainstream industry, which puts it in a class of its own.