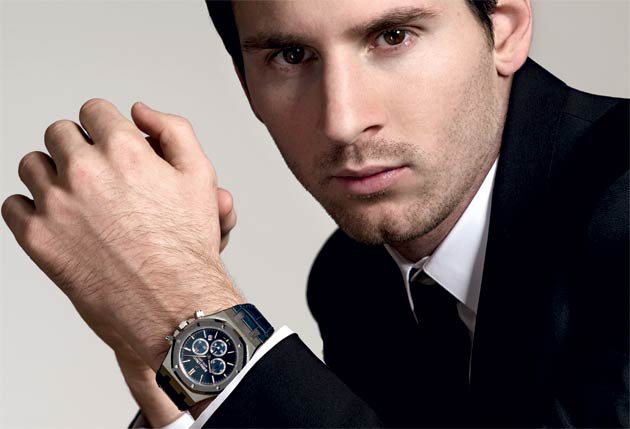 On Monday January 7th, Audemars Piguet Ambassador Leo Messi was voted for the fourth time the world’s best football player in 2012 by journalists, national coaches and captains cementing his legacy as the best player of modern times. 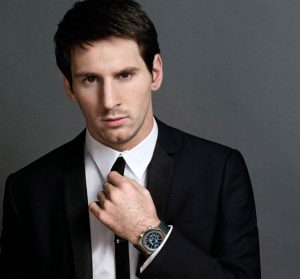 Leo Messi broke the record he jointly held with Michel Platini, Marco Van Basten and Johan Cruyff, who were each awarded three times. Regarded by many as the best player of his generation, this award now puts him within a group of elite players including Pele, Maradonna, Cruyff, Zidane who can all lay claim to the title of the worlds greatest ever player.

When you consider that the modern day era of football is far more strategic and the modern day football player is considered to be a better athelete than previous generations of players, scoring 91 goals in 69 games in 2012, 79 for Barcelona and 12 for Argentina is an achievement that many thought would be almost impossible.

Messi also scored twice in eight successive games and they were almost all goals of barely plausible brilliance.

Upon receiving the trophy, Lionel Messi said “to tell you the truth this is really quite unbelievable, the fourth award that I have had is just too great for words”. 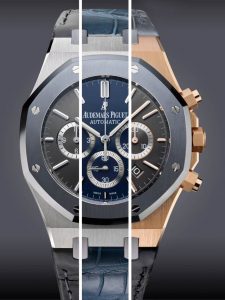 Honouring a true legend and a great sportsman of our time, Audemars Piguet launched in 2012 the Royal Oak Chronograph Leo Messi Limited Edition in steel, pink gold and platinum versions and will auction the N°10 watch of the platinum edition in Spring 2013. All sale proceedings will go to the Leo Messi Foundation aimed to help deprived children around the world.

The timepiece will also be accompanied by a signed football jersey bearing Messi’s N°10. Recognised for his mastery and artistry, Leo Messi’s outstanding and break-through performances embody Audemars Piguet’s philosophy, “To break the rules, you must first master them”.

Getting Lionel Messi as a brand ambassador was a stroke of genius by Audemars Piguet, undoubtedly one of the greatest watch brands in the world. Having the worlds finest footballer promoting their brand, along with the other world renowned ambassadors within their stable will ensure that Audemars Piguet continue their position as one of the three best watch companies in existence.