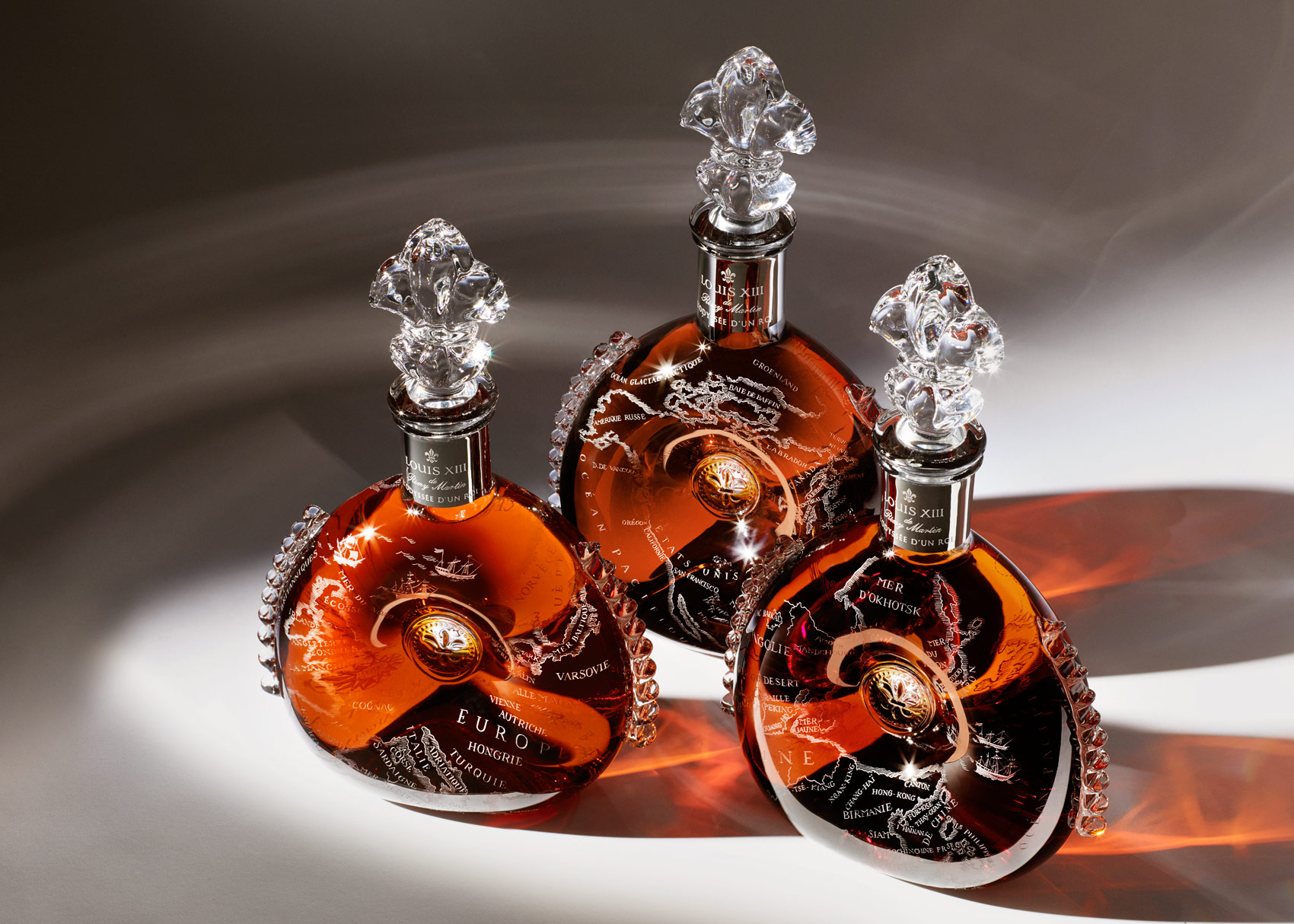 Ong Chin Huat gets a sneak peek at L’Odyssée D’un Roi which will be auctioned in Sotheby’s New York, Hong Kong and London

With only three unique Masterpieces in the world, Louis XIII, the King of Cognacs has collaborated with Hermès, Puiforcat and Saint-Louis to produce an exceptional item which represents the pinnacle of luxury

Evoking the glamour of a bygone era and inspired by travels of days gone by, Louis XIII cognac, an icon of luxury and more commonly referred to as the king of cognacs has teamed up with three other prestigious French luxury houses namely Hermès, Puiforcat and Saint Louis to create only three unique and highly coveted masterpieces which will be auctioned at Sotheby’s New York, Hong Kong and London. 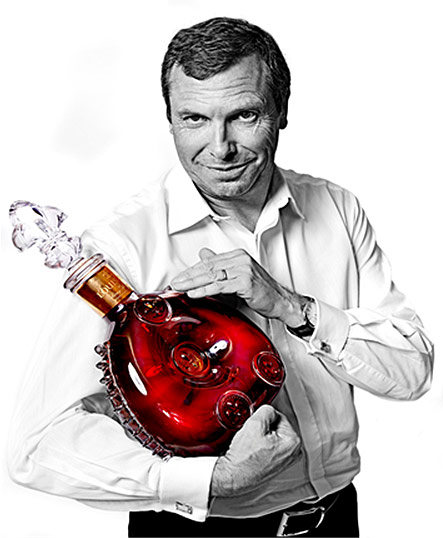 According to Vincent Gere, Asia Pacific director of Louis XIII, the idea of creating this one-of-a-kind leather trunk and its accompanying accoutrements containing a special blend of Louis XIII was dreamt up by the team at Remy Martin who wanted to preserve the patrimony of Louis XIII and the way travel played a part in its storied past. “Based on the grand luxury travels like those of the cruise liners such as the S.S. Normandie, the Orient- Express train and the Concorde, Louis XIII has been present in all those milestones in the evolution of travel.”

Named L’Odyssée D’un Roi, which means the Journey of a King in French, this collaboration with the three French luxury brands – Hermes, who hand stitched the leather trunk, Puiforcat who made the white gold pipette while the crystal decanter and four serving crystal glasses were mouth-blown by Saint Louis – was a no-brainer for the team at Remy Martin. “For brands proven by time and which match the calibre of Louis XIII, it’s no rocket science who has the best craftsmanship when it comes to leather, silverware and crystal,” Gere states. 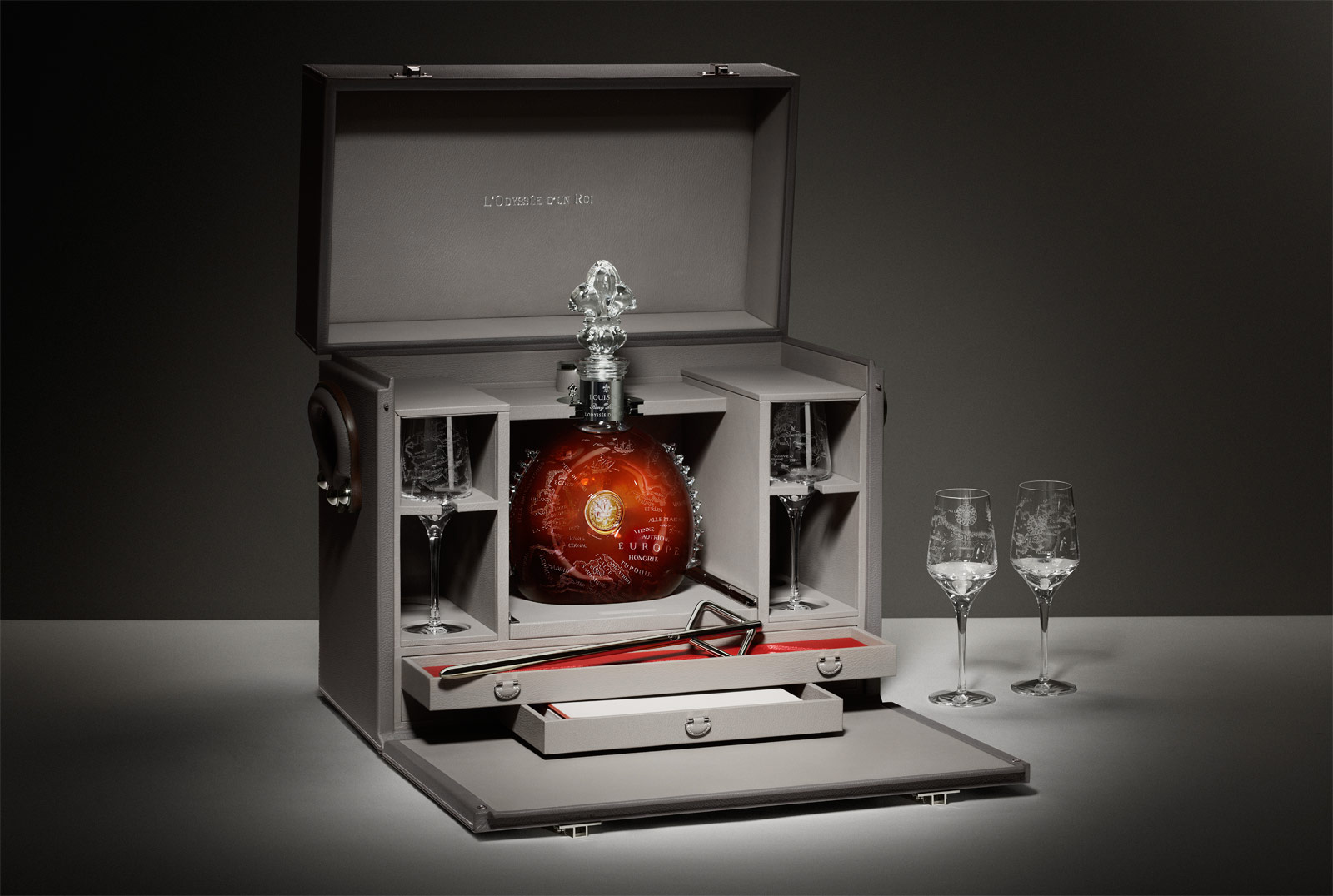 At the heart of these three masterpieces is the special blend of centuries-old Eaux-de-vie from Grande Champagne which was crafted by cellar master Baptiste Loiseau exclusively for this creation and which differs from other Louis XIII cognacs. With over 50 artisans from disciplines as diverse as cognac blending, leather-making, silver and crystal ware were involved in this project and over 1,000 hours was spent for each bespoke piece. 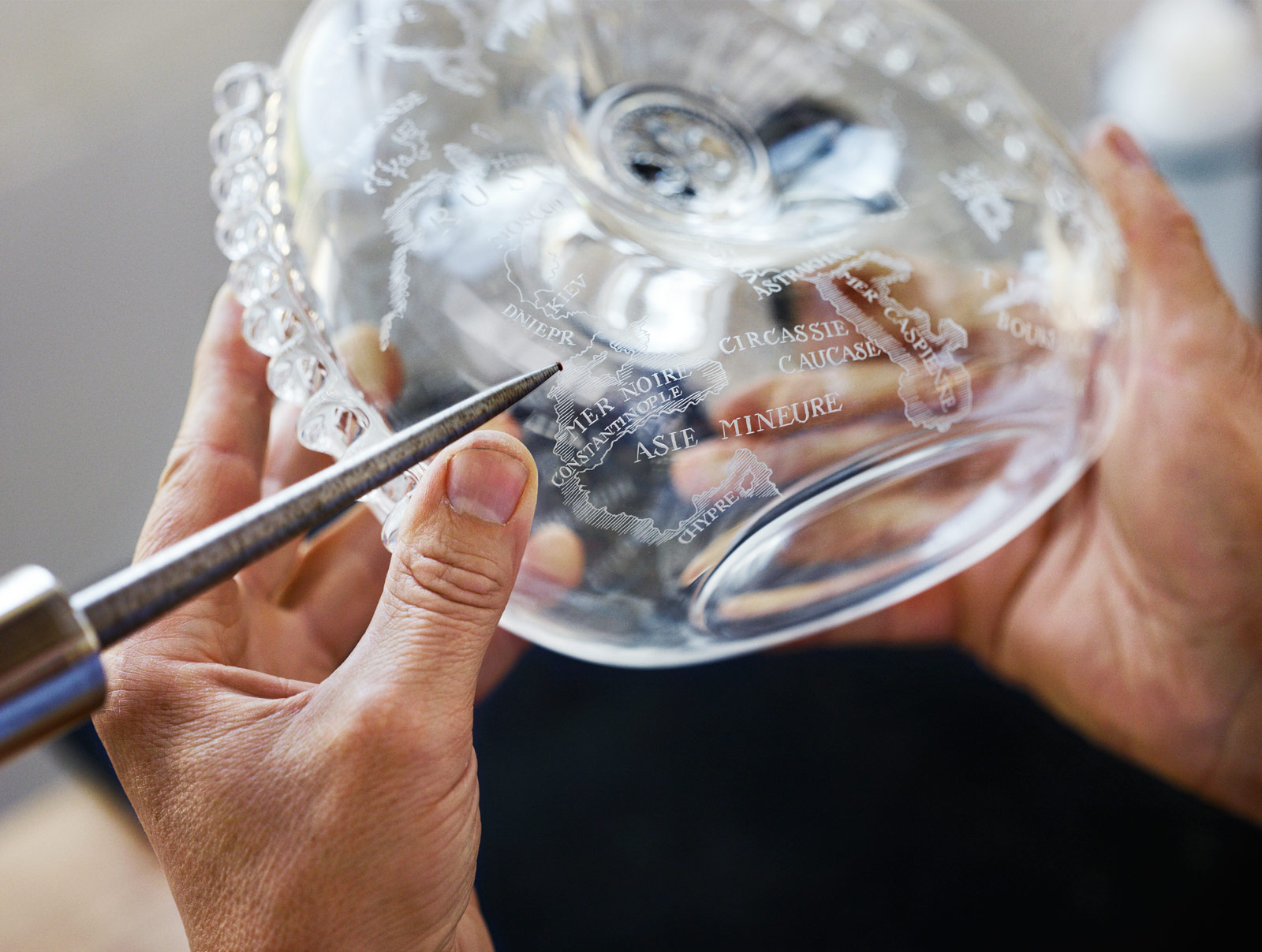 Gere says that this whole project took about eight years from conception to finish and the actual making of it took about three years. But why did Louis XIII decide to only make three masterpieces? “The idea was to celebrate the milestones of luxury travel and there are not that many continents in the world,” says the Frenchman who is based in Hong Kong and has worked for the Remy Cointreau group for 28 years. “This is, without a doubt, the grandest project undertaken by Louis XIII… it is a dream come true for me and a highlight of my long career with Remy Martin.” 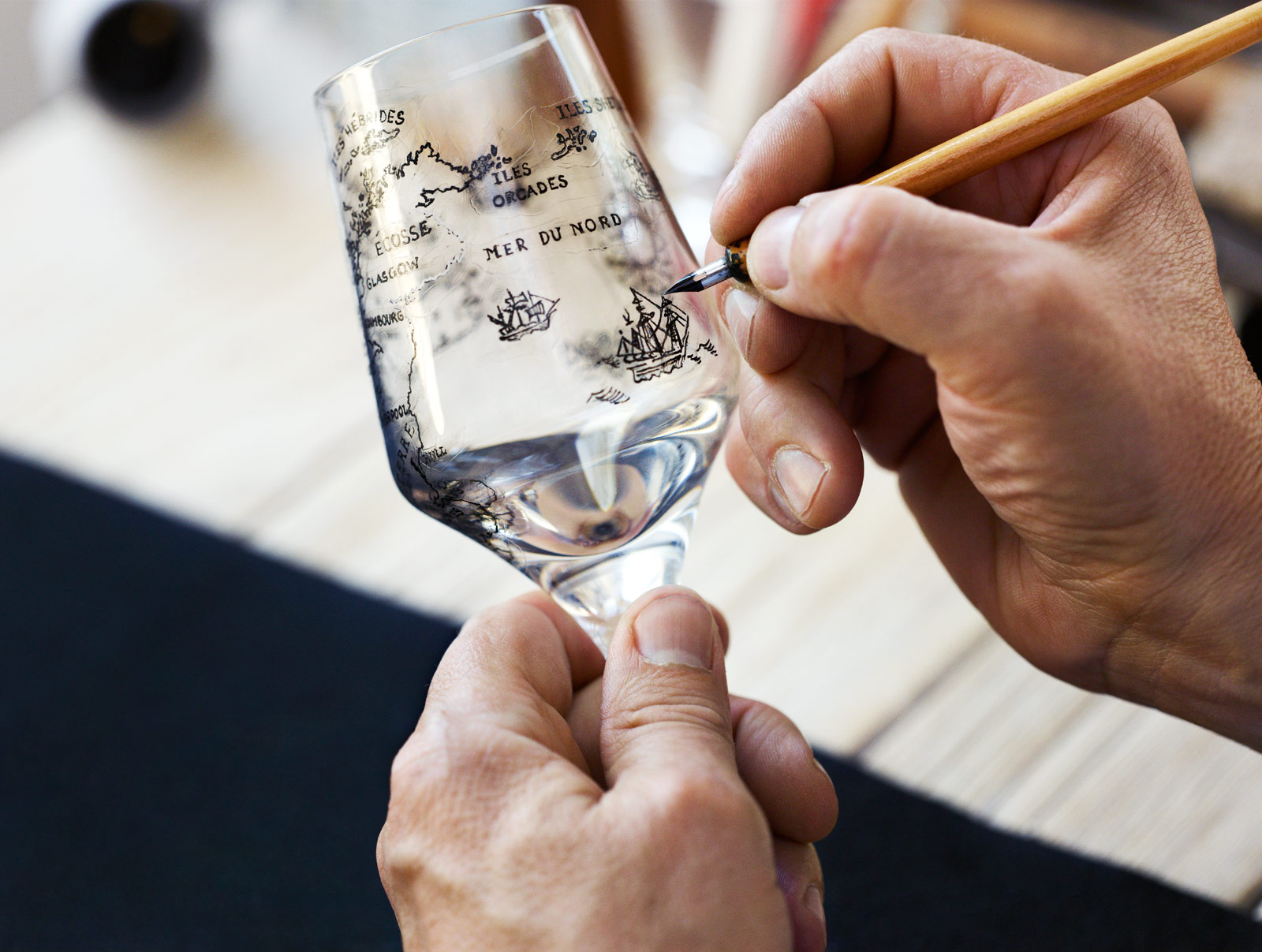 According to Adam Bilbey, Head of Sotheby’s Wine Asia, L’Odyssée D’un Roi is an incredibly unique and special item that is not just one of the world’s greatest spirits but also a work of art. “Selling in all three Auction locations is also unique and something we have never done before, especially for a luxury spirit like this,” Bilbey says adding that he’s hopeful the auction will garner a lot of attention as many of the world’s top wine collectors are now crossing over to collecting cognac and whiskeys. “I feel this will also appeal to a very broad range of collectors, whether they collect spirits, glass or works of art. With its stunning packaging and incredible rarity, this will appeal to anyone who appreciates the finer things in life! 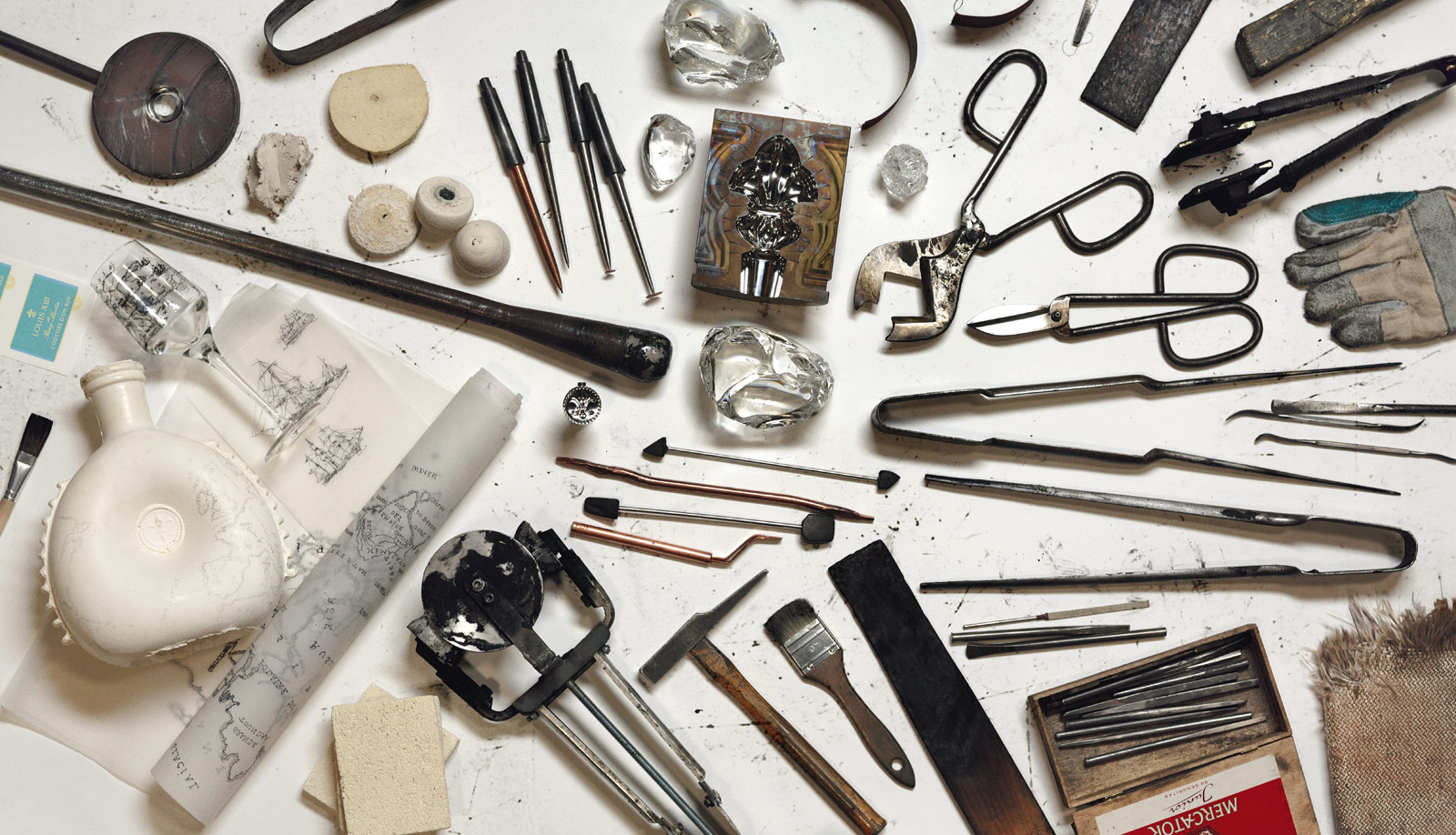 But there were many challenges faced by the teams from the four luxury houses when researching and making L’Odyssee D’un Roi. “We wanted to be faithful to ourselves so one of the main challenges was getting the original maps of Asia, Europe and the Americas for the engravings,” Gere explains. “There were only two craftsmen in Saint Louis who could do these etchings and it took them thousands of hours and hence the two years in making it.”

With a reserve price of US$150,000 per masterpieces, Gere is hesitant when asked what price the hammer will come down on. “It’s difficult to estimate but the figure we think it will be sold for is double the reserve price but it can go higher if someone really, really wants it … remember these are unique bespoke creations and do not exists anywhere else.” 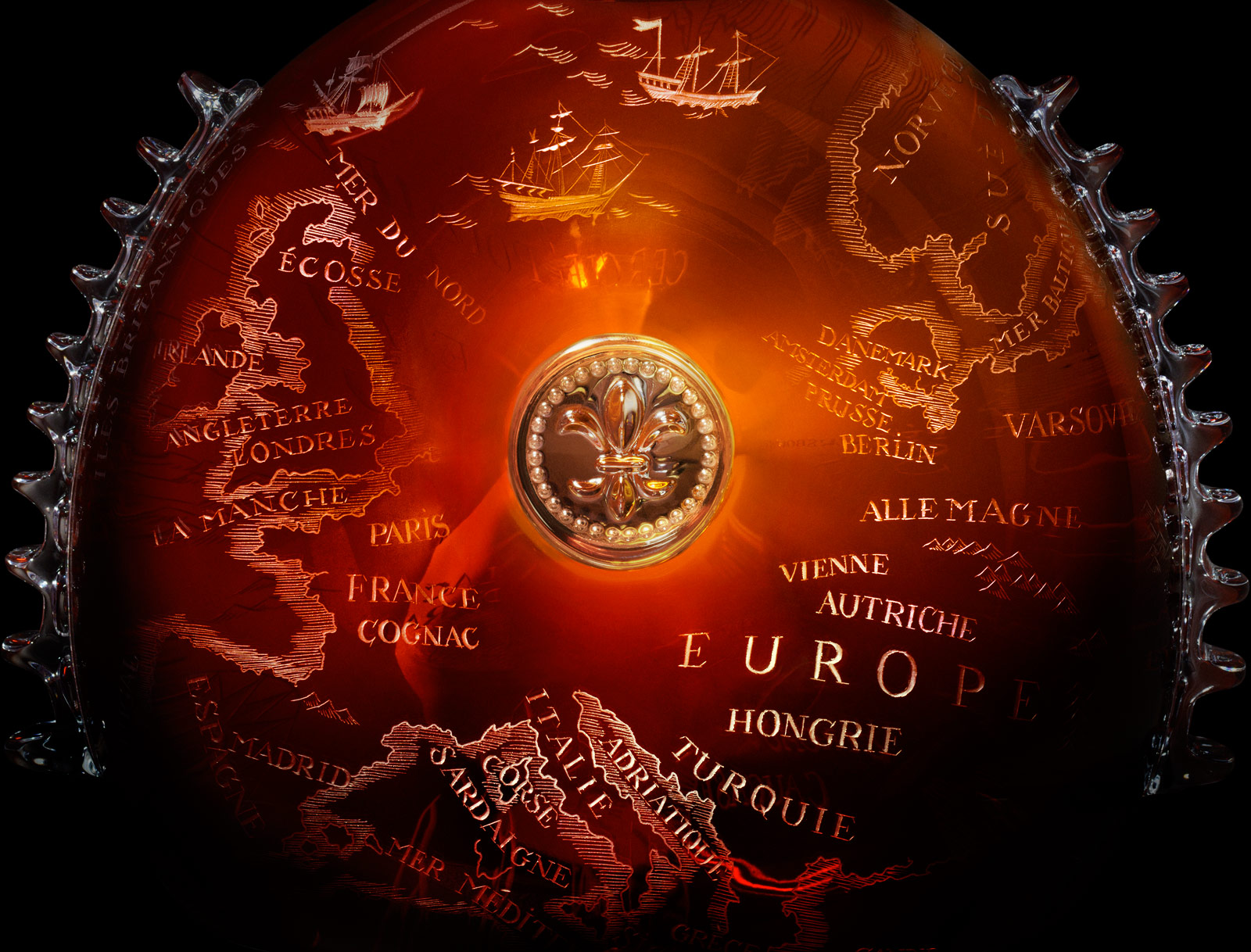 Whatever amount it is auctioned for, it wouldn’t strictly be for the benefit of Louis XIII, Hermes, Puiforcat or Saint Louis. The core of this project is one which has old-fashion altruistic values written all over it. The entire proceeds from the auctions will be donated to The Film Foundation, a non-profit organisation founded by filmmaker Martin Scorsese and which aims to restore and protect the cinematic heritage of old Hollywood movies, newsreels and documentaries. Just like Louis XIII’s raison d’etre was to create something which will be enjoyed a century or more later, the beneficiary of this most precious and special sale will preserve an art form for a future generation who might not realise the beginnings of filmmaking. 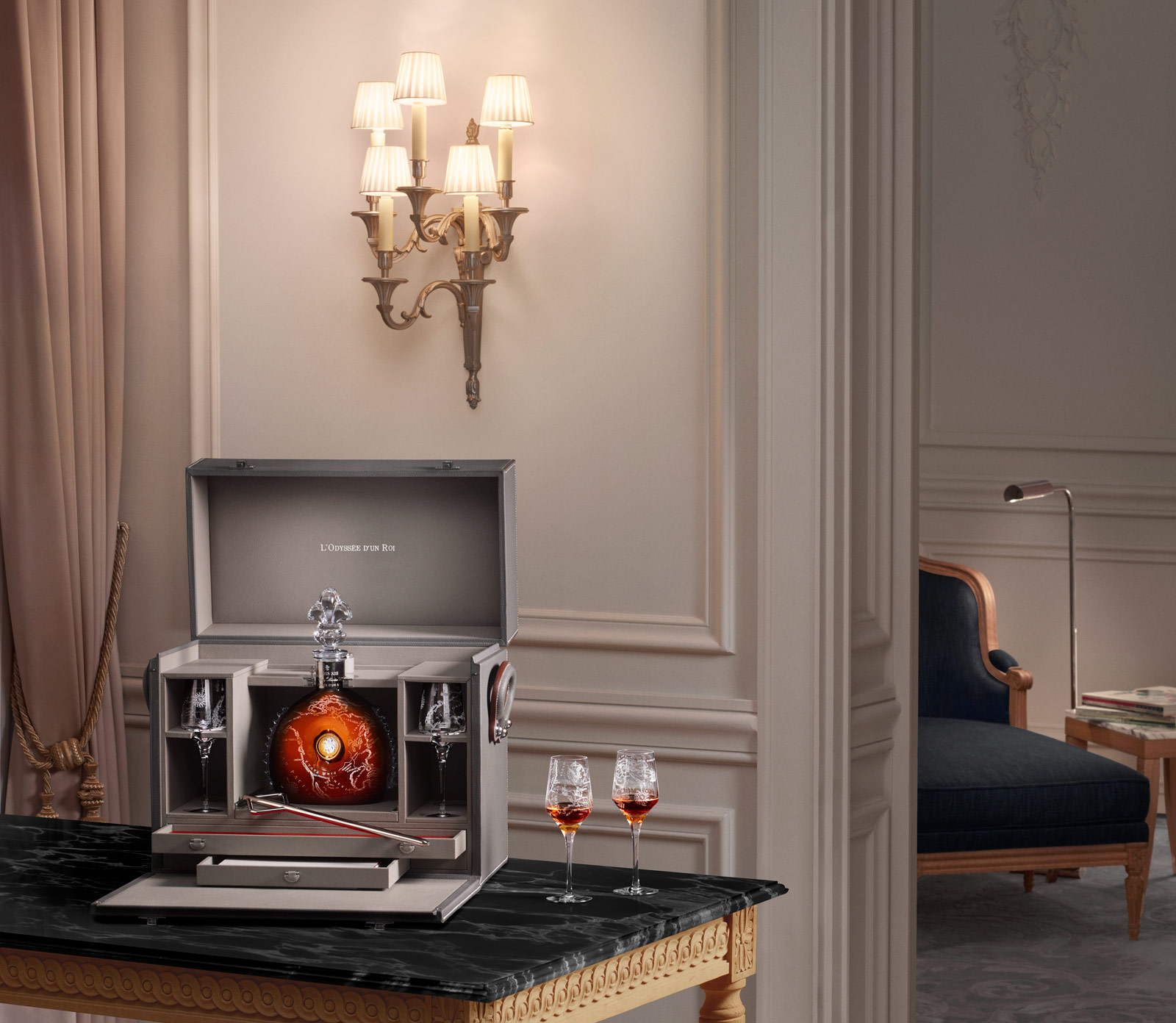