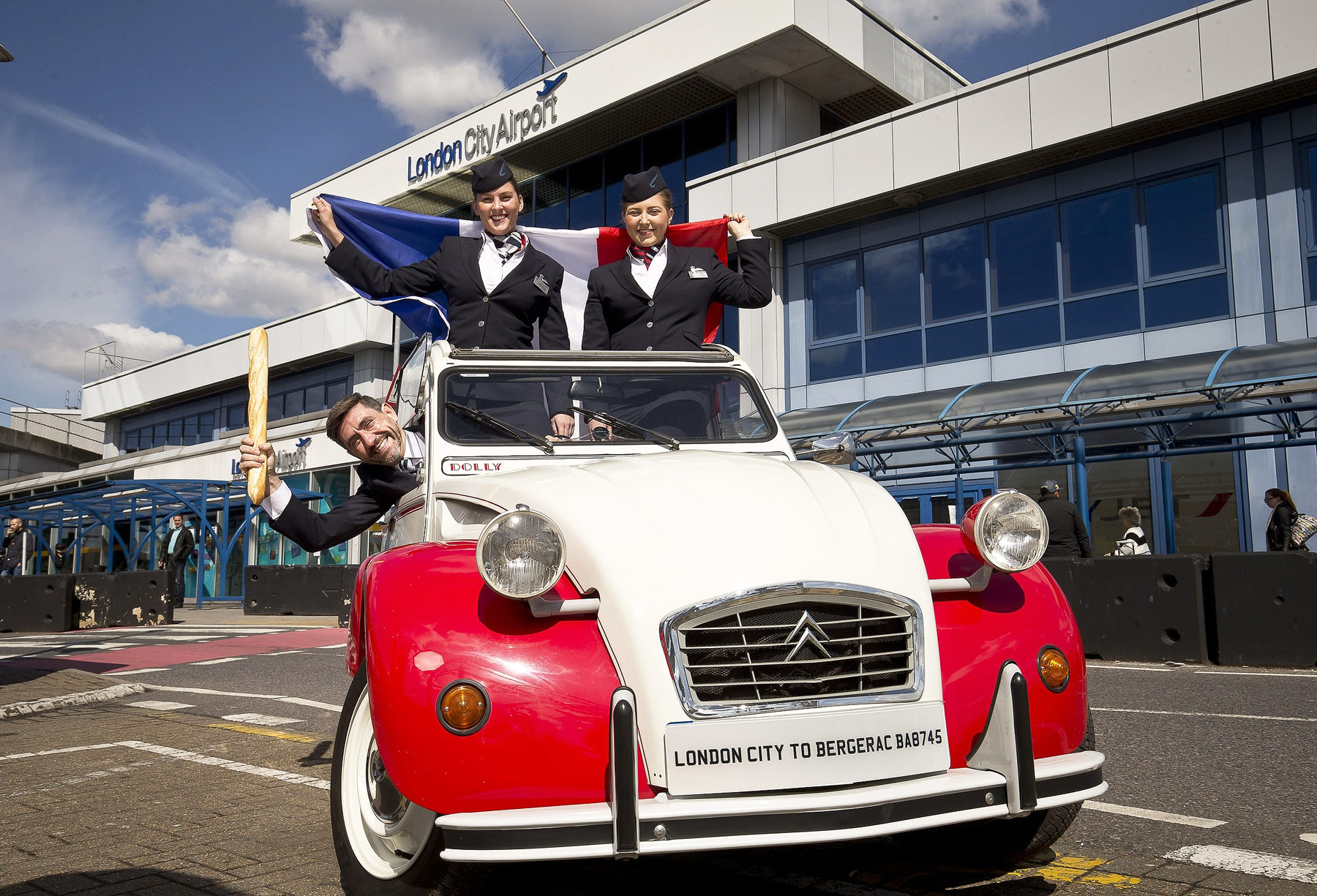 The vintage Citroen 2CV represented the best of France’s heritage while the new air link provides the quickest journey yet between the city of London and the heart of the Dordogne region.

Comparing a flying time of just two and a half hours British Airways’ performance managers Rafael Gallardo and Kristina Phillips and cabin crew member Lucy Barnett decided to sample life in the slow lane, behind the wheel of the 30-year old classic car, which would take over 12 hours to complete the same journey.

Bearing the flight number of the new route, BA8745, the Citroen 2CV certainly drew some admiring glances from customers who were the first to travel on the new service on May 1.

The summer only flights direct from the Docklands to the Dordogne, in the heart of one of France’s most popular wine growing regions, will operate up to four times a week until September.

Luke Hayhoe, British Airways’ general manager commercial and customer at London City said: “The Dordogne epitomises the French rural escape – castles, heritage, rolling hills, vineyards, food markets, gastronomy and wine. We launched the new route with a guest appearance from the Citroen as we wanted to evoke that sense of adventure and bring a bit of Bergerac to London City.”

Matthew Hall, Chief Commercial Officer at London City Airport, said: “British Airways’ new leisure route to Bergerac from London City is an excellent addition to our network, opening up the Dordogne for passengers who want to escape to the French sun quickly and conveniently from the only airport actually in London. The seasonal service builds on our existing French routes and provides greater choice for those planning a long weekend of exploration or a short break in vineyard country.”

Each way hand baggage only fares are available to book from £57 on www.ba.com/londoncity

Customers have a quick and easy journey through London City and with hand baggage only can move from kerbside to airside in just 15 minutes. British Airways’ fares include a generous free hand baggage allowance, complimentary food and drinks on board and no debit card charges.

Flights from London City to Bergerac