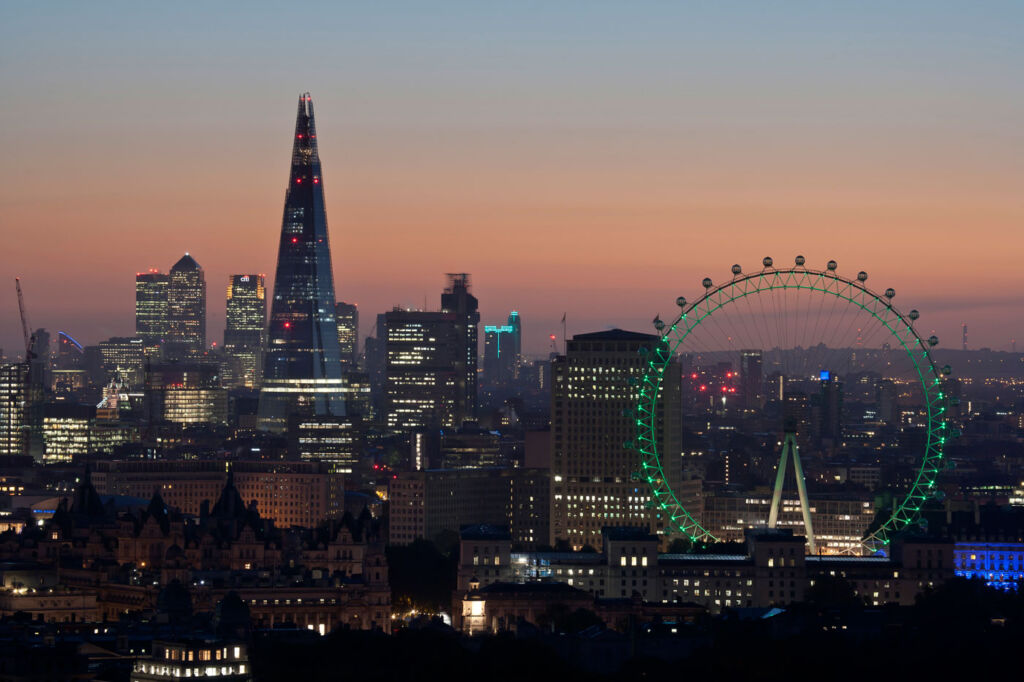 We visit the original Hilton hotel – a luxurious London icon with spectacular views, a Michelin-starred French restaurant and first-class hospitality. 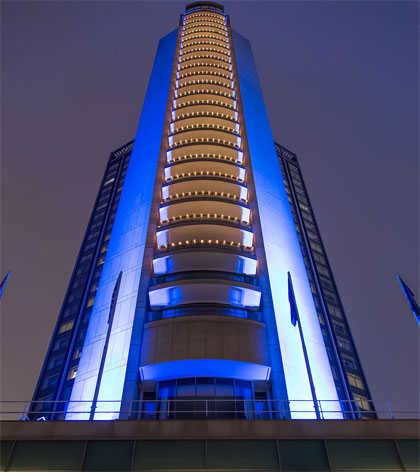 The low-down
The five-star London Hilton On Park Lane is the city’s original Hilton, having opened its doors in 1963.

This iconic high-rise boasts one of the best views in the capital, with windows facing in all directions. You can gaze over Hyde Park, the West End and if you look closely, the gardens of Buckingham Palace.

Unrivalled vistas aren’t the only reason to check in. There’s a Michelin-starred restaurant on the 28th floor (Galvin at Windows) and a lively bar.

If you’re planning a weekend of sightseeing, the hotel is in prime footing. Two major tube stations are walkable (Hyde Park Corner and Green Park) as well as attractions like Buckingham Palace, Hyde Park and Oxford Street.

First impressions
London Hilton On Park Lane is set in swish Mayfair and chances are, there’ll be a line of supercars parked out front.

The glitzy lobby with its sculptures, crystal chandeliers and ornate ceilings makes for a grand welcome.

The warm and professional reception team has check-in dealt with in minutes and before you know it, you’re whizzing up to your room or suite in the futuristic lifts with zero waiting time. 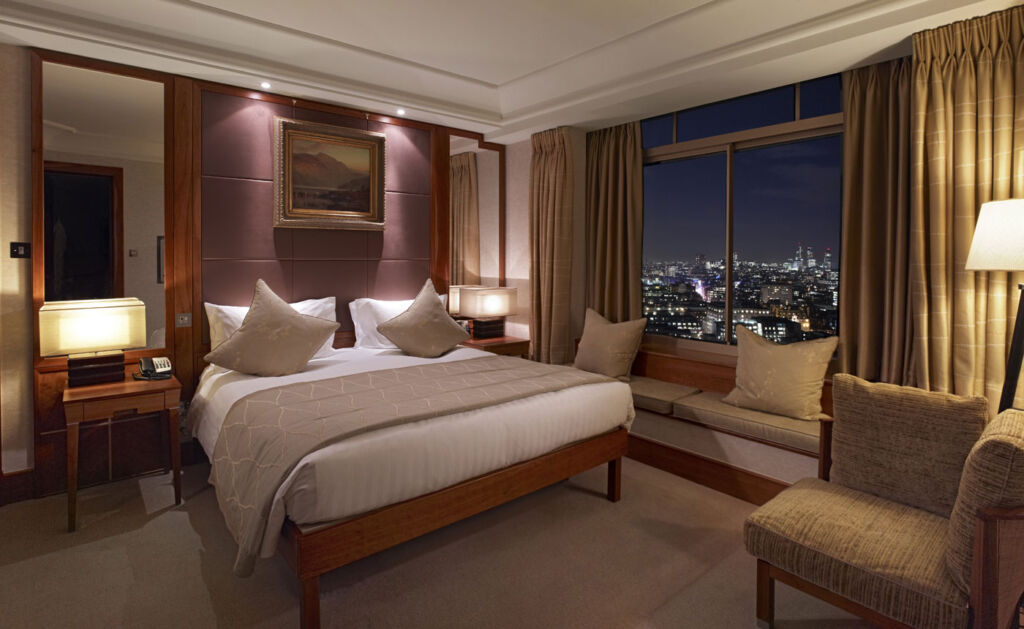 Rooms and suites
The rooms and suites (all 453 of them – many family-friendly) boast 1960s décor, playing on Hilton’s traditions.

The décor might not be to everyone’s taste but there’s no denying the opulence. Exquisite fabrics, bespoke artwork, ornate vases, and a rich cream and gold colour scheme set a lavish tone, reminiscent of a more classical era.

We stayed in the Park Lane Suite. For the best views and that VIP edge, you’ll want to book a suite, all of which have the makings of a swish city pad.

The views from our floor-to-ceiling windows were mind-blowing and the suite was close to the size of my entire apartment. There’s a separate lounge, a huge marble bathroom, a comfy bedroom and a walk-in wardrobe. 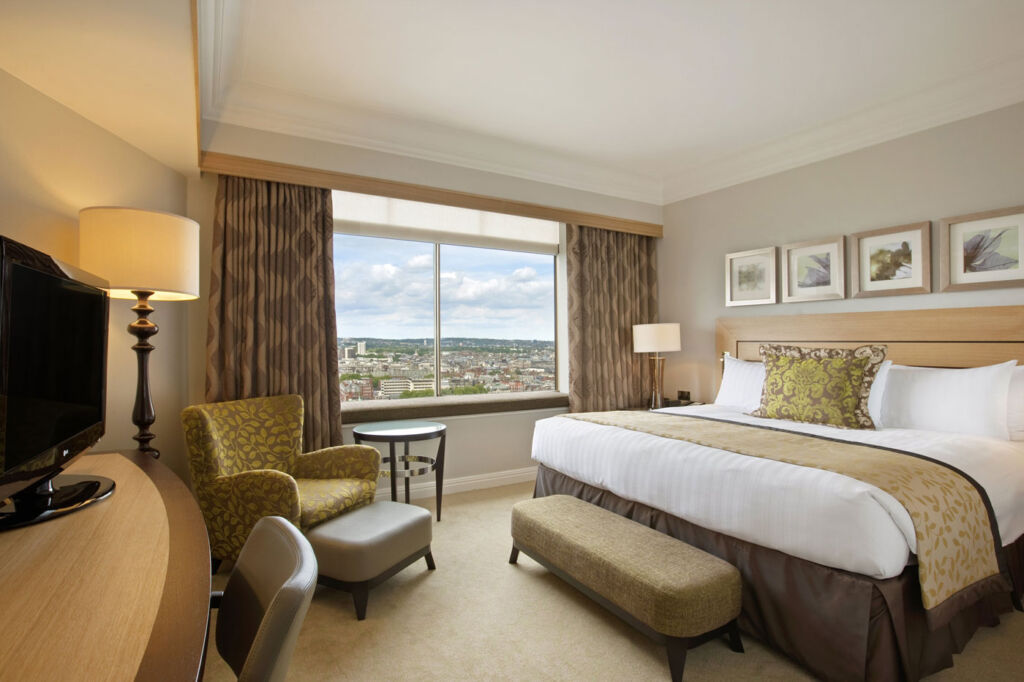 The suites tick all the boxes in terms of amenities, with a Bose speaker, a fully-stocked mini bar (chargeable), a Nespresso machine, fluffy robes, artisan toiletries and so on.

Those staying in a suite also get access to the Executive Lounge, which comes in handy for drinks, snacks and breakfast (all complimentary) but we brought those back to our room so as not to miss out on the views. 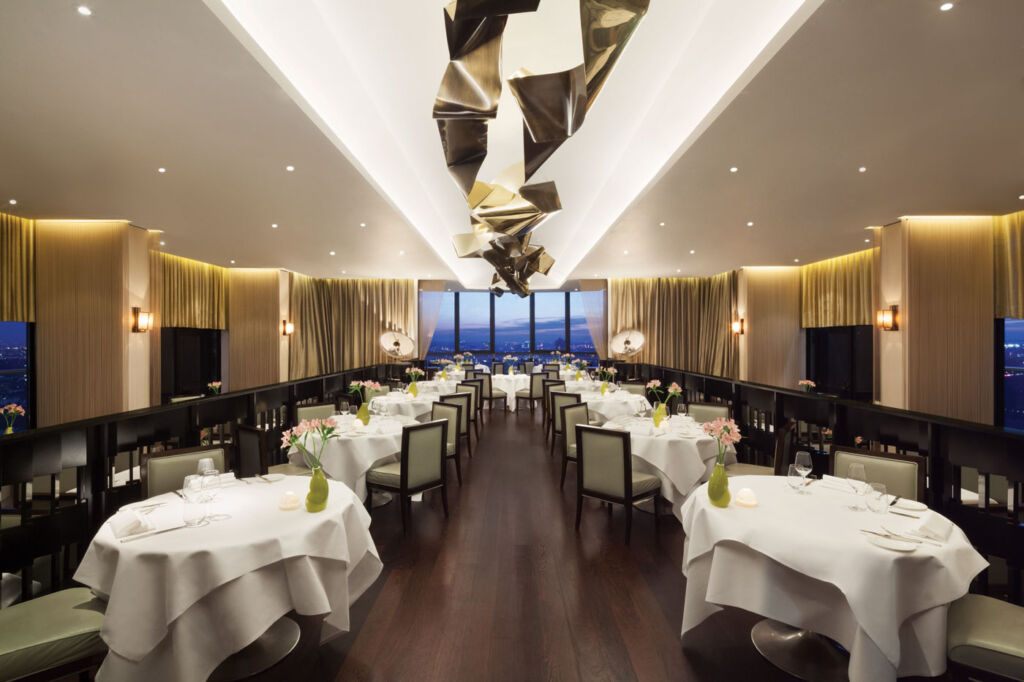 As first impressions go, the Windows doesn’t disappoint. Its spacious dining room boasts jaw-dropping views through the floor-to-ceiling windows and the smart waiting staff create a sense of class – welcoming yet exclusive. The décor is elegant and relaxed, with soft brown hues, fresh flowers and sculptures.

Korean head chef Joo Won has been in the kitchen since the restaurant launched and his influence is clear to see, with French-Asian fusions throughout the menu.

There’s a range of menus ranging in price. We chose the ‘Prestige’ menu costing £82 for three courses and there’s a highly knowable sommelier on hand for wine pairings.

The Iberico pork was absolutely divine – never before have I tasted pork so tender. The soy and treacle-cured salmon starter also deserve a mention. It was sticky, sweet and sublime. Aromatic ginger, pickled beets and Nori (seaweed) mayo added some Asian flair.

Of the mains, the Bouillabaisse stole the show. It was heaven in a bowl, with succulent lobster tail, a big, juicy scallop and beautifully-cooked lemon sole swimming in a rich broth. It came with a side of chewy toasts slathered in paprika butter.

Perfect for celebratory dinners or to impress a date, Galvin at Windows is a destination in its own right and makes for a savvy, less well-known alternative to dining at The Shard or City Social. And in my opinion, the food here wins against any of those high-rises.

Anything else?
The hotel has the makings of an all-inclusive resort. As well as the 28th-floor restaurant, there’s a ground floor restaurant (which serves a decadent chocolate afternoon tea), a French champagne bar and London’s first Polynesian-themed restaurant, Trader Vic’s. There’s also a well-equipped gym, hairdressers and a spa.

Breakfast deserves a mention. It’s on the pricier side but the hotel puts on an impressive spread. There are all the usual cereals, yoghurt and full English options, plus an omelette station, an irresistible pastry selection, an entire table of cereals, biscuits and bread for those with intolerances and Asian cuisines covered too. 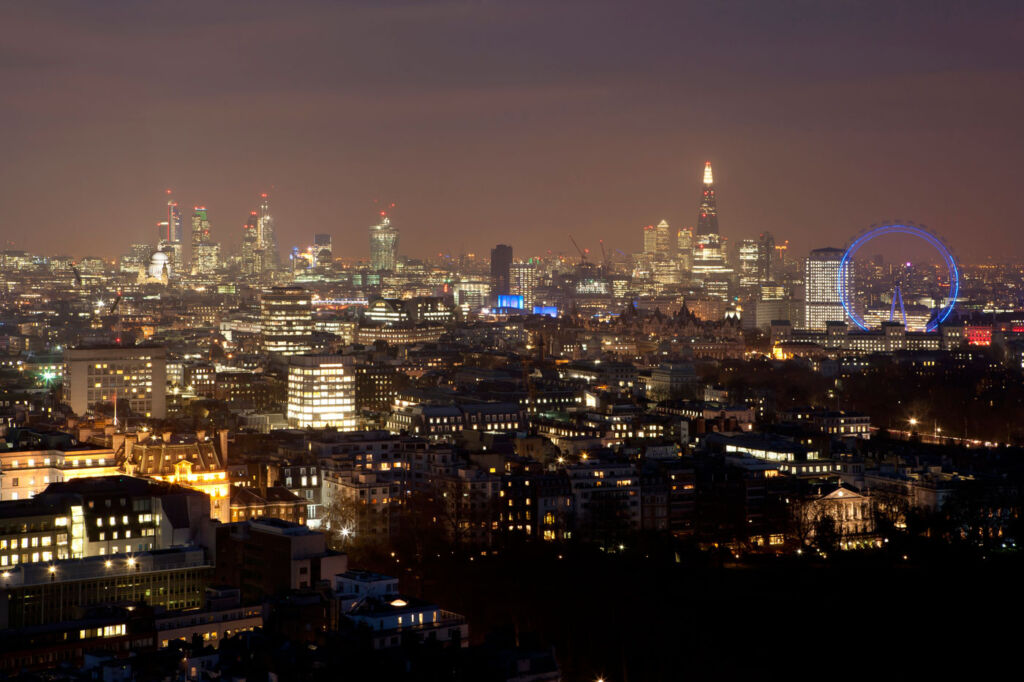 If you’re staying in the city for business or pleasure, London Hilton on Park Lane is a reliable all-rounder with the wow factor, thanks to its breathtaking views and unforgettable fine-dining restaurant.

London Hilton on Park Lane – Where and How

London Hilton on Park Lane is located on 22 Park Lane, London, W1K1BE. For bookings or to find out more, visit www3.hilton.com.