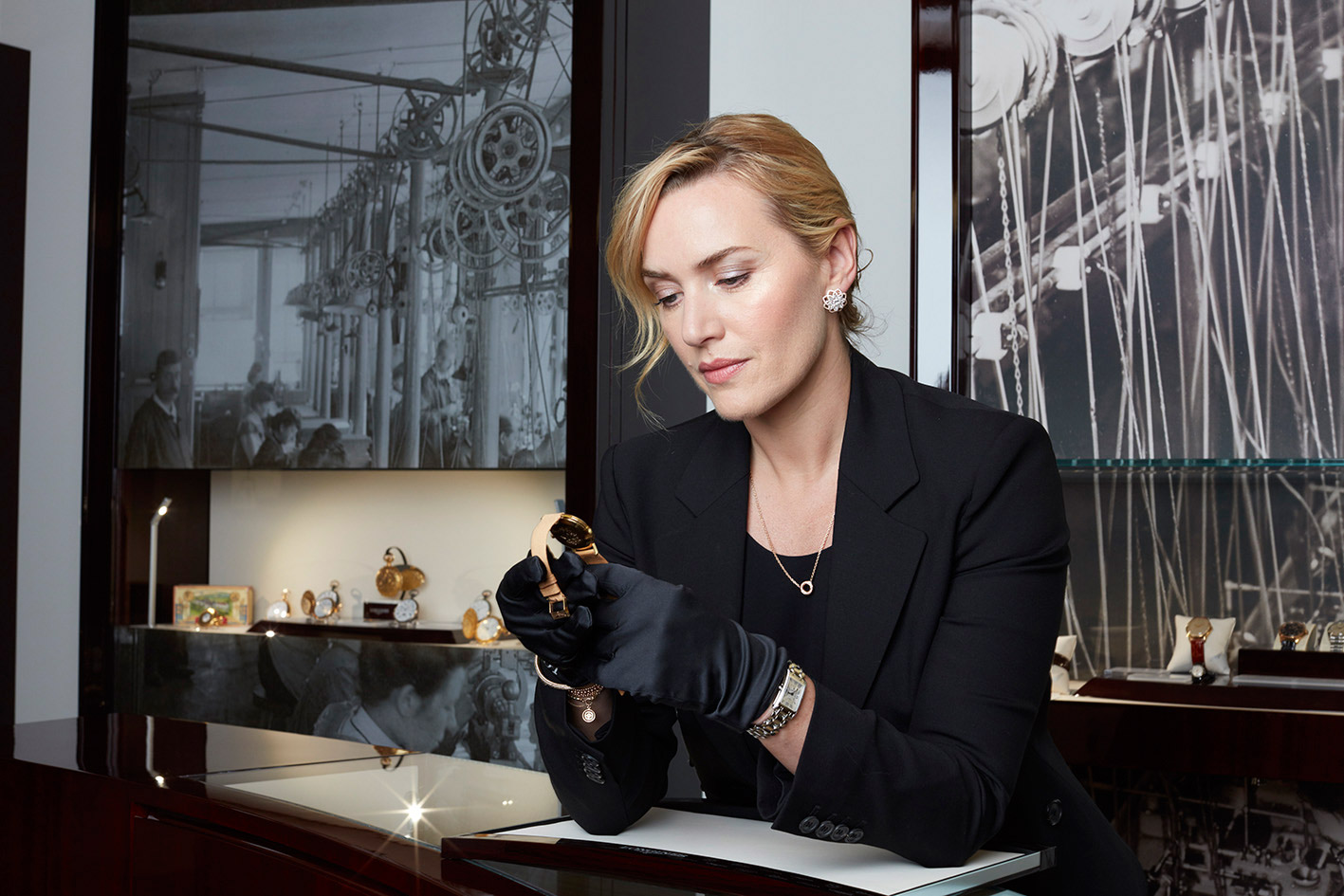 Oscar-winning actress Kate Winslet, visits the Longines headquarters in Saint-Imier in Switzerland in support of the Golden Hat Foundation

Take two icons in their respective fields, one known for elegance, the other renowned for quality, put them together and you have the perfect combination. When you think about it, the words elegance and quality could easily be applied to both Kate and Longines, such are their legacies.

Longines asking Kate Winslet to become their Ambassador of Elegance six years ago was a stroke of genius, and for Kate to accept shows that aside from her exceptional acting ability she has an eye for quality and tradition. 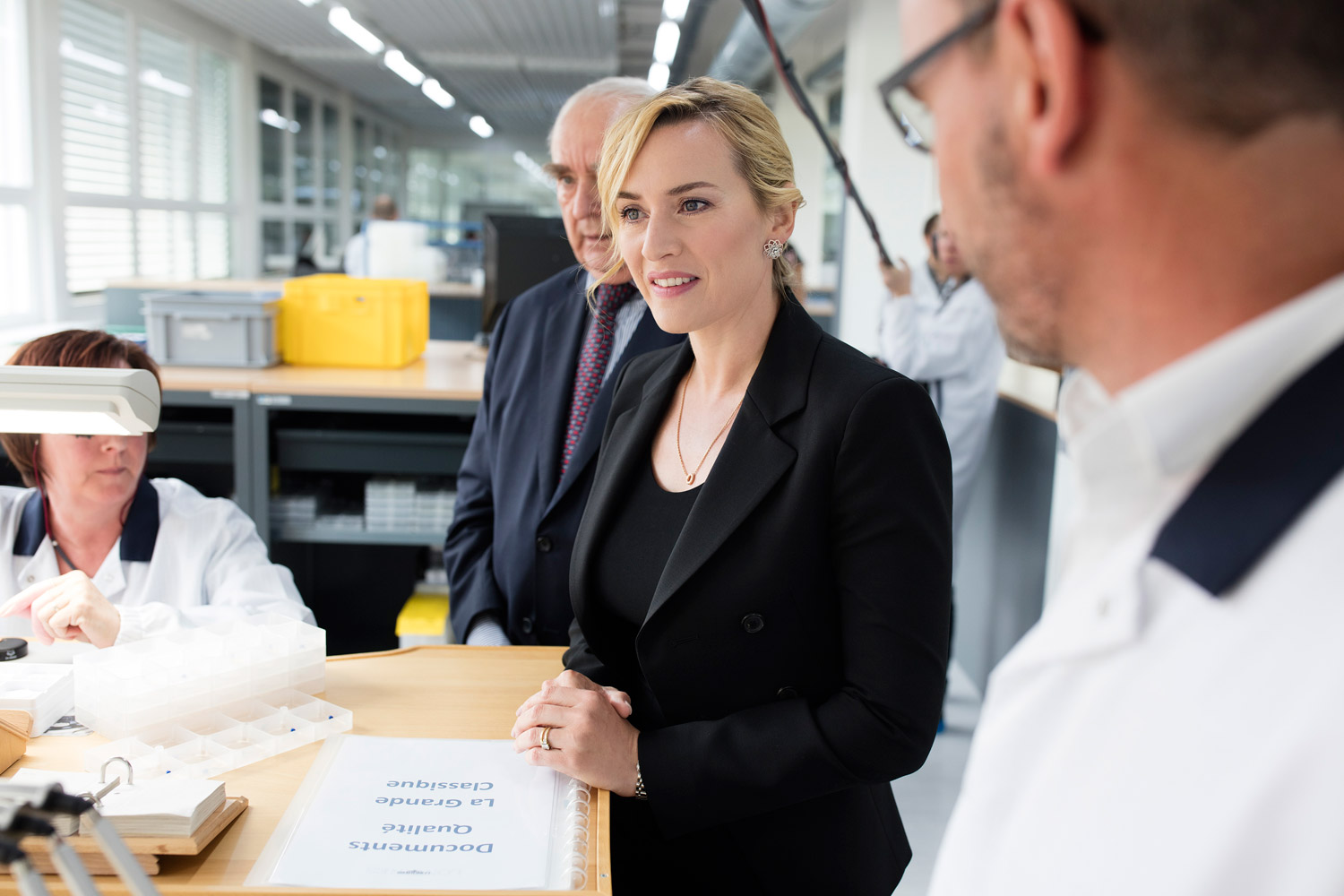 One could not truly hold such a prestigious title such as ‘Ambassador of Elegance’ with a brand as famous as Longines without paying a visit to their home and this is precisely what Kate did. 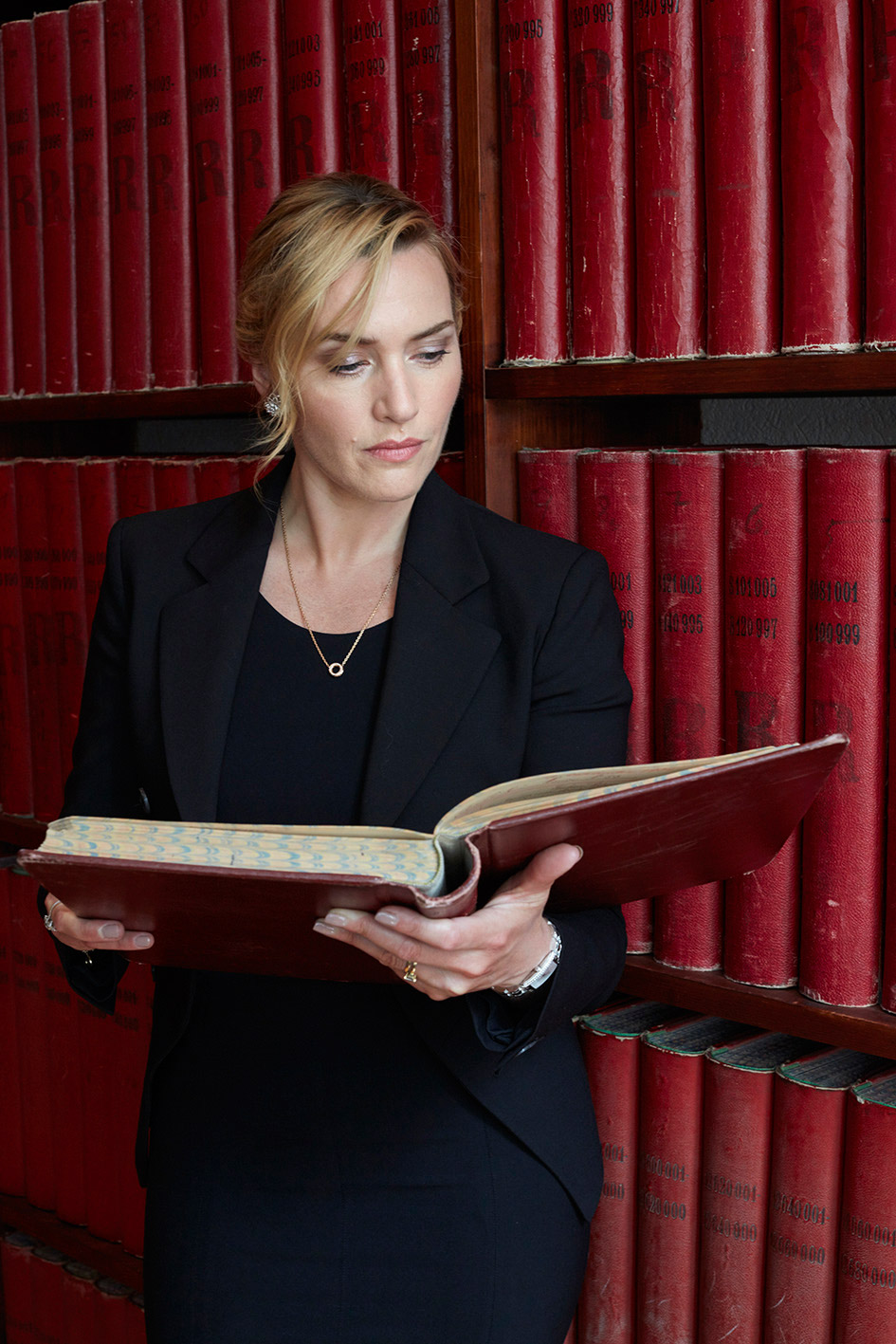 This was Kate’s first visit to the headquarters of Longines which are located in Saint-Imier in the French-speaking Bernese Jura. Kate made great use of her time at the Swiss watchmaking brand with a tour of the headquarters including taking time to learn about the technical artistry behind Longines timepieces and a visit to the the Longines Museum. During her time at the museum, Kate was invited by Longines to select a watch that will be reissued by the company for the benefit of the Golden Hat Foundation.

Kate’s extensive charitable work has been well-documented. Over recent years, she has supported a multitude of charitable organisations including the Elton John Aids Foundation, Cardboard Citizens and PETA.

For this visit to the Longines Headquarters, her focus was on the Golden Hat Foundation, a non-profit organisation formed to change people’s perception of Autism by shining a light on the abilities and potential that can be found within autistic individuals. Kate is the co-founder and public-fronting face of the charity and her involvement, much like her work with Longines will no doubt bring a large amount of attention to many people throughout the world. 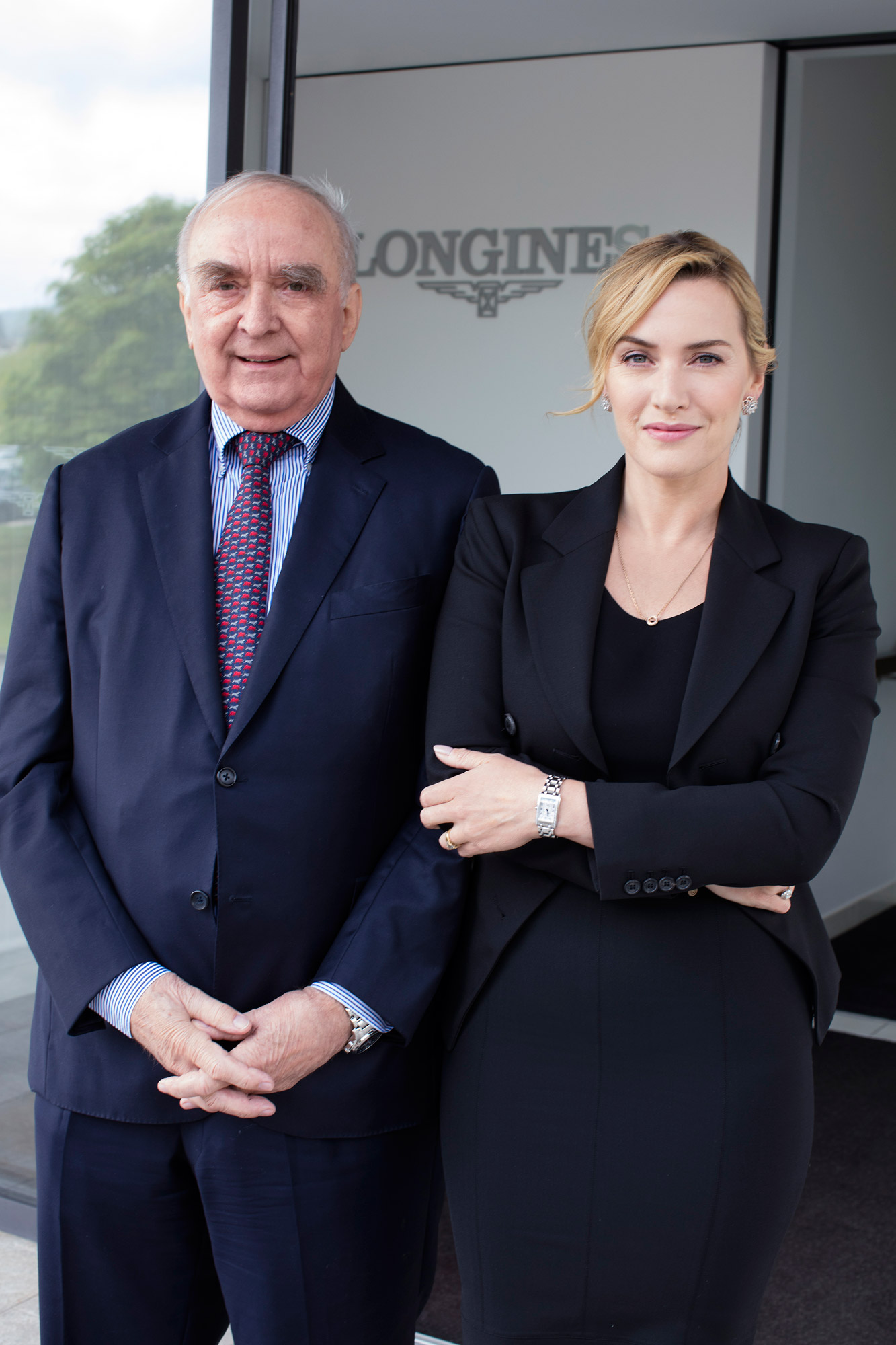 Longines, under the expert eye of their President, Walter von Känel have a long tradition of supporting worthy causes around the world. Only recently they welcomed another of their ambassadors, tennis legend Steffi Graf and the non-profit organisation, Children of Tomorrow to their headquarters to reiterate the brand’s unwavering support for the charity. Aside from the obvious synergy between Kate and Longines, their shared passion for promoting good causes is a benchmark for other companies and media personalities to adopt.

In a world often dictated by three short words me, me, me it is truly refreshing to see a great brand and a superb actress working together for nothing more than the benefit of others.