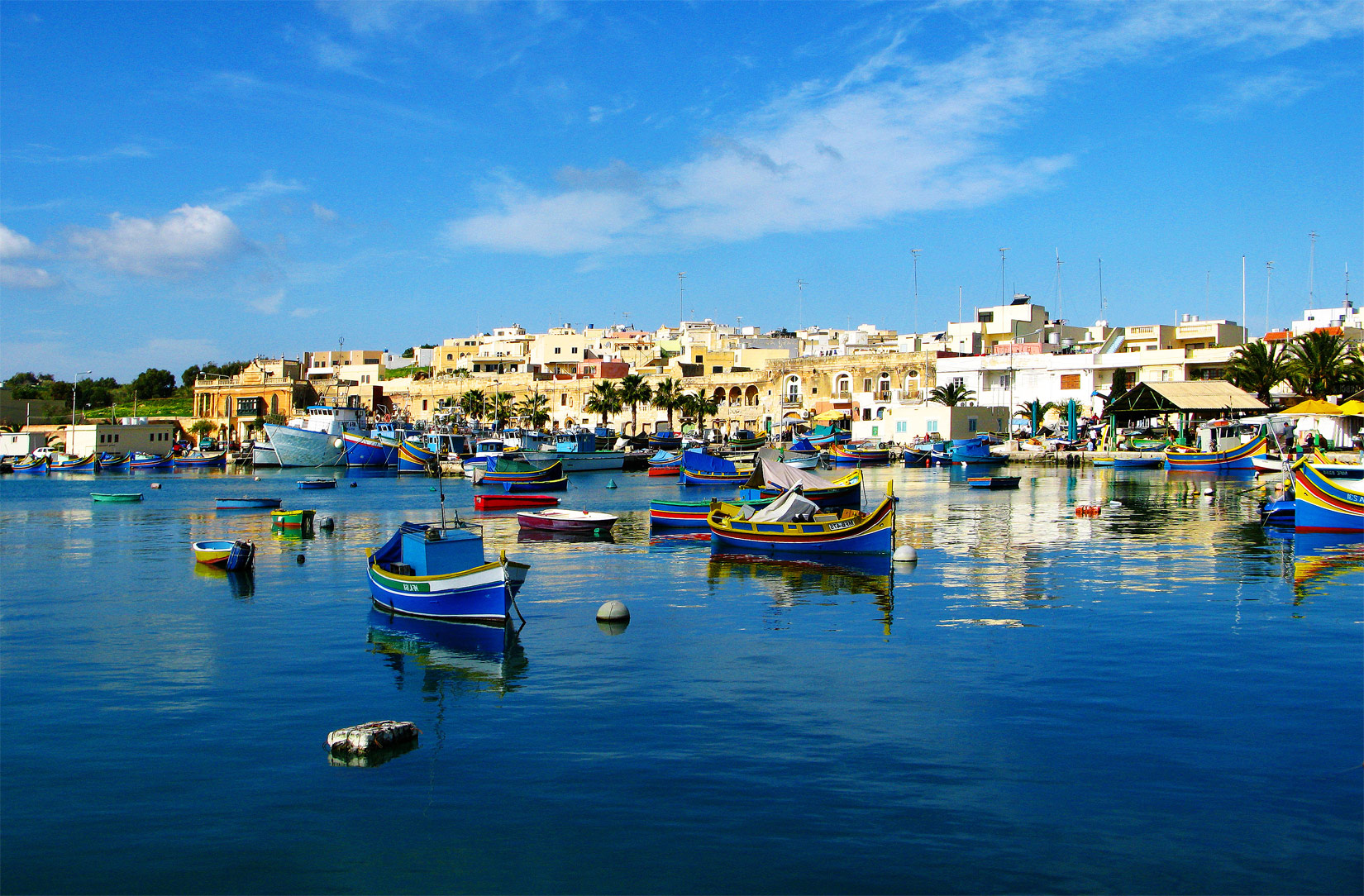 From the Intercontinental Malta, Jamie Ndah sets out to uncover more exciting things to do in this beautiful country and during his stay experiences the lure of the Lost & Found Festival

It’s a sunny day on the final day of March and Spring is definitely in the air. I arrive at Malta International Airport thanks to the courtesy of Air Malta and my flight was relaxed and took just under three hours from London Heathrow.
Malta is one of the smallest countries in the world and is home to over 423,000 people but it really does punch well above its weight when it comes to luxury and hospitality.

My journey from Malta International Airport which is based in Valletta, Malta’s capital city is just seven kilometres to the hotel and took less than 20 minutes to complete which gave me an opportunity to view Malta while it was calm and tranquil.

7,000 years of vibrant history were on show and it’s evident to see the baroque scenery and dramatic architecture that provide a striking backdrop to this fascinating island.

Malta really is stunning and is located in the heart of the Mediterranean, nestled between Sicily and the North African coast.

It is a nation known for historic sites related to a succession of rulers including the Romans, Moors, Knights of St. John, French and British. A real popular sun and sea sanctuary that receives more than 300 days of sun a year and is amongst some of the most breathtaking clear waters you’ll ever see.

I can’t help notice there is a real sense of excitement on the island during my stay and this is due particularly to the impressive Lost & Found Festival which Malta hosts between 31st March until 3rd April. Following on from the hugely prosperous debut year in 2015, the Lost & Found Festival is spearheaded by the UK’s legendary dance DJ Annie Mac with a little help from an outstanding guest DJ and artist line up such as Disclosure, DJ EZ, Julio Bashmore, Groove Armada, Mark Ronson, Katy B and many others.

The Lost & Found Festival stretches across a multitude of venues on the island from St Paul’s Bay right through to the outskirts of Rabat. With a number of poolside stages, boat parties, castle festivities and all-night celebrations to choose from it is no surprise that this energetic and passionate gathering has already become one of the must have tickets on the festival circuit and I can’t wait to get involved.

I am staying at the magnificent Intercontinental Malta which is a gorgeous luxury property situated in the exclusive beachside resort of St Julian’s. The location is excellent and walking distance from some of Malta’s finest shopping outlets, entertainment and trendy nightlife.

My room is a dazzling deluxe suite elegantly decorated, floor to ceiling windows, offering superb views across the Maltese Islands. This luxurious 60 sqm suite has state of the art technology and includes a separate large living area, work desk and a terrace with private loungers to relax. A divine king size bed, sizeable calm bathroom quarters with a separate jet powered bath and a generous walk in shower typify the style and sophistication of this exquisite suite.

Benefits of a deluxe suite also allow access to the fabulous private lounge located on the 15th floor overlooking St.George’s Bay. The Club Intercontinental offers outstanding service and has an excellent array of breakfast refreshments throughout the day, afternoon tea, canapes, pre-dinner cocktails and desserts to choose from too. 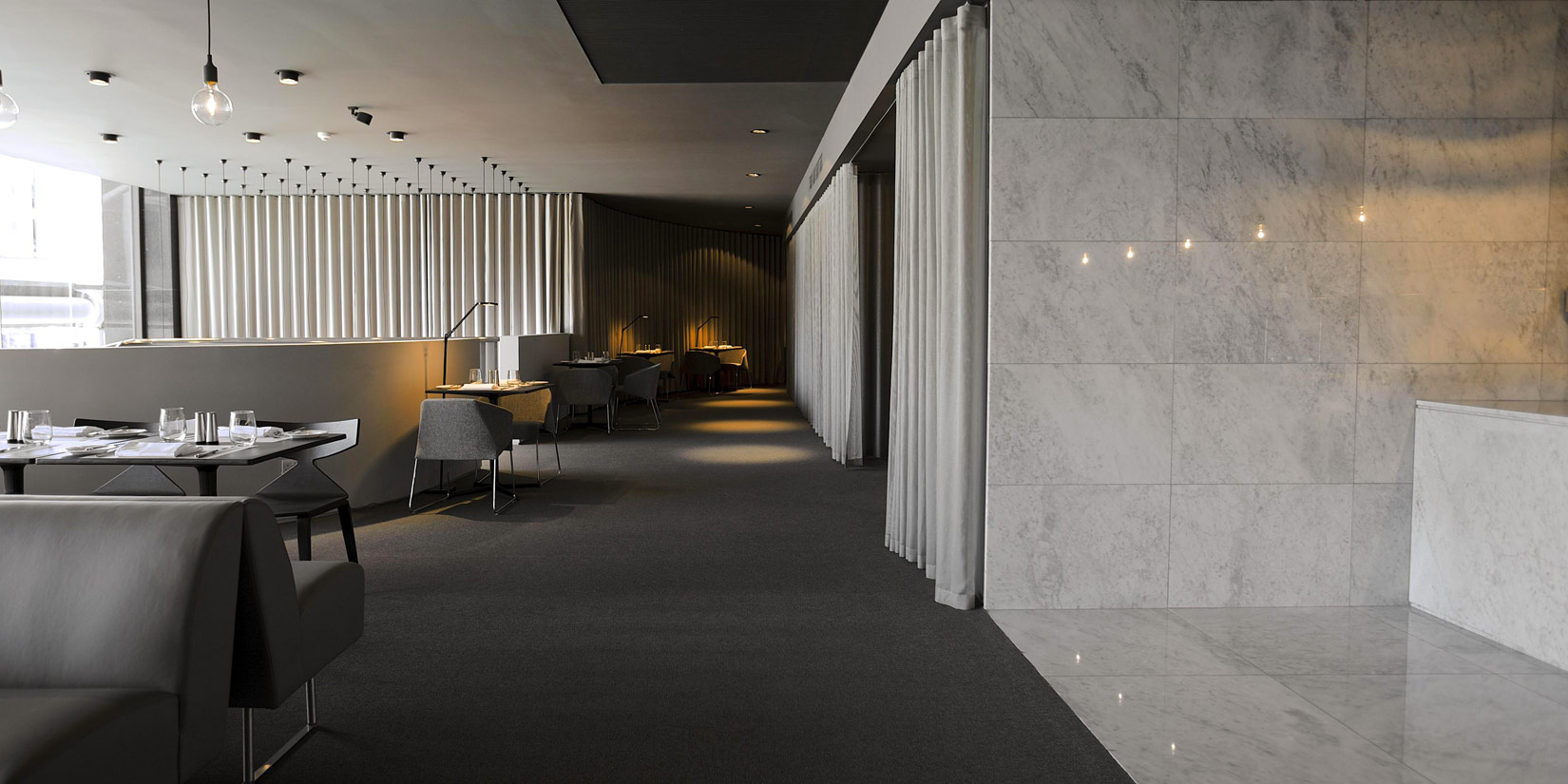 There is also exclusive access to the 19th floor for those guests who want to rest and relax in the infinity pool.

That evening I proceeded to explore Café del Mar for the opening party at the Lost & Found Festival and it didn’t disappoint. An enticing venue which offered angelic views of the Mediterranean Sea and St Paul’s Island. Forming part of the Malta National Aquarium complex, Café del Mar was one of the main focal points for the festival. The packed indoor and outdoor venue was a sight to see and the diverse mix of party revellers couldn’t contain their joy when the dance classic anthem by Armand Van Helden – You Don’t Know Me was played across the entire venue site.

This was a great introduction to Malta and the Lost & Found Festival and I had a feeling it was only going to get better.

The following morning I got the opportunity to discover Valletta which is the capital city of Malta and is located in the central-eastern part of main Island Malta.

Valletta is listed as a UNESCO World Heritage site thanks to its rich historical value and links to the Knights of Malta, who built the city in the second half of the 16th century.

It is the smallest capital city in the EU and stands at just 0.55 sq km and is home to currently 6,500 people. A capital city brimming with monuments, statues, niche fountains and also manages to fuse its apparent unique style with modern and contemporary architecture buildings too.

It is no surprise that Valletta will be hosting the title of European Capital of Culture in 2018 and it seems very exciting times lay ahead for this stellar haven, a title it most certainly deserves. 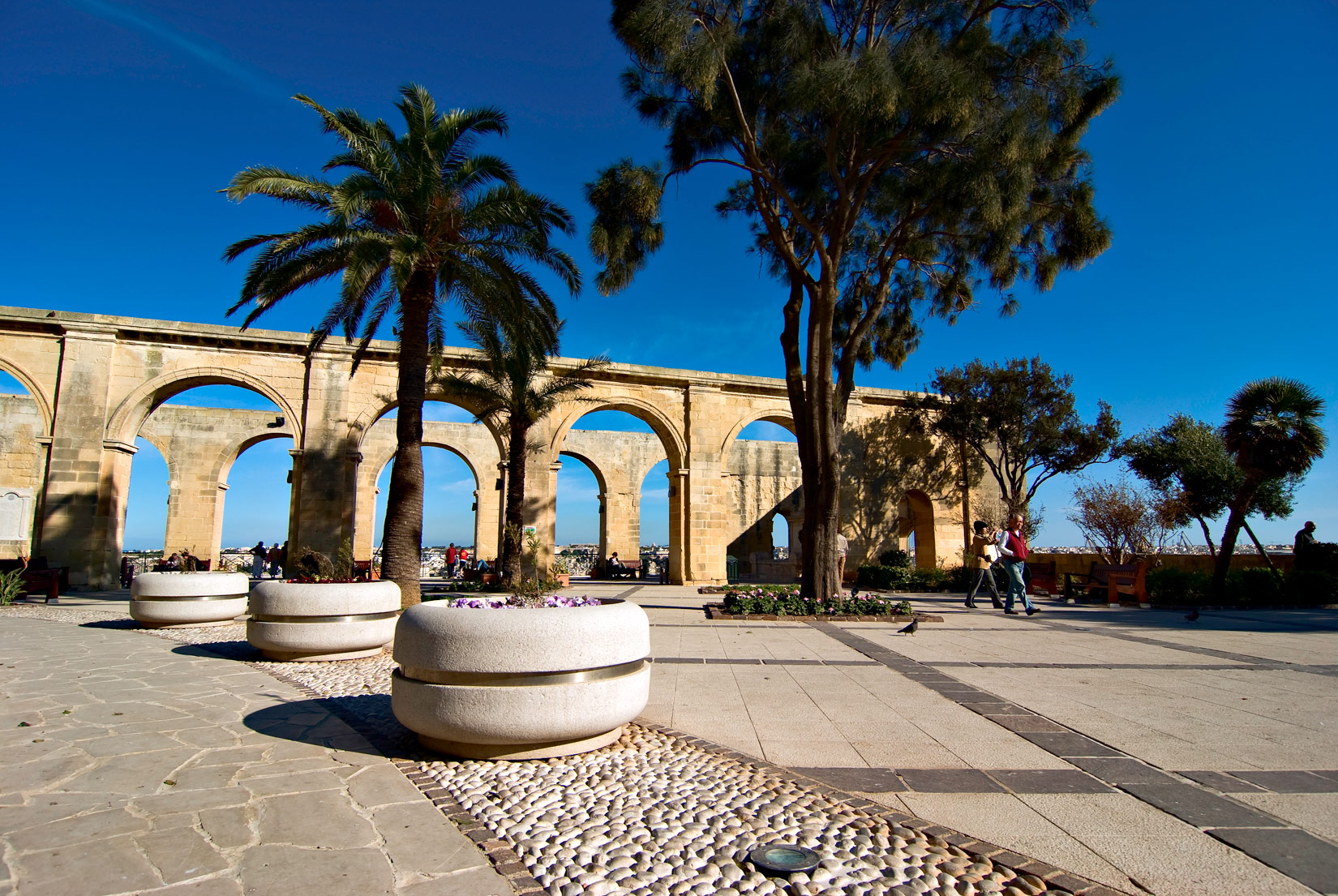 I then took a casual stroll to the beautifully manicured Upper Barrakka Gardens which is situated near Castille Place and has incredible views across the Grand Harbour over to the Three Cities. The gardens were once used for private recreation for the Italian Knights but were opened to the public from the 1800s. 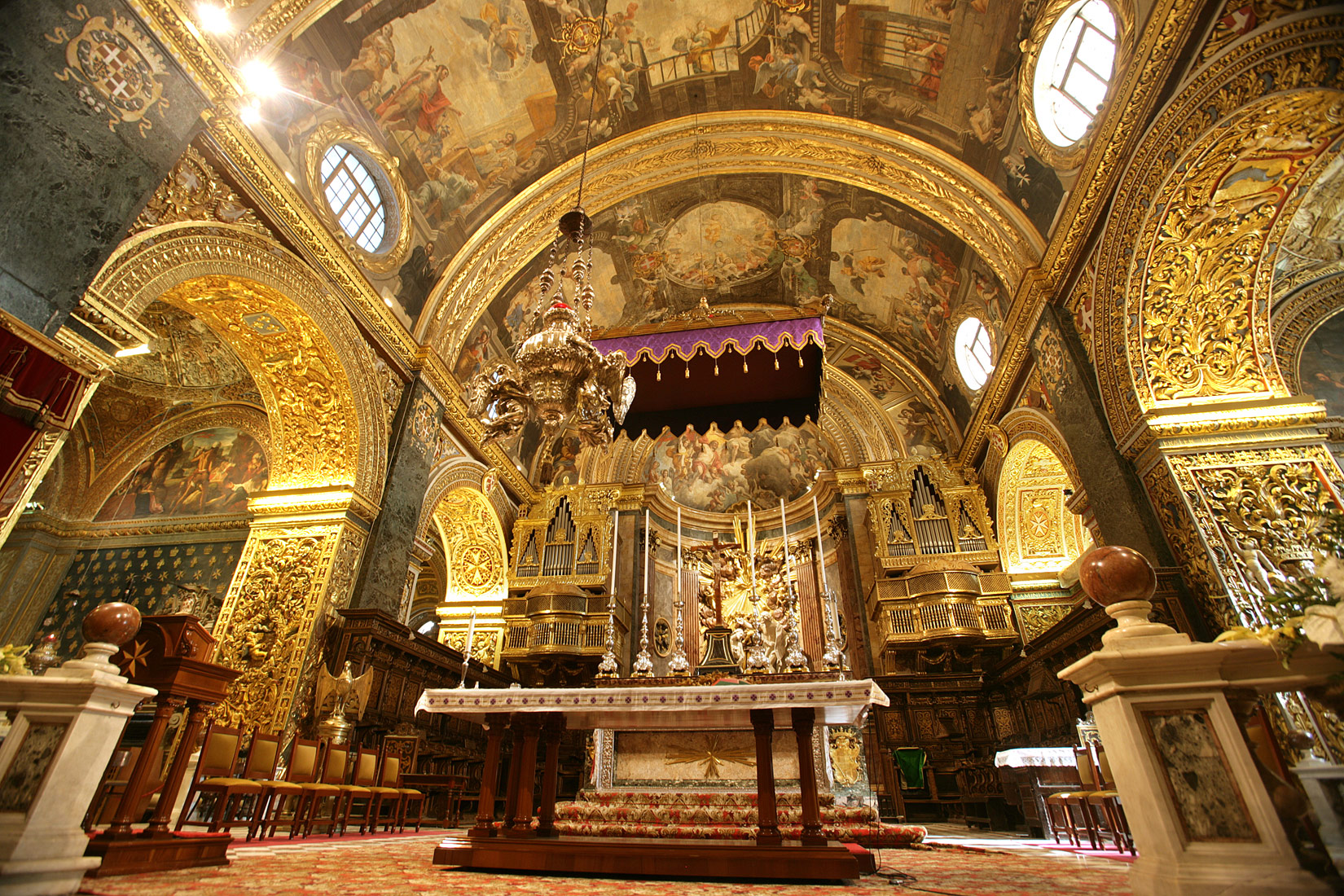 My next stop was that of St John’s Co-Cathedral which was built and constructed by the Knights and is dedicated to St John the Baptist. The building is a masterpiece of baroque art, architecture and of course its splendid collection of Caravaggio artworks which can be seen amongst its opulent interior. The Grand Masters and several Knights donated lavish gifts of high artistic value and made huge contributions to enrich it with only the best works of art.

The Church today is a very important shrine and a sacred place of worship for the people of Malta and visitors from all over the world.

The afternoon was now firmly in charge and the sunshine was piercing through in a strong but glorious way, it was time to head towards the much anticipated luxurious San Antonio Hotel where the Lost & Found Festival daytime pool party was being hosted.

It’s one of the largest hotels in Malta and has been recently renovated and boasts numerous outdoor pools overlooking the ocean.

A perfect setting for renowned DJ’s Jackmaster, Horse Meat Disco & Breakbot playing an uber cool euro disco set. The large but friendly crowd were in their element when classic 80s tracks such as Whitney Houston’s – How Will I Know, Michael Jackson’s – Rock With You and Womack & Womack’s – Teardrops were played, a truly memorable moment.

After dinner I visited the main festival site at Club Numero Uno which is the largest open air club in Malta and Gozo. Situated over extensive grounds right in the middle of Ta Qali’s crafts village and with a capacity of over 4,000 people. The atmosphere was electric and there is no other venue quite like it on the islands.

This was the main venue site for the Lost & Found Festival and I was lucky enough to witness a super charged set by Katy B who had the rocking crowd in the palm of her hands as she sang a mixture of old and new tracks. I soon retired to the VIP area where music industry clientele gathered, rapper Professor Green and the lovely Annie Mac were in close proximity too, speaking to fans and taking countless photos with them also. Yet another fine day in Malta had been accomplished and I still had so much more to see and do.