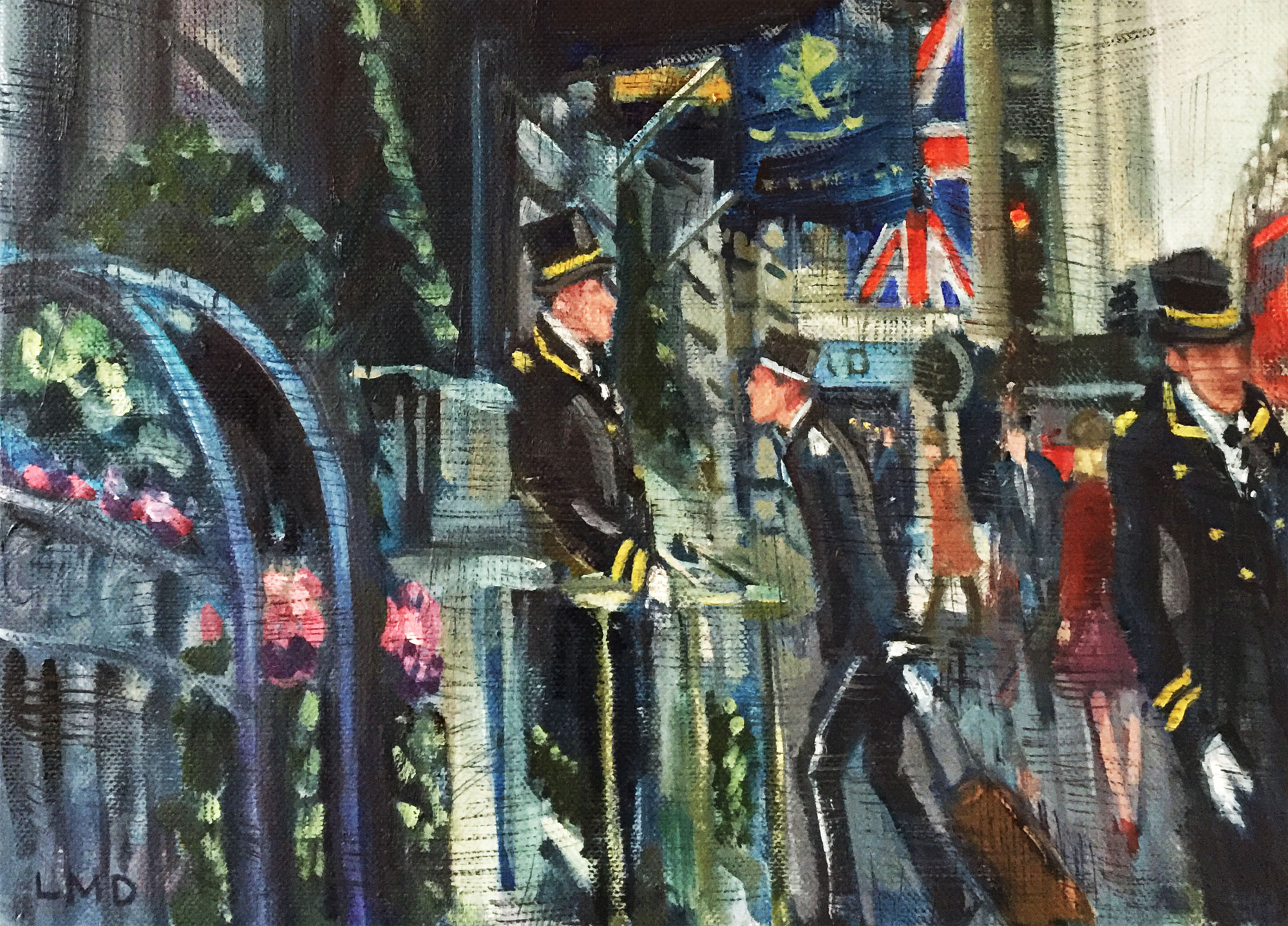 Lucy Dickens is the Great-Great Grand Daughter of the ‘Inimitable’ Charles. She’s a London-based  painter who loves to take a peep behind the scenes in grand hotels, especially The Ritz in London

She calls herself ‘a people watcher, a nosey parker with a vivid imagination’. As a true Dickensian, she observes and records London life, with a gently satirical take on her subjects. She loves the glitter and the gold of grand hotels, especially the Ritz London, where the waiters, the porters and the barmen quietly attend to the orders of lipsticked ladies in body con frocks, blow dries and high heels. Palace hotels and fancy restaurants are ‘wonderful stages’ she says, ‘full of pomp and circumstance, costumes, uniforms and old traditions enacted daily as the guests come and go.’ 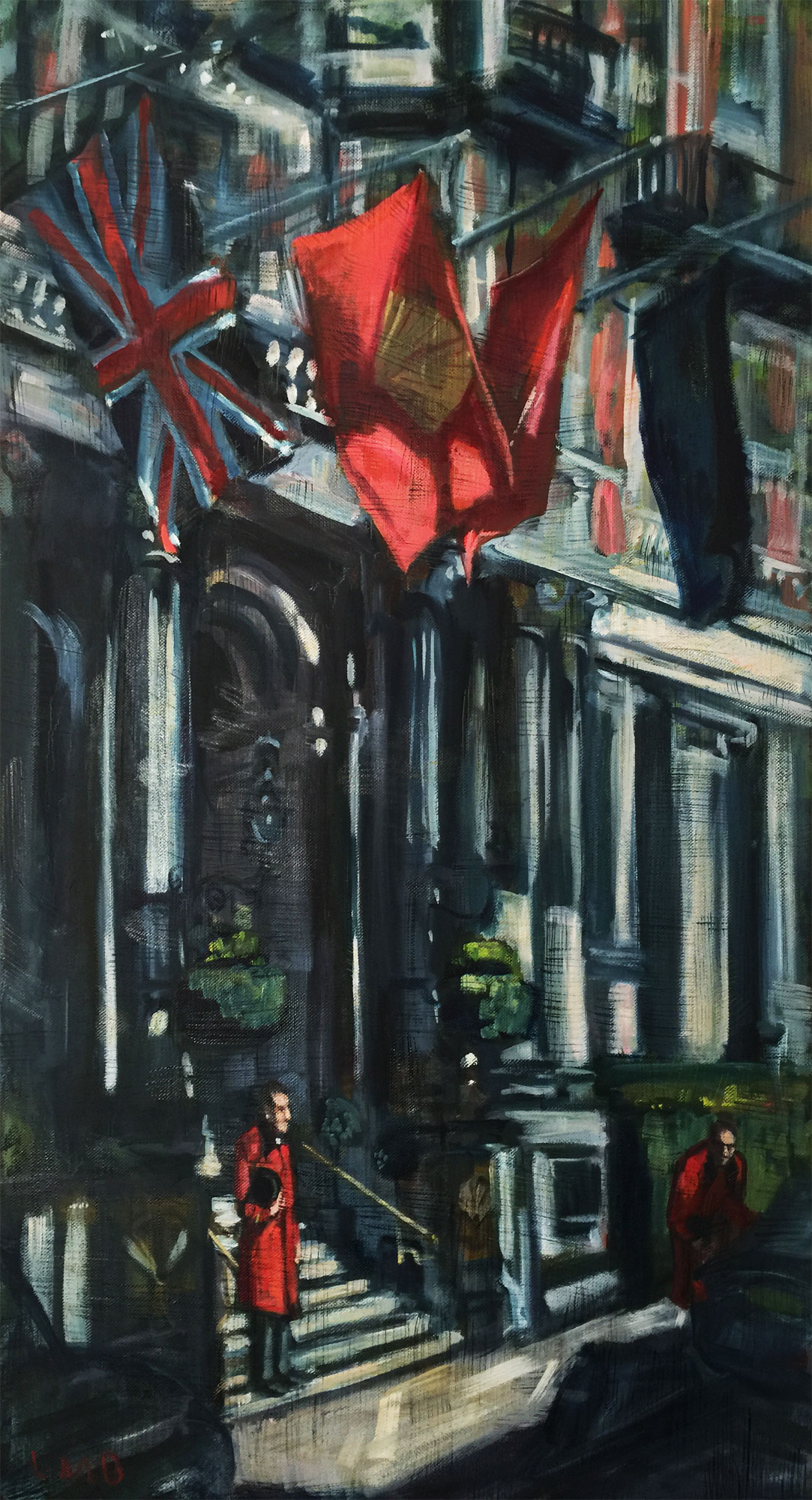 Her critique, layered with wit, is not savage, though it has unconscious echoes of the more ferocious art of English painter Edward Burra (1905-1976) who captured the dapper dudes of 1920s Harlem, New York, Paris and Marseilles, as well as the genteel tea shops of East Sussex.

She recognises the influences of Walter Sickert (1860-1942), a painter of London’s seedier side, and the German artist Otto Dix who depicted the Berlin decadence we know from Cabaret and Christopher Isherwood in ‘I am a Camera.’ in between the World Wars.

Lucy also thinks of herself as another ‘camera’, a painter-reporter sitting quietly in the Ritz lounge with her coffee and biscuits, making little sketches of people chatting, or simply promenading, her eyes darting about to capture scenes from any angle. She compares the hotel to a theatrical setting, a piece of choreography where upstairs (the guests) meet downstairs (the well-trained staff).

In her own words: ‘My characters are based on real people, but they become larger than life as the painting progresses. What’s the story with that group of men in the hotel bar? Are they planning a heist? Or just discussing a board meeting? What about that woman the red dress? Is she a hooker? A trophy wife? Look at the doorman – what dramas has he witnessed over the years?’

Lucy Dickens began her career as a full-time artist in 1990. After a spell as fashion stylist for Conde Nast, she became a freelance illustrator, working for the Financial Times, The Daily Telegraph, The Daily Mail, Vogue, Brides, Harpers Bazaar and Tatler.

She began to paint while writing and illustrating a series of children’s books, which were successfully published in London and New York. Her particular gift is to convey the spontaneity of the scene before her. The Ritz has a special meaning for her, unmatched by modern business hotels.

Lucy Dickens writes: ‘I am told that my father, as a young and penniless journalist for The Daily Telegraph, took my mother to the Champagne Bar at the Ritz before they were married. Many years later I still find the Ritz has a magical quality.’

Lucy Dickens – How and where

Lucy Dickens will be holding a show of new work at the Osborne Studio Gallery (www.osg.uk.com) taking place from 27th April until 13th May.

Self-taught, she became a full-time artist in 1990, after working as a stylist for Conde Nast, and later an illustrator of children’s books, published in London and New York. 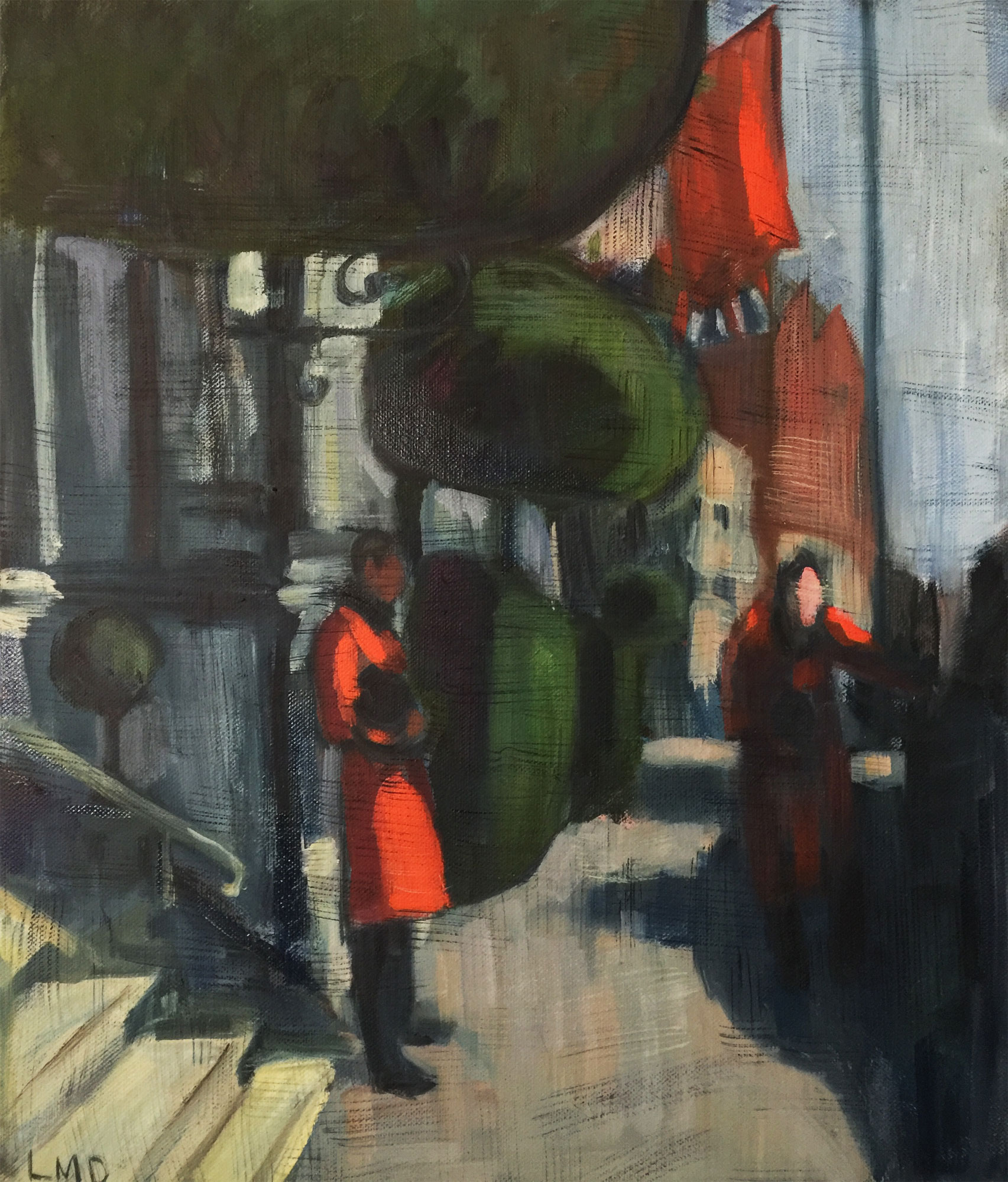