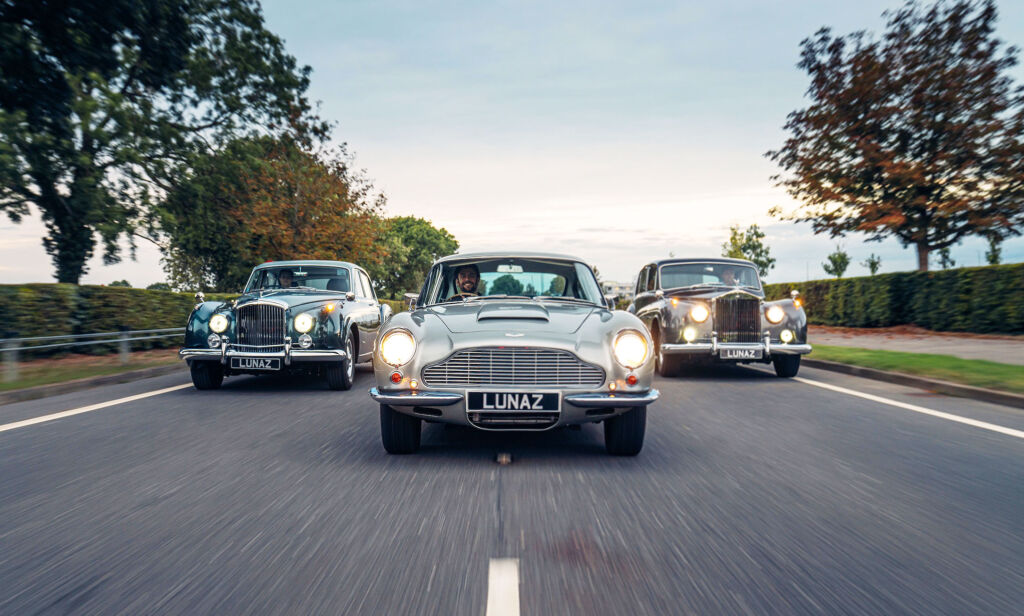 Lunaz, the electric classic car company based at Silverstone, is revelling in the demand for fully upcycled, clean-air vehicles. The increased interest is being driven by a new generation of buyers, with many coming from younger age groups outside of the typical luxury car-buyer profile.

Lunaz, specialist makers of restored, re-mastered and electrified classic cars, will release more build allocation to meet soaring demand for its stable of pinnacle British marques. Clients can now secure the first tranche of production for 2024 delivery. The company, which builds its vehicles in a state-of-the-art facility in Silverstone, England, will also increase production capacity to 110 restored, re-engineered and electrified cars every year, representing 50% of the total build-slots versus 2020.

Lunaz announced in December last year the establishment of Britain’s largest remanufacturing and electrification facility adjacent to its current home opposite the Silverstone Grand Prix circuit. The new facility takes its total production space to 130,000 sq/ft over two sites, making it the largest employer and manufacturer in Silverstone’s world-renowned Technology Cluster.

This expansion in total manufacturing footprint means Lunaz can meet ever-increasing global demand for its electric classic cars, meeting the surging global demand from a new generation of pinnacle car buyers. These women and men had previously dismissed the idea of owning a blue-chip classic because of issues around reliability, usability, and sustainability. As an entirely up-cycled, clean-air expression of a classic car, Lunaz is addressing this by making classic car ownership a relevant proposition for future generations. 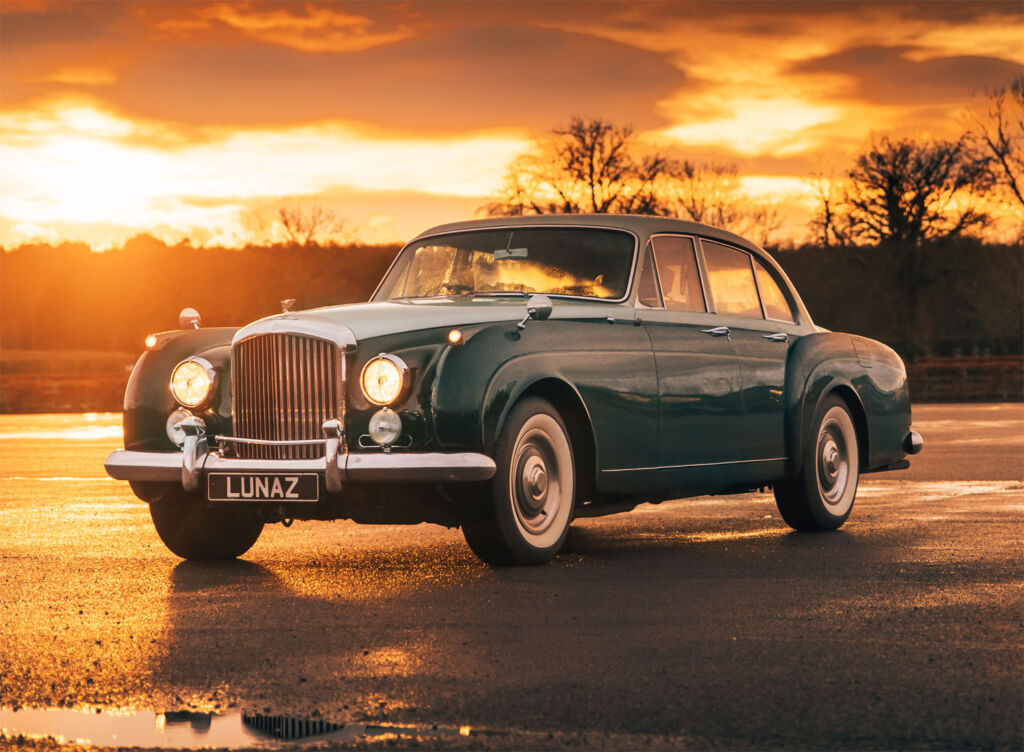 The company now boasts a lineup that includes the most celebrated and revered cars in British automotive history. Their lineup includes Range Rovers from the Classic Era (1969 to 1994), Bentley Continental S1, S2 and S3s, Jaguar XK120, 140 and 150s in coupé, drophead coupé and OTS body-styles, Rolls-Royce Silver Clouds, Rolls-Royce Phantoms and most recently Aston Martin DB6s.

Lunaz opened order books in early 2020. Since then, it has grown its workforce 500% to meet demand and now employs more than 120 highly skilled engineers, designers, craftspeople, restoration specialists and technicians. They have been drawn from some of the leading names in luxury automotive and engineering, including Aston Martin, Arrival, Bentley, Ferrari, McLaren, Rolls-Royce, Jaguar Land Rover, Williams F1 and Renault F1.

Since then, its cars have garnered global acclaim, with the Bentley S2 Continental Flying Spur awarded by the UK’s Top Gear Magazine in its EVs of the year issue.

Anticipated demand for pinnacle classics married to the upcoming market introduction of the company’s first industrial vehicle electrification projects will see the number of employees grow to more than 350 within the following year.

This rapid expansion has been underpinned by significant investment from some of the leading names in British industry. This includes growth funding from the Reuben, Barclay and Dallal families who joined David Beckham in backing one of Britain’s fastest-growing clean-tech companies.

David Lorenz, Founder and CEO, Lunaz Group, said, “Surging global demand for an electrified and remastered classic car by Lunaz is an affirmation that clients are responding to a proposition that preserves the most celebrated cars in British automotive history while answering the pressing global requirement to transition to more sustainable practises.

We are proud to introduce an entirely new and conscious audience to the pleasures of classic car ownership by answering the key questions of reliability, usability and sustainability. We are delighted to further the legacies of these beautiful vehicles in greater numbers in doing so creating highly skilled jobs and economic impact.”

Sustained Global Demand
Lunaz sells cars in every major global territory and is becoming a major UK export success with significant growth across the US, Europe and the Asia Pacific. This includes the resurgent hospitality sector following the re-opening of leading hotels, restaurants and casinos. The company will shortly be making its first deliveries of Rolls-Royce Phantoms and Clouds to some of the most celebrated names in global hospitality.

Like its private customers, they are drawn to a pinnacle electric classic due to continued legislative hostility towards Internal Combustion Engine (ICE) equivalents, in particular in the city centres where many of them are situated. Individuals worldwide are keen to embrace the idea of a fully upcycled, clean-air vehicle as an alternative to buying new.

Indeed, a study from Nielsen showed that 73% of Millennial respondents were willing to spend more on a product if it comes from a sustainable or socially conscious brand. This is reflected in Lunaz’s success in attracting an entirely new audience to classic car ownership, many of which are from younger age groups outside of the typical luxury car-buyer profile.

This has led to the creation of an entirely new designation of vehicle by Lunaz, a uEV™ (upcycled electric vehicle). The company operates within the circular economy principles, with passenger vehicles representing a total embedded carbon saving of more than 80% versus buying new ones.