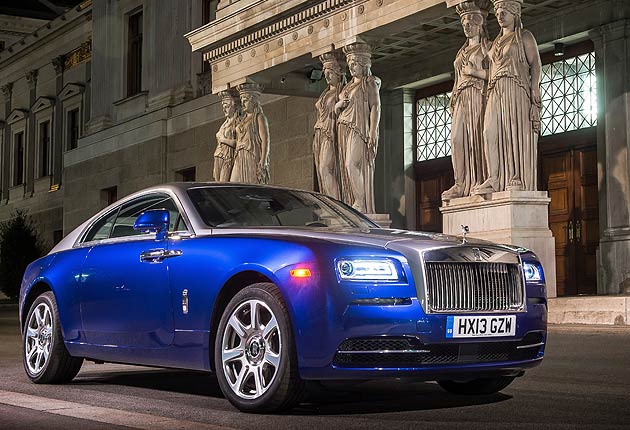 Over any twelve month period, Luxurious Magazine probably puts together a couple of thousand motoring articles, videos and posts for the magazine, web site and our social media pages. The majority of our readers around the world love cars, and if any proof of this was needed, on multiple occasions over the past year we’ve placed car related articles on one particular social media platform that generated over half a million views in only twenty-four hours!

The Luxurious Magazine Car of the Year featured fifteen of the greatest cars from around the world. An extraordinary amount of horse power coupled with amazing design elements and luxury. Finalists included cars from brands such as Porsche, Bentley, Ferrari, Aston Martin, Lamborghini and Jaguar, all of which regularly win awards from the general motoring press, but this is different, this is the Luxurious Magazine Car of the Year and the winner needed to be absolutely perfect.

In our opinion, the Rolls-Royce Wraith is just that, a car that can justify our accolade as the best car in the world.

Paul Godbold, Founder of Luxurious Magazine commented: “With so many great finalists in this years Car of the Year, choosing a winner should have been difficult, but it wasn’t. The Wraith is absolutely beautiful. If you see it while walking outside, it will make you stop and stare. If your driving and see it in your mirrors, you’ll let is pass and bow your head in reverence. If you’re lucky enough to be driving it you’ll cock an eyebrow and smirk as you watch the world through the windows of this motoring masterpiece. You only need four words to describe the Rolls-Royce Wraith – Style, Class, Heritage and Luxury”

About the Rolls-Royce Wraith

Whenever the Goodwood-based manufacturer makes an announcement, the luxury industry takes note. We knew that something special was coming as earlier in 2013, tempting silhouettes started to appear, showing a new vehicle that would suggest a combination of legendary luxury, sleek lines and what we presumed would be dynamic ability. The result was the Wraith, and yes, it did provide all that we had hoped for.

An astonishing vehicle that refreshes the brand once again and will cause young boys around the world to take down their Kim Kardashian posters, replacing them with our Car of the Year, the Rolls-Royce Wraith.

It was back in March 2013 that Rolls-Royce launched one of the most important cars in their long history, the Wraith. It is the most powerful Rolls-Royce ever built and offers 624 bhp/465 kW, 800 Nm of torque at 1,500 rpm and a sprint from 0 to 60 mph in just 4.4 seconds. At its heart is the hallmark Rolls-Royce attributes of luxury, refinement and hand-craftsmanship, but the new model from the world’s pinnacle super-luxury marque also presents a unique character defined by power, style and drama. With just a hint of the noir.

See the Rolls-Royce Wraith in more detail by clicking on an image below: