Luxurious Magazine Editor, Simon Wittenberg, travels to the home of the Swiss watchmaker in Lucerne to discover the fascinating story behind the renowned Chronoswiss brand. 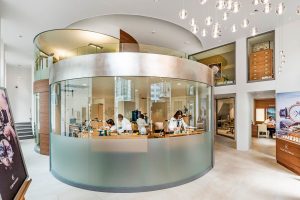 Gerd-Rüdiger Lang learned the watchmaking trade at the Jauns watch shop in his hometown of Braunschweig located in Lower Saxony, Germany, before working at Heuer (now known as Tag Heuer) for 15 years up until 1979. His last salary when he was made redundant at the stopwatch and chronograph factory was paid in movements rather than in monetary form, spurring him on to do something with them.

After living in Switzerland for 20 years, he moved to Munich, and in 1981, he founded a special workshop for chronographs, and a year later, he introduced the world’s first mechanical chronograph with a moon phase display and mineral crystal back under the “Chronoswiss” name. Chronoswiss was however formally founded in a garage by Mr. Lang in 1983 during the quartz crisis when cheap movements from Japan were flooding the market, and when many people were losing their jobs within the horological sector. 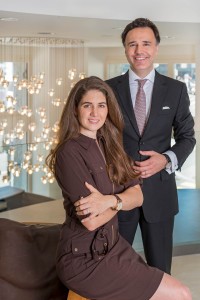 Munich remained the home of Chronoswiss for three decades before the master watchmaker retired in 2012. It was subsequently bought by the entrepreneurial Ebstein family (Oliver and Eva) who moved the brand back to Switzerland. They opened new headquarters in June 2014 following an extensive refurbishment of the former Hotel Union in the heart of Lucerne which sits right opposite the city’s famous lion monument. The new 839 square-metre ‘House of Chronoswiss’ is unique in the fact that, as well as being a boutique, production of all the timepieces is completed at this location, and any member of the public is able to visit the facilities free of charge. To commemorate the opening of the new site, Chronoswiss launched the Sirius Lion Edition timepiece which aptly pays homage to the city of Lucerne, and became available in a strictly limited quantity of only 30 units.

Today, the company designs its own pieces (including sports and classical) and employs 30 people including six watchmakers who make every model by hand. Movements are made in-house or come from other organisations such as ETA, but Chronoswiss also sources limited historical examples such as those from Unitas which are carefully restored, skeletonised and decorated. 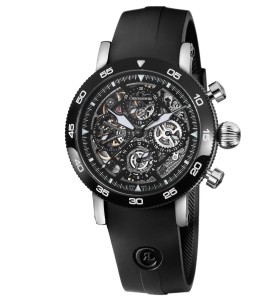 The Ebsteins are very keen to stay true to the roots of the company and to keep the same DNA and design language. Chronoswiss is amongst the few watchmakers to be able to produce a guilloché enamel and skeletonised dial (seen on the Artists series) in-house, a skill normally outsourced. The guilloché “engine turning” process works by engraving wavy patterns into the dial using machines up to 200 years in age (it takes around five to six hours per dial), and colouring it with glass powder. It is then melted six to seven times at around 600 to 700 degrees Celsius in temperature on to the selected sterling silver or white gold dial. It is a very delicate 52-step process, and around 30% of all dials are lost as it is very difficult to get the right surface tension. The higher the temperature, the more different the colour. Also the less enamel that is used, the lighter the colour, and no two watches will ever be the same. Chronoswiss is equally one of the few manufacturers to be able to introduce two colours on to a single face, and the Guillocheurs, ‘the artists’, are usually self-taught as it is a skill which is no longer imparted by others. In fact, the company has always taken on apprentices to ensure that there is continued young talent in the team and that these intricate skills are never lost. 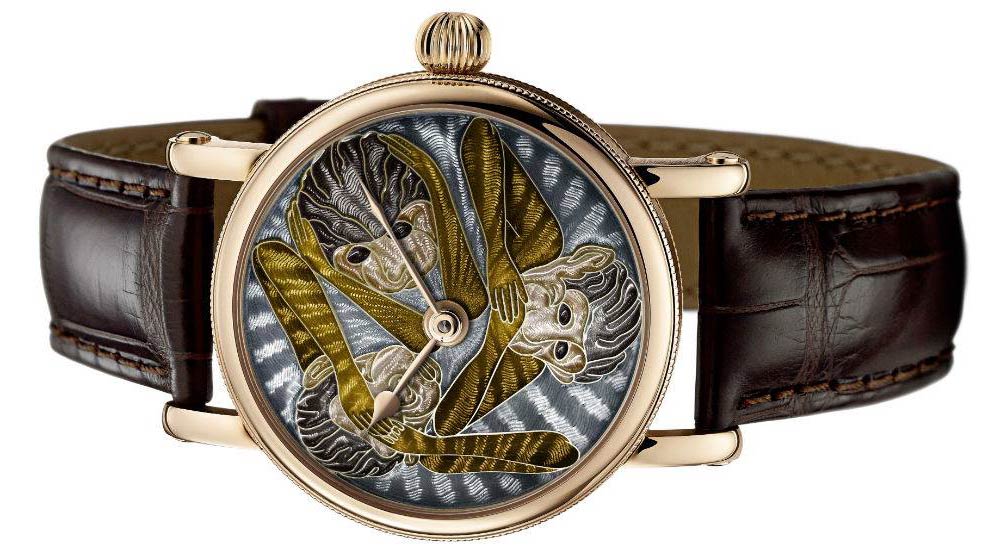 Chronoswiss currently produces around 5,000 units per year (5% feature guilloché dials), which are priced between 3,800 and 30,000 CHF. The company distributes in over 30 countries with in excess of 300 points of sale. The strongest territories are the German speaking areas such as Austria, as well as Asian markets such as Singapore, Korea, Japan and China.

Over the years, the brand has been recognised with numerous accolades including first place at the Uhrenmagazin “Golden Balance/International Watch Awards“, and also received the Diners Club Magazine “Visionary of the Year” prize for Chronoswiss founder, Gerd-R. Lang.

The House of Chronoswiss can be found at Löwenstrasse 16 b, CH 6004 Lucerne, Switzerland.
www.chronoswiss.com

See more of the stunning timepieces from Chronoswiss below

Step Inside the RichandRare Jewellery Wonderland this Summer