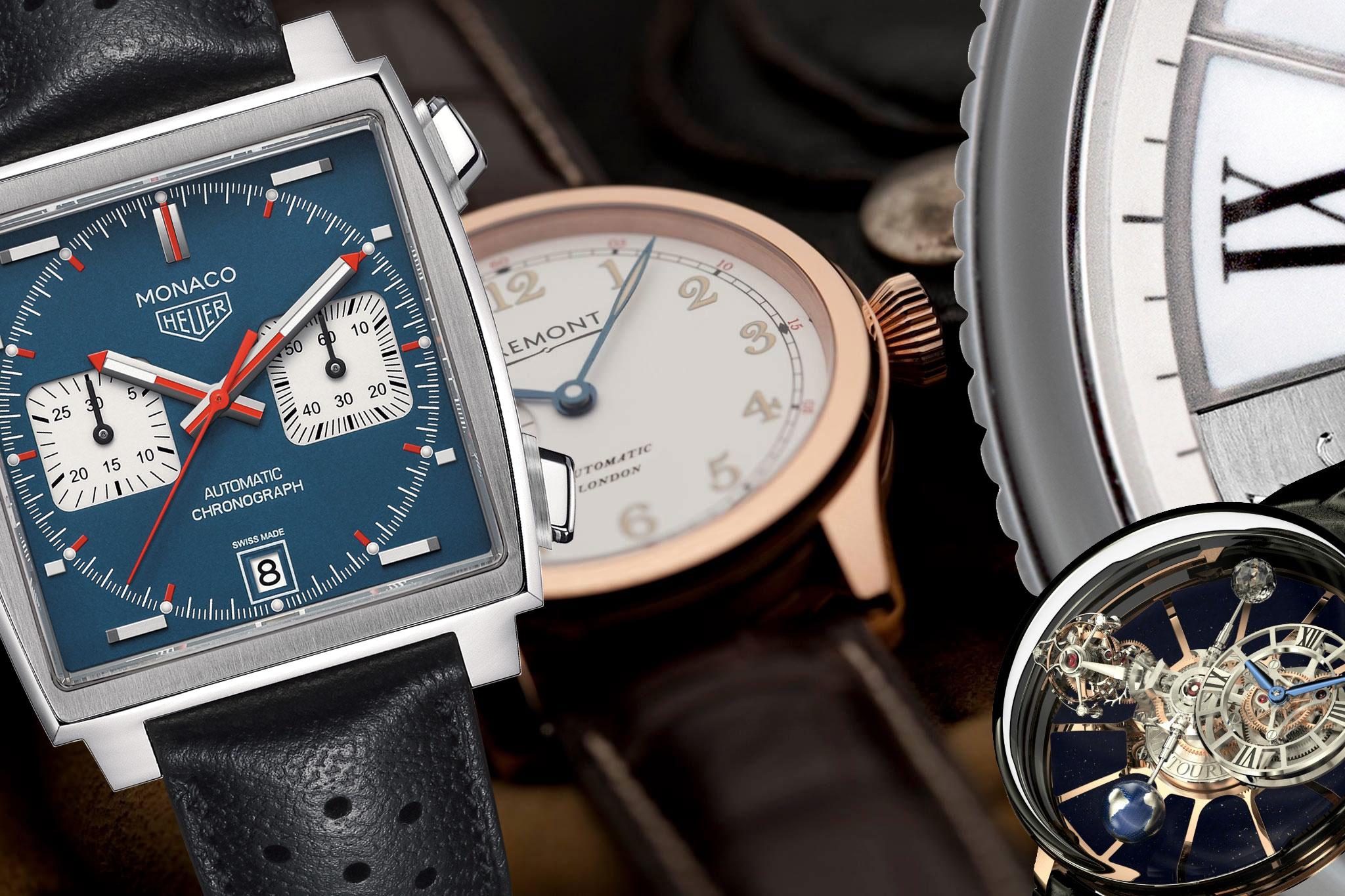 A luxury watch isn’t just for Christmas. It’s a gift that will last a lifetime and one that you can always cherish too. Watches of this ilk can also turn into good investments; just look at the perceived appreciation of the Rolex Submariner since 1975.

Of course we can’t guarantee such returns, what we can promise is that by gifting him any one of these timepieces you will make it a truly merry Christmas.

A list that will impress even those that have it all, here’s Luxurious’ Luxury Watch Christmas Buying Guide 2015: 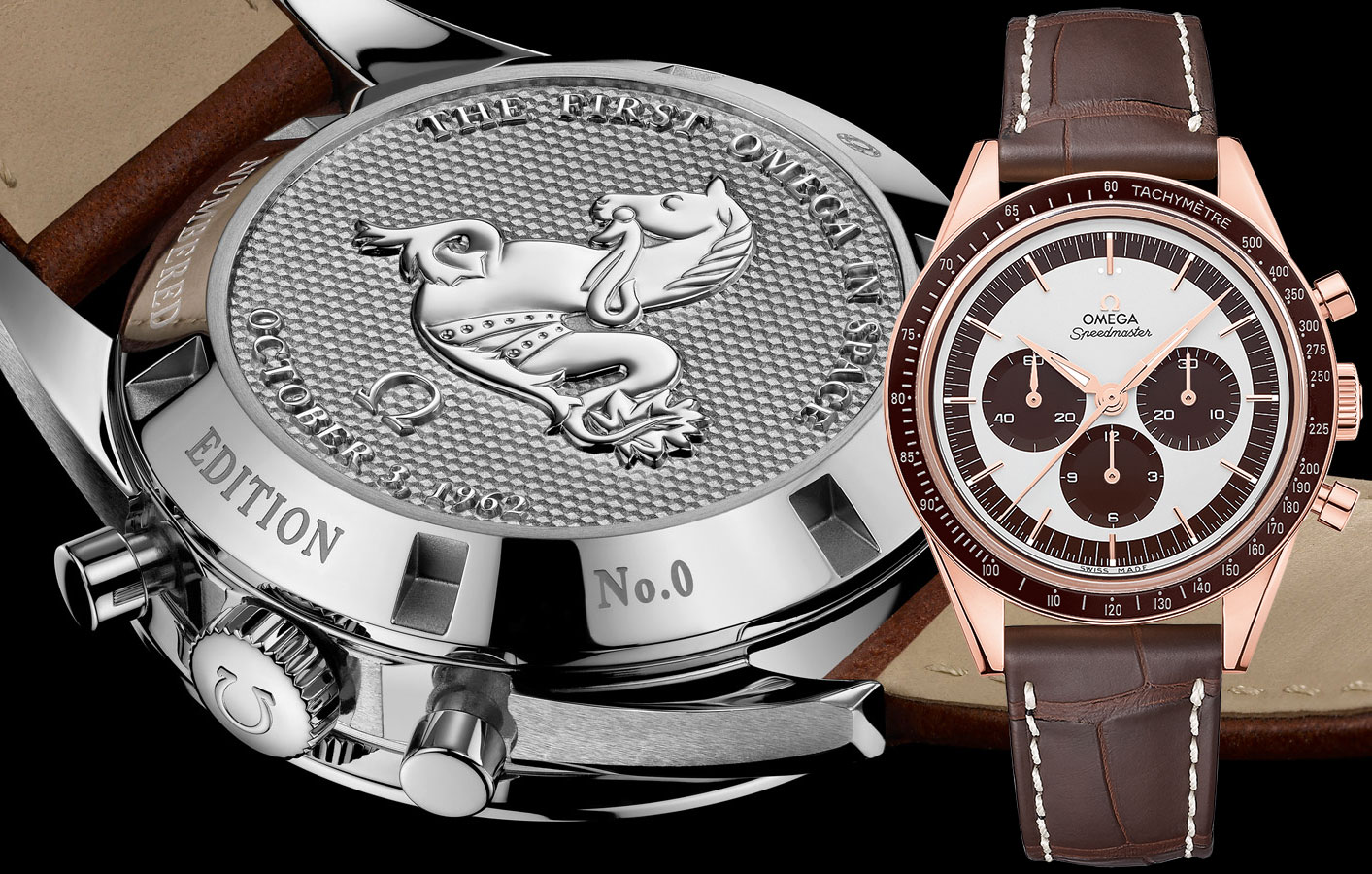 Staying true to its origins, the latest incarnation of the First Omega in Space affords an ethereal and elegant design. Such quality is to be expected from James Bond’s watchmaker, but with this version Omega has actually improved on their own design.

First launched in 2012, the First Omega in Space collection has been ‘upgraded’ to afford a model crafted from Omega’s signature rose gold alloy. The alloy consists of gold, palladium and cooper, and whilst this stunning piece shares many of the features of the 2012 version, the use of rose gold makes a highly collectable watch, even more enticing. 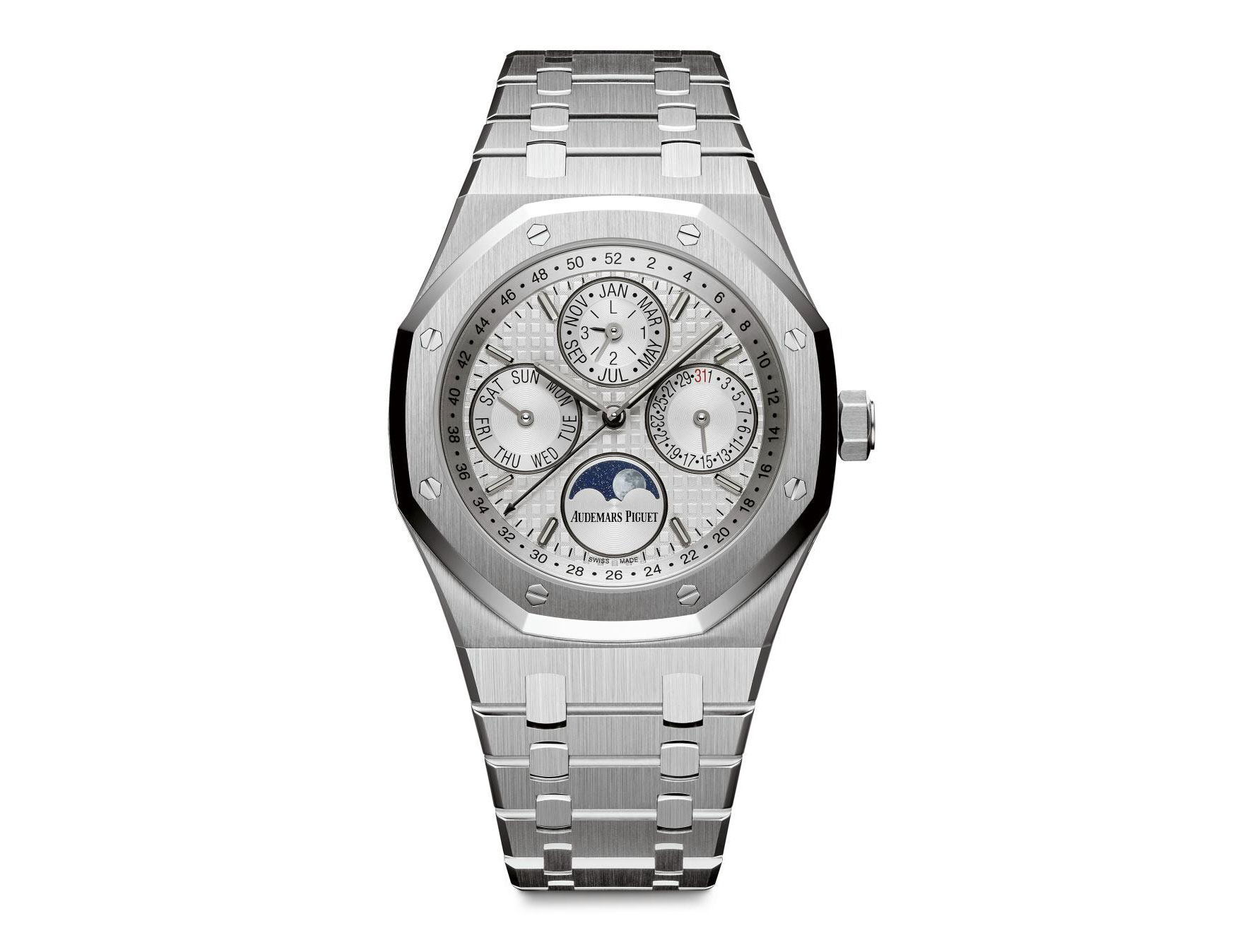 2) Audemars Piguet- Royal Oak Perpetual Calendar- Steel Edition- £44,500
There’s a lot to love about the Royal Oak collection in general, but one thing that always stands out is the fact that these timepieces will look as good with casual attire as they will with your best suit. It’s contemporary cool meeting tradition.

This particular model is also an incredibly precise watch. So precise, that its perpetual calendar will need changing just once every 126 years. This impeccable accuracy is powered by an exquisite ultra-thin movement, whose beauty can be viewed through the transparent case-back. It’s one for both watch enthusiasts and those looking to impress. 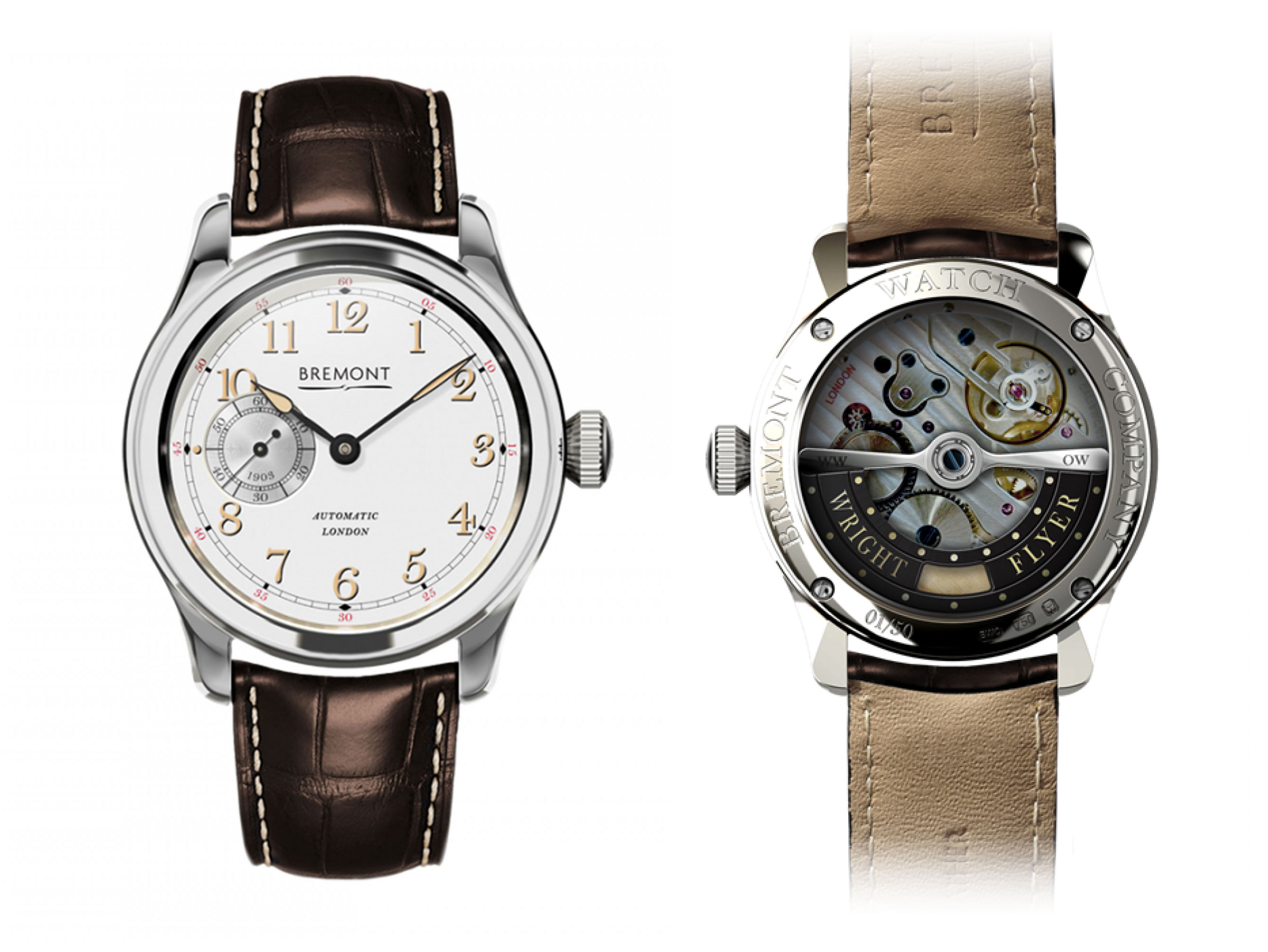 3) Bremont – White Gold Wright Flyer- £30,950
Bremont is one of my favourite brands. It’s mainly due to their deep appreciation of history and ability to infuse this within their timepieces.

From a browse of their limited edition collections, you will find the Codebreaker and Victory timepieces. Each Codebreaker watch displays a piece of the Bletchley Park Enigma machine used by Turing to decipher the unbreakable code, whilst the timepieces in the Victory collection boast a piece of Admiral Nelson’s flagship vessel from Trafalgar, HMS Victory.

The Wright Flyer, as you have probably guessed, features a snippet of the material used for the first ever powered aircraft of 1903. The timepiece itself is classic and refined in aesthetic; it doesn’t need to embellish itself further.

An exceptional gift for someone with an intense appreciation of one of the 20th century’s greatest innovations.

4) TAG Heuer Monaco – Calibre 11 Automatic Chronograph – £4,450
Monaco is an epicentre of luxury. Supercars and superyachts are the norm within the small principality and TAG Heuer’s Monaco focuses on the former.

The Monaco collection was a revelation when it first appeared in 1968 as it featured the first water resistant square case and was also the first chronograph to feature four sides.

Popularised in ’69 when Steve McQueen chose to wear it in the cult racing film Le Mans, the modern version affords a similarly stylish design which remains true to the original. 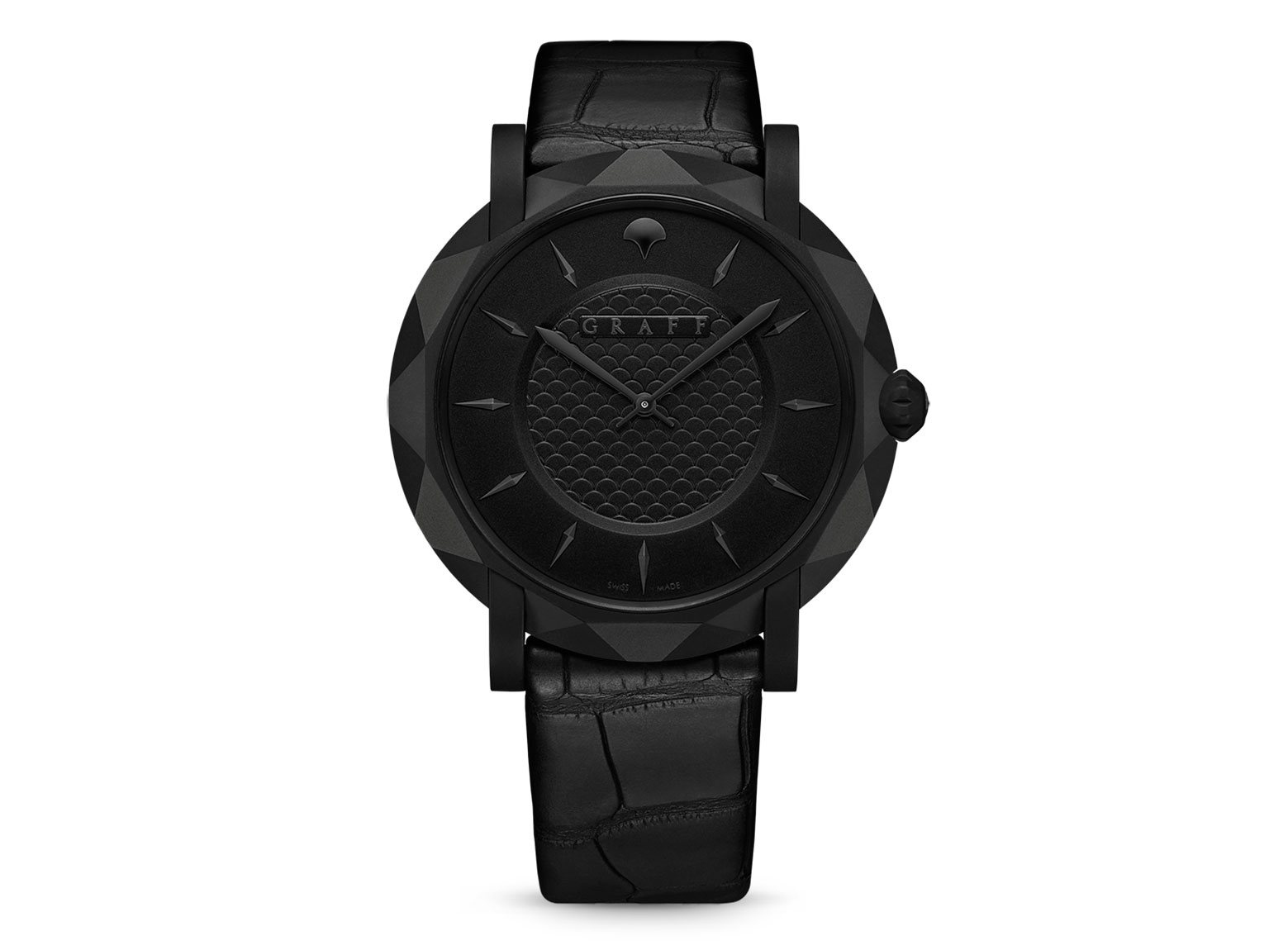 5) Graff – Graffstar – Slim Eclipse – £12,500
With an ultra-modern and sleek look, the Graffstar couldn’t be ignored. It might be a brand not many will be familiar with- they only launched in 2008- but I imagine that won’t be true for long if Graff continues in this vein.

In regard to this particular timepiece, it’s compelling modernity is complemented by the sleek build which allows a large 43mm diameter watch to weigh just 39g.

Every part of the watch is black. The bezel, the crown, the hands, even the diamond perched at twelve o’clock, giving this timepiece a seriously contemporary and cool visage.

A timepiece for the modern, active man. 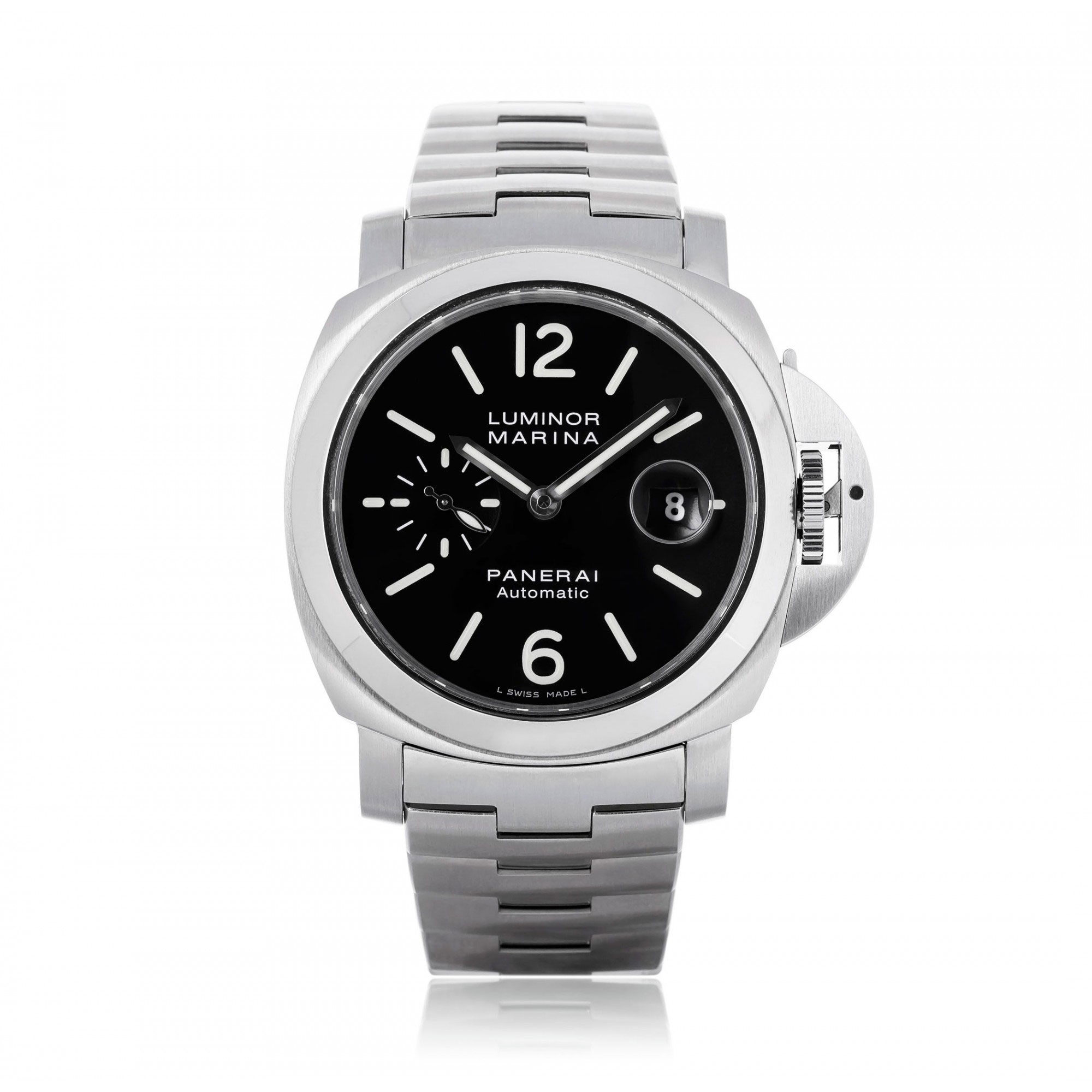 Couple the naval heritage and the brand’s design sensibilities with the fact Sylvester Stallone catapulted Panerai into the public eye and you begin to understand that there are few brands that can stand toe to toe with the Panerai in regard to pure ruggedness.
The pictured Acciaio PAM0299 lives up to this reputation thanks to a large 44mm diameter case and bold features; including a large aperture for the date and a 300-metre water resistance.

Stylish, high performance and masculine, the PAM0299 will be on any discerning gentleman’s wish list.