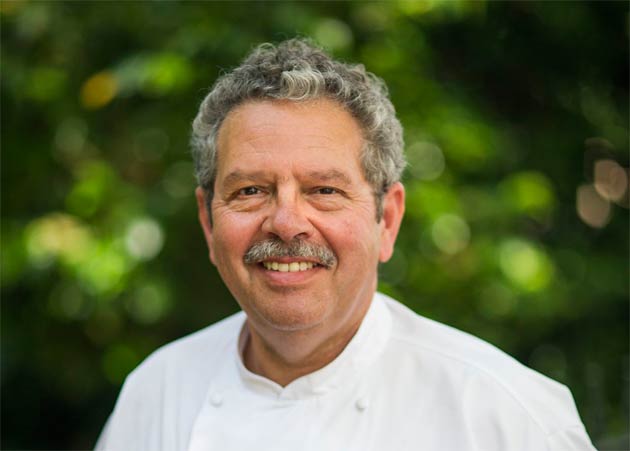 The British summer season, along with temperamental weather, brings with it an array of prestigious sporting events including Royal Ascot, Wimbledon tennis and Henley Royal Regatta. As with any high profile event, getting the hospitality just right with exceptional food and drink, is key to making it memorable. Luxurious Magazine caught up with Malcolm Emery, Sodexo Prestige’s Executive Chef, charged with creating mouth-watering menus at such events, including this year’s Henley Royal Regatta, to find out what it takes to deliver indulgent dishes on such a large scale. 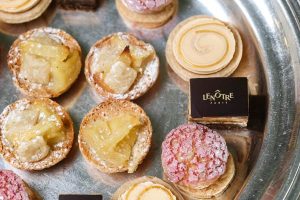 LM: Malcolm, you have over 20 years’ experience as a chef. What does it take to organise food for an event of this scale?
ME: It’s all in the planning. Planning begins months in advance when we have taster days and strive to impress the client. On average, there would be 10 different starters, 10 different mains and 10 different desserts. Everything we cook has to be perfect so that the client knows we mean business and we are professional. Every minute detail has to be attended to. Then once we have decided on the dishes, we start to prepare orders and supply three months before the event. Not only the food needs to be considered, we also need to design the kitchens, ensure we have the staff and that we can deliver on the day. While we know roughly how many customers to expect, you never know if more will turn up so you have to be prepared!

LM: Where do you source the food from and what has inspired this year’s menu?
ME: Our menus include lots and lots of fresh produce and this year being the 175th anniversary, all our food was inspired by a quintessentially British theme – the sort of fare which would have been enjoyed when the event began in Victorian times. So this year there were lots of carrots, turnips and plenty of early summer asparagus all of which we source from Oxfordshire. 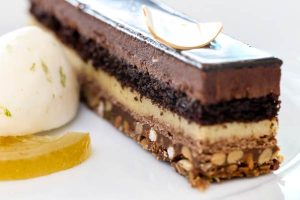 LM: What’s the most challenging part of the job?
ME: Trying to get all the food in so it’s there on the day it is supposed to be! There’s lots of really early starts, as early as 3-4am, and our staff have to be on time to pick up deliveries and start preparing food. Everything has to run on time. If one thing is delayed, then we need to adjust our planned schedule to achieve our target service times. One of the main challenges at Henley is getting food and equipment across the river to Temple Island, over a mile downstream from Fawley Meadows, in a rickety old rowing boat. 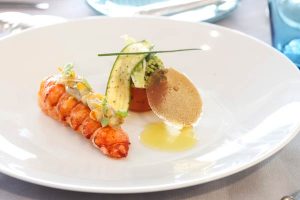 ME: I always want to push boundaries and try something new and I like to encourage younger chefs to do the same. I can never get bored of this job – there are always new challenges, new foods to try, and events to go to and be inspired by. I guess you could say I’m just a really passionate person and it is that passion that drives me to be creative everyday.

LM: How do events like Henley compare with your day job?
ME: It’s the icing on the cake. I love my day job, but organising events like this just gives me a huge buzz. Adrenalin drives me to pull out all the stops to get the logistics right, get the timings right in the kitchen and consistently keep learning. It’s the ultimate pleasure to work at such world class events, knowing that you have helped look after so many people.

To sample the award winning food created by Sodexo Prestige chefs such as Malcolm at quintessentially British events in summer 2015, call the Sodexo Prestige enquiry hub on +44 (0)845 6055 699 or email [email protected]