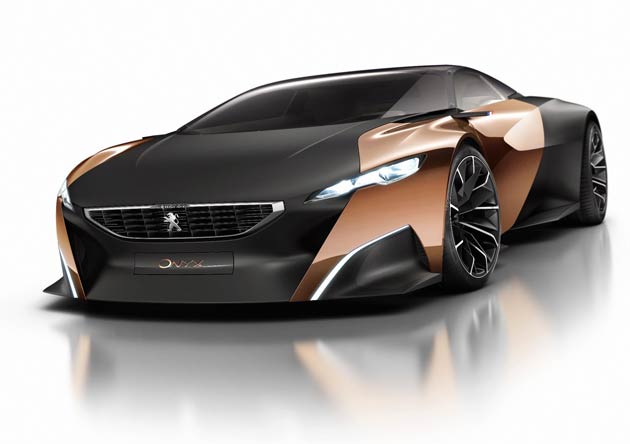 Luxurious Magazine rounds up the latest news from the world’s luxury car manufacturers at this year’s Paris Motor Show in France.

Crewe-based, Bentley, announced their intention to return to motorsport towards the end of 2013 through their Continental GT3 race car concept. Bentley equally showcased their full product range at this year’s show, namely the hand-crafted, high-luxury Mulsanne saloon, as well as the 205 mph (330 km/h) W-12 engined Continental GT Speed performance flagship, the fastest road car Bentley has ever produced.
Ferrari gathered the world’s media together to make a statement on their current line-up of five cars, spanning from the FF, their revolutionary four-seater four-wheel drive car which now sports a new full-length panoramic roof, through to the 740 hp F12 Berlinetta. Luca di Montezemelo, Chairman of Ferrari, announced that the next limited edition special series car, the Enzo successor, will be a hybrid, which is to be presented at the beginning of 2013. Paris also saw the world premiere of their Formula 1 composite lightweight chassis which will be made entirely in-house at their Maranello HQ in Italy. 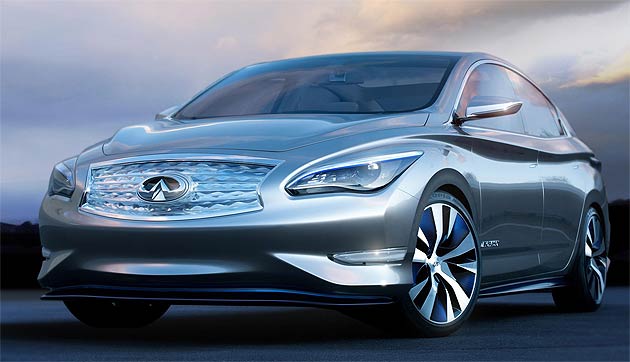 Infiniti, the luxury arm of Nissan, showed off their LE ‘production intent’ zero-emission concept, a car similar in size to that of the G Saloon, which is scheduled to be manufactured in 2014. However, the new President of Infiniti, Johan de Nysschen, stated that the Emerg-E, also on display at this year’s show and a car which has been so far well-received, will unfortunately not make into commercial production, but remain a concept to provide an insight into powertrain strategies and the future design language of the brand which will be adopted in the successor to the G.
Although a US-centric brand, Europe remains a very important territory for Infiniti (they sold 12,000 cars in 2011), but at the moment their product range only covers around 30% of the available premium market due to the narrow range of vehicles and the restriction in powertrains available. They will therefore use their corporate venture with Daimler to develop a 4-cylinder petrol engine as well as a compact premium entry model for Europe using the Mercedes A-Class platform. Infiniti has equally committed to the localisation of two models in China, and increasing much-needed brand awareness, especially in Europe, through means such as their Formula 1 sponsorship of the Red Bull Racing team.
Jaguar revealed their eagerly awaited all-new F-TYPE two-seater convertible sportscar. Three variants will be available at launch – the F-TYPE, F-TYPE S and F-TYPE V8 S, distinguished by the power output of its supercharged petrol engine which will feature stop/start technology to maximise efficiency. The 5.0-litre 490 PS F-TYPE V8 S will reach 60 mph in 4.2 seconds and hit a top speed of 186 mph. First customer deliveries in the UK are scheduled from mid-2013.
Lamborghini used Paris to launch their new Gallardo LP560-4 and LP570-4 Edizione Tecnica models which will be on sale from November 2012. Features of the Edizione Tecnica include a fixed high rear wing and carbon ceramic brakes, whilst the LP560-4 receives a new front end characterised by triangular and trapezoidal forms, two shapes that are typical of the Lamborghini design language.
McLaren revealed their stunning P1 supercar with the help of McLaren Automotive Executive Chairman, Ron Dennis. Previewed as a design study, the production version, which the company aims to put on sale within 12 months, will be revealed next year. Features of the new model include much higher levels of
down force than any current road car, a DRS (drag reduction system) function, as well as a glasshouse inspired by the canopies of fighter jets. The name “P1” ties in with Grand Prix racing – McLaren has 180 GP victories in its 46 year Formula One history – or position one on the grid (McLaren has scored 153 pole positions). The legendary McLaren F1 was also initially known as Project 1, or P1.
The marque now has 38 dealers in 22 different countries, and will have delivered 1,500 cars by the end of this year.
Mercedes-Benz debuted their SLS AMG Coupé Electric Drive emission-free super sport scar. The most powerful AMG high-performance vehicle of all time has four electric motors producing a total output of 740 hp (552 kW) and a maximum torque of 1000 Nm. As a result, the gullwing model has become the world’s fastest electrically-powered series production vehicle which can accelerate from 0 to 62 mph in just 3.9 seconds.
Peugeot is not normally associated with luxury or high performance cars, but they certainly wowed the crowds this year with the copper and carbon fibre Onyx Concept Supercar and Concept Scooter, a three-wheeled 400cm3 hybrid supertrike, to showcase the firm’s latest design language. However, a highlight of Peugeot’s line-up was the €165,000 carbon-fibre futuristic piano designed by the French piano manufacturer, Pleyel, and the Peugeot Design Lab. The groundbreaking lid, operated with a system of levers, no longer requires a stick to prop it up and was created to be opened with just one hand.
Porsche showed off their Panamera Sport Turismo plug-in hybrid, a conceptual study delivering CO2 emissions of under 82 g/km. This model was joined by the world premieres of the new generation 911 Carrera 4 with active all-wheel drive, and the Cayenne S Diesel housing a V8 biturbo engine.
Taking inspiration from one of the defining movements of the 20th century, Rolls-Royce presented a selection of Ghost and Phantom family cars that celebrate the Art Deco era. The highly bespoke Phantom Series II Saloon, Phantom Series II Drophead Coupé and Ghost models were unveiled in homage to the 1925 Paris Exhibition or Exposition Internationale des Arts Décoratifs et Industriels Modernes that gave the movement its name. An exclusive collection of Bespoke Phantom Series II Saloon and Ghost family cars, inspired by the Art Deco cars at Paris, will be made available to Rolls-Royce clients.
The company also showed off their Phantom Coupé Aviator Collection, a limited run of 35 cars in tribute to one of their founders, Charles Royce, the first person to cross the English Channel twice by powered flight. 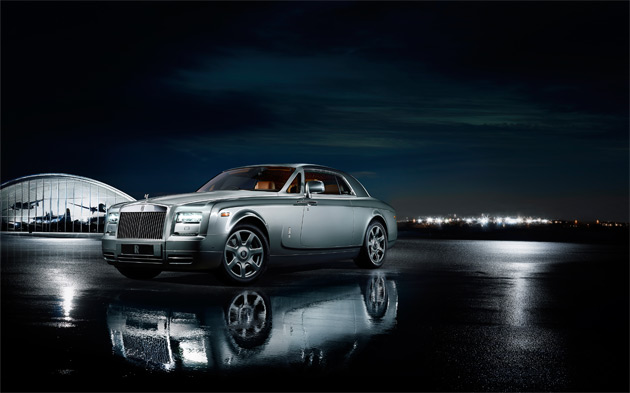 Rolls-Royce as a brand is in a fortunate position from the point of view that their sales are nicely spread across numerous continents, and they are not dependent on a specific territory. The UK is their best-selling market in Europe, followed by Russia and Germany, whilst the Ghost remains the company’s most popular model. In terms of global sales for the company in 2011, China was last year the strongest territory, followed by the USA, and the UK. 2012 has equally seen the introduction of the Phantom Series 2 boasting a series of upgrades including LED headlamps, an eight-speed gearbox, as well as a new satellite navigation system thanks to a revised electronic backbone. Today, 80% of Phantom customers are entrepreneurs or ‘hidden champions’.
www.mondial-automobile.com