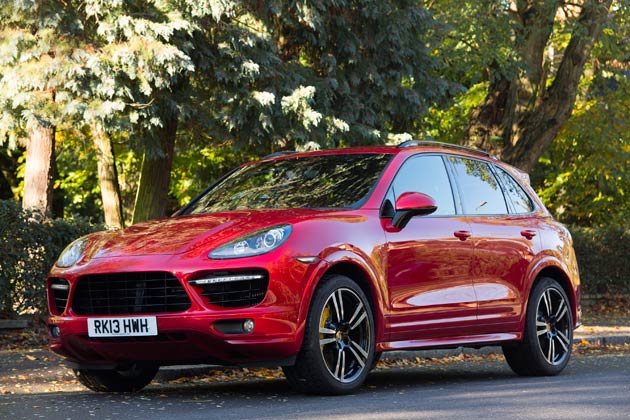 The Porsche Cayenne SUV was launched in 2002 and was the first V8-engined model from the German luxury automaker to go on sale for seven years after production of the 928 sportscar ended in 1995. 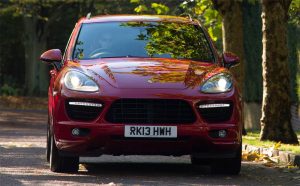 The second generation Cayenne (also known as the Type 958) was subsequently introduced in 2010 with a host of styling upgrades and has now become Porsche’s best-selling variant in the UK. Today’s seven-strong line-up spans from the base 300 hp Cayenne to the mighty top-of-the-range Turbo S which arrived in showrooms at the beginning of last year commanding a price of £107,460.

The five-seater four-wheel drive flagship Turbo S offers supercar performance coupled with the rare element of practicality, which is ideal for those who have family commitments or need space for some extra luggage. The model is available in a choice of 11 different metallic body colours and our test car featured a striking Special Carmine Red exterior which is simply beautiful to look at. The bulging contours of the Turbo S and trapezium-shaped front grill just give it that more dominant road presence over competitor models in its class. The rear is characterised by LED lights and four beautifully crafted dual-tube sports tailpipes, and the five-spoke 21-inch Cayenne SportEdition wheels are nicely accentuated by yellow brake calipers. Roof rails in high gloss black also come as an added option.

“The bulging contours of the Turbo S and trapezium-shaped front grill just give it that more dominant road presence over competitor models in its class.” 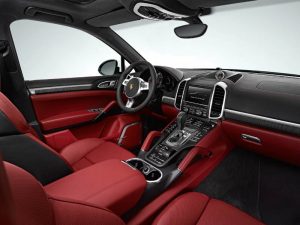 The sumptuous full leather interior, which is complemented by chrome and carbon trim, is beautifully laid out and you get the impression that you have arrived in an aircraft cockpit as the cabin is so button-heavy. Most of these switches, which span from the Active Suspension Management (the chassis setup) to those for off-roading and numerous other systems, border the Tiptronic S gear selector.

The extremely comfortable 18-way adaptive sports seats come with a memory package meaning that you can easily restore up to three favourite positions to ensure the optimum distance to the alcantara SportDesign steering and the pedal box. Above is a Hollywood-esque ‘u’ shaped interior light, and situated behind the rear view mirror is a universal remote control which can be programmed to operate up to three individual electronic gates and garage doors.

However, it is the Porsche Communication Management (PCM) system, which otherwise translates as a seven-inch high-resolution colour touchscreen display, that takes centre stage. Coming with its very own sizeable instruction manual, it is actually very intuitive to use and is where the satellite navigation, DVD player and radio can be found. 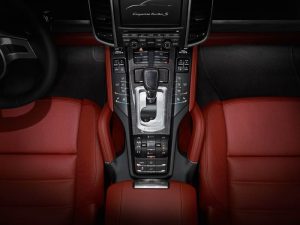 Our test car was also fitted with the TV antenna, so the PCM doubles up as a television (complete with Freeview channels for UK customers) when the vehicle is static. Whether you are watching the news or a football match, the picture relayed is crystal clear in areas of good reception. The acoustic experience comes courtesy of the 585-watt BOSE® Surround Sound System which is made up of 14 loudspeakers dotted around the car. This can be upgraded to a 16-speaker Burmester® audio package at an additional cost, but for aficionados, the BOSE® speakers are crystal clear in their delivery when either listening to music or watching the TV, regardless of where you are positioned in the car. The PCM also plays host to the display for the ParkAssist which is not a live image. This can therefore make manoeuvring in narrow spaces a bit more tricky, but is nevertheless clear enough to judge the distance to the closest obstacle.