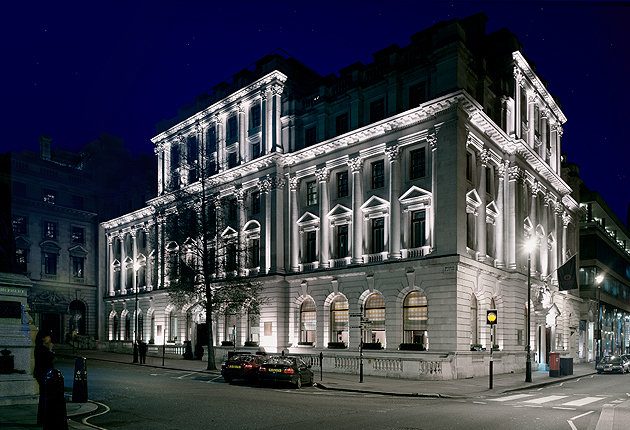 The St James Bar has just unveiled its latest cocktail menu and every beverage listed is a true work of art whilst equally being laced with history. In what proved to be a very difficult choice, I opted for the ‘Perle de Cactus’, a fresh summery drink and a tribute to Tequila which has begun to play a larger in cocktail mixology. Although the Centenario Plata Tequila is the ‘protagonist’ of this concoction, it is far from overpowering and was beautifully balanced by the other principal ingredients which included agave syrup and apple juice. The attention to detail was exquisite – the rim of the glass was decorated by spiralling and thinly sliced apple which had been dipped in cinnamon.

My guest started the evening with a ‘Lady Marmalade’, a very complex cocktail served in a ‘Bonne Maman’ jam jar to enhance the drinking experience. This particular beverage is inspired by the film ‘Moulin Rouge’ and its importance within Parisian tourism. The bitter taste of the Campari and grapefruit is however perfectly offset by honey to leave a very enjoyable beverage which was also garnished immaculately with orange peel.

With our palates nicely cleansed courtesy of ice cold water complete with a slice of fresh cucumber, it was time to try out a second round of recipes from the new menu. I headed straight for ‘La Vie en Rose’ which was created for this year’s RHS Chelsea Flower Show and named after Edith Piaf’s signature song. Decorated with rasberries and rose petals, the result is a divine and carefully composed pink beverage which combines elderflower syrup with cranberry juice, rose liquor, elderflower syrup and Tanqueray Gin, all topped up with Champagne rosé.

The ‘1921’, one of this bar’s best sellers and which has been on this establishment’s menu since 2010, harks back to the year that Coco Chanel launched the now legendary No.5 perfume. Chosen by my guest, it is a heavily ‘scented’ drink full of different flavours thanks to the home-made jasmine syrup (which has been perfected by this establishment over many years), Swedish Pinky Vodka made from rose flower, lime and cranberry juice, as well as Bergamot Mist.
The cocktail menu at the St James Bar changes with the seasons and our host therefore recommended that we return later in the year to try the more Christmas-orientated selection. With little deliberation, this is an invitation that we will certainly be taking them up on.

All cocktails are priced at £16. Our selections were complemented by a platter of very moorish olive bread crackers, crisps and olives which were continually topped up by our hosts during our visit.