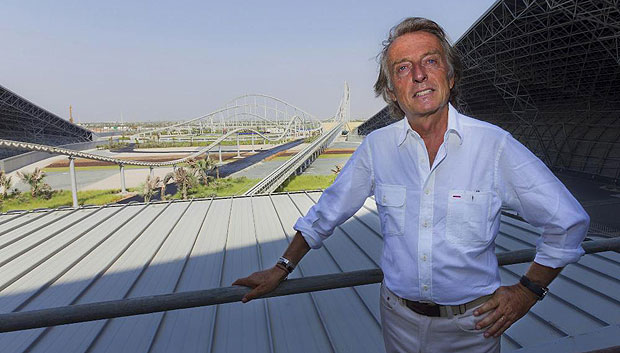 The Board of Directors of Ferrari S.p.A. met under the chairmanship of Luca di Montezemolo to examine the company’s results for 2011.

The year ended with extremely positive results that were, in certain instances, unprecedented in Ferrari’s history. Revenues exceeded the 2 billion euro threshold for the first time, reaching 2.251 billion euro (+17.3 per cent). A record 7,195 cars were delivered to the dealership network, an increase of 9.5 per cent on the previous year’s figure.

The personalisation catalogue made an extremely significant contribution with 100 per cent of all cars featuring bespoke options. In 2011 the range was further extended with the exclusive new Tailor-Made programme. At 14.1 per cent, Ferrari’s ROS (Return on Sales) was again one of the highest in the automotive sector. Trading profit reached 312.4 million euro (+3.2 per cent) in 2011, while the company’s net profit increased slightly on 2010 to 209 million euro. 2011 again saw significant investments, including research and development, totalling 279 million euro, a slight increase over 2010.

“We can only be satisfied with these results,” declared Chairman Luca di Montezemolo. “They were achieved against an economic backdrop that remains challenging, particularly in Europe. They are the fruit of heavy investment and a culture of innovation that covers all areas of the business. Our international expansion continues and Ferrari today has a network covering 58 nations. We now have a complete range of models which will be joined in a few days time at the Geneva Show by a new 12-cylinder. A revolutionary new car that delivers extreme performance and unprecedented power output.”

Ferrari achieved record sales in America in 2011 with 1,958 cars delivered, up 8 per cent on 2010. A total of 777 cars (+62.6 per cent) were delivered to the Greater China Area, which became Ferrari’s second largest market some months ago. 500 of those were sold in China alone. The Middle East also continued to perform very well with an increase of 22 per cent to nearly 450 cars.

Europe fared very well indeed too, with Great Britain ending 2011 with 574 cars delivered (+23 per cent) and German demand up 14.6 per cent to 705 cars. Switzerland also posted very good results, with strong sales of the FF, recording growth of 3.2 per cent.

Ferrari’s various Brand activities (retail, licensing and e-commerce) continued to enjoy a positive trend. Retail sell-out values grew by 34 per cent on the previous year with the Ferrari Store in the Abu Dhabi theme park scoring highest in the revenue stakes worldwide, thanks to revenues in excess of 12.5 million euro. The Licensing Division renewed major multi-year contracts with international partners, such as Puma, as well as signing new agreements with, amongst others, the luxury brand Hublot (LVMH Group).

Sales at the online Ferrari Store jumped by 25 per cent, while the Ferrari.com website recorded 350 million page visits (+30 per cent).

The Ferrari Facebook page now has 6.2 million friends, a leap of 65 per cent on 12 months ago, and Ferrari videos on YouTube have been viewed more than 6 million times (+50 per cent). Ferrari’s presence on respective Chinese and Japanese social networks grew significantly in the same period. The Ferrari Museum in Maranello also registered a new record number of visitors – over 240,000 – of which 60 per cent were from abroad.