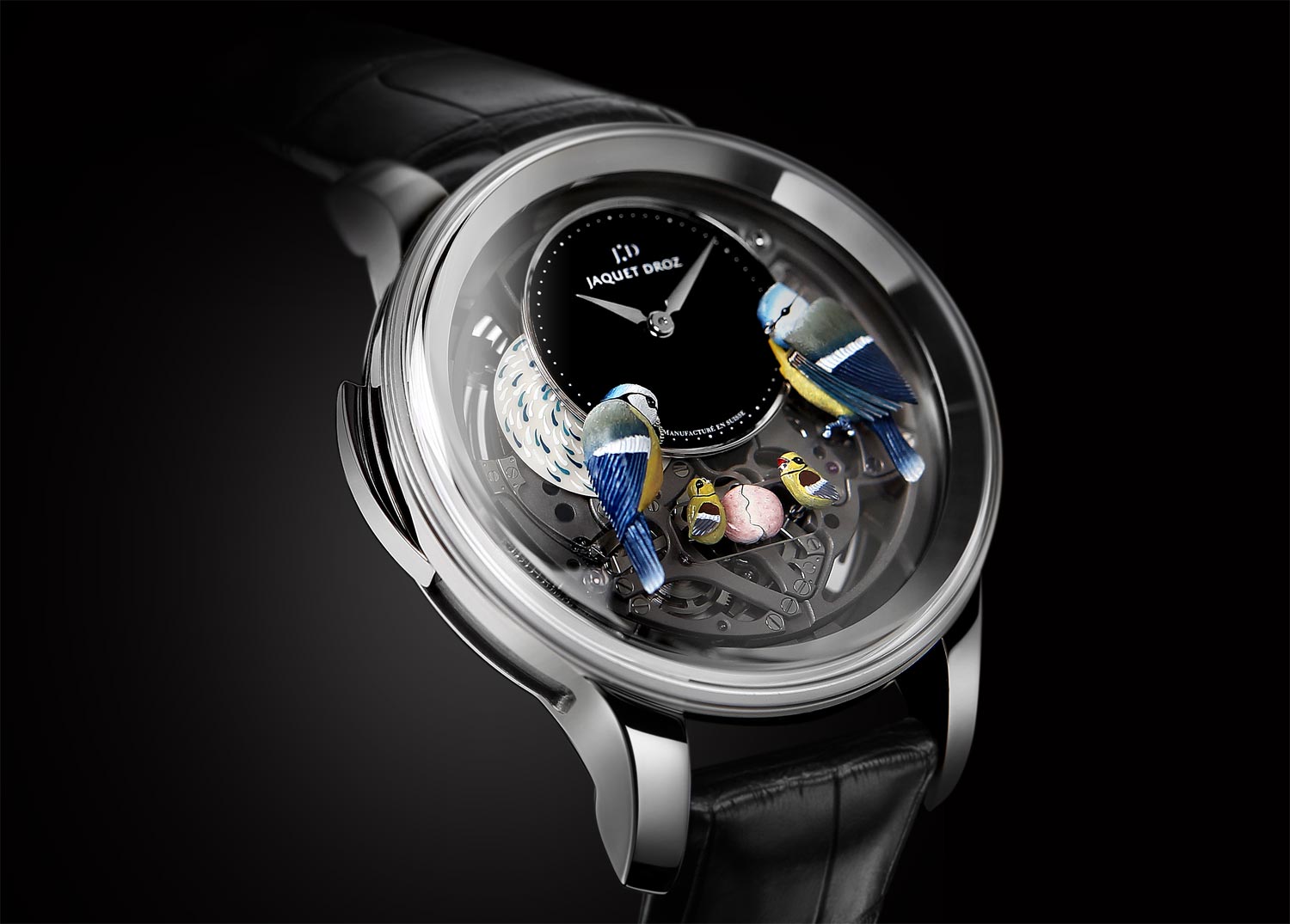 It’s no secret that we’re fan’s of Jaquet Droz (Droz is pronounced ‘Drow’), they are almost unchallenged when it comes to incorporating automaton within the small confines of a watch case. Picking just one of their timepieces for this nature-based watch feature is a task itself. Where do you start with Jaquet Droz? Their ability to incorporate nature within their timepieces has resulted in a catalogue which is both extensive and unbeatable!

Over the past few years, they have produced timepieces incorporating automated elements from nature which includes birds from different species and various insects all of which is hard to imagine being possible until you see the watches in person. 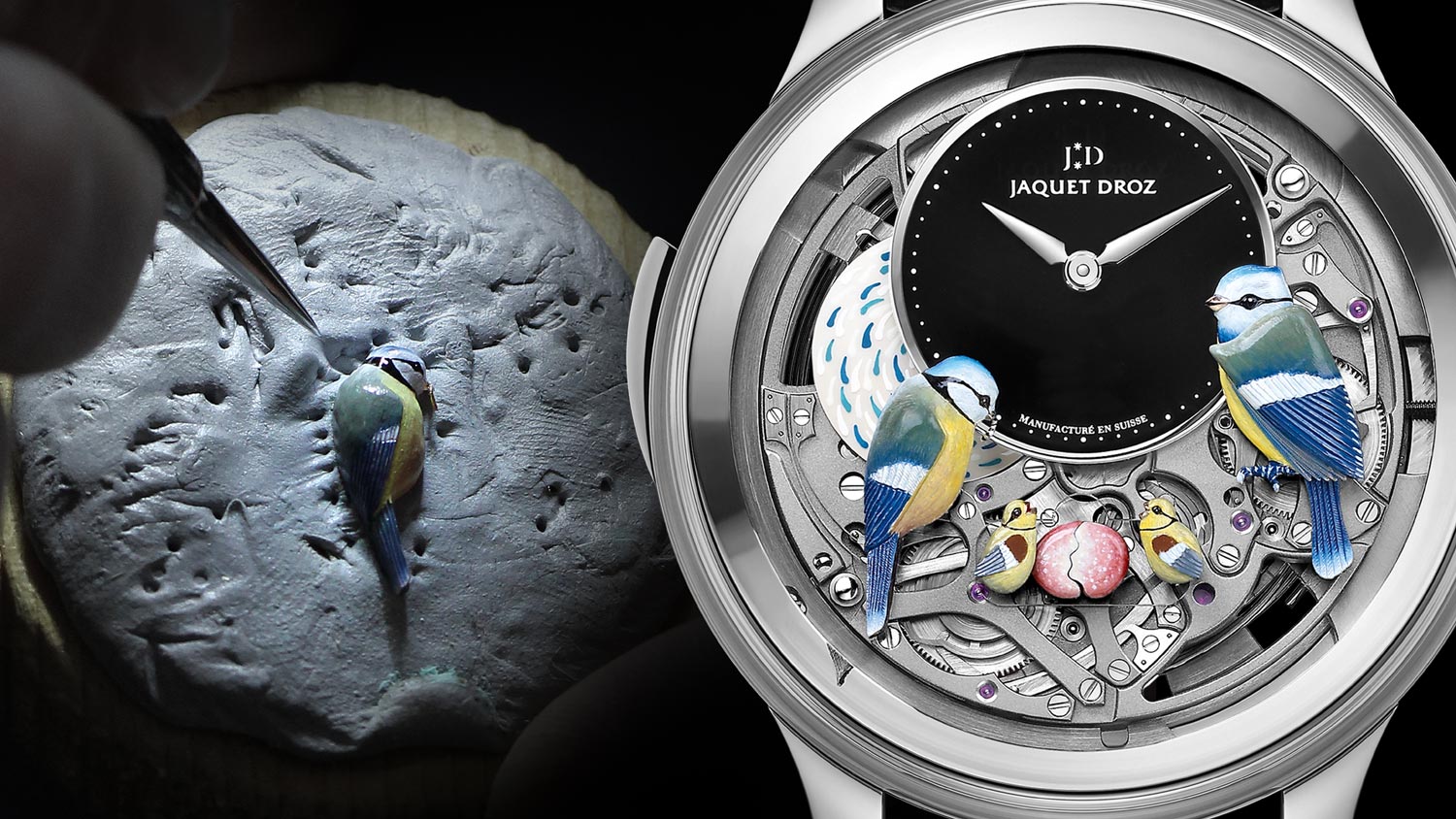 To categorise the Jaquet Droz automaton’s as watches, in some way does the brand a huge injustice. Yes, they tell the time, but, the extra visual extra’s they provide, move their pieces into a unique horological category.

Their creations, perhaps more so than any other watch manufacturer, are works of art for the wrist. After much deliberation and arguments, the Bird Repeater Openwork was chosen to represent the Jaquet Droz catalogue as it visually displayed much of the brands’ renowned excellence at a single glance.

What makes this watch so special is under the sapphire glass dial, you can see a duo of blue tit birds feeding their fledgelings and spreading wings alongside a tumbling waterfall and the hatching of the egg. 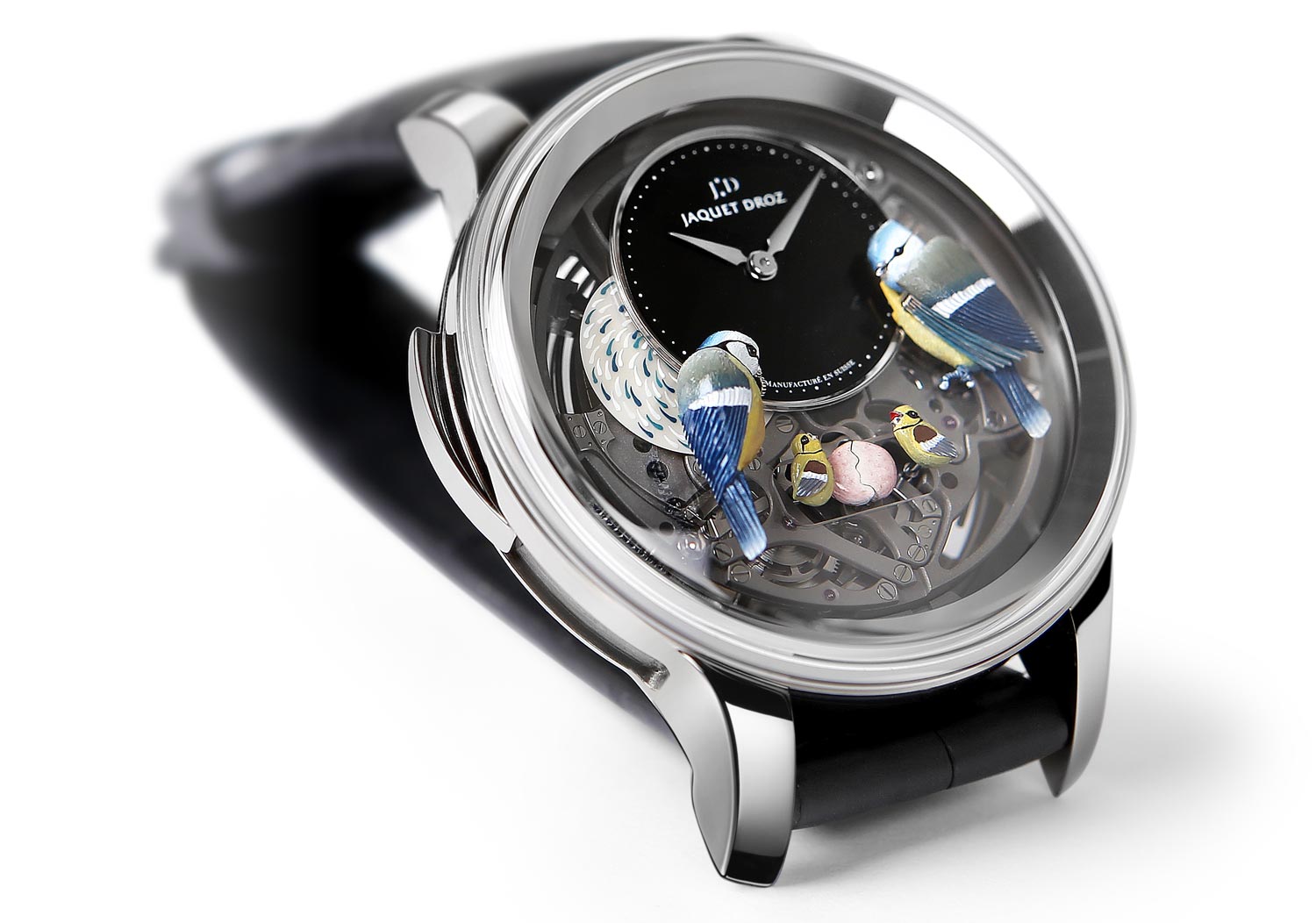 It’s the attention to detail from the artisan’s which makes this watch stand out, the depth of colours used and the intricate details such as the feathers and eyes makes this, to coin some English slang, ‘Gob-smacking’!

The Bird Repeater openwork is only available in white gold on a black alligator leather strap and is a limited edition of eight pieces, each one equipped with 508 components. And the price for such an incredible piece of finery for the wrist? Back in 2015, the retail price was $752,000 US, what you’ll need to pay an owner for one today is anyone’s guess, I truly doubt that they would want to part with it.