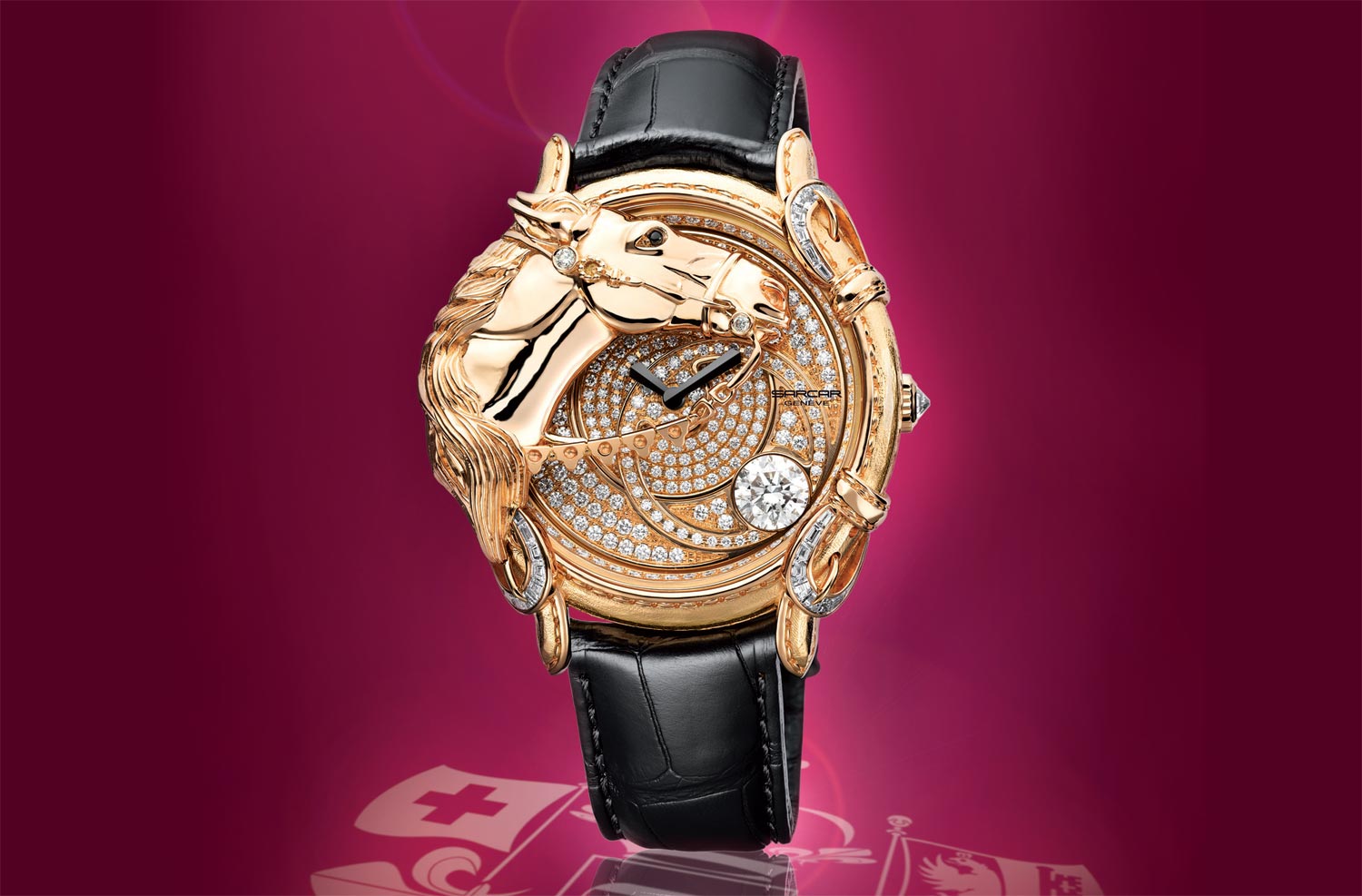 From the SARCAR Treasure Collection comes the Royal Stallion, a gorgeous, hand-sculpted timepiece in 18k pink gold with diamonds. As is clearly shown in the above image, the Royal Stallion is a visually stunning tribute to one of man’s oldest friends.

The Swiss-based SARCAR was founded in 1948 by Carlos Sarzano which explain the slightly unusual brand name (CARlos SARzano). This watchmaker specialises in creating high-end timepieces in limited and often numbered editions and in all honesty, they are so rare, this writer has never come across the owner of one of their pieces in person.

The Sarcar Royal Stallion is limited to just 9 pieces and is powered by a Frederic Piguet movement. As you can see from the picture, the Royal Stallion is heavily inset with 314 smaller and one pronounced rotating solitaire diamond revolving around the pave dial. In total, the combined weight of the diamonds comes in at a fraction less than 4 carats. 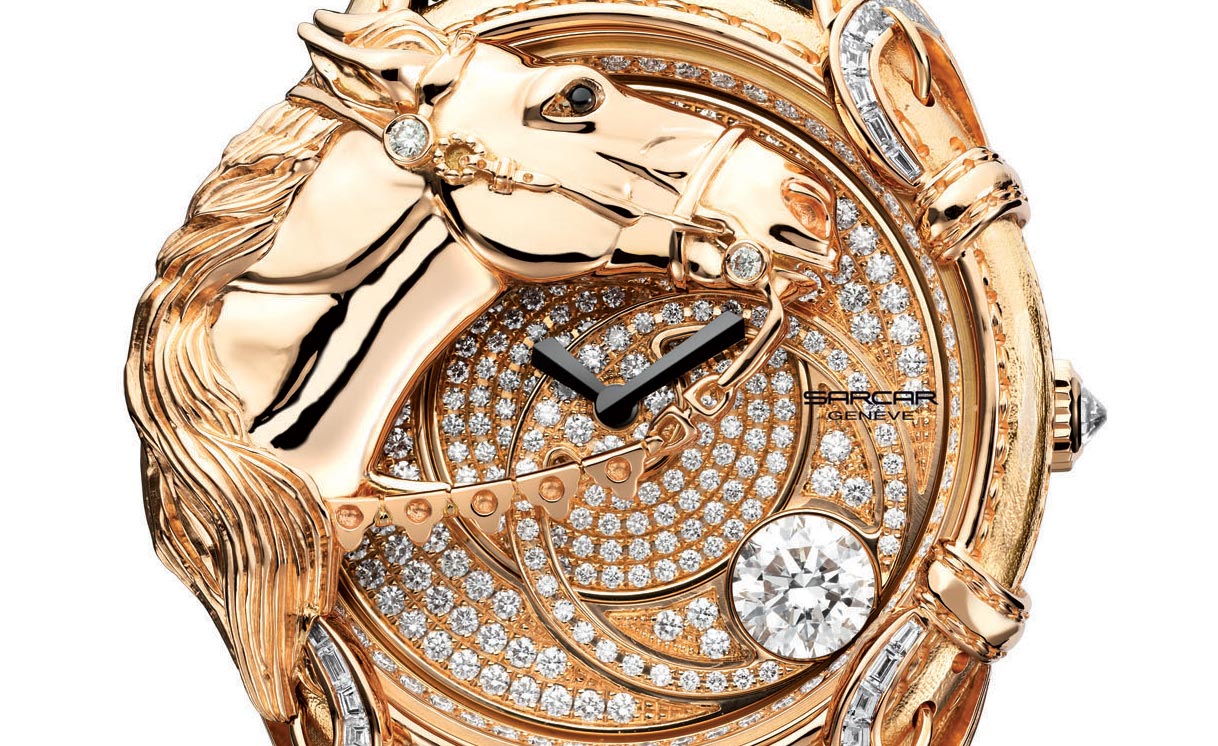 Underneath the finely polished sculptured stallion is a baguette diamond-set horse-shoe on a rein which is further enhanced by SARCAR’s signature – a one-carat diamond rotating solitaire revolving round a pave dial. With its self-winding movement, diamond-studded crown and the further addition of a dual-sided crocodile strap with gold diamond-set folding clasp, this mesmerising timepiece pays homage to one of natures most loved animals in a spectacular form.