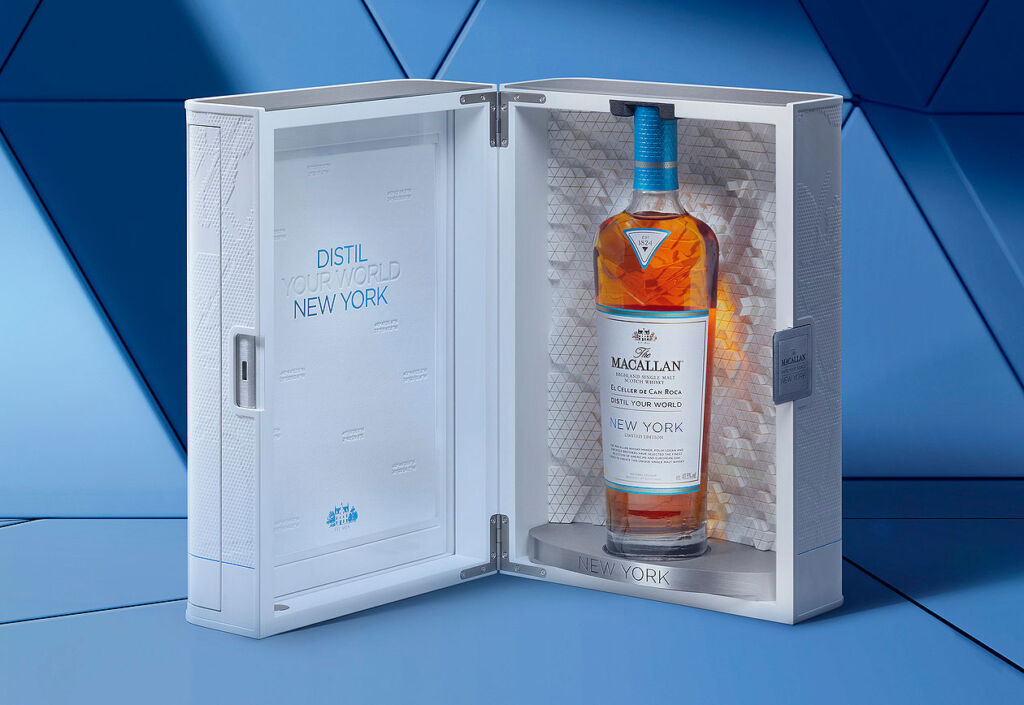 Simon Wittenberg takes a look at the second addition to The Macallan distillery’s Distil Your World series.

The Macallan, the famed Speyside distillery in Scotland, has released the second addition to its limited edition and highly sought-after Distil Your World series, single malt whiskies which capture the essence of some of the most iconic cities across the globe. 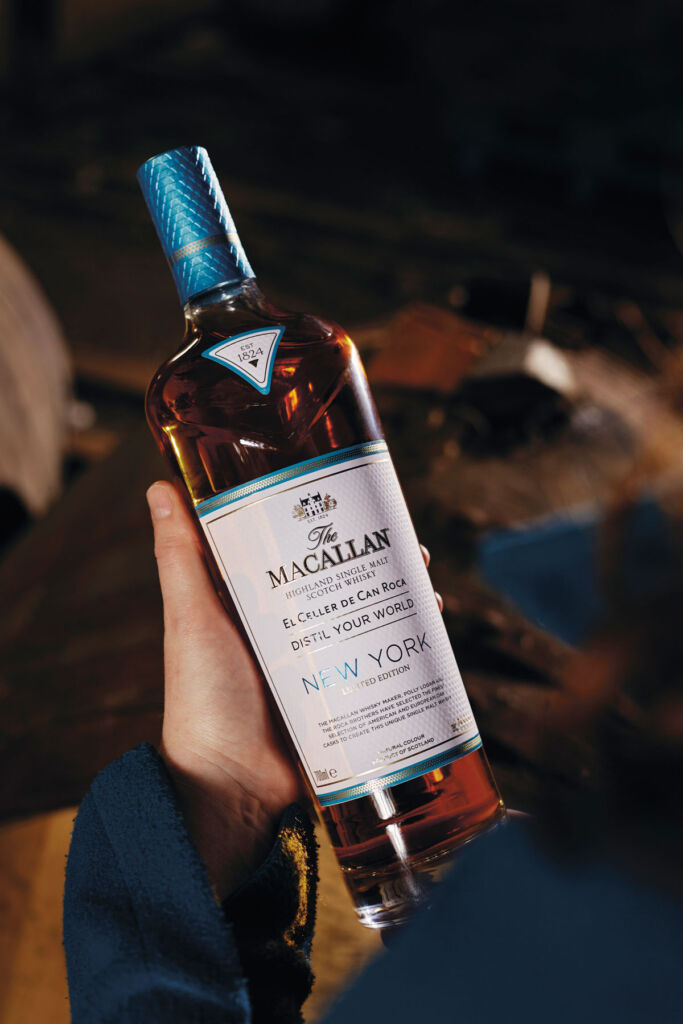 Crafted by The Macallan Whisky Maker Polly Logan in association with the Roca brothers, owners of El Celler de Can Roca, twice named ‘Best Restaurant in the World’, the latest release embodies and commemorates the American city as a dynamic fusion of art, creativity and visionary talent.

To uncover the mastery behind New York, Polly and Joan Roca travelled to the buzzing metropolis to spend time with the artists who fuel its vibrant culture. Their journey saw them meet the widely-acclaimed jazz musician Wynton Marsalis and the legendary street artist Lady Pink. This encounter has been featured as part of a 30-minute documentary film, which is available to view on Amazon Prime Video and channels.

The Macallan’s Distil Your World New York expression (49.5% ABV), which has a distinct ‘City sunrise’ hue, has been shaped from the marriage of six European and American oak casks so that it reflects the artistic character of New York, its towering architecture, and the culinary diversity offered by its delis, diners and street food.

Building on the subtle apple notes already characteristic of The Macallan – a fitting flavour for the Big Apple, Distil Your World New York also grants the sweetness of classic American candy, with nods to both peanut and chocolate. A whisp of sidewalks portrays the bustle of this famous location, whilst vibrant citrus represents the skyscrapers that dominate the New York landscape. 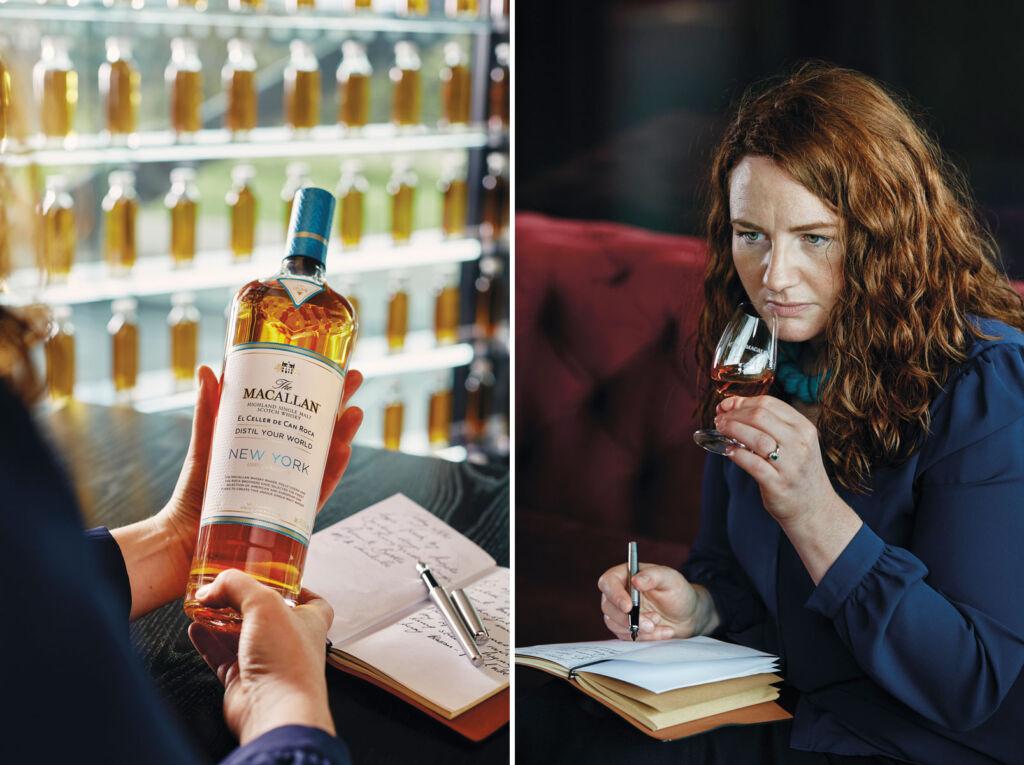 The Macallan Whisky Maker Polly Logan said that the whisky is a tribute to the people of the American city and reflects the daring, creative and diverse characters that she has met during her journey across the pond. She went on to explain that the distillery also looked at the quintessential tastes of New York, such as sweet candy, waffles, peanut brittle, chocolate, and pecans.

The bottle of The Macallan’s Distil Your World New York is encased in a beautifully designed and striking white presentation box, which boasts an etched aerial map of the American metropolis. The blue elements on the box and on the bottle itself, have been inspired by the water (i.e. the Hudson River) that surrounds the buildings that tower over the streets of New York.

The globally acclaimed Roca brothers also produced a quite unique menu designed to take diners on a singular journey through New York. Dishes include a potato cronut (a croissant-doughnut pastry) with salsa brava, cured and smoked strip steak and waffles with chicken pâté and sugar cane syrup. The Big Apple, their masterpiece dessert, is derived from a caramel apple, complete with fresh apple purée and milk chocolate.

The lucky owners of this limited edition will also find a luxurious book in the box, which showcases the different inspirations behind this single malt, and the craftsmanship involved in its creation, alongside eye-catching New York photography. 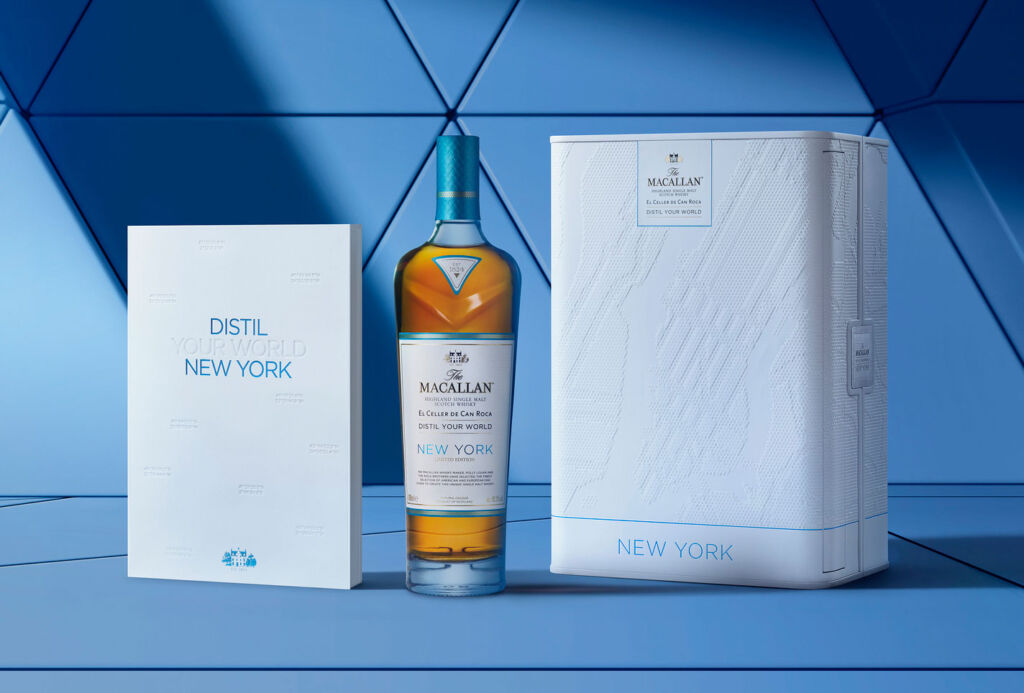 The Macallan Distil Your World New York – Where and How?

The Macallan Distil Your World New York is a limited edition release of only 1,000 bottles with an RRP of £3,100 / $4,200. For further information about the new expression, visit www.themacallan.com.

Photography by The Macallan and Christina Kernohan.