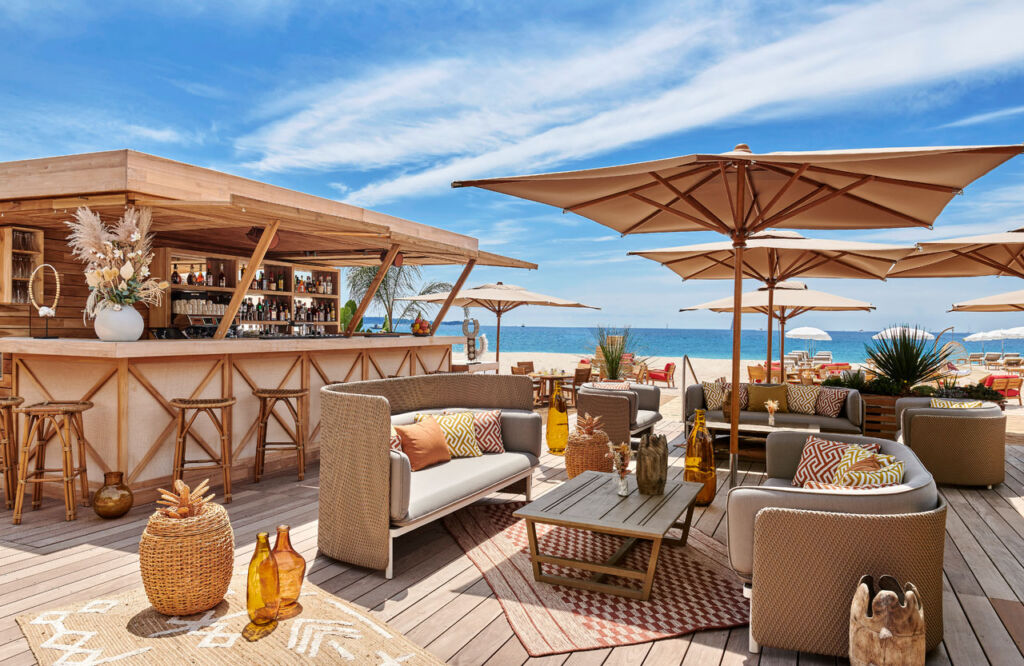 Get ready for a summer of fun in Cannes this year. Mademoiselle Gray, the bohemian and epicurean beach at the Hôtel Barrière Le Gray d’Albion has unveiled an extraordinary surprise, which goes by the name ‘Vinyle’ and we can guarantee you that it’s very ‘Groovy”.

For the new summer season, Mademoiselle Gray has turned her attention to music with the release of her album, which is filled with exciting cover hits and original songs. The album’s title is “Vinyle”, and, as you may have guessed from the name, it’s only available on vinyl.

Mademoiselle Gray is known to be something for everyone. From doing nothing and doing it well, lying on a sun-lounger facing the Bay of Cannes and the Mediterranean, soaking up the warm rays of the sun and her summer ambience, she is the perfect venue for a relaxed cocktail with a soundtrack provided by the in-house DJ.

She takes pleasure from inspiring and tantalising her guests with gourmet cuisine, whisking tastebuds on a culinary voyage around the Mediterranean that encompasses the Middle East, Greece, Italy and Provence. And now she’s adding a love of music to her many talents, with the release on the 30th of June of the Plage de l’Hôtel Barrière Le Gray d’Albion’s debut album: “Vinyle”. 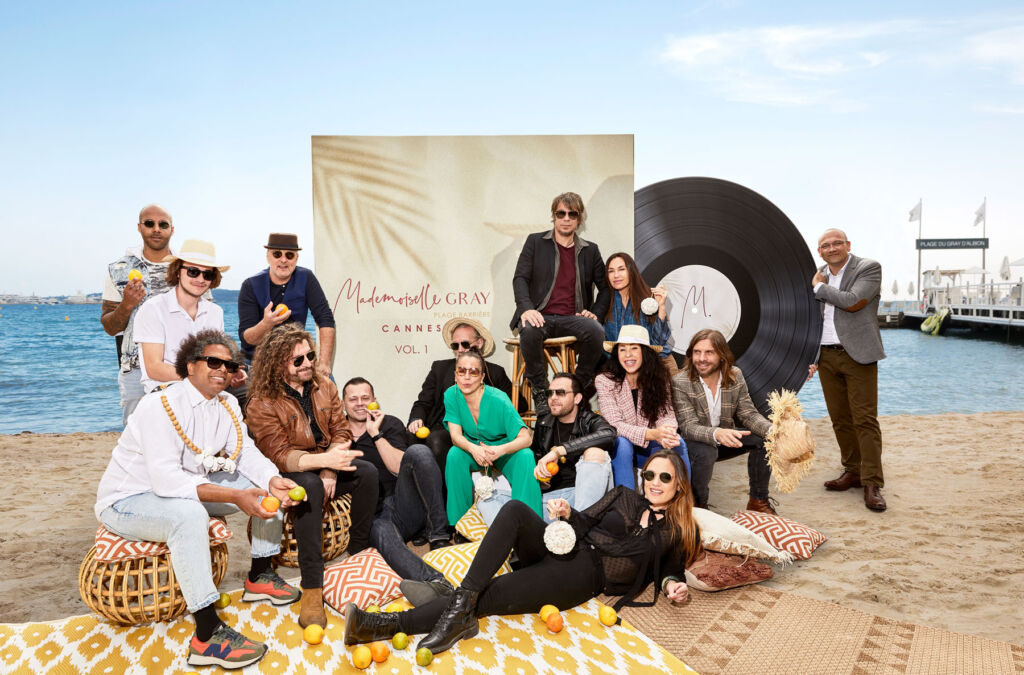 The album was created by the Mademoiselle Gray team (above), led by Jean-Philippe Vanthielt, Hotel Manager at Le Gray d’Albion. Vinyle, as its name suggests, is a proper, old-fashioned 33-speed album, the type that you place carefully on the turntable; a flat, ebony-coloured disk with two sides, each with five grooves and a similar number of hits.

Mademoiselle Grey has chosen this vintage yet in-vogue music format for her album, remaining true to the chic, bohemian character that has made her so popular over the years with summer visitors. And if you don’t have a record player or a jukebox, then don’t worry – Vinyle will also be available on streaming apps such as Deezer and Spotify in July, following the album’s release.

Success stories
So what’s on the Vinyle album? Quite simply, nothing but the greatest hits that make us get on the dance floor from the Eighties right through to today. However, this album is far from just a simple “compilation”: it’s an ambitious opus that aims to revisit classic dance tunes and add a modern electro vibe and an exotic and sensual summer feel that was missing in their original version.

For example, on the album is Clara Luciani’s “La Grenade” with its heavy bass line. Her track now has a fresh sun-blessed feel, exchanging its original disco beat with a Latin-inspired sound and subtle Flamenco vibe to exude the gentle melancholy of late afternoon when the heat of the sun, and our moods, take on a gentler ebb.

Another classic from recent years is “Get Lucky” by Daft Punk. This track adopts a lighter, more calm air to the point where it suddenly feels like Julien Doré. Exit the furious riffs of Chic guitar player Nile Rodgers; up the tempo, add some extra rhythm centre stage through the bass and drum machine and head to the dance floor!

Mademoiselle Gray is not only content with creating covers of hits from summer’s past. She has also stepped back into the discos of previous decades to rework a few eternal melodies from the Eighties and Nineties. She’s added a hint of “À cause des garçons” to the iconic “J’aime regarder les filles” by Patrick Coutin, which has resulted in a sound which is much less sensual than the original.

At the same time, she’s instilled “Benz” by NTM with a demonic glamour that is typical of a James Bond soundtrack. She’s rejected the rock guitar sound that Serge Gainsbourg used to accompany Vanessa Paradis’ young voice. Instead, there is an electro vibe to “Tandem”, which is guaranteed to get your feet tapping, even if it doesn’t immediately propel you onto the dance floor!

All rules have their exceptions. And there are two on Vinyle: “Be Mine” and “La Plage Mademoiselle Gray”, two original songs that have found their place among the covers. The first brings a touch of jazz to the album, with its earthy vocals, beautiful piano notes and the sound of the guitarist’s fingers, which Bruno Chino, Vinyle’s director and sound producer, has kept on the album for pure pleasure! After all, this is La Land on the Croisette!

The second can be considered Mademoiselle Gray’s official anthem, the original soundtrack to the summer of 2022 on the French Riviera’s premier disco beach! It’s the song that shouts summer as soon as you hear its opening notes; this song will bring back memories of your holiday long after it’s over.

Click on the link to preview extracts from Mademoiselle Gray’s Vinyle Album.
https://mlle-gray.myportfolio.com/.