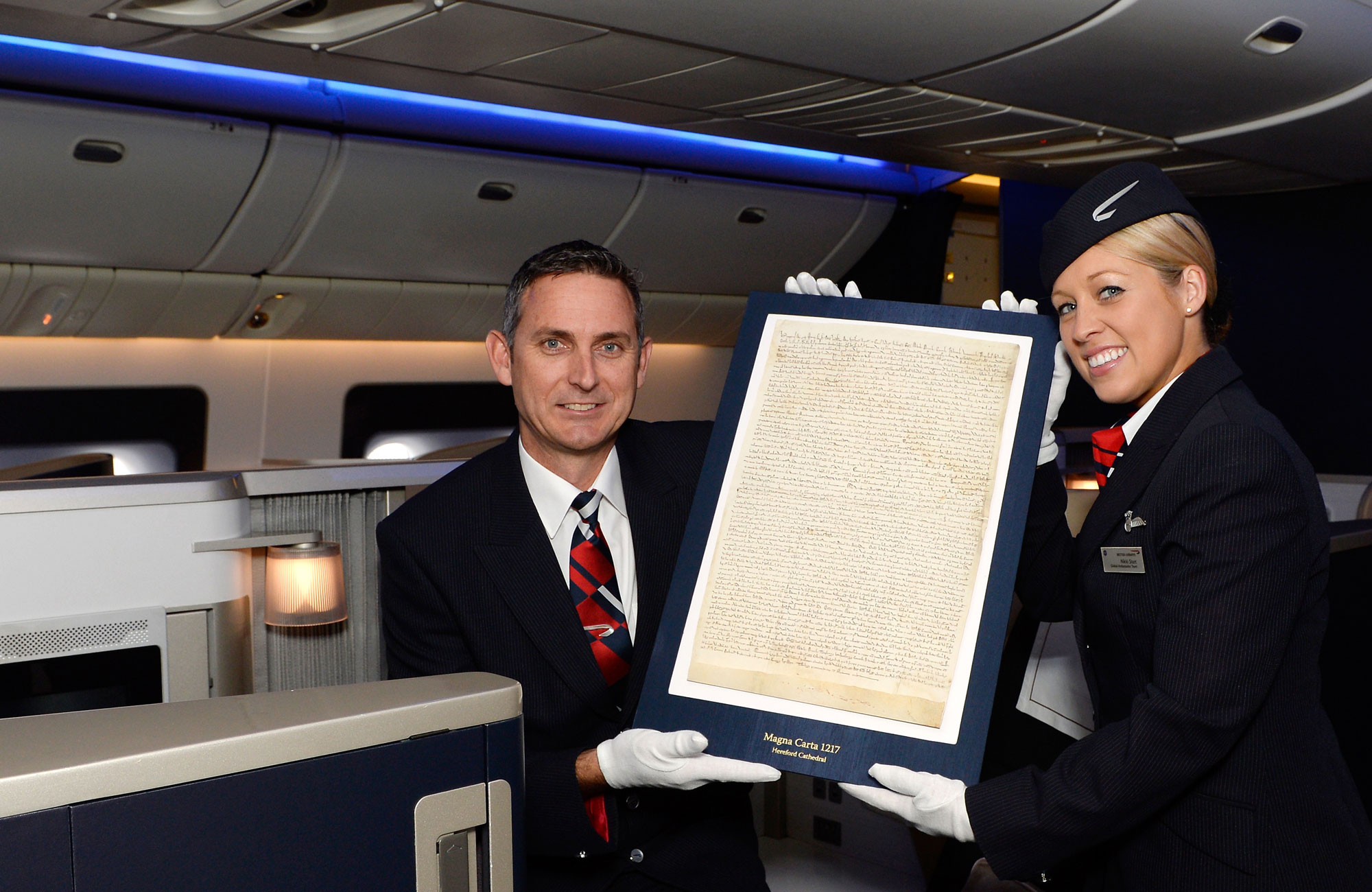 There are some things you can simply roll up, stick under your arm and take on board with you when you fly the Atlantic – but the Magna Carta isn’t one of them.

For a start, it’s worth £24 million (a conservative estimate), it’s almost eight hundred years old, and it’s arguably the most celebrated document in British history.

A King of England signed it, changing forever the balance of power between the monarch and the people, and the 24 surviving copies are now treated like Royalty in their own right. 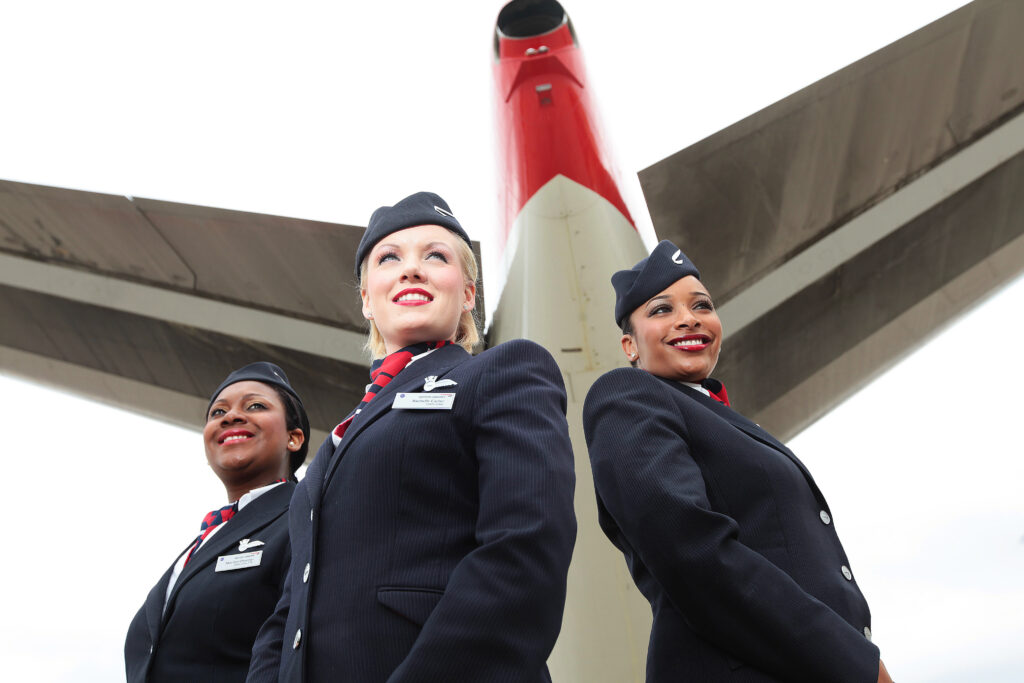 Which is why British Airways rolled out the red carpet for the Magna Carta yesterday (Mon) when the doyenne of documents began the first leg of a world tour that will see it visit seven countries, cover 65,000 miles and travel through 25 time zones in four months.

There are some airlines the tour organisers wouldn’t have used, just in case the historic document became, er, history, but British Airways was chosen by the Great Britain Campaign and the charter’s owners, Hereford Cathedral, because of its reliability as Britain’s flagship airline.

As a VIP (or Very Important Paper) the Magna Carta flew First Class, of course, accompanied by its very own dedicated security guard.

A fellow passenger claimed to have heard the following conversation during the flight, but Luxurious Magazine, being a responsible publication, cannot vouch for its veracity.

SECURITY GUARD: Yes, please. And my friend will have one, too.

SECURITY GUARD: Yep. My friend Magna, here. He’s having a kip at the moment, but he asked me to order him some Champagne for when he wakes up. And a big glass if you can manage it, please, as he’s getting on a bit and doesn’t have to worry about how many units of alcohol he’s consuming at his age. Tell you what… better make it a bottle – a Jereboam if you have one – because he can soak it up like blotting paper. 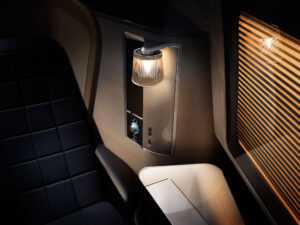 SECURITY GUARD: But don’t worry, Miss. He won’t be any trouble. Look, he’s even got his seat-belt on. And I’m pretty handy if there’s ever a problem, because I’m a security guard, see?

BA STEWARDESS: Bit of a tough assignment this one?

SECURITY GUARD: Nah. Piece of… no, I mean, I’ve had worse. Spent the whole of an 11-hour flight handcuffed to one of the Kray Brothers once. Told the most terrible jokes I’ve ever heard, but oh, how I laughed! Disturbed the whole plane I did, but I didn’t want to know what happened if you didn’t laugh at his jokes. Our motorway bridges are full of people, permanently encased in concrete, who didn’t get the joke. Talk about having the last laugh…

That’s the only snatch of conversation we have, but we do know for a fact that the 1217 version of the Magna Carta landed safely at New York, where it will be exhibited in one of the city’s most prestigious museums, before it heads to Luxembourg, China, Hong Kong, Singapore, Malta and Lisbon.

British Airways Captain Iain Aird, who flew the document from London Heathrow to New York’s JFK airport, said: “VIPs regularly travel across the pond with us, but with a price tag of £24 million the Magna Carta and the King’s Writ are definitely one of the most precious pieces of cargo we’ve ever had the honour of carrying. The news that we had such an important piece of history on board certainly created a buzz in our First cabin!”

Canon Chris Pullin, Chancellor of Hereford Cathedral, who was also on the flight, said: “I am delighted that our copy of Magna Carta is embarking on this global tour, which will enable more people than ever from across the world a unique and exciting opportunity to see the document close up and learn about what it represents.” 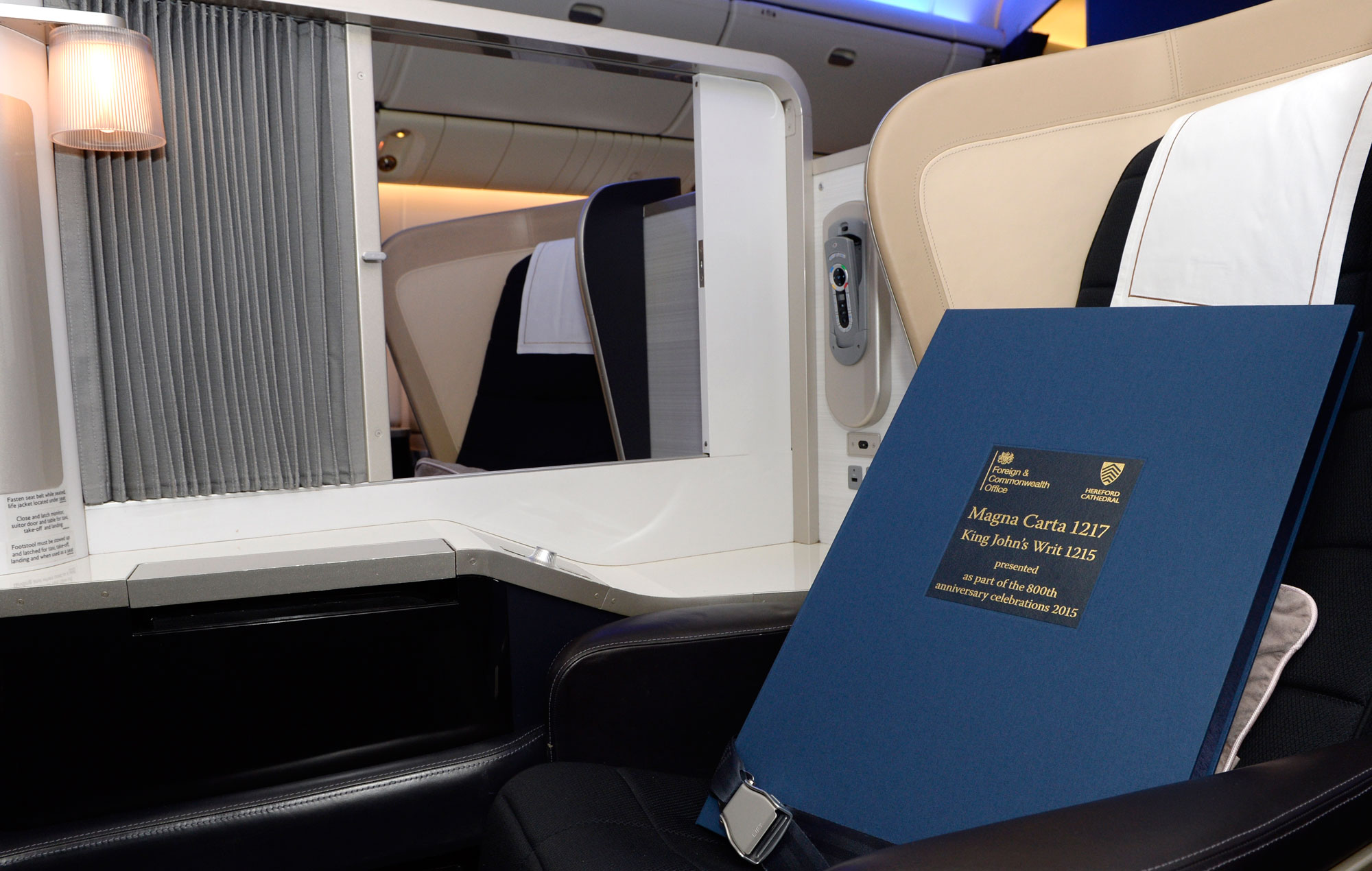