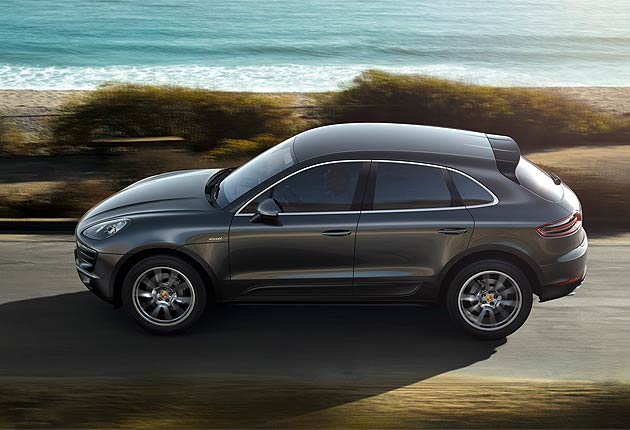 Porsche has had a superb start to 2014 with first quarter sales and orders breaking records, this is set to continue with the introductions of the Macan their new compact SUV.

Sime Darby Auto Performance are the authorised importer of Porsche vehicles in Malaysia and they have officially announced that the new Macan will arrive in Malaysia shores Q4 of 2014 during a sneak preview event hosted for members of the media on May 7th, 2014 at Porsche Centre Damansara. All variants of the new model to include the highest of its range the Macan Turbo, Macan S, Macan S Diesel and the Macan (4-cylinder engine) will be available in Malaysia.

“The Macan is the first sportscar in the compact SUV segment and it is the sixth model line-up for the Porsche brand. It combines all the typical Porsche driving characteristics with all the benefits of what a compact SUV can offer in the everyday life. I am certain that with the new Macan, we will be able to reach out to owners who are looking into joining the Porsche family for the first time as well as to excite our long-term customers,” said Arnt Bayer, Chief Executive Officer, SDAP.

The Macan Turbo will be making an appearance at Bangsar Shopping Centre from May 21st to 25th, 2014 for an opportunity to the Malaysian public to have a closer look at Porsche’s fifth model range. The Macan model range is now available for bookings at Porsche Centre Damansara and Porsche Centre Glenmarie.

The new Macan adopts the current DNA of the 918 Spyder in the form of the basic shape of its main headlights, while the sideblades at the bottom of the front and rear doors are reminiscent of the lower door seams on the hybrid super sports car. Combined with the sophisticated door handles, this makes the doors appear narrower and the sides significantly more sporty and streamlined. On the Macan S and Macan S Diesel, the sideblades are painted in Lava Black as standard. The Macan Turbo features sideblades painted in the same colour as the exterior (optional for Macan S and Macan S Diesel), adding to the classic elegance of its look. Sideblades in Genuine Carbon, available for all models as an option, add extra emphasis to the Macan’s sporty character. On the inside, the Macan is fitted with a multi-function sports steering wheel as standard, the design of which is completely new and based on the 918 Spyder.

A further design highlight on the side view is its sporty sloping roof line which creates a sharp profile and emphasises the dynamic nature of the vehicle, while the design lines running to the rear of the vehicle accentuate the broad, sculpted wings. Together with what are known as the window graphics – the edges of all lateral glass surfaces – and the shape of the D-pillar, these design lines are a nod to the design of the 911.

We’re sure that the Macan will do well in Malaysia as luxury SUV’s are proven to be very popular with consumers and auto fans in the country. Some may say that the styling is a little too bland and the Porsche DNA has been diluted, others will look past this due to the brand name and obvious practicality, with regards to the styling we’re in the yet to be ‘won over’ camp and reserve our judgement, however, all views and opinions aside – it’s a Porsche and as with all models from the German manufacturer should do very well.