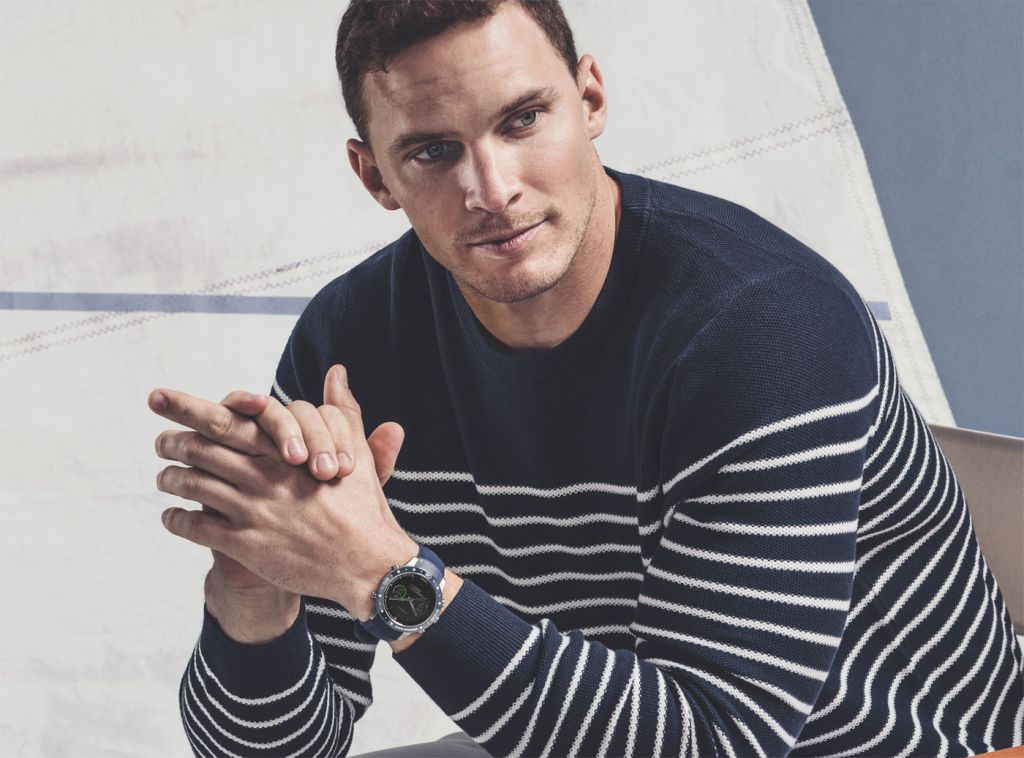 Garmin is fast becoming one of the most desirable watch brands to have for men in the UK. Jeremy Webb looks at the MARQ Captain: American Magic, the latest model from the brand to uncover the attraction.

World-famous for navigation equipment Garmin has now put the same skills and experience into their watches. The MARQ Captain: American Magic Edition is a nice looking and practical timepiece, and the latest innovation from Garmin’s MARQ series of watches, it is a creation born from the dreams of their customers.

The MARQ series is known for its design, use of cutting edge materials and technology. Despite its large size, it fits on the wrist well with no weightiness even though its looks would indicate otherwise.

The watch has been produced ahead of the 36th America’s Cup, the pinnacle of yacht racing. Garmin’s American Magic honours the sailing team and the company’s technology used to train and perform on-and-off the water.

To celebrate the heritage of the great American Magic team, the strap is navy blue silicone with red keepers. In addition, the team name is engraved on the bezel and the logo on the specialised watch face. There are two watch faces available which are exclusively sailing-focused. 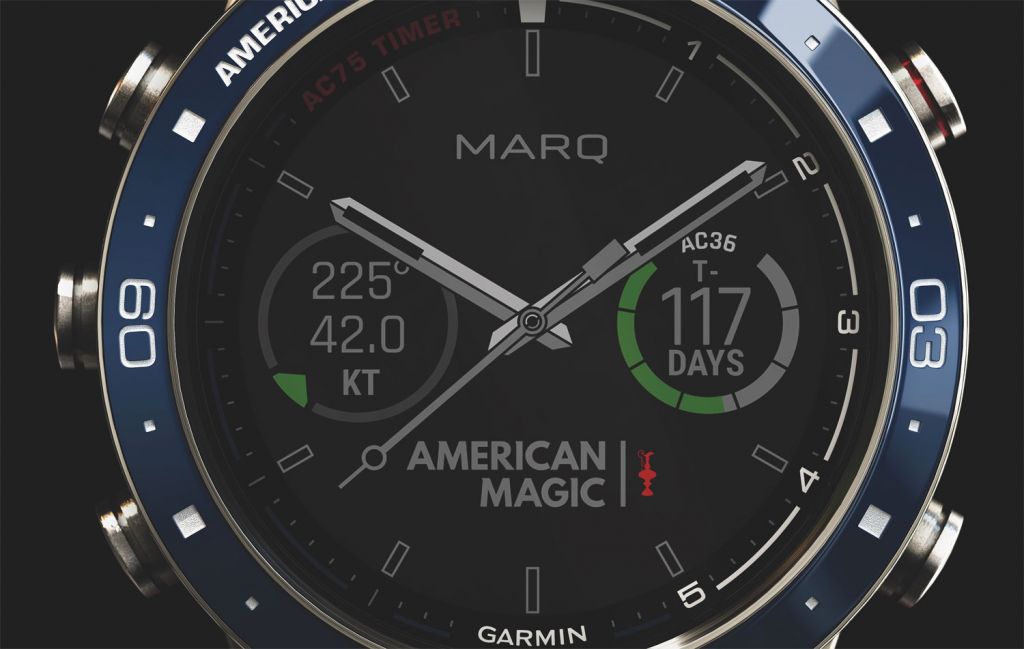 Garmin’s Dan Bartel, vice president of global consumer sales, said: “We are honoured to be a part of the legacy of American Magic and its challenge for the America’s Cup, the pinnacle of sailing and the oldest trophy in international sports.”

“Garmin is confident our watches will give the team the tools they need as they compete for the trophy, and we are excited to be a part of their success on the water.”

The athletic trainers of the American Magic crew have created three workouts which have been loaded on to the watch, helping to keep the sailors in top condition. The wearer can choose between Intervals, Race simulation and a Fitness test with information gathered by multiple sensors monitoring health and wellness.

Baden Cashmore, American Magic’s Injury Prevention Specialist and Trainer said: “Our athletes meet the physical demands of racing by working even harder in the gym.”

“Through tracking metrics such as heart rate and training load on the water and in the gym, we can adjust training volume to optimise performance. Garmin wearables and technology allows me to track each athlete’s workload on and off the water, giving me the information to modify their program accordingly.”

I love gadgets on my watches, and there are plenty on this watch. It comes loaded with TopoActive Europe maps and support for optional BlueChart® g3 coastal charts and GPS navigation, maritime profiles and weather forecasts, including storm alerts, homeport conditions and more. Fully compatible with inReach® satellite communications for two-way communication and SOS functionality.

Further highlights are streaming music, Garmin Pay™ contactless payments, daily activity tracking, sleep monitoring and smart notifications compatible with Apple® and Android™ devices. Most of these I will not use regularly and probably most owners would be the same, but for sailing crew members they are great to have.

The MARQ Captain: American Magic Edition is tough as it has to withstand nature and the elements. Twelve days of battery life come from the rechargeable lithium battery in Smartwatch mode, 28 hours in GPS mode.

The looks
Some people prefer the thinner designed smartwatches such as the Apple or Samsung Galaxy, but many go for the chunkier look like the American Magic. I am happy with both looks as I love my watches. You get a lot for your money along with the great design. – Jeremy Webb. 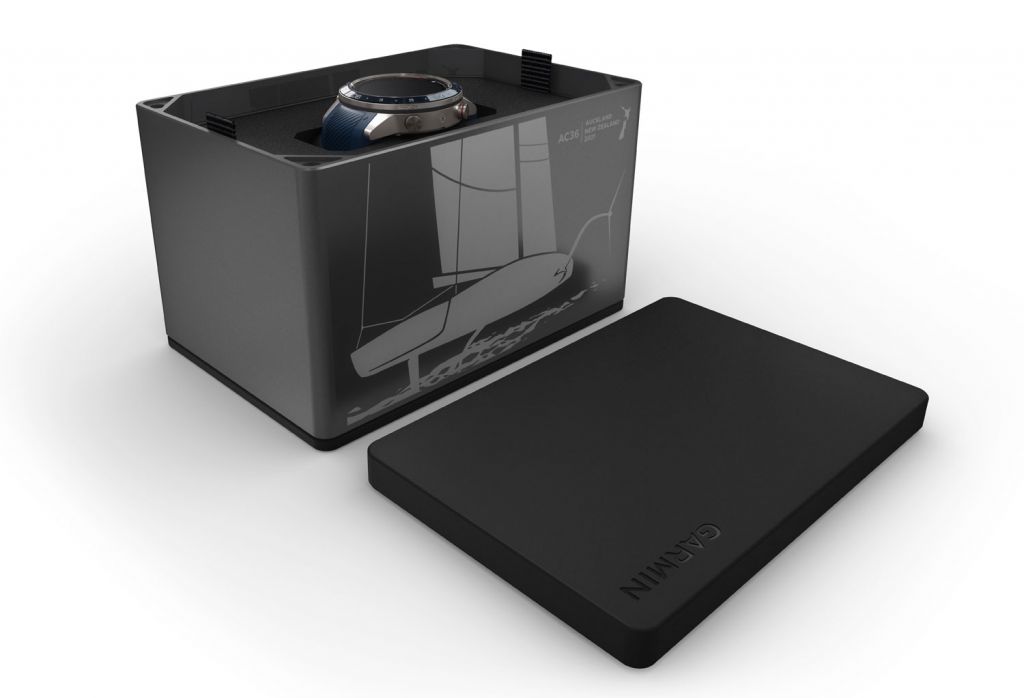 The MARQ Captain: American Magic Edition is available now with an RRP of £1,599.99.