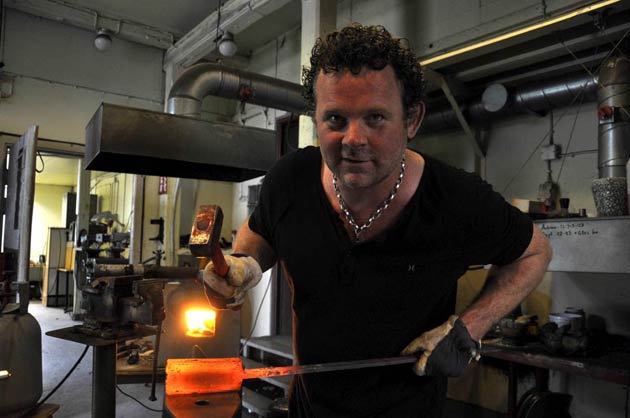 The partnership between master blade smith Johan Gustafsson and watchmaker Patrik Sjogren was forged to provide truly unique watches, inspired by the beauty of northern Scandinavia and the ancient Swedish tradition of metallurgy.

Johan Gustafsson was born in 1964 and the natural beauty of the Scandinavian wilderness has always been an important part of his life. One of the outdoor activities he enjoys the most is hunting. In 1993, he bought a blade to make his own knife in preparation for a moose hunt. The experience of making his own knife was an eye opener, and this made him eager to try his hand at making his own blades. 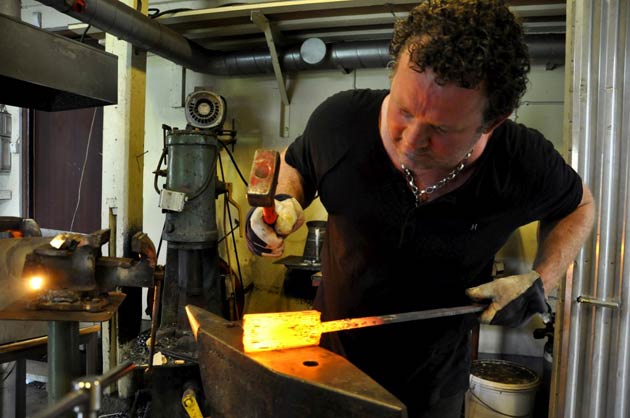 So, in 1994, he took a three-day class in basic forging. After that, he started experimenting, trying to recreate some of the steel patterns he had seen in the work of the best Swedish knife makers. Through experimenting and trial and error, he was able to not only figure out, but improve quite a few techniques. He then decided that he wanted to create something that had never been made before, by somehow infusing colors and ”crazy” designs into the steel of the blade. The results came quickly as he received multiple awards for his knives, including “Best folder”, “Best American Style knife”, “Best Fulltang knife” and “Best work by one maker” during the 1998 Ludvika knife show in Sweden. Soon thereafter he received similar awards from the largest knife shows in the world, in Paris, Milan and the Blade show in Atlanta.

One of his major accomplishments is his improvements and further developments in the technique known as Mosaic Damascus steel. This technique allows the blade smith to create detailed and abstract patterns by placing metal plates of different steel types into a pattern and then forging them together into one solid piece. Johan developed a technique where he cuts this solid piece into new bars, which he then forges together again. The result is a piece of steel with very minute and precise details and patterns that repeat themselves throughout.

This work led to him being featured in David Darom’s book “Art and design in Modern Custom Folding Knives”. This book is regarded as the “Hall of Fame” of knife and steel makers and feature 31 world class folding knife artists.

Johan also mastered the more traditional layered damascus steel techniques, which he also experiment with. One example of this is the “Wildflower pattern” which is a development of the most famous damascus steel wood grain pattern. The traditional damascus steel and its organic look is what GoS has preferred in most watches. Making parts in this reduced scale requires different qualities from the steel. Using damascus steel on watch hands requires the pattern to be very sharp and rich of contrasts to be at all visible. 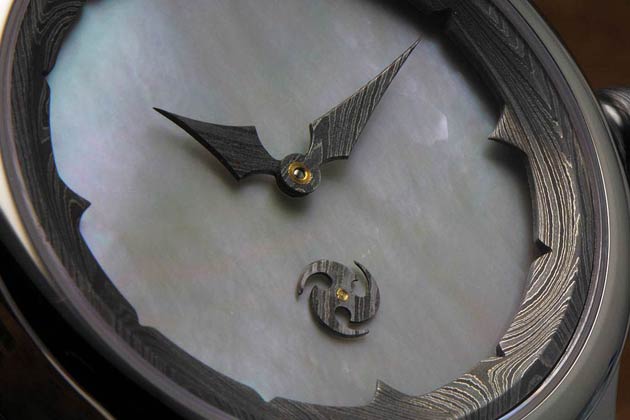 This year GoS introduced Winter Nights, the first watch with a manufacture caliber featuring damascus steel bridges. One of our goals with the movement design was to have as much space as possible to showcase the damascus steel patterns. Our use of Johan’s steel in the movements means that every movement is a unique work of art. 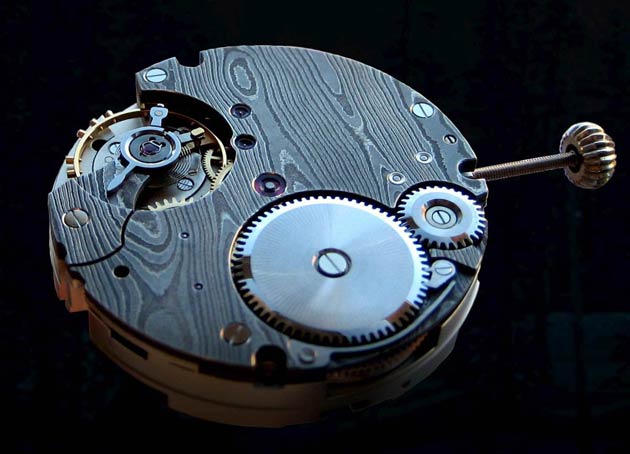 The Johan Gustafsson steel smithy is located in an area well-known for ancient monuments from the Viking era and castles from the 13th-14th century. Occasionally, Viking swords and other relics are found in the area. Archeologists have documented an ancient weapon forge that was active from around 1170- 1500 AD, which Johan can see from his house. GoS will continue to explore our Viking heritage in the designs of our future watches.