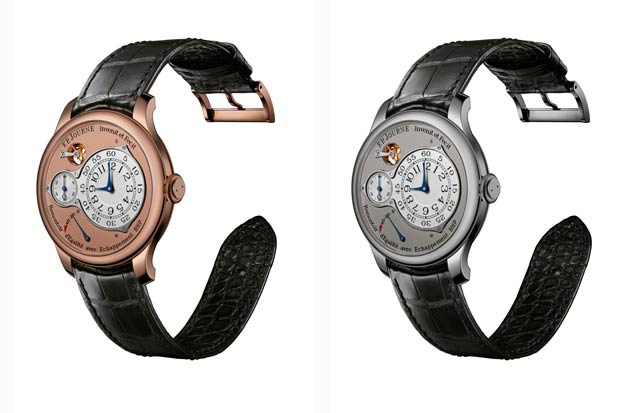 The new masterpiece of the Souveraine collection, the Chronomètre Optimum, joins the iconic timepieces of Haute Horlogerie.Combining a rich knowledge of the history of time with modern technologies and the example set by the great masters, the Chronomètre Optimum most certainly joins the great iconic timepieces of F.P.Journe Haute Horlogerie, in an ongoing quest for precision, innovation and excellence.

The Chronomètre Optimum symbolises the very essence of precision for a wristwatch that incorporates the finest components in the history of watchmaking. 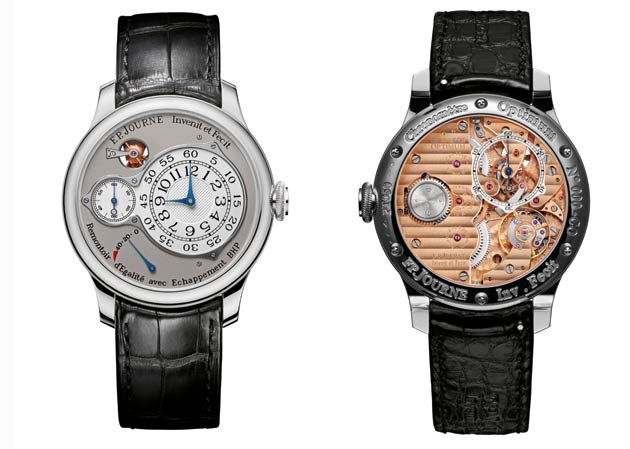 The Chronomètre Optimum encompasses a majority of exceptional components brought together for the first time in one watch: two barrels in parallel, the constant-force remontoire, the new EBHP revolutionary escapement, and the natural dead beat second. The extraordinary technical expertise put into the watch, contributes to its fundamental quality, that of giving the time … with almost complete precision.

The aesthetics of the hour, minute and small second displays and of the 70-hour power reserve are in perfect harmony with the visible wheel of the constant-force remontoir on the face of the dial. The back of the 18ct rose Gold movement reveals, through the sapphire back, a surprising natural dead beat second defined by a seconds circle screwed onto the movement’s bridges.

I designed the Chronomètre Optimum in 2001. It was the first time that I integrated the dead beat second into my constant-force remontoire. This dead beat second can clearly be seen and is natural due to being linked to the one-second remontoire. In this watch the constant-force remontoire is visible while the second hand on the main dial ticks away at a speed of 3 hertz, i.e. 6 times per second (frequency of the escapement).

This watch, in 2004, inspired the Tourbillon Souverain with Dead Beat Second. As I was working on the Octa collection and the various models of these automatic watches at the same time, I was unable to put the Chronomètre Optimum into production. Then other models such as the Sonnerie Souveraine, the Centigraphe and the Répétition Souveraine took up all my time.

The basic premise was to make a watch with less internal friction, a constant force on the escapement to ensure isochronism and an escapement without lubrication to ensure stability.

1) Friction: to reduce friction the two barrels in parallel eliminate the lateral pressure to which the great wheel is subjected and exert a more stable force on the wheel train.

Isochronism: the balance’s oscillation rate must always stay the same. Unfortunately the spiral is always imperfect, making it impossible to achieve this when amplitudes change due to the energy of the spring weakening. The constant-force remontoire (patent EP 1 528 443 A1) achieves constant amplitude for the first 45 hours of power reserve.

Modern escapements are assumed to be self-starting and to have the stabilising features required to deal with arm movement. For this reason the EBHP has an original geometry enabling automatic starting and a configuration of ruby pallets blocking the escapement wheels at a specific angle, similar to the Swiss anchor escapement, enabling “recoil”. This isolates the blocking anchor from the balance in order to stabilise it during movement on the wrist. 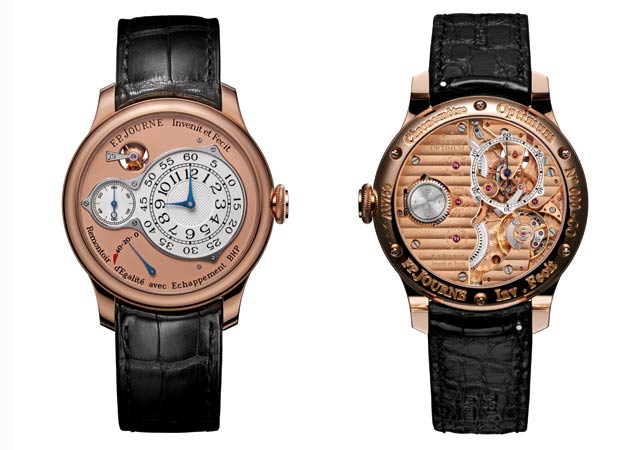 My watchmaking philosophy is to make watches that will still work in 200 years. Those made 200 years ago are still in working order today if they have been maintained regularly. It is for this reason that I only use solid materials that have proven their worth rather than modern materials that will probably be unable to be repaired in a few decades.

Variations in some of the watches from the Souveraine collection:

Dimensions of the Movement: