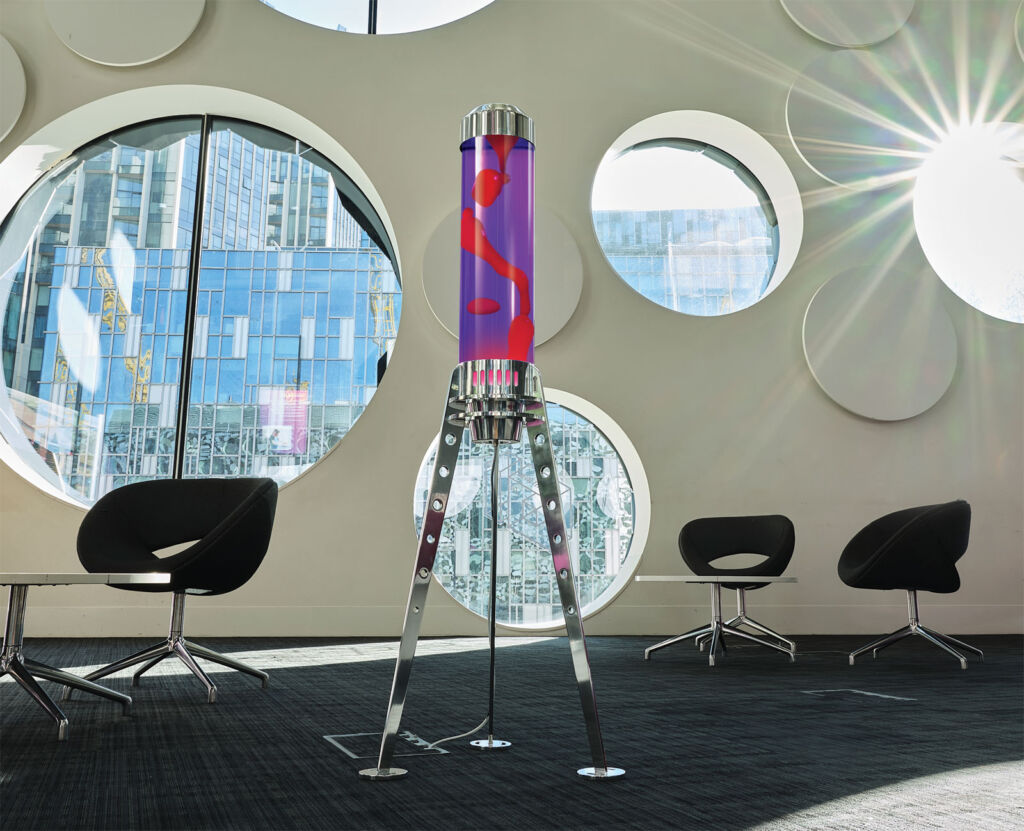 If you’re on the hunt for something a little different to give to that person who seems to have everything, look no further than the Mathmos Saturn Giant Lava Lamp. This extraordinary creation is a whopping 5 feet tall and is pretty much guaranteed to make even the pickiest of people, say, “Wow”.

There’s something rather special about a lava lamp. For some, it’s a connection to the past. For others, it is a calming and mesmerising thing of beauty. Over the years, many of us have become accustomed to seeing lava lamps around one and a half to two feet in height. But the latest release by Mathmos, the Saturn Giant Lava Lamp is so big, it is pretty much guaranteed to raise more than a few eyebrows and become the centre of attention in your home.

Mathmos has been with us for approaching sixty years, and during that time, their creations have become engrained in popular culture. The inventor of the lava lamp was a man named Edward Craven Walker.

To create something as innovative as the lava lamps require somewhat of an extraordinary person, and Edward Walker certainly fits that billing.

Edward, a former World War II pilot, was a man who liked to push boundaries. For example, in the 1960s, he made underwater naturist films and even owned a naturist camp in Dorset! The idea for the lava lamp was born after he saw an egg-timer made by Donald Dunnet in a pub; this inspired him to create the Astro lava lamp. As you can imagine, people in the 1960s had never seen anything quite like it, and before long, it began featuring in television shows such as “Dr Who” and the cult series “The Prisoner”.

How a lava lamp creates its extraordinary effects
Although the effects produced by the lava lamp looks quite extraordinary, the process to achieve this is not as high-tech as you might think. A classic lava lamp contains water in the main container and a waxy substance. Lava lamps also contain a bulb that produces heat, and this causes globules of wax to rise when warmed and fall when it cools down. 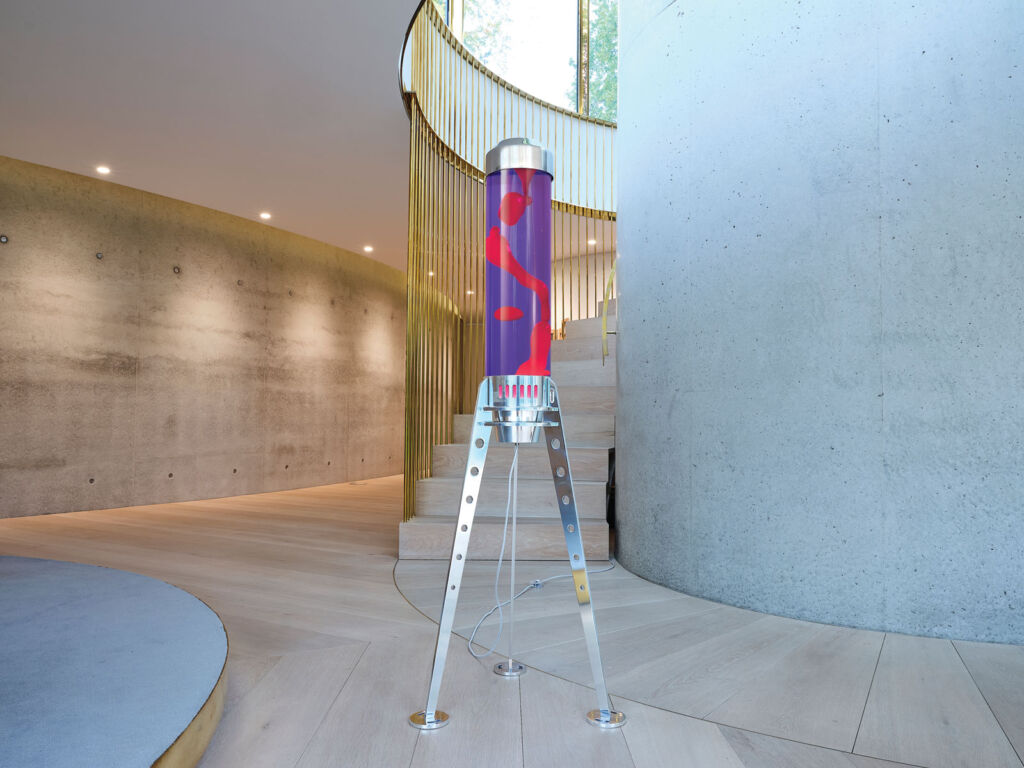 Getting up and running
Even though it stands an impressive 5ft (1.5m), the Saturn giant lava lamp works the same way as its smaller siblings, and the good news is that it’s a straightforward process to get it up and running. The Saturn Lava lamp comes in two boxes, with an instruction booklet and a pair of white gloves. The base is preassembled, and it’s simply a case of placing the lamp unit in the top and popping the bulb in.

The next step is probably better done with two people, and that is placing the glass tube with the liquid onto the stand due to it being somewhat weighty.

Once the glass container has been put into place and the top popped on, you can plug it in, flick the switch and wait to be mesmerised. The Saturn Giant Lava Lamp bottles used by Mathmos are said to last for around 2,000 hours, and other replacements parts are available from the company. It will take approximately 3 hours for the lamp to warm up, and the spectacular display is said to last for around six hours. 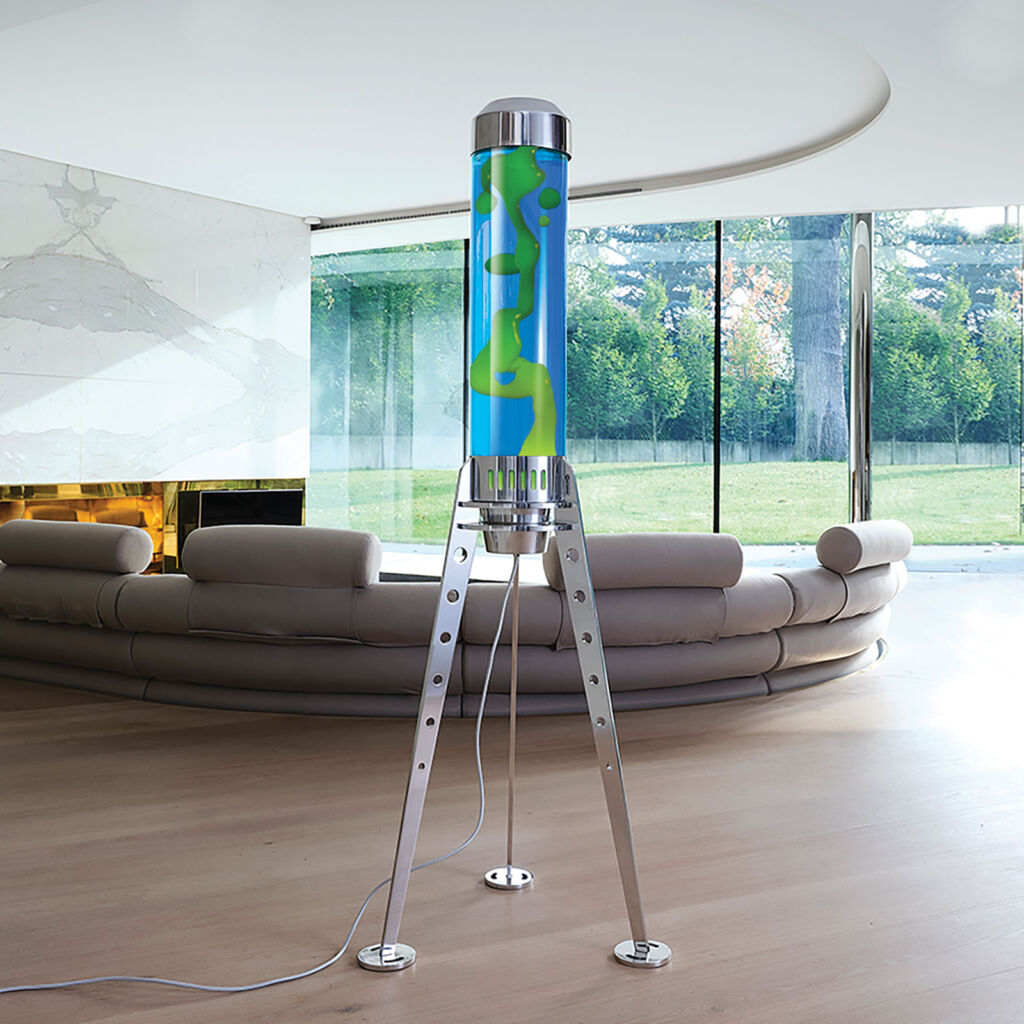 Please note, the first ten Mathmos Saturn Giant Lava Lamp’s are already sold, so you will need to be quick to ensure you get one before the holiday period.