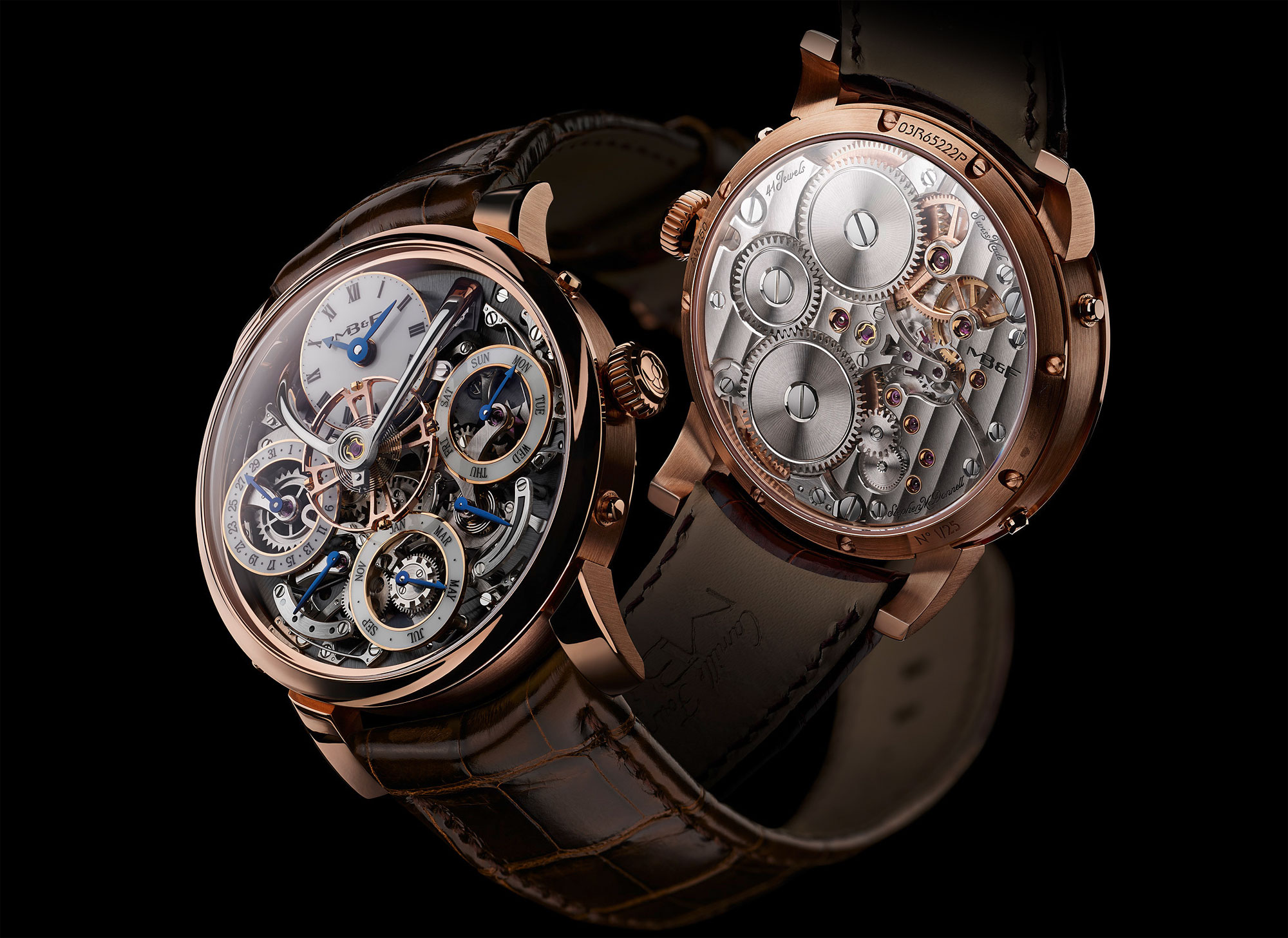 The Legacy Machine collection was first launched in 2011, and the MB&F Legacy Machine Perpetual watch project itself began with a meeting between MB&F owner and creative director, Maximilian Büsser, and the Northern Irish watchmaker Stephen McDonnell.

McDonnell had been a long-time friend of the brand and played an instrumental role in the realisation of MB&F’s very first timepiece named the Horological Machine No.1. As Büsser was thinking of developing a perpetual calendar for the fourth watch in the Legacy Machine collection, McDonnell explained that he had an idea for a perpetual calendar that addresses many of the drawbacks associated with conventional examples. Three years later, the Legacy Machine Perpetual watch was born. 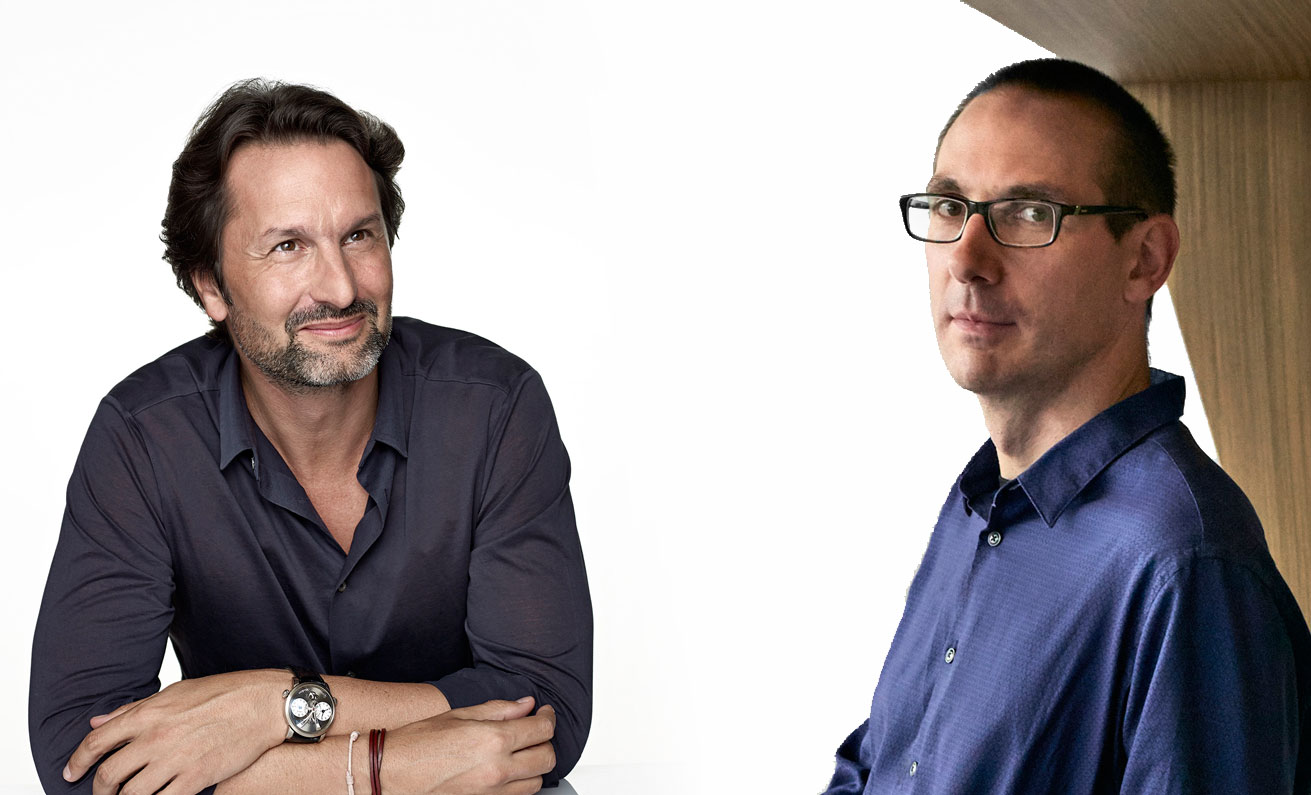 Beginning with a blank sheet of paper, the two individuals have completely re-invented the most traditional of horological complications: the perpetual calendar. The visually stunning in-house movement has been developed from the ground up to eliminate the drawbacks of conventional perpetual calendars. The fact that the new complication looks sensational, and can be fully appreciated dial-side, is just one of the many benefits offered by the new movement which is controlled by a mechanical processor (patent pending).

The Legacy Machine Perpetual watch features a fully integrated 581-component calibre with no module or base movement, but instead, it has a revolutionary new system for calculating the number of days in each month. It also holistically reinterprets the aesthetics of the perpetual calendar by placing the full complication on dial-free display underneath a spectacular suspended balance. 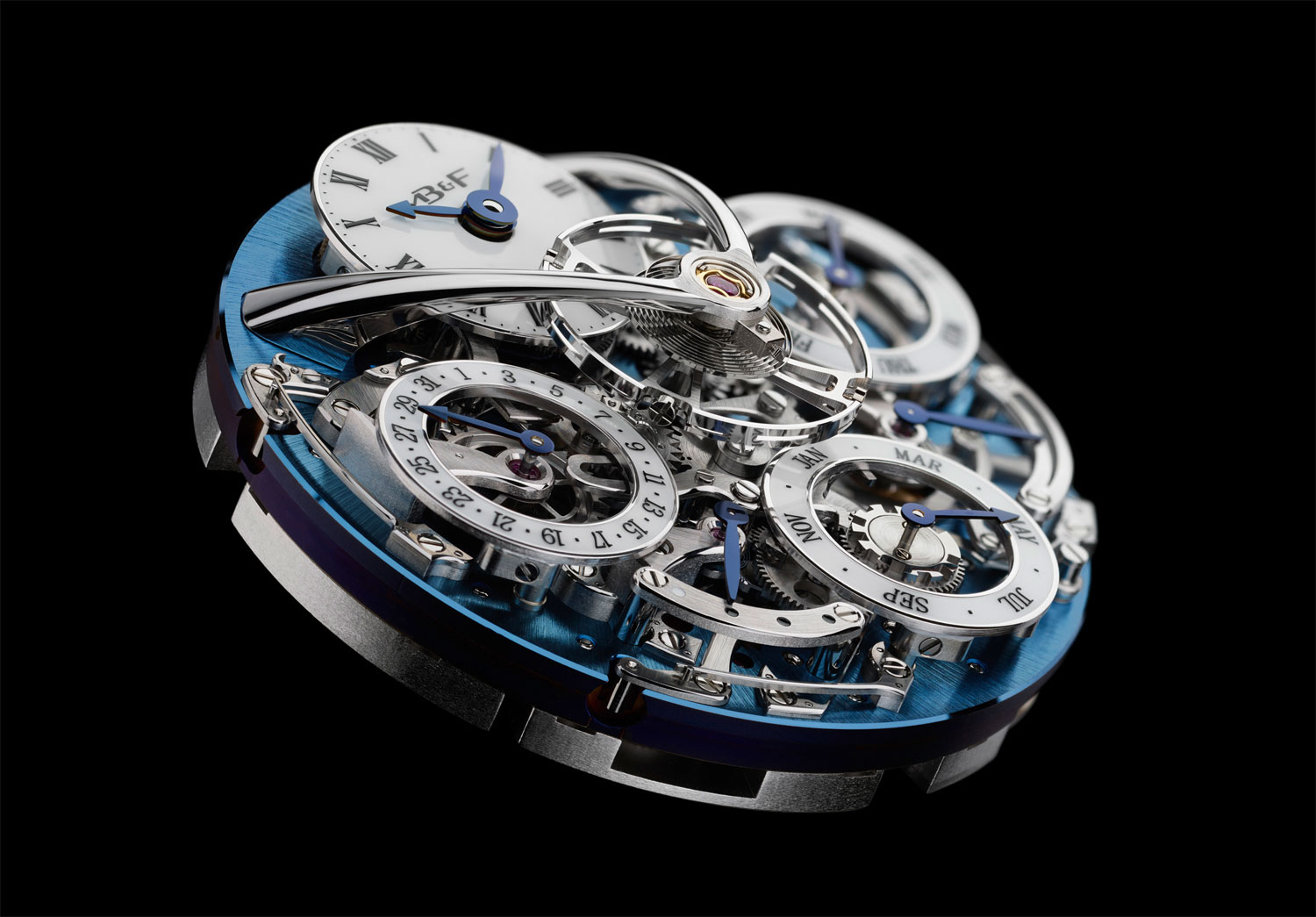 The perpetual calendar is one of the great traditional complications, calculating the apparently random complexity of the varying numbers of days in each month – including the 29 days in February during leap years. But traditional perpetual calendars do have a few drawbacks: dates can skip; they are relatively easy to damage if adjusted while the date is changing and the complications are usually compromises of modules powered by base movements. These days are gone, as the fully integrated, purpose-built movement of Legacy Machine Perpetual has been designed for trouble-free use: no more skipping dates or jamming gears, and the adjuster pushers automatically deactivate when the calendar changes, so no problems there either! 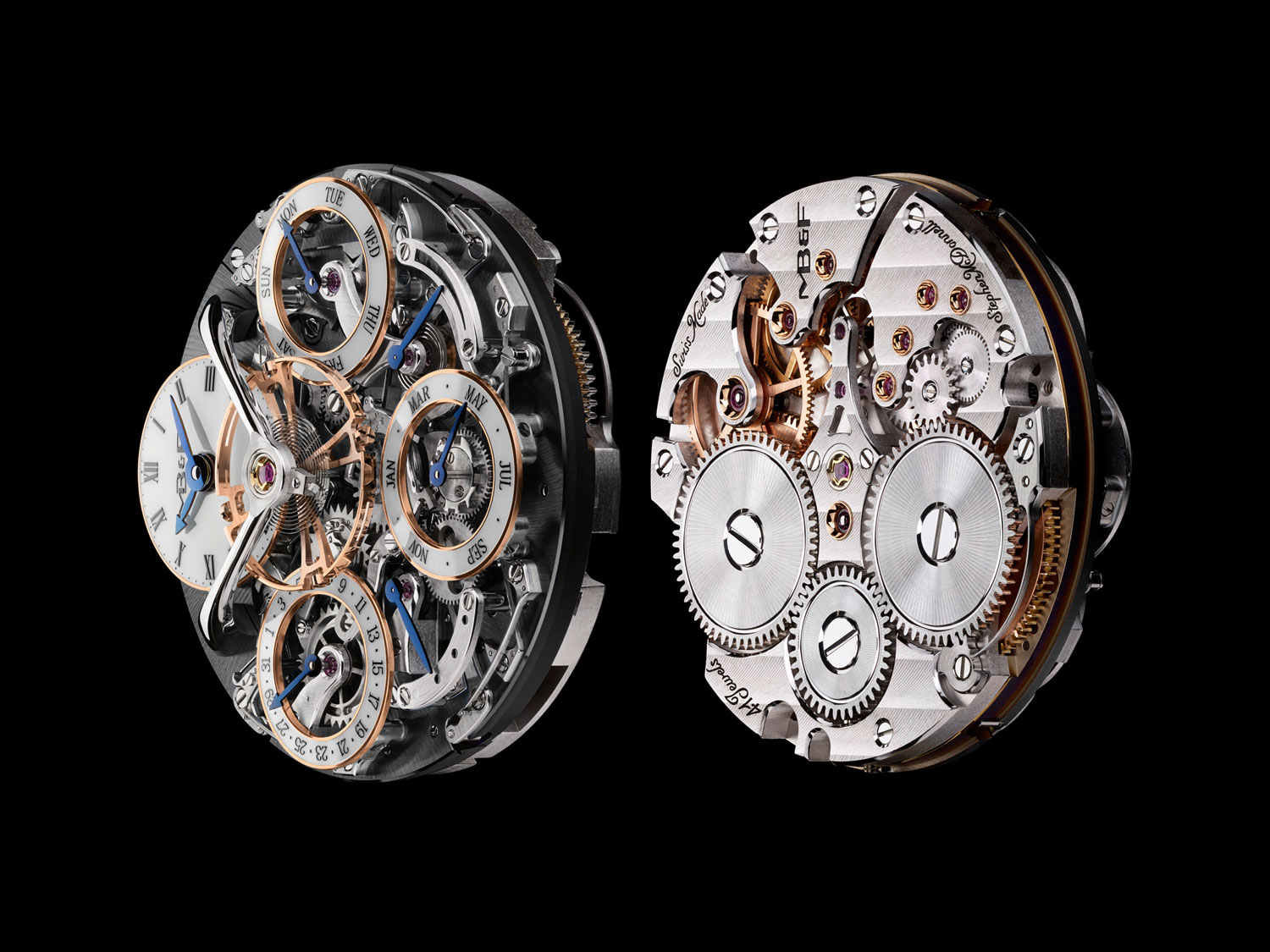 LM Perpetual turns the traditional perpetual calendar system on its head by using a “mechanical processor” instead of the conventional space-consuming grand levier (big lever) system architecture. The mechanical processor utilises a default 28-day month and adds extra days as required. This means that each month always has the exact number of days required; there is no fast-forwarding or skipping redundant days. And while the leap year can only be set on traditional perpetual calendars by scrolling through up to 47 months, LM Perpetual has a dedicated quickset pusher to adjust the year.

With its open dial revealing the full complication and suspended balance, it’s the harmonious mechanical beauty of the Legacy Machine Perpetual watch that really steals the show. And in an interesting technical twist, that eye-catching balance hovering on high is connected to the escapement on the back of the movement by what is likely to be the world’s longest balance staff.

Using an innovative system developed especially for the Legacy Machine Perpetual watch, the skeletonised sub-dials appear to “float” above the movement with no visible attachments. They rest on hidden studs, which is technically impossible with traditional perpetual calendar mechanisms because they would block the movement of the grand levier.

MB&F Legacy Machine Perpetual watch – Where and how

The MB&F Legacy Machine Perpetual watch is available in a limited edition of 25 pieces in 18K 5N+ red gold and 25 pieces in platinum 950. 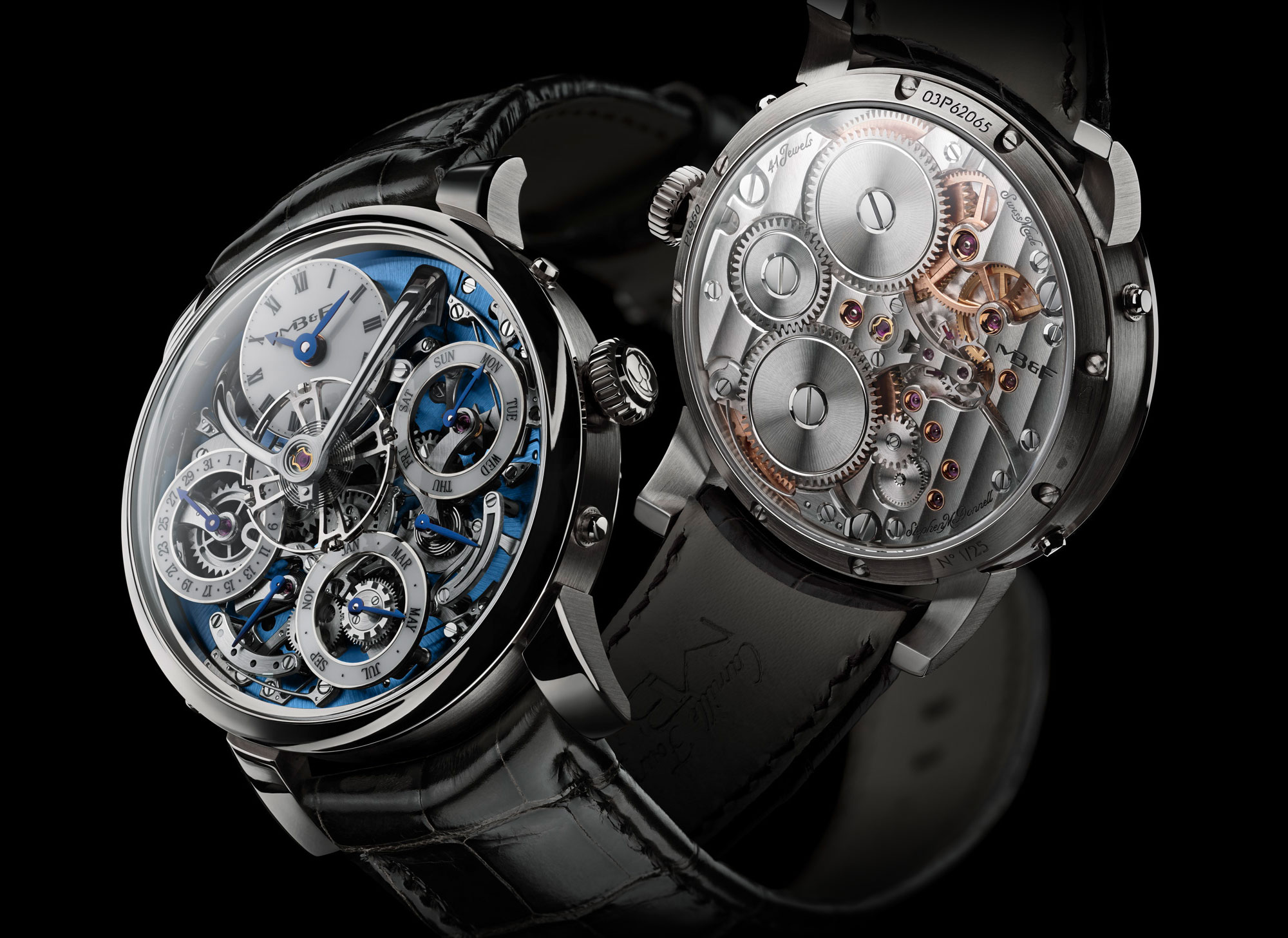