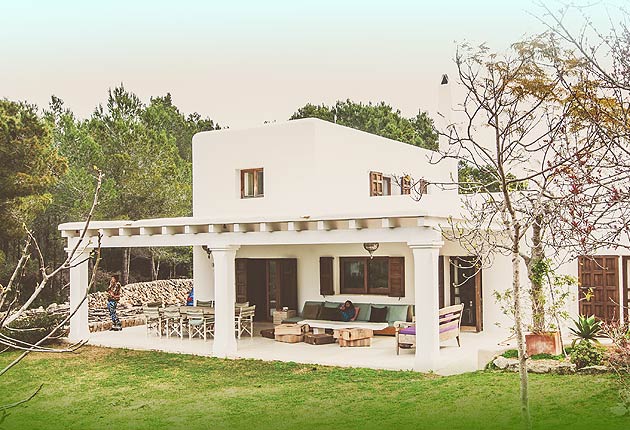 Ibiza is notorious for its trance parties and hedonistic culture but this little island was known for its spirituality. In fact once upon a time, Ibiza was a spiritual and magical place.

The Cathargians first descended there in 654 BC and much of the island’s magic comes from its sense of age and mythical history. Fast forward to the 21st century, and it still holds that spiritual heritage and is home to the third most magnetic place on the earth after the north and south pole. People often call it ‘Magic Island’ and speak about the ‘Spirit of Ibiza.’ It’s not a surprise then that to this day, health conscious folk are attracted to this island and a growing number of retreats have set up camps here in recent years. 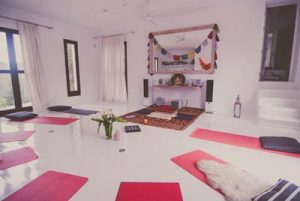 With my hardcore partying days over but still wanting to travel to Ibiza, I decided to take part in a week long luxurious Kundalini Yoga and Meditation retreat with Soul Adventures run by Trish Whelan. But unlike most yoga retreats that encourage you to entangle your body in complicated postures, this discipline is a lot more spiritual. Based on the Sikh scriptures, kundalini yoga is known to have been brought to the west by spiritual leader Yogi Bhajan. His vision was to bring about a deeply spiritual state of mind and inspire them to keep up and live in their highest state of mind.

After hopping from Egypt to London and then to Ibiza, you’d think the last think I wanted to do was to practice yoga. I decided to dive straight in for the evening session of Trish’s class, and within minutes of arriving at the retreat, I joined several others in a room enriched by incense sticks and took my place in a circle amid fellow retreaters. Some had come along to stay at the retreat and others were attending the twice daily sessions.

As I closed my eyes and listened to the opening mantra, I immediately felt connected. Not only because I’m a fan of mantras, but because I actually grew up with them thanks to my Sikh faith. I could sit for hours listening to them during visits to the Sikh Gurdwara. ‘Waheguru Waheguru Waheguru‘, went the chant and I felt myself go into a deep state, into my spiritual mind, and dare I say, back to my childhood. Trish explained how the mantras help to open you up for the experience and that we were to go with the flow concentrating on the ‘here and now’.

Sitting cross legged for most of the poses, we moved from one exercise – known as ‘kriyas’, to another. As this was the evening session, I found the kriyas relaxing, but it wasn’t until the morning that I realised much more hard work was to follow. 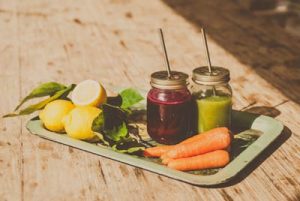 So before breakfast, without any food, just some hot water and lemon, we were back in the studio, to practice our first set of kriyas for the day. Trish said we would be working on a set of kriyas on per body part to help move the energy though the spine over the course of the week. After the opening mantra, the real exercises began. We moved from one kriya to another and I soon realised that they varied from really intense to relaxed. During these exercises we were encouraged to push ourselves, to block the mind chatter that tells us we can’t do it, and move with the experience. And just when I thought I couldn’t hold my attention or hand in a certain position, I heard Trish’s voice coming through saying, ‘I can and I am’ as if she were speaking specifically to me. On my third day of practicing, I managed to sit cross legged, holding one arm out palm facing up with the other by my shoulder for a full 11 minutes! With kriyas having their own purpose – some for stimulating creativity, others for peace of mind and some to fuel sexual creativity – this one commands intuition. 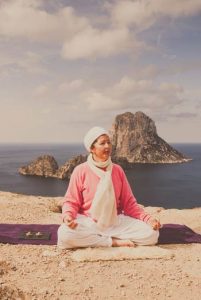 Food is of equal importance at the retreat, as is the yoga. In fact, it’s an integral part of the experience and just like the yoga nourishes the body, mind and soul, so does the food. Our wholefoods chef Aline Dijkhuis of Soul Cuisine said that during a yoga retreat, the body is sensitive and therefore one must eat in line with the process that you are in. ‘The meals support each chakra you are working on every day,’ Aline informed us as she served up delicious meals of vegetables, grains, peas and seaweed at each meal. She also told us that certain foods had special traditional significance’s. Rice for example, has been used to help make important decisions over the centuries. The food was so good, that I didn’t miss meat at all and I actually looked forward to meal times. And I was pleased to take my time over them too as Aline had told us that chewing food properly was not only good for digestion but helped massage the brain too.

Trish had told us from the onset that kriyas are very intense and can conjure up all sorts of emotions in the individual. And although I was sceptical at first, it wasn’t until halfway through my kundalini experience that I found myself come over all emotional during a morning session. I was happily listening to a favourite mantra of mine when I felt a tear trickle down my cheek. I wiped it away thinking perhaps my eye was just watery but then suddenly more tears followed. I just couldn’t stop and tried to fight them. Defeated, I allowed myself to have the experience. Once again remembering Trish’s words echoing ‘allow yourself to feel the experience.’ It was confusing because I wasn’t upset at all, or at least I didn’t think so. But the feeling of relief I had afterwards was immense. I felt as if a massive burden had been lifted off my shoulders. 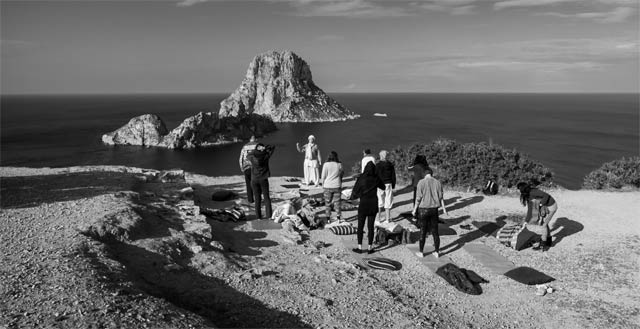 Day five was one of my best as the group took a trip over to Atlantis for one of our morning practices opposite the magical rock of Es Vedra – the third most magnetic point on the planet. We meditated, carried out a short kriya, and reflected on ourselves as we slowly watched the sunrise. It was truly a magical experience in which I felt connected to nature. It’s one experience I will hold dearly. 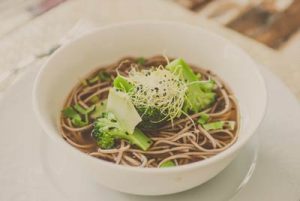 During the course of the week, Trish held workshops which were designed to teach us about chakras, shamanic healing practices, the importance of food and energy management. There was also an individual Reiki session for each member of the group and plenty of time for relaxation in the afternoons to sit, relax or just read something positive.

I learned a lot during this week and would highly recommend anyone wanting to invest some good quality time in themselves to come to Soul Adventures Kundalini Yoga and Meditation Retreat. Unlike others retreats where you feel like a hippy on a spiritual journey looking for answers, it felt more like a place where you could really let your hair down and enjoy the experience and enjoy just being you.

To book yourself on the retreat or for more information log on to https://www.souladventures.co.uk/ 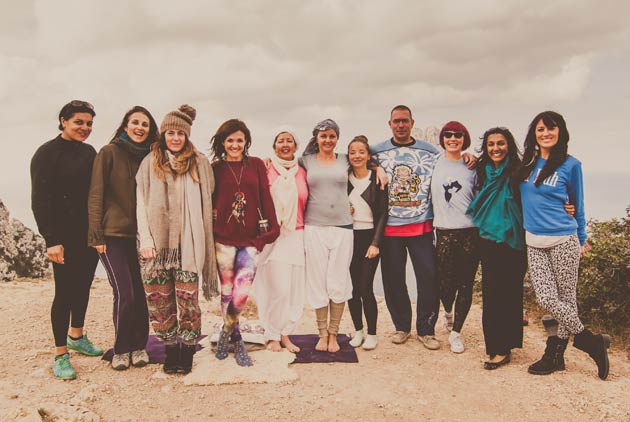