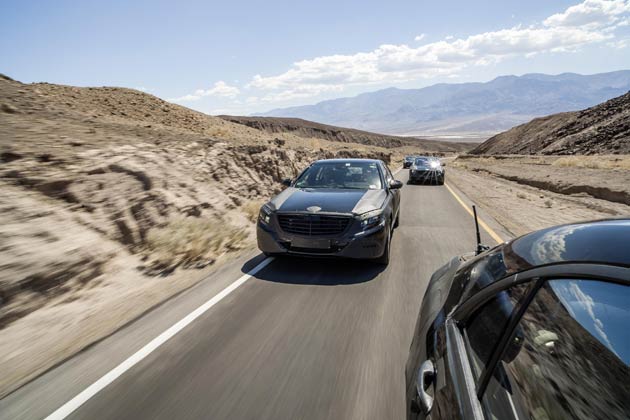 It first started ten years ago with PRE-SAFE® and continued with DISTRONIC PLUS, and in the space of the next few years it’s due to take motoring into a whole new dimension at Mercedes-Benz: comfort and safety merged together as one, opening up all sorts of new prospects for motorists and car developers alike. Mercedes-Benz calls it “Intelligent Drive” – the next generation of the new S-Class will already boast an array of new systems designed to make driving an even safer and more comfortable experience.

Ever since the brand’s earliest origins, the current flagship model from Mercedes-Benz has assumed a very special role – not just for the company,but for the automotive world as a whole. Because the S-Class has never ceased to keep raising technological standards, it has come to be a role model with symbolic status. A decade ago, PRE-SAFE® ushered in a new era of vehicle safety with the advent of technology that was able to detect the risk of an accident occurring in advance and prepare both vehicle and passengers for a possible collision. For the first time, active and passive safety technology worked together in synergy. 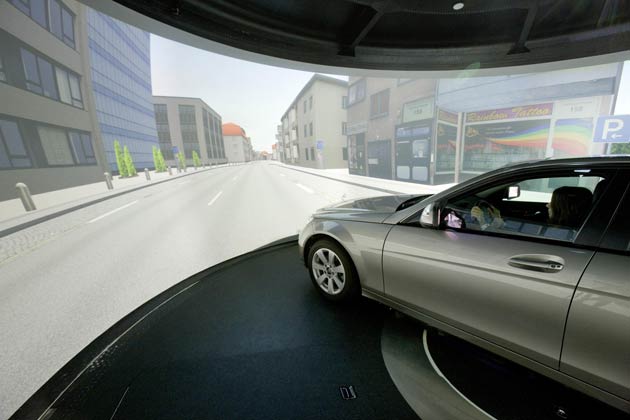 The next S-Class, which is receiving its premiere next year, will once again play its part as a trailblazer, as clearly exemplified by a preview of its innovative safety, assistance and lighting systems at the “Intelligent Drive” TecDay.

“The intelligent assistance systems of the future will be able to analyse complex situations and recognise potential dangers out on the road with the aid of improved environment sensor systems even more accurately than today,” explains Prof. Dr. Thomas Weber, Member of the Daimler Board of Management responsible for Group Research and Head of Mercedes-Benz Cars Development. “Figuratively speaking, the next S-Class won’t just have eyes at the front; it will have 360-degree all-round vision.” Of crucial importance in this respect is the networking of all systems, or “sensor fusion” as the safety experts call it. Mercedes-Benz is continually enhancing the performance capabilities of its assistance systems with the aim of ensuring comprehensive protection, not just for the occupants of a Mercedes-Benz, but for all other road users, too.

The new systems hold tremendous potential for either preventing accidents or mitigating their consequences according to Prof. Weber: “Take, for instance, the new BAS PLUS assistance system with Cross-Traffic Assist. The results of our accident research based on the data from the GIDAS (German In-Depth Accident Study) indicate that it couldeither prevent or lessen the severity of 27 percent of all accidents at road junctions resulting in personal injury. That equates to some 20,000 accidents a year in Germany alone.”

Here is a summary of the new assistance systems and those with notably enhanced functionality:

The safety experts from Mercedes-Benz developed and fine-tuned the new safety systems during countless test runs, but they also proved their effectiveness and acceptance with test subjects in the in-house “Moving Base” driving simulator. With its 360° screen, fast electric power system and the twelve-metre-long rail for transverse or longitudinal movements, the simulator is one of the most powerful of its kind in the entire automotive industry. 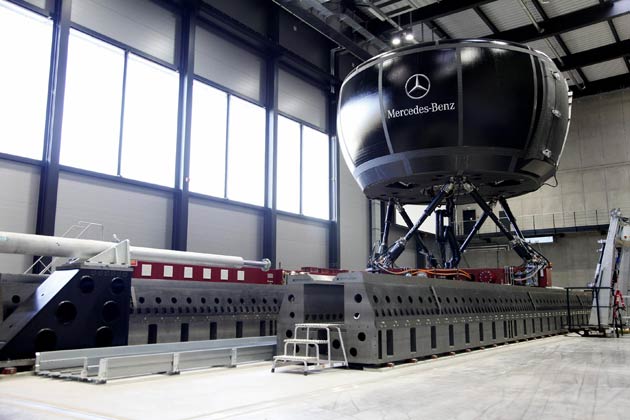 In addition to this, Mercedes-Benz is further increasing protection for passengers in the rear with the active seat-belt buckleand thebeltbag. In contrast to many other manufacturers, the seat belts in the rear already include belt tensioners and belt force limiters today.

The new S-Class will also live up to its pioneering reputation when it comes to lighting technology. It is the first vehicle in the world to do without a single light bulb as standard. “With its long life and a headlamp colour temperature resembling daylight, LED technology already had a great deal in its favour,” remarks Prof. Weber. “Now, though, our engineers have made great advances where energy efficiency is concerned too, reducing power consumption to a quarter of that of conventional headlamps.” The lighting’s multi-level functionality is another world first: out of consideration for any road users behind, the intensity of the brake lights is reduced at night-time or while waiting at traffic lights.

More information on all these new systems can be found on the new Mercedes-Benz UK Media Website –  www.mercedes-benz-media.co.uk