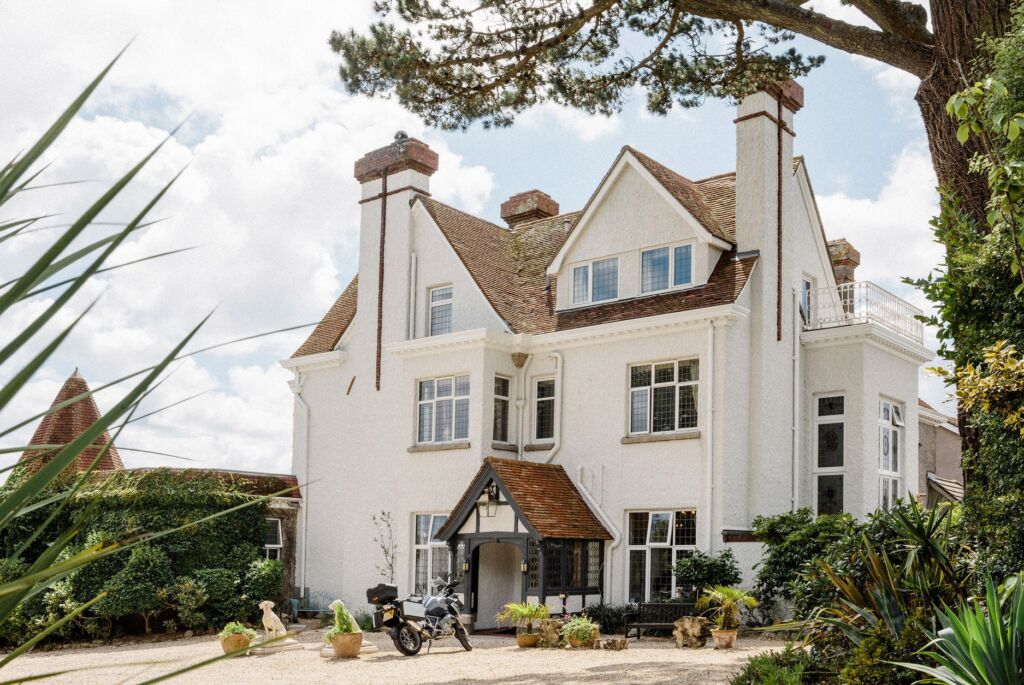 Merchants Manor Hotel & Spa in Falmouth is striding forward once again, taking accountability for their sustainability initiatives by installing an ultra-electric vehicle charging point on the hotel grounds.

Chargemasters “Next generation” rapid charge point, is capable of charging most electric vehicles up to 80% in under 30 minutes, with a capacity to charge two vehicles at any time. To show off the true potential of this new service Merchants Manor teamed up with Audi Truro to show off the state-of-the-art Audi E-tron. 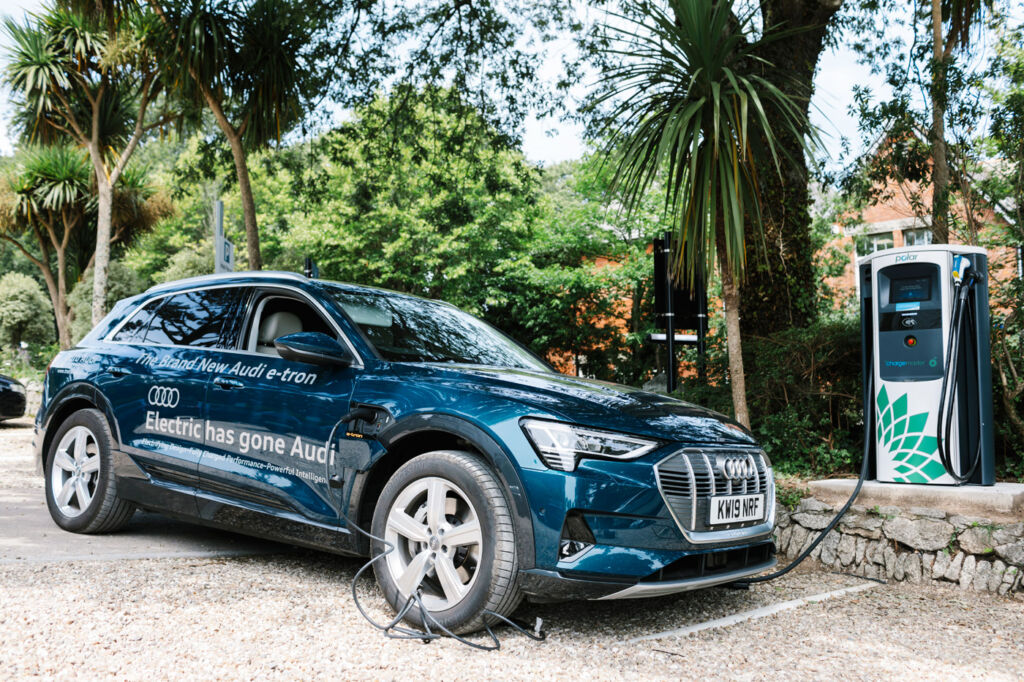 The Audi E-tron sporty five-seat SUV has a range of more than 248 miles in the WLTP driving cycle, and its all-wheel drive is powered by two electric motors, which generate 300kW of power.

Customers can enjoy fully electric driving without having to compromise. Pop in for a bite to eat or work up an appetite in the gym and pool. Merchants Manor Hotel & Spa and Rastella Restaurant is the perfect spot for both car and human to recharge the batteries. 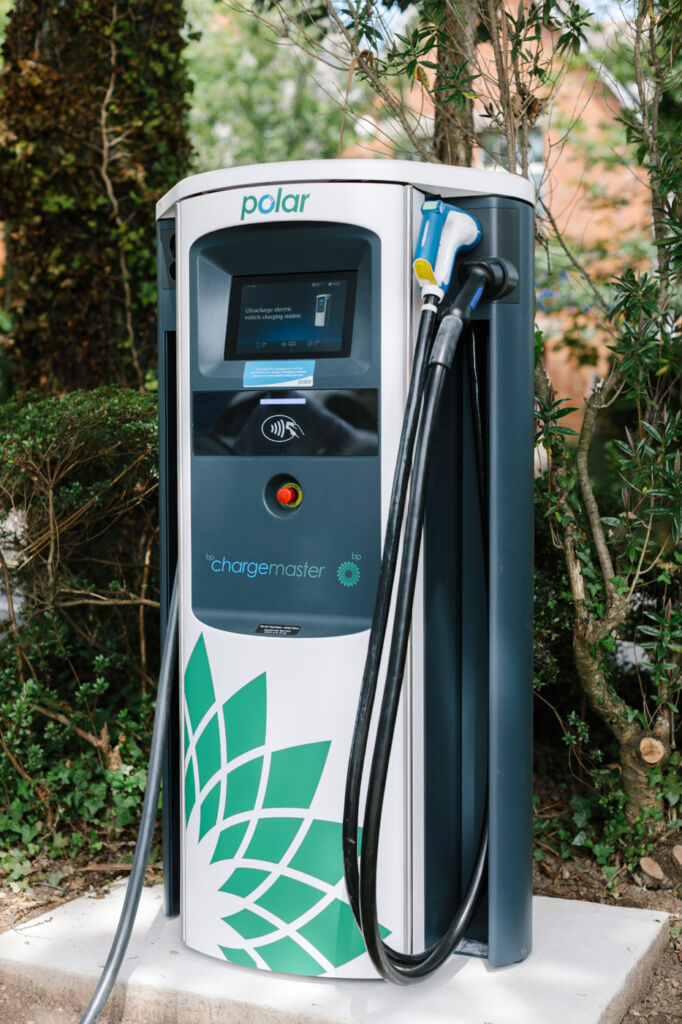 Sioned Parry-Rudlin commented “There is no doubt that electric vehicles are part of the future and part of the solutions to the environmental problems we face, with its fast charging times and easy access it means anyone from overnight guest to those just popping in for a quick swim will be able to fully recharge their car in no time, working with Chargemaster also means that all energy provided is from renewable sources”.

The team from charge master commented “Merchants Manor hotel has installed a BP chargemaster rapid charger at their boutique hotel and spa for grown-ups. This 50kW ultracharger offers Type 2 charging cables built-in, enabling multiple electric vehicles the ability to charge on the unit. This charger will be available on the Polar network (the largest public charging network in the UK). To access this charging point, join the Polar membership scheme or access it on our Pay as you go app; Polar Instant. All the electricity supplied on the Polar network is renewable. 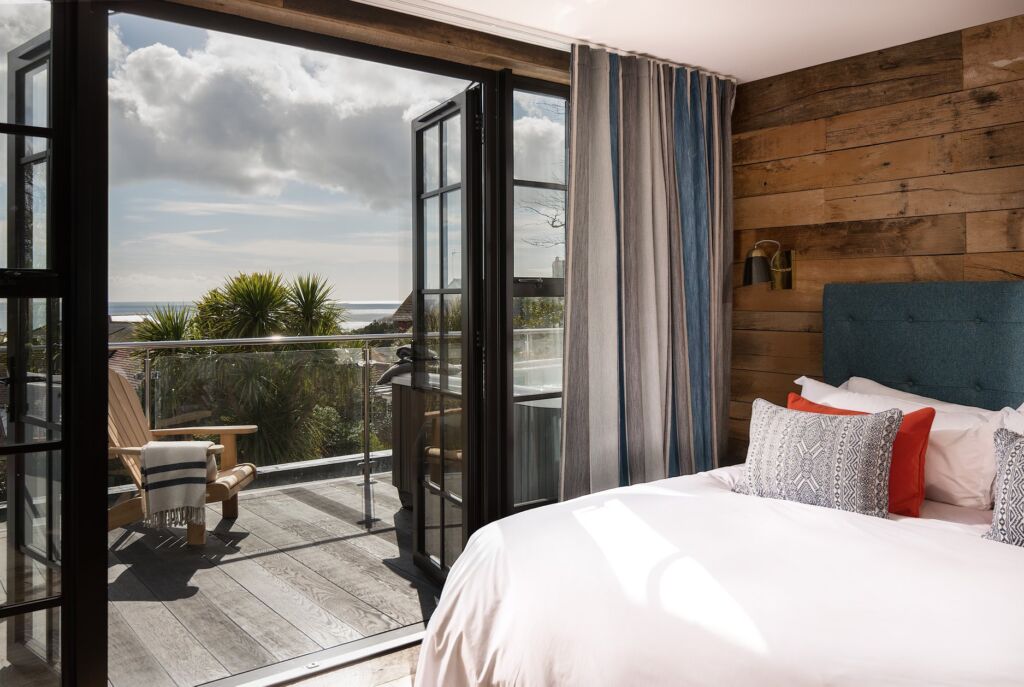 Merchants Manor Hotel & Spa proudly became the first hotel in the UK to join The NOW Force for Good Alliance. The first global community that brings hospitality business and the traveller together in one place to make a difference to the environment, the community and the way we travel.

Making true to their promises towards their environmental policies, alongside the new charge point there’s a buzz of new developments such as the recent installation of a Cornish Black Beehive. The new hive nestled at the bottom of the subtropical garden is home to over 25,000 bees. Guests can tuck into their very own homemade delicious golden nectar when they dine at Rastella this summer.

Merchants Manor – Where and how?