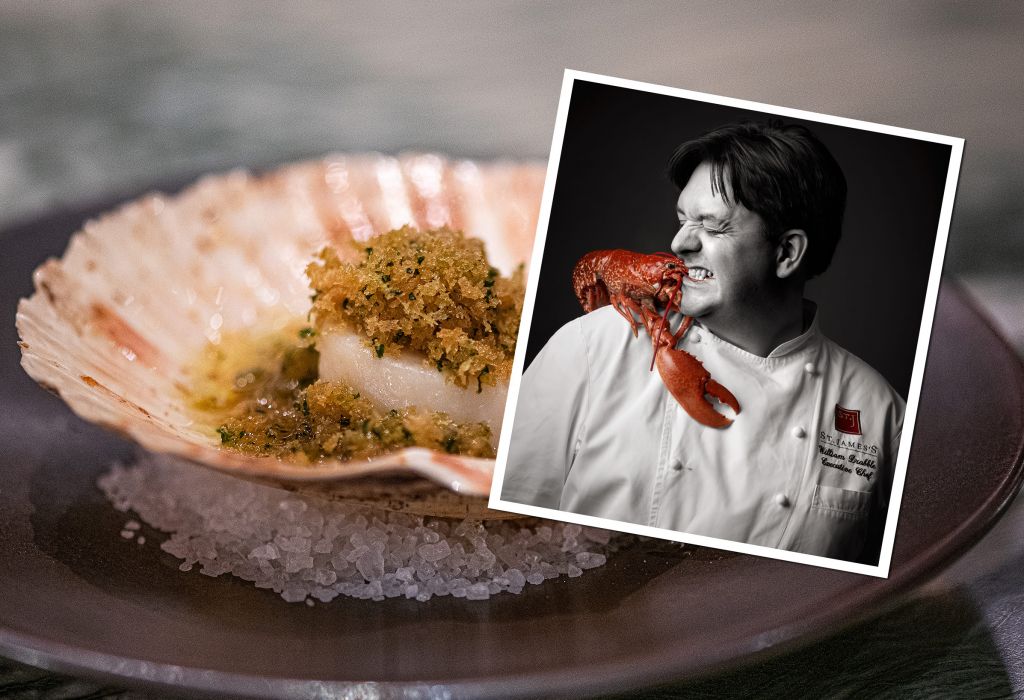 After a decade of having clientele pass through its doors, the Michelin-starred Seven Park Place by William Drabble at the St. James’s Hotel and Club underwent a complete refurbishment and re-opened on the 12th of November last year. 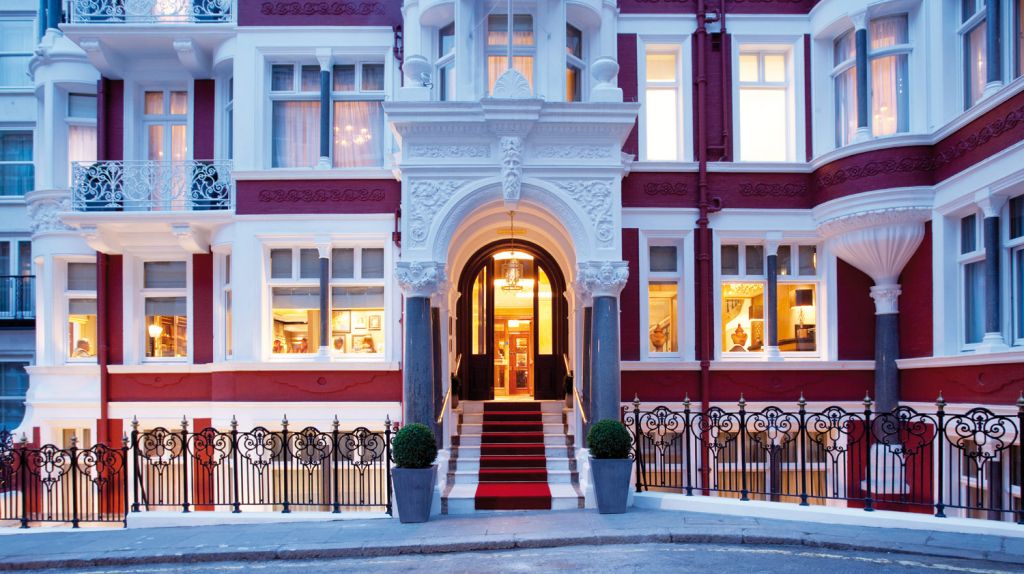 The result is a sophisticated environment inspired by the Art Deco period, with floral motifs and artwork adorning the walls, whilst a separate wine tasting room was also added during the works.

Having visited this highly acclaimed eatery prior to the renovation, the restaurant has a far more spacious, light and comfortable feel to it, thanks to the use of plush velvet dining chairs and luxurious textiles. 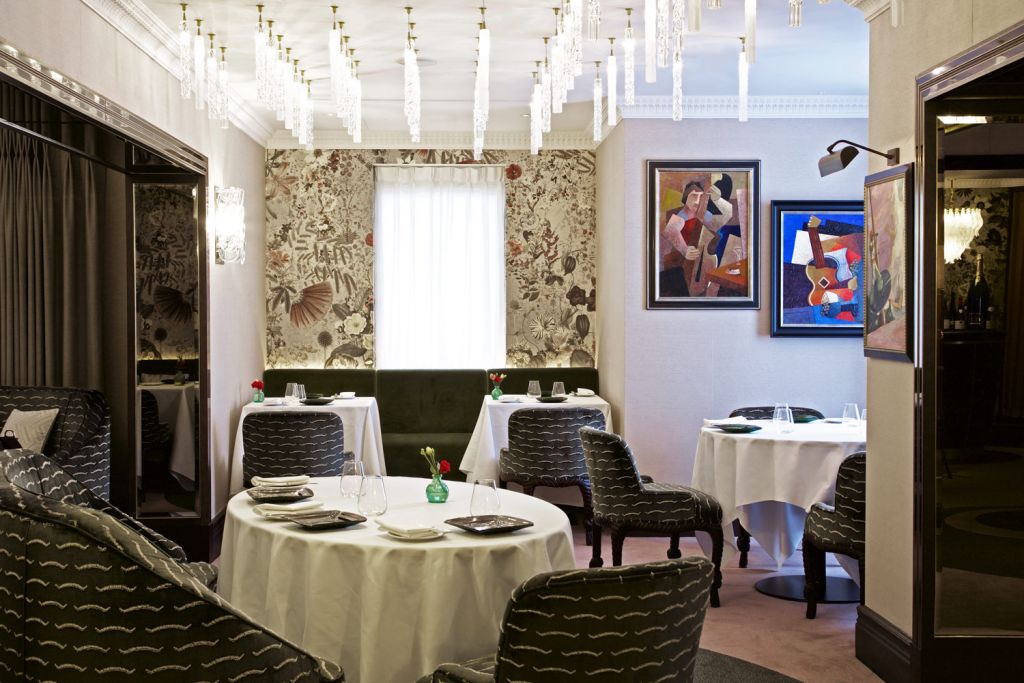 We sat at a round table in a bay window, which looks out on to the central area of Seven Park Place. It’s apparently in such high demand that it’s often requested in advance.

The kitchen remains under the watchful eye of the very talented Executive Head Chef William Drabble (main image), who has overseen all aspects of dining at the hotel for more than 10 years. He has also been responsible for the new take on some of the restaurant’s signature seasonal dishes in line with the re-launch. 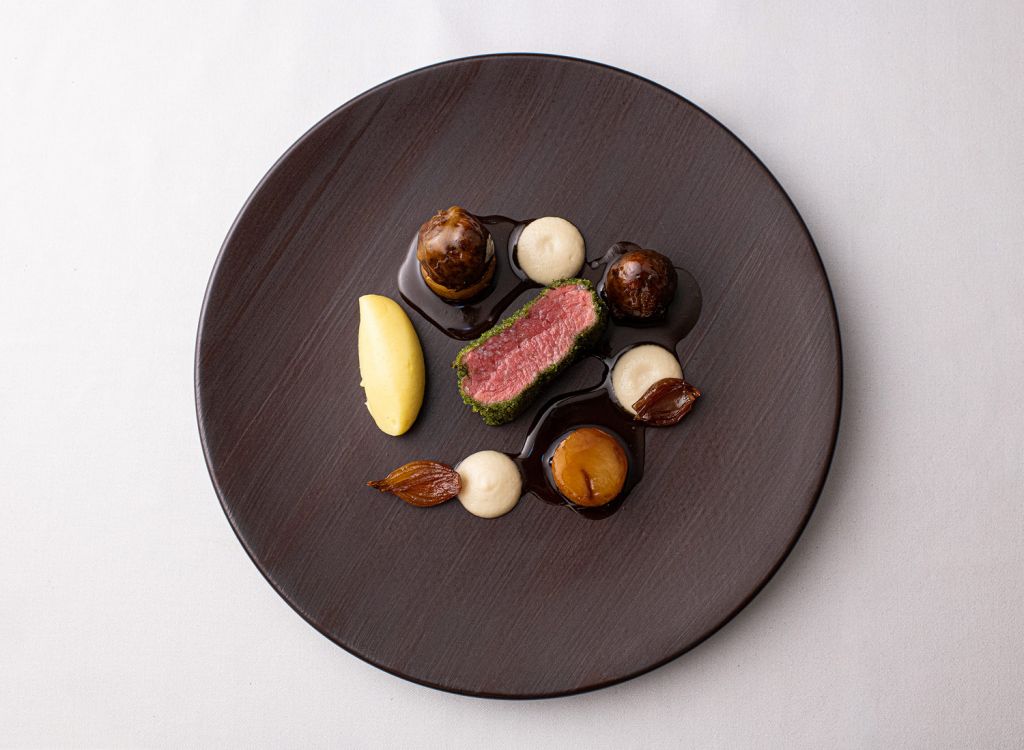 We visited on a Wednesday night, and for dinner, there’s the option of choosing the six-course tasting menu (£110 per head), two courses (costing £65 per person), or three courses (priced at £75 per head) from the à la carte. Vegetarian and vegan options are available on-demand, and all intolerances and allergies are taken very seriously thanks to everything being freshly prepared.

The other nice touch at this establishment is the pairing of wines to match the flavours of your chosen dishes, although this naturally comes at an additional cost to diners.

Before you really get started with dinner, amuse-bouches are certainly not in short supply here. Our first taste of what was to come, was a thin black slate furnished with three different canapés. These were namely salmon tartare with crème fraîche, mackerel with grape chutney, and beetroot, apple and hazelnut perched on an endive salad leaf (by the far the hardest one to eat).

This was followed by a delightful bowl of cauliflower and truffle soup, plus some crusty fresh white and brown bread with two small domes of butter. One was salted Bungay raw butter from Suffolk, whilst the other was made with chilli. 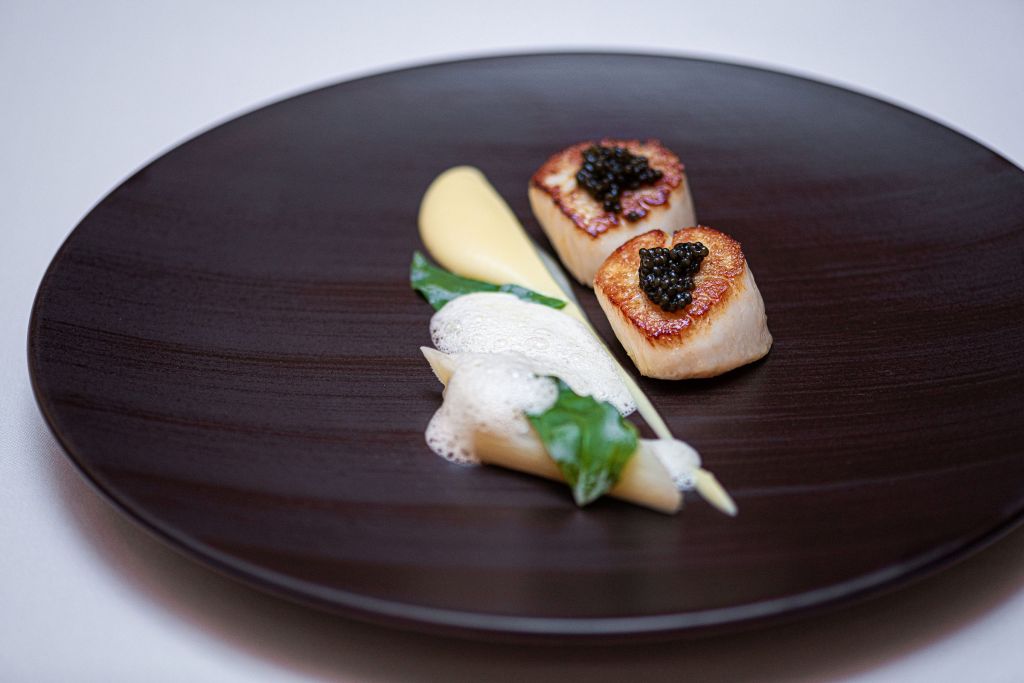 The hors d’oeuvres on the à la carte are largely seafood and meat-based, where the listed options count slow-cooked pork, Dorset Blue lobster and roast quail. With my guest and I not able to partake in any of these dishes, we turned our attention to the alternative plant-based menu.

With a crisp fruity Riesling within reach, I tried the spaghetti of courgette. Lying on a bed of tomato sauce and black olives was a near pyramid shape of thin strips of al dente courgette topped with battered courgette pieces, so it was as far removed from pasta as you could get. It was, however, an interesting concoction and cleverly presented.