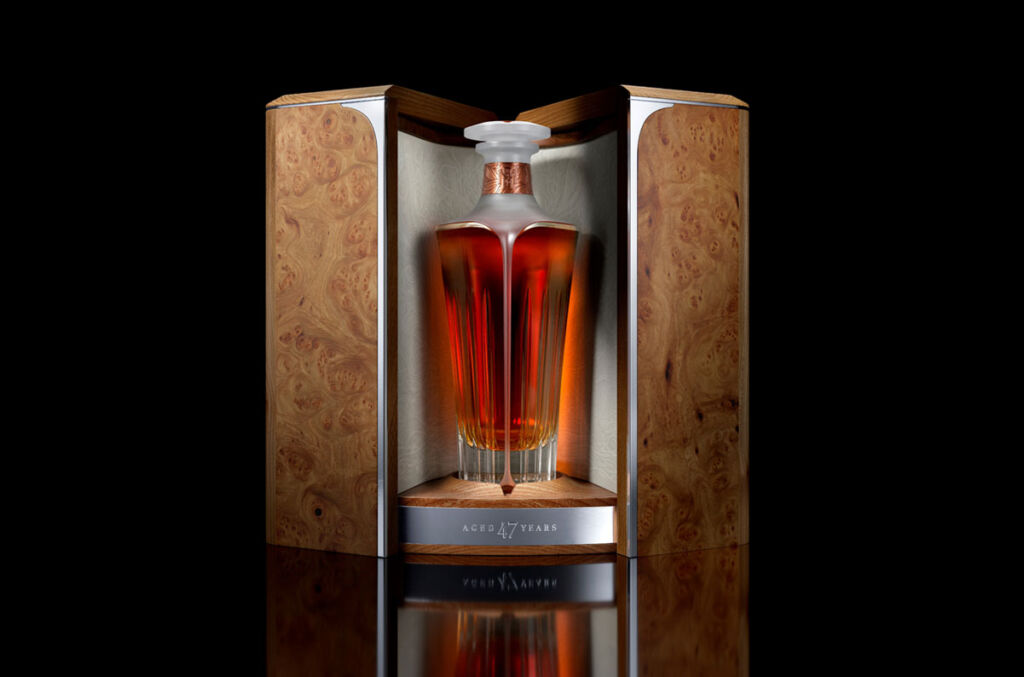 Irish Whiskey Distillers Midleton Very Rare Silent Distillery announced the Third Chapter in their Odyssey on 26th April at the stunning Adare Manor in Ireland. I was invited to attend the special event and had a magical time sampling the Irish Whiskey surrounded by the people involved in bringing this magnificent creation to life.

26th April 2022, in a Cavern under the world-famous Adare Manor in Ireland, I am attending the launch of Midleton Distillery’s oldest Irish Whiskey. Candles light the small room, and a glass of 47-year-old Chapter Three Whiskey is on the table. Kevin O’Gorman, Master Distiller at Midleton Distillery, explains the history of the Very Rare Whiskey. Kevin is only the fourth person to hold the title of Master Distiller of Midleton, and he lives and breaths Whiskey. Passion oozes out of him with every sentence.

Chapter Three is a superior 47-year-old whiskey created by blending two different whiskeys. One matured in an ex-sherry butt and the other from an ex-bourbon barrel. The two whiskeys were laid down in 1973 and were blended before bottling to give the Whiskey an extraordinary flavour. The product of this union now comes to fruition with 97 bottles costing £42,500 each. 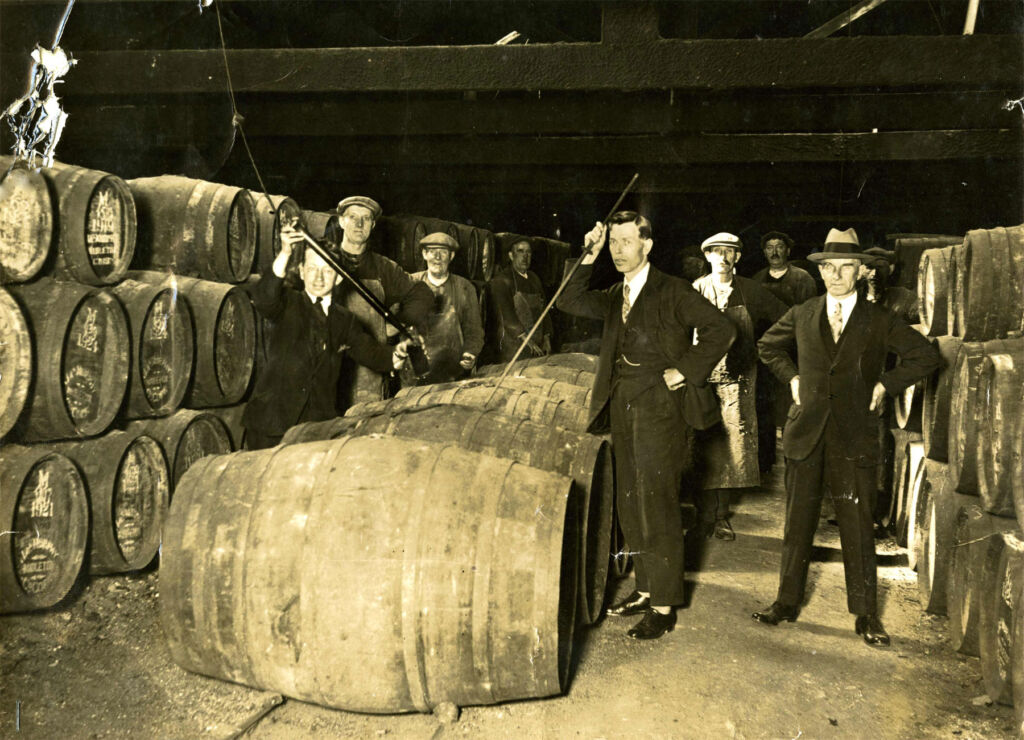 You are getting an Ultra rare Whiskey from a Distillery that has gone silent, never to produce Whiskey again. The fantastic handcrafted Waterford crystal bottle comes in a piece of art hewn from a specifically chosen tree. Burr Elm, an ancient wood, is as scarce as Chapter Three, enveloped by the beautiful carpentry selected as the markings mimic the flames that once heated the old pot still.

John Galvin, an Irishman now residing in Glasgow, wanted to do justice to the Whiskey and the people who toiled over its production, especially the Fire Men who kept the fire going under the giant pot in which the alcohol was distilled.

John Galvin Designer of the Presentation Cabinet, said, “Midleton Distillery embodies Irish heritage, and this new Chapter based around the element of fire inspired our team at John Galvin Design when sourcing materials and designing the cabinet for the bottle. Our craftsmen have used the rich coloured Burr Elm wood for the wooden case to reconnect us to our land and origins.”

Midleton Very Rare Chapter Three from the Silent Collection was produced in Midleton Distillery, Co. Cork, Ireland. It operated from 1825-to 1975, and the Silent Distillery collection will span from 45 to 50 years old when the final Chapter Six launches in three years. The bottles envelop the last drops of this formidable spirit before the Distillery closed and went silent.

The range started in 2020 when Midleton launched Chapter One and will end in 2025, with Chapter Six marking the 200th anniversary of the foundation of the legendary Old Midleton Distillery. 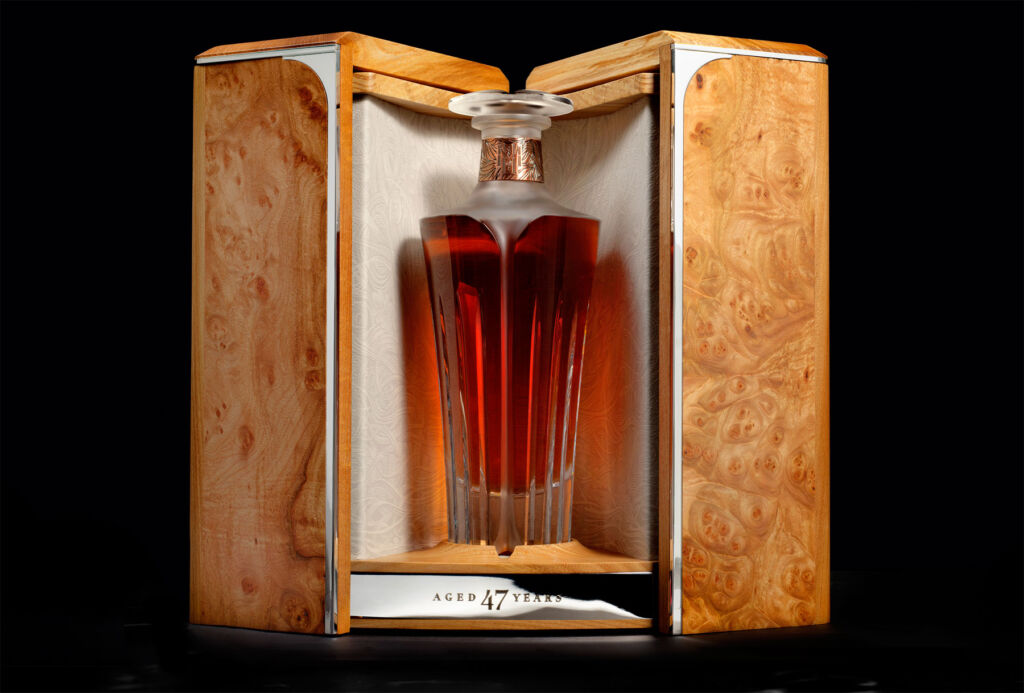 Chapter Three launch marks the halfway point of the collection and respects the history and craftsmanship within the Distillery. The passage through time was inspired by the fire burning intensely underneath the pot as magic above took place. The inspiration behind the element of fire goes back to 1854 when the most significant pot still in the world was assembled and installed by local craftsmen at the Old Midleton Distillery and managed by the skilled hands of ‘fire men’ whose job it was to control the temperature of the stills which could heat more than 30,000 gallons of liquid in a single day. The roar of the fires has been silenced, but the still remains on the old distillery site.

Back to Kevin O’Gorman, who is honoured to follow in the footsteps of previous Master Distillers, including Max Crockett, the forefather of modern Irish Whiskey; his son Barry, the creator of Midleton Very Rare and Brian Nation. Kevin hosted the event and explained the meanings behind the wood selection for the Presentation Box, the design of the handcrafted Decanter and the history of the Whiskey.

Kevin explains, “Crafted from a marriage of distillations left to mature over 47 years in a hand-selected bourbon barrel and a sherry butt, Midleton Very Rare Silent Distillery Chapter Three is a wonderfully aged yet contemporary expression of Irish Whiskey like no other.” 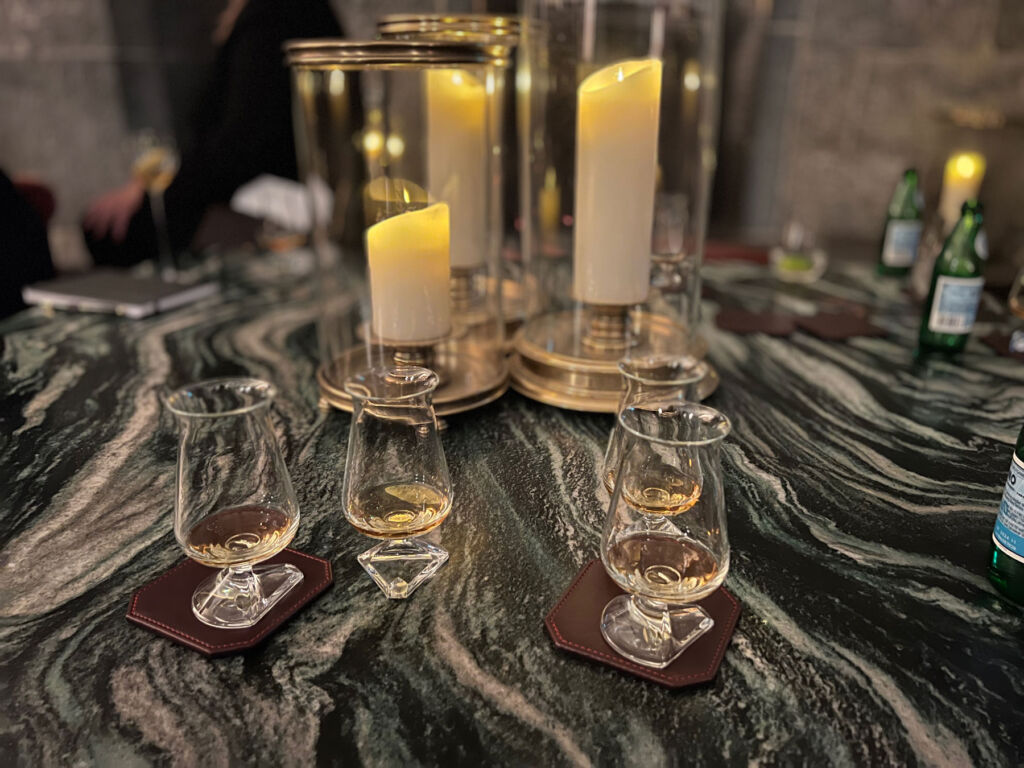 Nose:
Chapter Three smells of sugar-glazed cherries, a rich medley of forest fruits. You hint aromas of toffee from muscovado sugar and almond flake. These notes complement the oak’s enduring influence on the spirit, adding aromas akin to leather-bound ledgers worn through the ages and pipe tobacco. You continue to get the spice from the impact of the Pot Still lingering in your nose.

Finish:
The Whiskey finishes with the spices swirling on your taste buds in harmony with soft fruit flavours. Nearly fifty years of ageing create complexity and balance, allowing the rich flavour to hang in your mouth.

The experience was unforgettable, as is the Chapter Three Whiskey, which money can buy if you are fortunate to find this very rare alcohol. I tasted true luxury spiritually by sampling a unique 47-year-old Whiskey from a Distillery that no longer exists.

You can sample a drop of Midleton Very Rare Silent Distillery Chapter Three through an event at Adare Manor Hotel in Ireland on 29th November. Ticket numbers are limited for this rare and exclusive experience. Further details are available through Adare Manor.

A ballot on the Midleton Very Rare 1825 room will be held from 3rd May to 10th May, enabling winners to purchase Silent Distillery Chapter Three.

To find out more about Midleton Very Rare Chapter Three and their other Irish Whiskeys, please visit www.midletonveryrare.com.