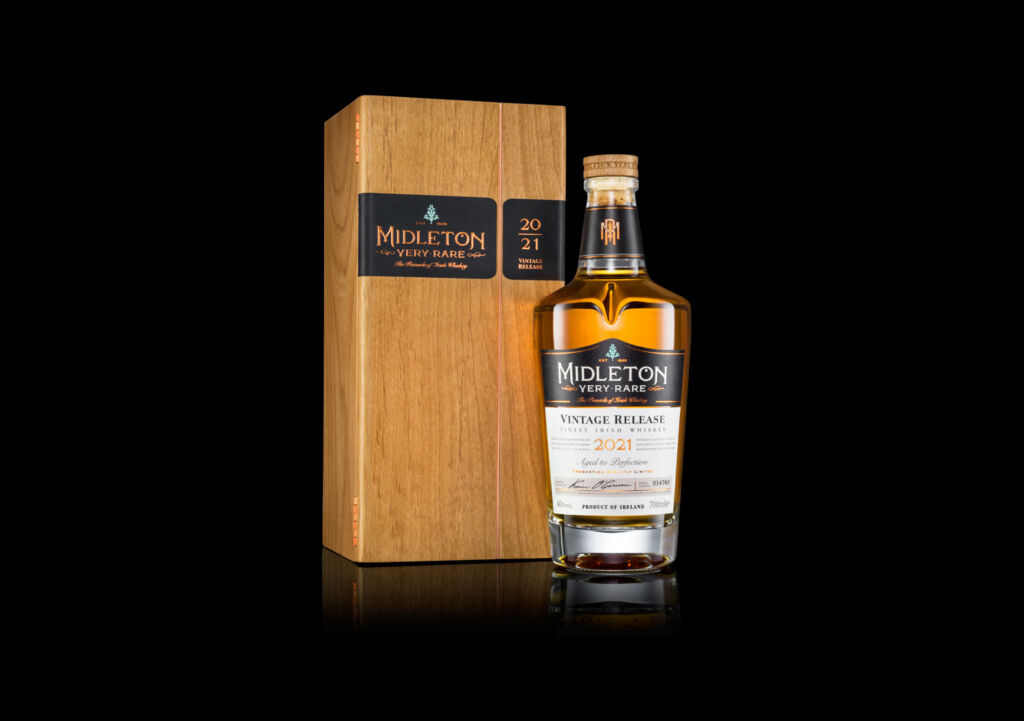 Simon Wittenberg takes a look at the 38th edition in the renowned and highly collectable Midleton Very Rare line-up, the first in the series to be expertly crafted by Kevin O’Gorman, Irish Distillers’ new Master Distiller.

With a project as important as this, Master Distiller, Kevin O’Gorman took several months to explore the finest casks in the Midleton inventory before putting his own mark on this eagerly awaited annual limited edition release.

The goal was to create a delicate and elegant whiskey that maintained a luxurious, balanced aroma and taste profile. For this, O’Gorman chose a perfect mix of first-fill and second-fill casks to enhance the wood contribution while allowing the pot still component to express itself. 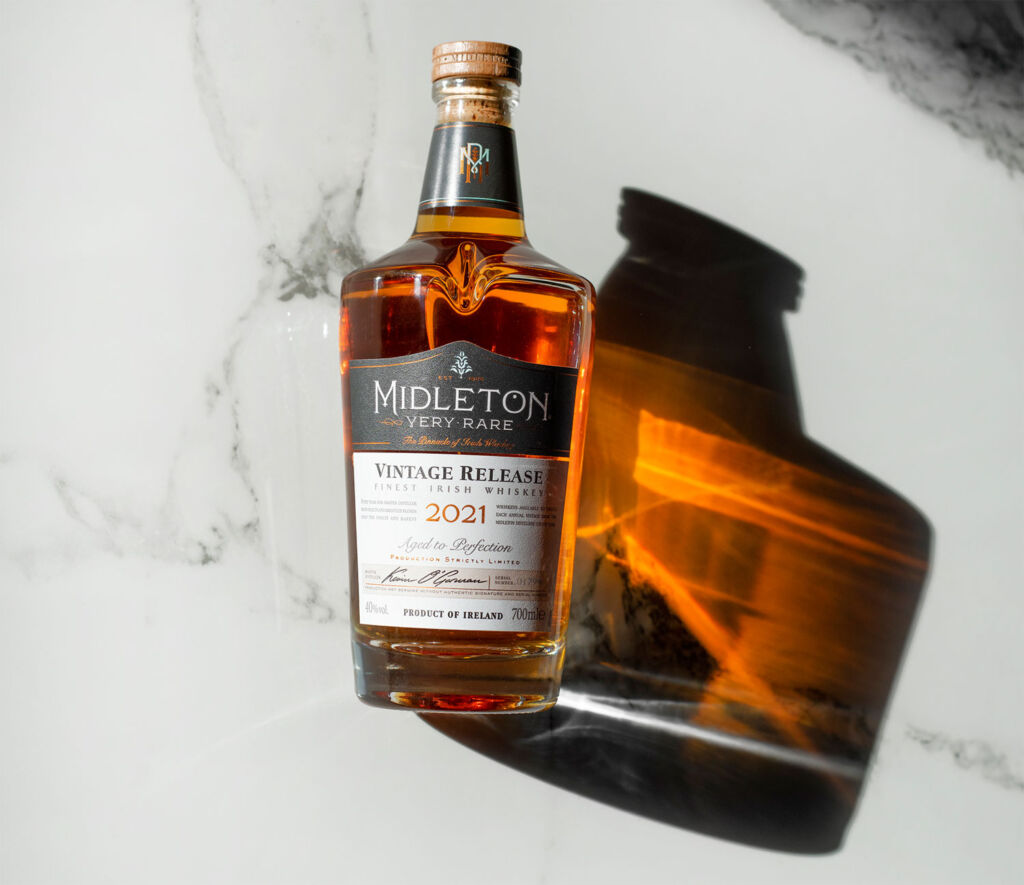 Midleton Very Rare 2021 is a balanced blend of rare and hand-selected single pot still and single grain Irish whiskeys from Midleton’s extensive inventory. It includes whiskey aged between 15 and 36 years, which has been matured in lightly charred ex-bourbon American oak barrels.

The result is a whiskey boasting a floral, perfumed character. The spectrum of flavours and aromas include baked orchard fruits, lime zest and kiwi, perfectly rounded off with mild pot still spices and soft waves of vanilla from the exceptional bourbon casks. 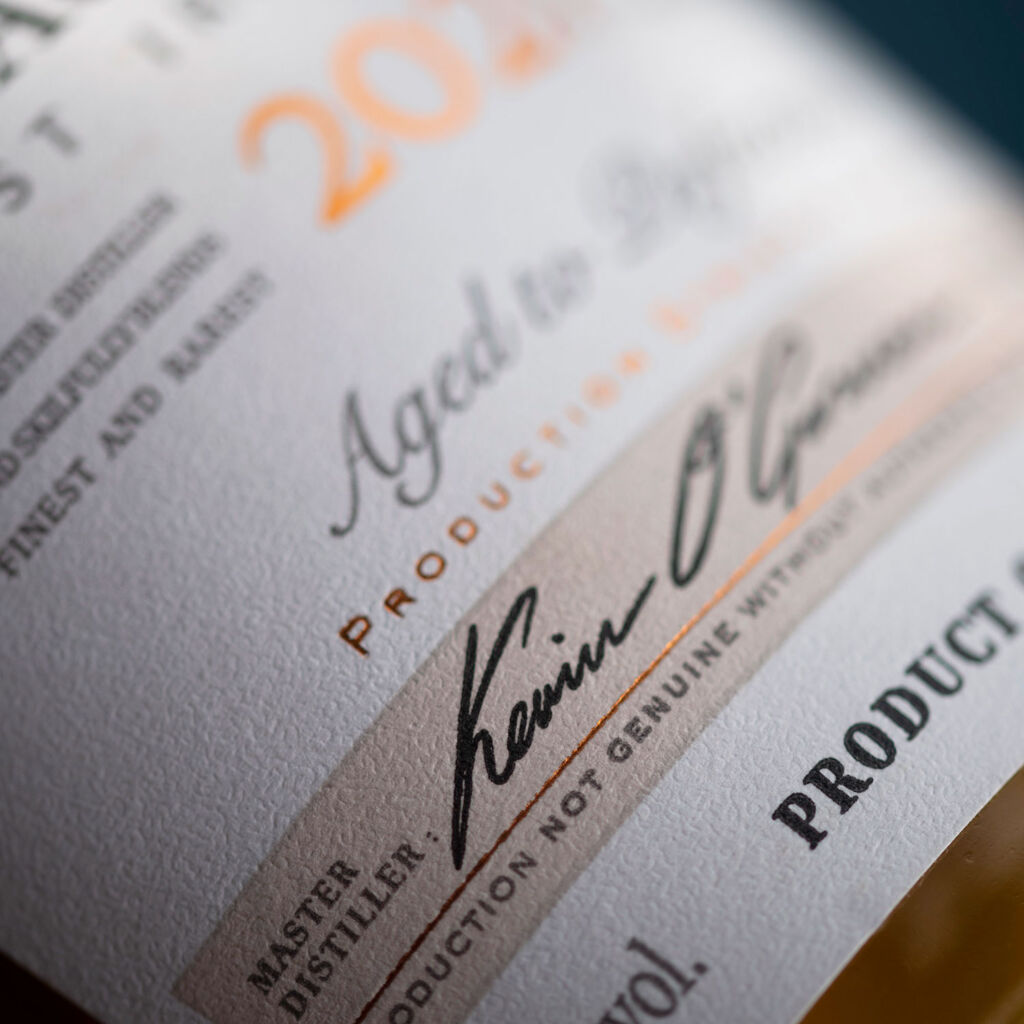 Speaking about the unveiling of the launch of Midleton Very Rare 2021, Kevin O’Gorman said that it was a great honour to have become the custodian of the Midleton Very Rare range, and to have his signature on the latest 2021 vintage.

The Master Distiller added that following in the footsteps of his predecessors was both a daunting and extremely enjoyable process that allowed him to explore some of the rarest casks.

Kevin said that he was equally proud to have been able to include distillate that was laid down in 1984, the year the collection was first conceived by Master Distiller Emeritus Barry Crockett, from who he has learned so much. 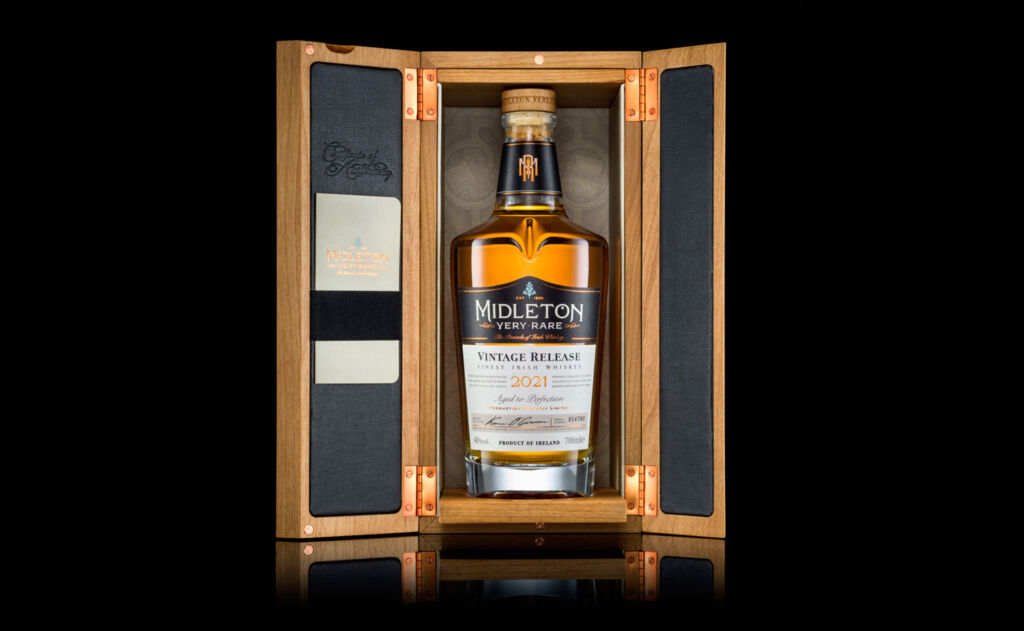 Bottled at 40% ABV, Midleton Very Rare 2021 is available online and in Ireland now and will go on sale in the UK, the USA, Global Travel Retail, Australia, Germany, France and Canada in the coming months at an RRP of €180 (around £160).

Read more articles and guides on whisky and other spirits in our dedicated section here.

Helena Nicklin Gets to Grips with the New Grapes of Bordeaux