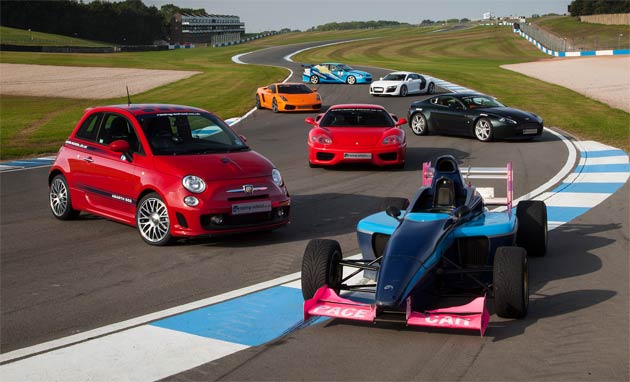 Have you ever wondered what it’s like being driven around a track in a race car by a professional driver? Well now’s your chance. Luxurious Magazine was invited to The Racing School’s launch of the Touring Car Experience at Donington Park Circuit in Leicester.

The experience comes as a performance driving package and will be available to the public in 2015. On offer is the chance to drive no fewer than five race cars around the legendary and challenging Donington Park race circuit. 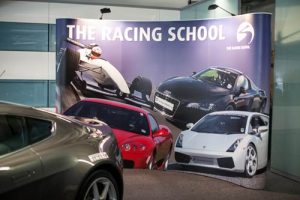 Those cars include a single-seat race car, Porsche Carrera, Ginetta GT4 and Renault Clio. It’s then onto one of the ultimate race cars available, a 300bhp variant of a 2015 BTCC racecar. All cars will have an instructor to accompany you, who themselves are trained racing drivers and will guide you around the track. To top it all off, at the end of the day, you will be taken on ‘hot laps’ at full race speeds by a BTCC Champion in one of the latest 2015 Next Generation Touring Cars.

Upon arrival at the easy to find Donington Park Circuit, we made our way to the clearly marked and sign posted Paddock car park. The weather was good, and most importantly dry. I had got to the event early and therefore managed to get a personal tour with Honda’s Yuasa Racing Team’s Marketing and Commercial Director Richard Tait Harris, who showed us around Matt Neal’s BTCC Honda Civic Tourer. These cars are amazing, with many years of motor racing research and development culminating in one serious race car. Our thanks go out to Richard for the tour. 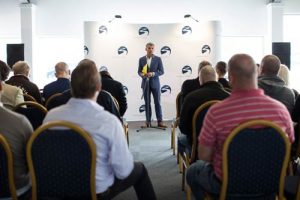 After my tour, I rejoined the Racing School for our briefing which outlined the day’s activities, a bit about the track, how to drive on it and an introduction of the new driving experience to be on offer.

Following the briefing we then made our way through to the pit area, to find lined up along the pit lane were some of the most desirable drivers cars you can find. Anyhow, pretty soon after arriving at the pits we were adorning our heads with the obligatory helmet. A head cap is provided for hygiene purposes and we recommend you wear it and then tuck it back into the helmet, as doesn’t look fetching for your photos or videos.

Within five minutes, I found myself being taken to the driver’s door of a V8 touring car, which incidentally was a left hand drive six speed manual car. The instructor welcomed me, and after a quick familiarisation of the cars controls, we were off. Being my first time at Donington, I drove it at a pace I felt comfortable, although the instructor will encourage you to drive progressively quicker and push harder on each of the 4 laps if he feels you are both confident and show ability to do so.

On the track, there are cones placed at both turning points and braking points and the instructor will guide you to each of these points and instruct you on how to get the best out of your driving and the car around the circuit. In the briefing this driving from cone to cone was described as being like drawing a dot to dot picture and you will be surprised how fast you can go if you listen to the instructor and follow these race lines. The instructors will also keep an eye on any approaching traffic from the rear and let you know where to be on the track to let them pass. 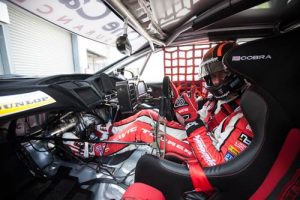 Next up for me was the ultimate ride of the day, a seat next to Matt Neal in his BTCC Honda Yuasa Racing Civic Tourer. Amongst his early accolades as a privateer and Independent BTCC race driver, Matt Neal is also the 2005, 2006 and 2011 BTCC Champion.

The car that I was actually going to get hot laps in is Matt Neal’s actual BTCC race car and after literally squeezing into the now passenger side of the Civic, strapping into the race seat via the racing harness and a hello from Matt, we were off down the track. And wow were we off, the acceleration was phenomenal and the cornering was unbelievable, it was like being on a roller coaster ride, except there were no rails. Matt was driving at full race speeds where possible and between wondering how we were still on the track at the speed we were cornering at, I managed to watch some of his driving skills and the amount of work required was astonishing. I really take my hat off to these drivers, having the fitness to drive these cars and take the lateral G forces lap after lap. Thank you Matt Neal for such a great drive, it was absolutely phenomenal.

Also at the track and taking passengers on their hot laps was Andrew Jordan in his family-run Pirtek Honda Civic. Andrew has an early background in Rally Cross and won many championships. He is also the 2013 BTCC Champion, which he won at just 24 years of age. 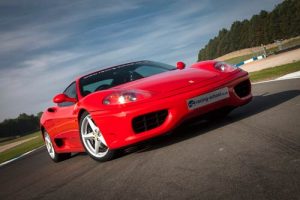 From here on I got the chance to drive a number of supercars, including the 394bhp Ferrari 360 Modena, 380bhp Aston Martin V8 Vantage, 492bhp Lamborghini Gallardo, 414bhp Audi R8 and 133bhp Abarth 500. All cars were great drives and through each of the drives I got progressively faster around Donington as I gradually got used to the track. I can’t say I had a particular favourite, as each of the cars were different and amazing in their own way. I would however say I was most comfortable driving the Audi R8 around the track and the Abarth 500 was surprising quick around the track also, considering I drove it last in that line-up.

Last on the list, but not least was a drive in a Formula TRS Single-Seater with a top speed of 145 mph, 0-60 time of 4.8 seconds from a 115bhp 1800cc Ford Zetec engine and a 4 Speed Manual gearbox. For this drive you are obviously on your own, however you do follow a pace car and if you keep up with them they will get progressively quicker to allow you to experience just some of that real single seater racing as safely as possible.

All in all it was a great experience and one I would recommend to anyone who likes cars, no matter what you think your driving level or experience is. 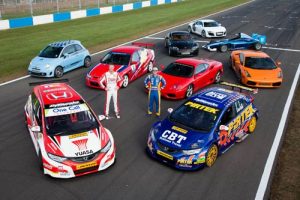 Finally some advice. It’s important before booking your driving experience, that you check your driving licence is within date, that you have comfortable clothing and a jacket (warm/waterproof depending on the weather), trainers (if you have wide feet, try to get a narrow trainer, as I found the space between the pedals on some cars tight), oh and a camera for the memories. And above all ‘have fun and enjoy yourself!’

The Racing School also operates at the Brands Hatch, Oulton Park and Three Sisters race circuits and have other driving experiences on offer that include: Formula 1, Off-road, Rally, Skid driving, Race training and Junior driving, as well as the Supercar and single seater racing mentioned above and the soon to be Touring Car experience. These all cost as little as £40 for a circuit passenger ride or from £125 for a driving experience. Bookings can be made via their website www.racing-school.co.uk.

The Touring Car Experience will be available at Donington Park priced at £849.