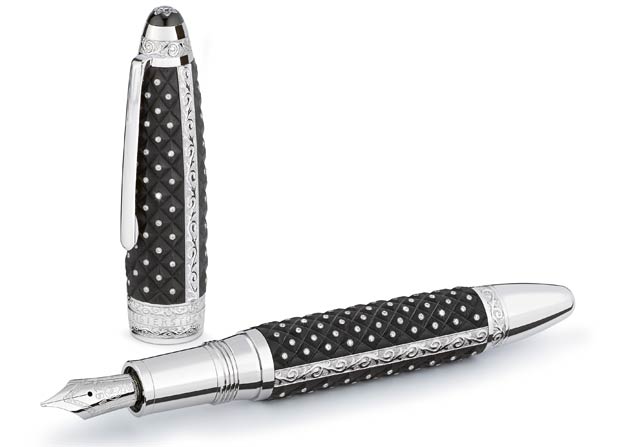 Montblanc hosted the international launch of their new Masters for Meisterstuck L’Aubrac writing instruments this week in Paris, a new collection of exquisite fountain pens which pay tribute to the excellence of Forge de Laguiole knives which are manufactured in the Aubrac region of France. 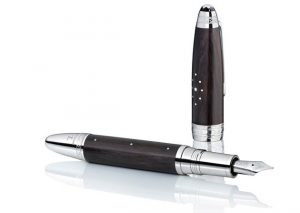 VIP guests of the exclusive luncheon which was held in a private apartment overlooking the iconic Eiffel Tower, included actress Eva Green (who played the role of Vesper Lynd in the James Bond film, Casino Royale), the sublime New-York based fashionista Olivia Palermo and her partner Johannes Huebl, a fashion photographer and Montblanc model, as well as the French fashion designer, Jitrois, who was joined by his muse, Sarah Marshall. A special address was also given by Christian Rauch, Montblanc’s Managing Director of Writing Instruments and Leather Goods, as well as the CEO of Forge de Laguiole, Thierry Moysset.

Since 1924, the exceptional Meisterstück fountain pen has symbolised Montblancʼs dedication to excellence and their desire to celebrate other artisans who are masters in their domain. In 2010, they initiated the Masters for Meisterstück product line when they collaborated with Meissen porcelain, and has this time incorporated elements of the exceptionally crafted Forge de Laguiole knives. Hand-crafted by a single artisan from start to finish in up to 180 individual operations, a Laguiole is more than a cutting utensil, just as Montblanc Meisterstück is more than just a fountain pen.

Drawing on each otherʼs expertise, the craftsmen of Montblanc and Forge de Laguiole worked together and fused their respective heritages to produce three limited editions, namely the Atelier Privé (restricted to eight pieces and costing £43,000), the Artisan (limited to 50 pieces and priced at £17,200) and the £1,680 Special Edition which all represent truly sublime artistry, precision, and unmistakable values. Mirroring the traditional techniques employed by their respective craftsman, the writing instruments feature design details including intricately carved ebony, Brazilian and grenadilla wood, ornate 18-carat gold nib and fittings, caps crowned by a Montblanc Diamond, in addition to tiny sterling silver rivets inspired by the handles of Forge de Laguiole knives.

These elegant writing instruments are destined to be treasured by connoisseurs of true craftsmanship, people who share the timeless values of tradition and dedication represented by Montblanc and Forge de Laguiole.