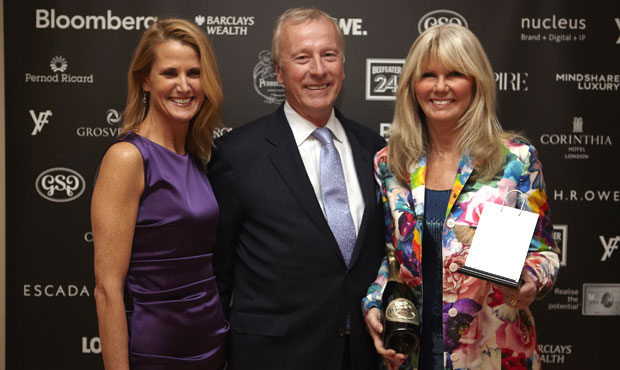 Montblanc has won the ‘Best Support for Art and Culture’ category at the 16th annual Luxury Briefing Awards, the equivalent of ‘The Oscars’ for the luxury sector, which was held at the Corinthia Hotel in London, UK.

The prestigious accolade, which is determined by a panel of highly-respected industry leaders and opinion formers including the founder of Luxury Briefing, James Ogilvy, and Mimma Viglezio, the former Director of Communications at Gucci and Bulgari, recognises the work undertaken by international enterprises that support artists and advance practice through innovative creative collaborations in the business arena.

The engagement with the arts and artists has long been embedded in Montblanc’s corporate philosophy. This year, the organisation celebrated 10 years of their Cutting Edge Art Collection which was founded in 2002 to promote individuals who were on the verge of becoming well-known at the time that they were commissioned. The initiative now boasts over 160 pieces of art from designers across the globe, many of whom have received international recognition.

Furthermore, the Montblanc Cultural Foundation has initiated and supported worldwide projects since 1992 in the domains of contemporary arts, young theatre, and classical music. The emphasis is on the funding of young artists, and the delivery of the Montblanc de la Culture Arts Patronage Award to supporters of the arts across 12 countries. To celebrate the 20th anniversary of the programme, the UK title was bestowed to HRH Prince Charles in acknowledgment of his long-term, outstanding support, and commitment to contemporary arts.

Speaking after the Luxury Briefing Awards ceremony, Ingrid Roosen-Trinks, Director at the Montblanc Cultural Foundation, said: “We are delighted to have received such a prestigious award. This achievement is a culmination of the hard work carried out by our patrons during the last twenty years and a reflection of Montblanc’s dedication to promoting worldwide creative talent and young artists.”